Anne Faith Nicholls has always pushed boundaries in her art and with her latest collection, she is calling on art institutions to do the same.

The AFN Collection, self-titled, is Nicholls’ first independent art release in four years. A 2003 graduate from Academy of Art University’s School of Illustration, the surrealist painter spent most of her career creating art to be hung in galleries and museums, from the Bristol Museum of Contemporary Art to last year’s Martin Lawrence Gallery show in New Orleans, which was when we last spoke with her.

In comparison, the AFN Collection is available online as a webshop featuring exclusive art offerings and female-focused collaborations, with a portion of sale proceeds donated to female-focused charities such as WriteGirl LA and Planned Parenthood. This shift was motivated by Nicholls’ desire to separate herself from the institutions that she said expressed, “an alarming disparity in the support, funding, camaraderie, and exposure female artists were getting compared to their male contemporaries.” 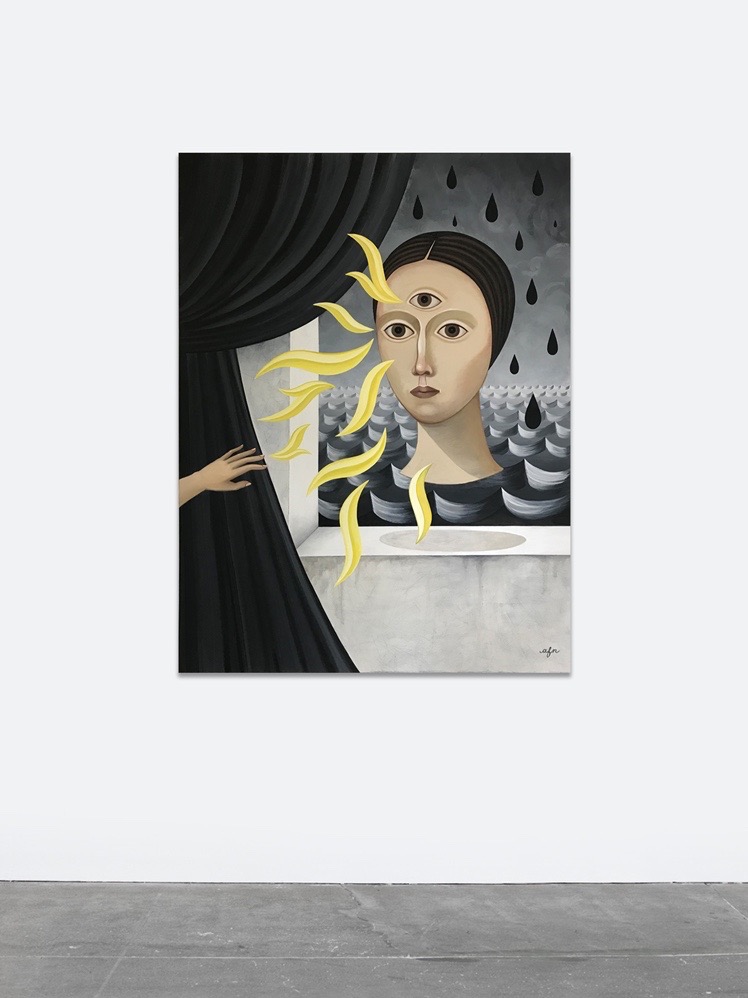 “Even in the best-intentioned organizations, this was across the board, at all levels, and a systemic cultural problem in the art world that I’ve found myself up against, in some way or another, for the entirety of my career,” she said. “Like many, I was sick of seeing the same old dead white male artists predominantly represented in every museum, and hearing about important female curators being let go of left and right.”

Nicholls drew inspiration from other exhibitions exploring these same issues, such as “The Guerilla Girls” at the Centre Pompidou in Paris and “An Incomplete History of Protest” at the Whitney Museum of American Art in New York. She does admit conditions for artists such as herself and from other marginalized communities are improving but said there is still a long way to go, now preferring to collaborate with galleries and collectors that recognize and support the shift.

“AFN Collection is my personal way of filling that gender gap, by using my platform to focus on female artists, and connect directly with the collectors that believe in them,” she explained.

Some female artists Nicholls mentioned include California ceramist Molly Schulps, New York artist (and singer-songwriter) Kendra Morris, and California artist-on-the-rise Sofia Enriquez. For her own art, Nicholls’ newest collection is a visual representation of her evolution as an artist—minimizing on the color palette but dialing into the symbolism baked within. Nicholls embarked on an “art pilgrimage” for inspiration, staying in Salvador Dali’s actual home in Portlligat, on the eastern tip of Spain. 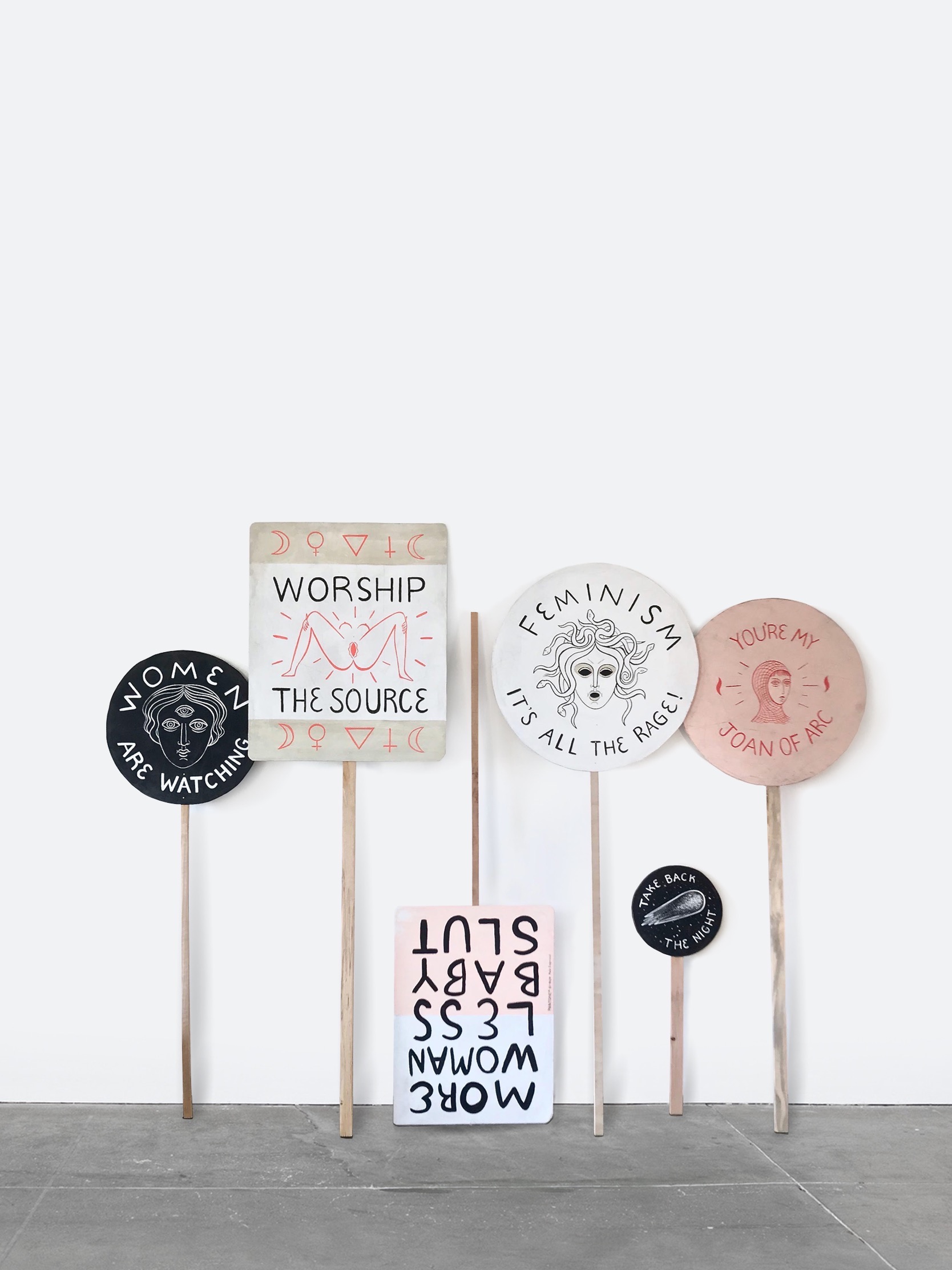 “Seeping in the history, culture, and energy of the land of past masters was magical and inspiring,” said Nicholls. The AFN Collection is rife with the Spanish surrealist influence from this trip. The breadth of Nicholls’ work still rests upon her vision for mystified surrealism and feminism, describing her painting process as “employing classical painting techniques, relying on subconscious recognition for narrative, and addressing contemporary themes.” Tucked away in her work are hidden messages and ideas, a continuation of Nicholls’ inward self-discovery.

“For AFN Collection, my works have evolved to be less whimsical, more minimal, more design-driven, and a bit more subversive if you look hard enough,” she said.

No one said being an artist was easy, but even a seasoned and coveted artist such as Nicholls can still struggle for recognition from art institutions. Her main piece of advice to battle against it is to simply keep creating and building, both art and community. She said the more young artists connect with other artists, more opportunities will arise.

“The more you support others’ work, the more they’ll support you. The more people see your face, see your work, and see your name, the more likely they are to consider you for their next project,” she said. “Keep good company, and surround yourself with others who uplift you.”

The Mujer who Sparked a Movement