The Mujer who Sparked a Movement

It started three years ago when a published article failed to credit her as the artist of a mural that appeared in a photograph. When she called the editor to point out that another artist—a man—had been credited for her work, she said she was brushed off. The incident sparked an idea and an Instagram account that she called the Do You See Me Movement.

The artist, a former Academy of Art University student, identifies so strongly as a woman and as a mural painter—following in the tradition of the social muralists like Diego Rivera and David Alfaro Siqueiros—that she goes by the moniker Mujer Muralista (which translates to “Woman Muralist” in Spanish).

“Don’t see me? Oh, I’m gonna make you see me,” Mujer said, recalling the fire she felt back then. “It started from that hurt place. But I’m resilient and I began this platform to highlight the disenfranchised.” She reached out to other artists who were women of color and those who identified as LGBTQ and nonbinary and asked them to share and tag photos of themselves in front of their artwork with a handwritten sign in their native language that demanded, “Do you see me?”

Since then, Mujer has not only grown the Instagram handle to nearly 4,000 strong, she has also created a children’s coloring book, has led community mural projects in Oakland, where she was raised and still lives and has plans to take her workshops to Chile, where her family traces its roots. 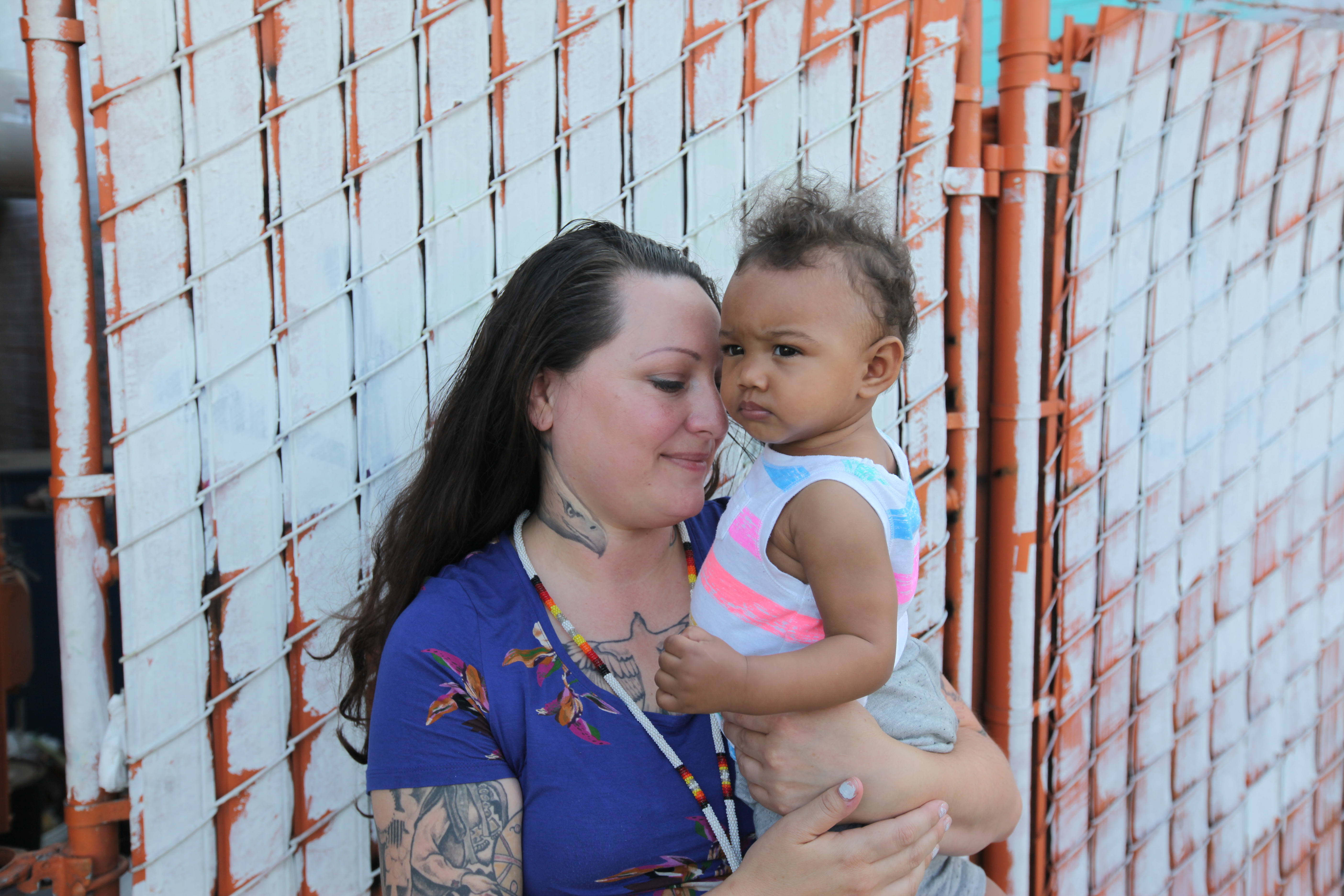 Mujer Muralista with her 11-month-old, Soledad. “She’s watching everything I do.” Photo by Erasmo Guerra.

Most recently, Mujer completed a commission that she received from Google to create an installation at their San Francisco headquarters, which went up in late August on the three-year anniversary of the Do You See Me Movement.

Days before the Google commission was due, Mujer was at La Casita in East Oakland, where her murals of La Virgen de Guadalupe grace the local taqueria. The owner Nolberto “Beto” Martinez credited the art with attracting customers. “Murals help like crazy—forget it,” he said.

With her 11-month-old, Soledad, on her lap, Mujer admitted that looking back, it seemed like another life when she first enrolled at the Academy in 2005 as a film student, majoring in film editing. She’d always seen herself as entrepreneurial and so she said she left the program once she learned enough tools to start working professionally.

Later, when she began to teach, she returned to the Academy and enrolled in the School of Art Education to earn a credential. On this second academic stint, Mujer was pregnant with Soledad, teaching in after-school and community-based programs, and while she didn’t graduate, she still carries the positive impact from the classes she attended. “It was very encouraging for me to see the women who were teaching. It gave me a point of reference that I could do it, too,” she said. “Representation matters.”

Mujer’s own mom was a teacher for 30 years. “I was always rebelling and this time it got me. I came around.”

She had always painted and drawn, but things truly clicked for Mujer as an artist when she started doing murals. Before she used art to check out, now it was more of an inward creative process, “Like I’m checking in,” she said, not just with herself but with her community.

“Murals are a good opportunity to unite people, bring the community together,” Mujer said. And if her murals get tagged with graffiti? She shrugged. “I’ll just touch it up. I’m not discouraged by it. Sometimes they’re just youth who need an outlet. Maybe it’s someone who doesn’t have the resources to communicate what they need. You just have to read between the lines as an educator, community member, space keeper, mom.”

She said that last part “mom” with a chuckle. Now that she’s a mom herself, Mujer said she’s more driven to make art and make a difference. Looking at her little one, who looked right back at her, Mujer said, “She’s watching everything I do, so I’m gonna kill it. I’m gonna do this thing.”