Social media has become a much more vital instrument within the creative tool box and Academy of Art University School of Landscape Architecture (LAN) alumnus Eric Arneson knows firsthand how social platforms can be a display for current work as well as create new opportunities for the future.

Just as he uses a Pilot Razor Point II pen to keep his renderings accurate, Arneson’s Instagram account keeps his portfolio sharp as well. Recently, Arneson, who graduated from the Academy in 2016, was selected by Alvin Drafting, a drawing tools manufacturer, to be a featured designer in their YouTube tutorial videos based on the strength of his Instagram profile.

“I post a lot of my process drawings and concept sketching using drafting supplies, pens, scale bars, rulers, straight edges,” Arneson explained. “They wanted to work with influencers from within three spectrums of design so they reached out for some insight on how to use their products.”

“At Alvin, we have focused so much on architecture that you forget that someone also has to design the exterior space, not just the building and interior space,” said Brett Bryan, Alvin Drafting senior brand manager, who initially reached out to an architect and industrial designer for their YouTube channel. “We loved Eric’s marker rendering and thought that his style would be great to showcase, along with the idea of architects and students learning how to punch up the landscapes and exteriors of the structures they are designing. Eric has some great tips and techniques.”

A look at one of Arneson’s tutorial videos for Alvin Drafting.

The company flew Arneson out to Connecticut to shoot a series of videos at their studio headquarters. Producing a total of seven videos, Arneson discussed sketching tools, line drawing and the rendering process, from site planning and line drawing to trees, decks and coloring.

Shot in two days, Arneson said being on camera took some getting used to. In the videos, he goes into detail on specific tools he’s using, explaining his techniques and visualizations. Drawing a rendering front to back, a perspective for anyone viewing the tutorials (architects and non-architects alike) to catch a glimpse on how one of the best in his field goes about his business.

“It was much more different than actually doing [the rendering],” he said. “Explaining while you’re doing it, I never do that—I just put on a pair of headphones and I just go with the flow of the design process.”

Heather Clendenin, LAN online director, remembers Arneson “as a sponge,” taking advantage of all that the Academy had to offer and really exhibiting how ingrained his skills are in the way he articulates himself in the Alvin Drafting tutorials. “Eric illustrates with words and his actions how to do things properly,” Clendenin said. “He has all of the details down: From rolling the trace out and placing it roll-side down and taping it diagonally, he’s got a great eye for color. If somebody watches those [tutorials] carefully, they’re going to learn a lot.” 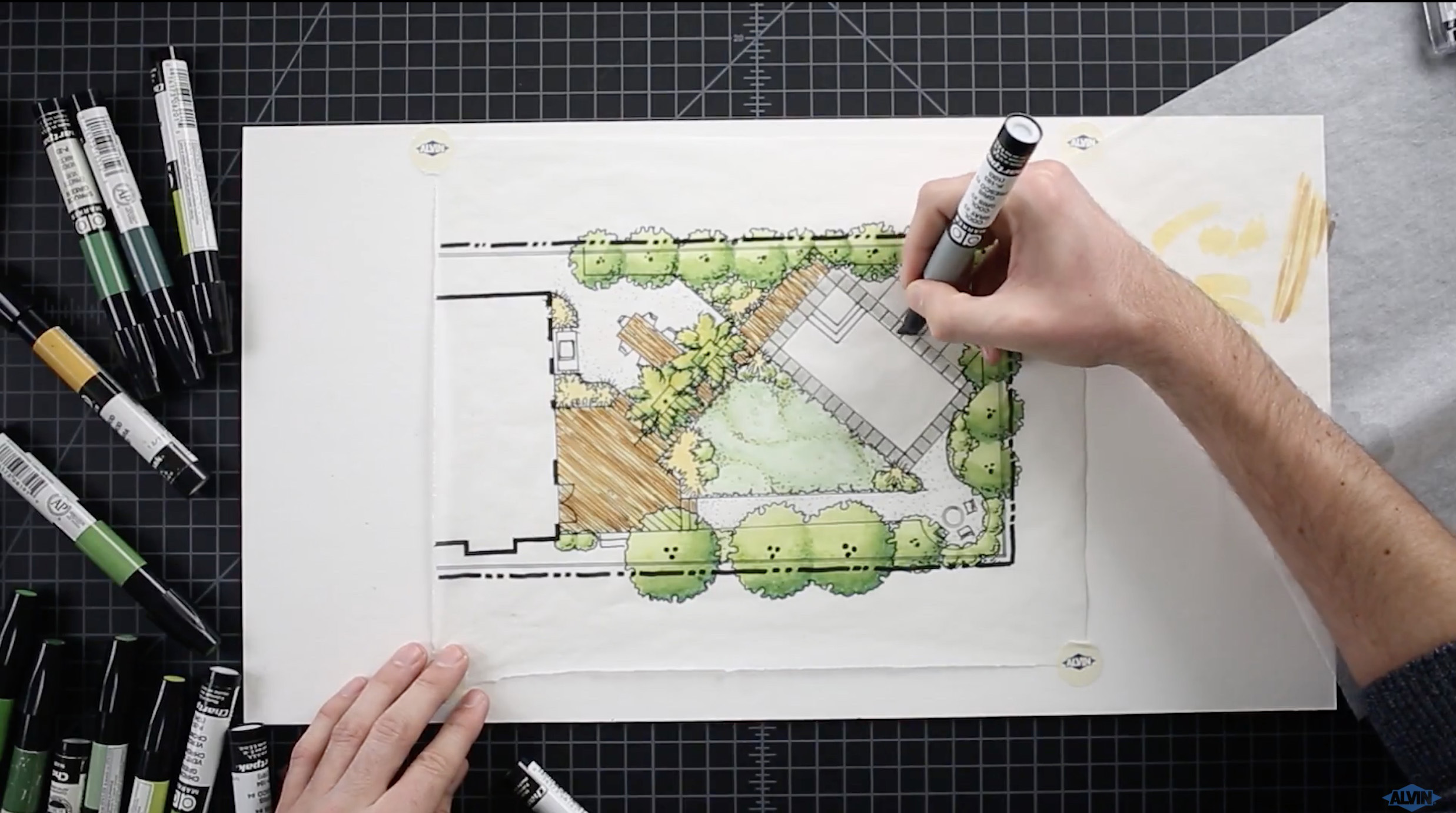 A look at one of Arneson’s tutorial videos for Alvin Drafting.

Arneson is no stranger to implementing technology to landscape architecture. He’s a certified FAA pilot and uses drones for site surveying. He treats his Instagram account as a “live portfolio,” where he regularly connects with other like-minded designers and potential clients, noting it’s incredible potential for exposure.

“[My Instagram] is always changing, showing my trends and how I’m adapting and fluctuating in my profession,” he said. “It doesn’t always have to be a pretty picture, it just needs to be something that shows the process and I think those are the things that are really valuable. I couldn’t recommend it more that people constantly post on Instagram. It’s going to get you attention, especially if you’re talented.”

Industrial Design Alumnus on the Importance of...