Three Academy of Art University School of Architecture (ARH) faculty members have made a name for themselves this year as the international architectural firm PRÁCTICA. Jaime Daroca Guerrero, José Ramón Sierra y Gómez de León and José Mayoral Moratilla head the firm, which has been awarded multiple prizes for architectural excellence this past year.

The three architects all originally hail from Seville, Spain, but did not meet until they attended Harvard GSD’s Master of Architecture II program in 2013. Between them, the three architects have experience working for prestigious design firms such as Herzog & de Meuron and E2A in Switzerland, Sergison Bates and David Chipperfield Architects in London, Rafael Moneo and Ábalos Sentkiewicz in Madrid.

“We actually think that in a way we have a quite similar background. We somehow have the same foundation. We all went to school in Spain. Then the three of us went to European offices, then to Harvard, then were involved in academia,” said Mayoral.

Sierra cites this varied but shared experience as a crucial key to their success. “There’s obviously huge differences in both the academic and professional worlds between Europe and the U.S. At the academy level in Europe, architecture is taught in a very technical way. There’s not such a deep sense of theory like in the U.S. For us, it was extremely useful to have both experiences,” said Sierra. “It helped us have the critical eye of the European education and somehow combine it with the theoretical background of teaching in the U.S.”

PRÁCTICA won multiple awards in 2017, the first of which was The Green City Block, a sustainable public housing design competition for Malaga, Spain. “The brief of the competition was to propose a new city block where the car and private transportation is reduced and pedestrian traffic and alternative transportation are considered,” said Daroca. “The density of the street is reduced to the minimum to reconsider the way we live and the way we use buildings and private residences. The framework we used in this project touched on many different disciplines. I think that’s how we won out of over 100 proposals.” PRÁCTICA’s innovative proposal “AL SUR” additionally restricted almost all use of vehicular transport within the block to promote a new model of pedestrian living. 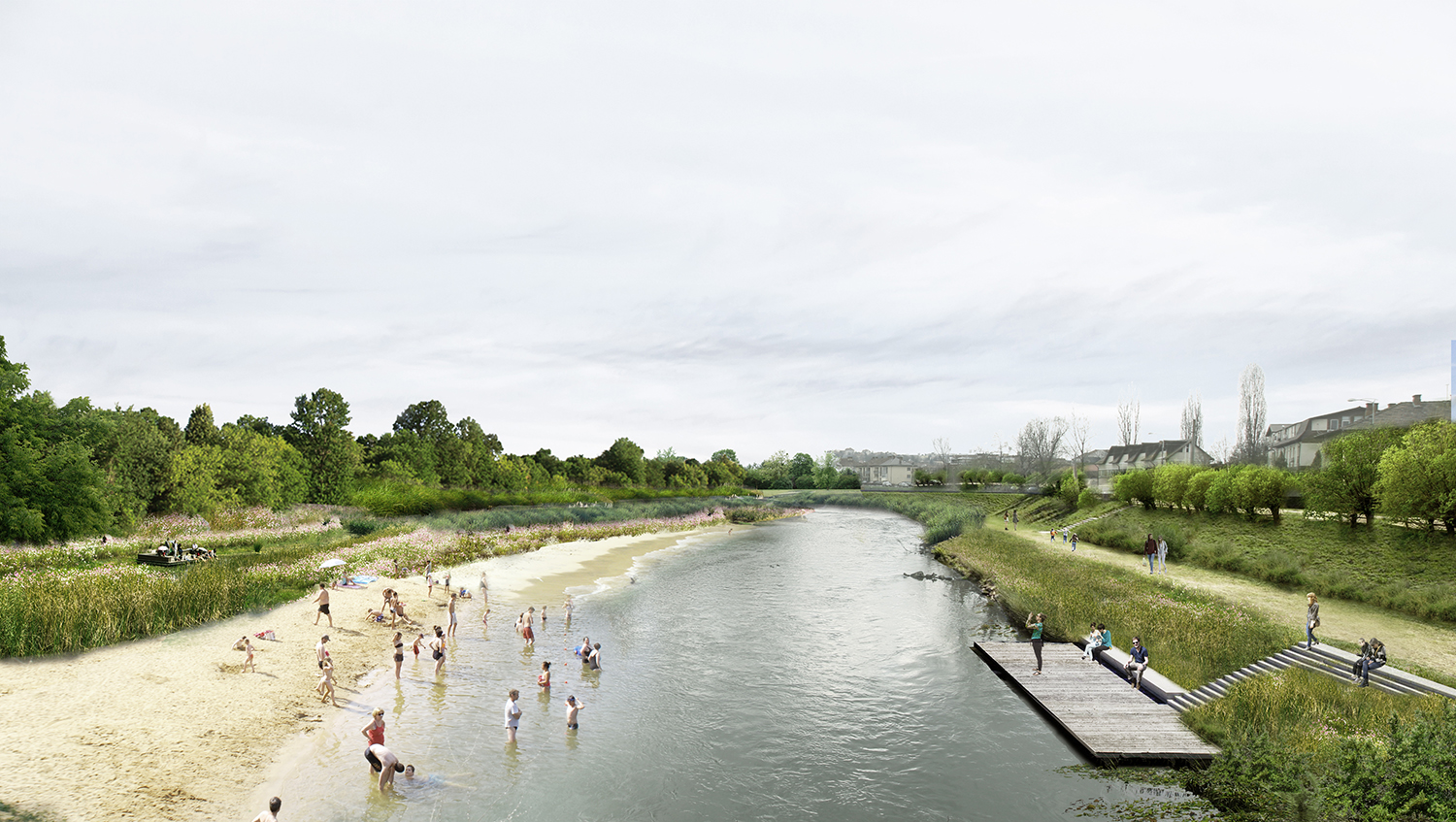 PRÁCTICA also won Rethinking Somes, another major competition requiring environmental innovation for project proposals. “The competition really called to tie the river Somes into Cluj-Napoca, the cultural capital city of Transylvania in Romania. We tackled this competition not by building individual pieces of architecture but by thinking about strategies,” said Sierra. “This is something that we learned from Harvard, not just in architecture but also in landscape and urban planning. One of the big things at Harvard is that you interact with lots of people in other programs. Over there we realized that landscape is not what we tend to think about it in Europe, it’s about combining disciplines with a unified goal and strategy. We separated the system by layers and we united them under a strategy.”

PRÁCTICA’s work has been recognized on a global scale for excellence and innovation; most recently, they received first prize for their proposal of a 2,400-unit structure that will create a panoramic view of the Andes and San Cristóbal Hill in Santiago, Chile. Their unique background experience has allowed them to combine fresh perspectives with traditional design principles. “We try to approach each project with new eyes. There’s no standard way to approach every project in our office,” said Mayoral. “We try to customize each project. We have projects in very diverse places, but we try to design each project based on local conditions and specific considerations.”

Academy students can take courses with each of the three instructors through ARH’s online offerings. For more information, please visit academyart.edu.

Flowing Through a Crisis

Capturing the Magic of Italy

Capturing the Magic of Italy

Flowing Through a Crisis