That philosophy, which they both absorbed while studying at the Academy of Art University, rang true recently. They had designed a bedroom for one client, whose style Carlson and Perry described as a union between bohemian and elegance. Little did they know that later, the room would serve as the client’s refuge when she was bedridden. Their design, fusing their touch and the client’s comfort zone, ended up a sanctuary in the truest sense. 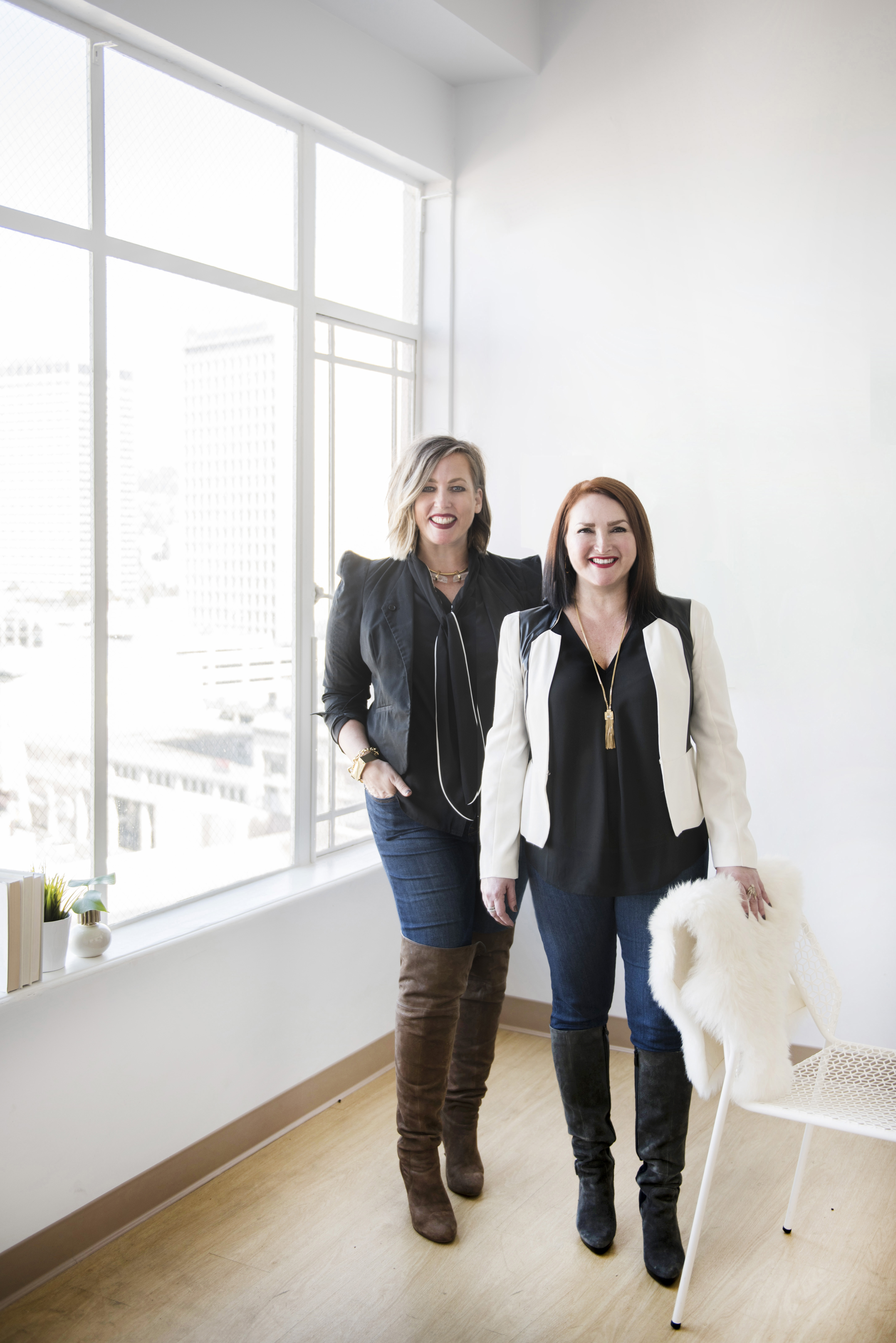 “To us, a sanctuary is a place that expresses a client’s personal tastes, emotions, collections, and general vibe. So, getting to know what someone’s sanctuary means to them is a process of getting to know the client and what means the most to them,” Carlson said.

Client relationships and the problem solving that sustains them form the heart of Carlson and Perry’s Berkeley-based interior design firm, Mas Design, LLC.

It’s a passion that flourished as second careers for both; Perry, who earned her undergraduate degree in graphic design, specialized in branding and corporate identity before enrolling in the Academy’s School of Interior Architecture & Design (IAD), initially drawn to the school’s flexibility.

Carlson worked in the nonprofit sector. “I love that kind of work but I always had the feeling that I wasn’t doing what I was put here to do,” she said of her pre-design days. “I felt this need to connect with my creative self.” Looking for her calling, she arranged informational interviews with people in different creative professions. When a designer friend broke down the daily tasks of interior design, she found it the most intriguing—a life of “working with vendors and tradespeople and artisans.” “A lot of people think it’s this big glamorous to-do,” said Carlson, “and really you’re working with people that are helping you create.”

Carlson and Perry say being on similar life paths formed the basis of their friendship, which took root in IAD instructor Ernest Mariotto’s materials class. They described it as a sociable environment, where class projects and presentations formed long-lasting friendships.

“We were the older ladies in the class, so we gravitated toward each other,” Perry said, as the two laughed.

“Speak for yourself!” Carlson replied. 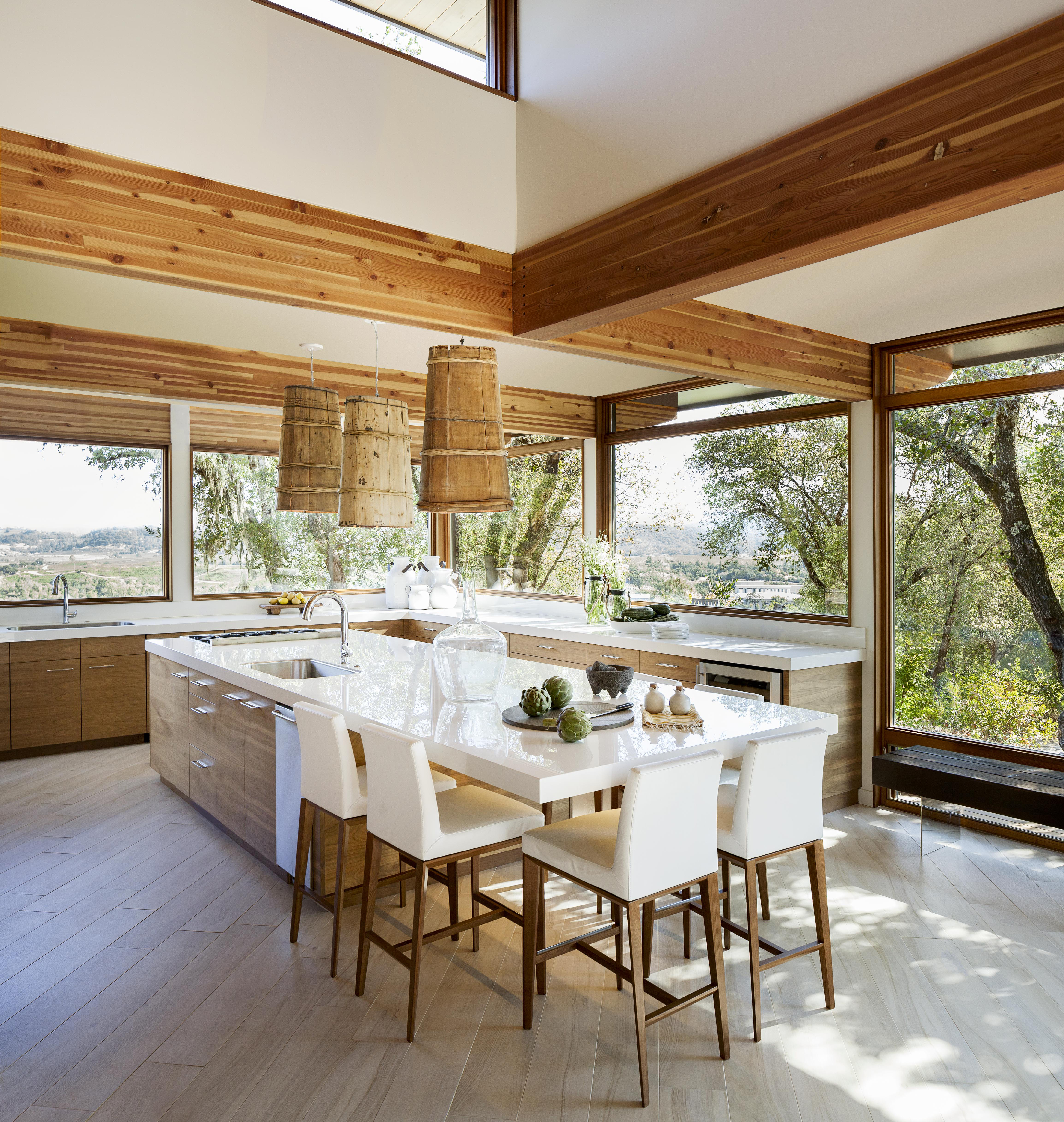 A home in Sonoma County, which was also featured on the cover of Modern Luxury Interiors California magazine. Photo by Helynn Ospina.

Since 2014, they’ve been principles at Mas Design, specializing in mainly residential interiors. In perusing their diverse portfolio, it’s hard to pin down one aesthetic. Carlson said that she often describes Perry as “more uptown” and herself as “more downtown.” Indeed, their projects seem to run the style gamut. Some designs lean toward the dramatic and whimsical, like a bright, saturated pink bathroom with chic gold accents. Others are more sleek and classic, like an airy luxurious home that juxtaposes harmoniously with its wine-country surroundings.

However, precise attention to detail rules everything. They described their clients—with cosmopolitan sophistication of a big city but often a brave edginess defining the San Francisco Bay Area—as a happy marriage for their combined styles. Carlson also mused that they’re creating within an interesting moment within the interior design world, where they’re seeing interesting shifts. “I think the culture of interior designing is changing from being a standoffish, elite, kind of snooty or snobbish kind of environment to one of real communication, real collaboration with our clients,” she said. “It’s a good human experience.”

They both say the Academy helped them prepare for the workforce, especially when instructors took them out into the field. “There were a lot of tools that the Academy gave us, for example, going to the design center and looking at materials … As a professional going into the design center and sourcing for a real project, we already knew what we were doing … We were familiar with the grounds, with the vendors,” Perry said.

At the end of the day, it’s not just about creating a space—but serving those living in it.

“It’s about having good, solid projects with clients that appreciate you,” said Perry. “And that you can provide them an environment that they enjoy afterward for years.”

Q&A: Catching up With Jenny Johansson