Director Janice Engel was asking her students to scream at her. “Are you guys ready to raise hell with me?” she asked. She’d leapt up on stage at the 79 New Montgomery theater and pointed her smartphone camera toward the audience. “On the count of three, yell, ‘Raise hell!’”

The crowd, including many students, instructors, and faculty from the Academy of Art University’s School of Motion Pictures and Television (MPT), was happy to oblige. Yet, the ensuing roar was nothing compared to the riot that soon played on screen. In one of the first shots, journalist Molly Ivins, wearing a warm smile and bright red top contrasting with the pale, sparse hair of her last years, steps behind a podium and delivers a few barbs of her famous wit. 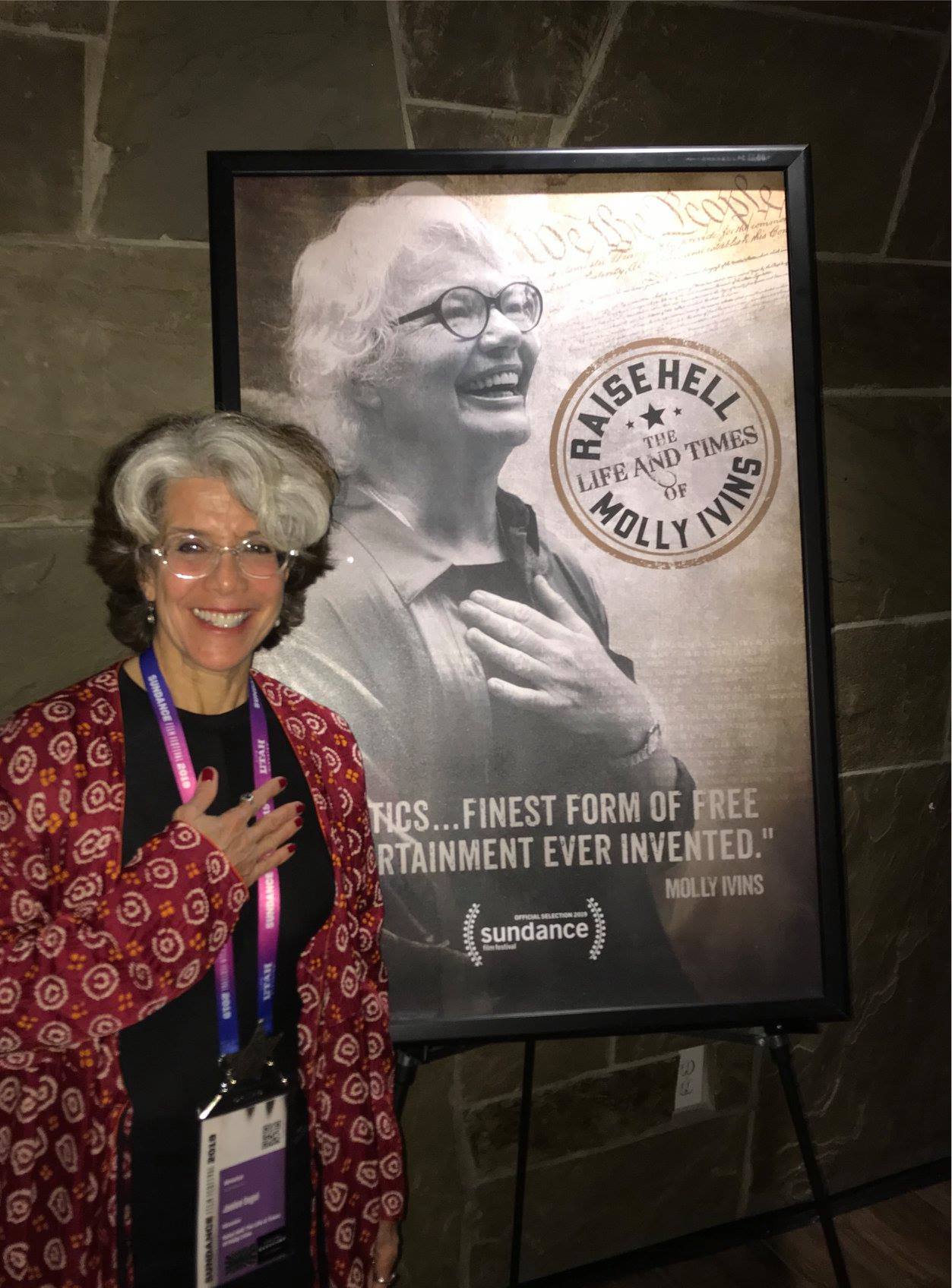 The clips that follow—some from late-night talk shows, interviews, and speeches—showcase her larger-than-life personality, insights, and career. At her height, almost 400 newspapers published her column.

Ivins is the subject of a documentary produced and directed by Engel, an MPT instructor titled “Raise Hell: The Life & Times of Molly Ivins.” Ivins was a trailblazing news reporter before establishing herself as a brazen, maverick political columnist and hilarious force often compared to Mark Twain. Her political insights were illuminating and prescient—prioritizing giving voice to the voiceless—yet deeply hilarious, as many on either side of the political spectrum agreed. Through clips and archival footage that Engel spent six and a half years digging up and wrangling, we see the Texas-bred fierceness that was Ivins.

Earlier this year, the film screened at the Sundance and SXSW film festivals and it has a 100 percent rating on Rotten Tomatoes. At the screening, Engel announced that it’s also been picked up by Magnolia Pictures, soon available in more theaters.

This screening on Tuesday, May 7 also revealed Engel’s titanic documentary-making endeavor. Engel was candid about sharing challenges and the grit needed to surmount them. She said that many of her students have seen bits of this project over the years. “How much passion do you guys have—you guys with the short attention spans?” Engel asked.

Interviewing Engel after the film was Executive Director of the Schools of Entertainment Jana Memel. Her first question: “If you could ask Molly Ivins one question, and it wasn’t about Donald Trump, what would you ask her?” It touched on feedback many have had—that if Ivins were alive (she passed from breast cancer in 2007), she would’ve had a field day with the current administration.

“Nobody’s ever asked me that,” Engel replied, before answering: “How do you get her message and what she was all about out to the younger generations coming up who don’t read newspapers and don’t really dig in to find out what’s going on? How do you wake not just our kids who are coming up, but the whole world?” 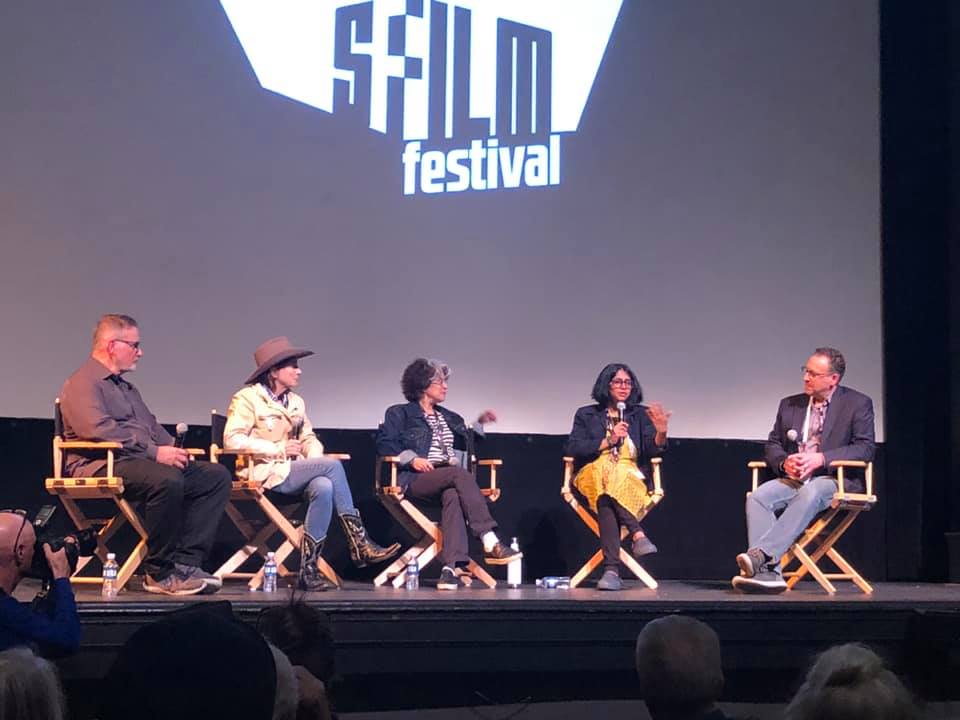 Engel (center) took part in a Q&A for “Raise Hell” at the 2019 SFFILM Festival. Photo courtesy of Janice Engel.

She said the biggest challenge was funding. Engel shared that the key was tapping into Ivins’ constituency. Once that happened, they raised more than $120,000 on Kickstarter.

The second biggest challenge was digging in, sifting through fathoms of archival footage and materials. She added that they captured more conflict as they went along, which is something she teaches students.

Thus, a big topic of the evening was Engel’s task in condensing the film. One student asked how many “babies” Engel killed—referring to beloved clips she didn’t have room for. She answered, with a laugh, “I have a room full of babies!” adding that her select reel is about seven hours long, with a joke reel that could reach four. “Molly was Twitter-ready, guys,” Engel said.

Engel also chronicled Ivins’ personal demons, namely her alcoholism. It was a necessary aspect to highlight—both in capturing Ivins truthfully and keeping the film from lapsing into hagiography. “She’s a fully three-dimensional person who lived. Nobody’s perfect,” Engel explained.

Other students asked how she discovered Ivins (through a play), what she learned from her (she practically earned a graduate degree in political science in making the film) and why it was useful to bring on another editor (a “second pair of eyes”).