A Tribute to ‘90s Skate Culture

The film revolves around Stevie, played by Sunny Suljic. At the film’s beginning, Stevie is lonely, friend-less and lives with his abusive older brother Ian (played by Lucas Hedges) and his neglectful mother Dabney (Katherine Waterston). Despite Ian’s frequent beatings, Stevie idolizes his brother and his collections of hip-hop CDs, Jordan sneakers and baseball caps. Stevie’s at that tender age when what we consume molds our underlying identity, but with such destruction at home, Stevie is lost and ultimately feeling discarded. 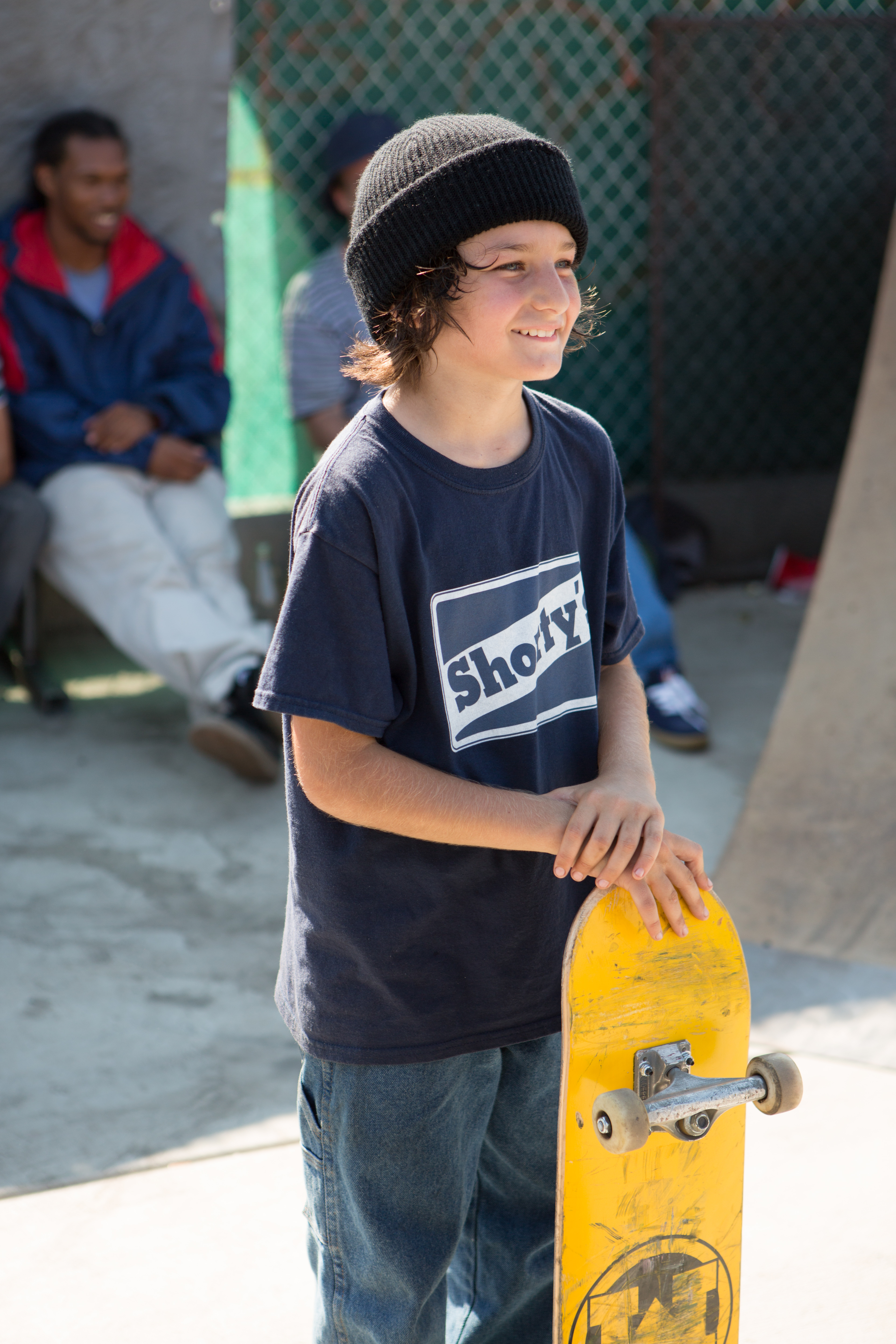 Sunny Suljic on the set of “Mid90s.” Photo by Tobin Yelland.

Nostalgia and tribute to Hill’s beloved era aside, the charm of “Mid90s” rests on the authentic camaraderie between Stevie and his newfound gang. Their scenes together felt like an infiltration of their actual hang-outs, rife with the prototypical laughter, barbed insults, and obscenities that often define teenage boy-dom. With the exception of Suljic (who was in “The Killing of a Sacred Deer”), “Mid90s” was Smith, Prenatt, McLaughlin and Galicia’s first ever feature film gig. All are pro skaters under skate company Illegal Civilization which was founded by Mikey Alfred, Hill’s co-producer.

“[Hill and I] had a conversation, cracked jokes and then I went to two consecutive auditions that were scripted,” said Prenatt at a San Francisco press stop. The story goes Hill initially forgot to audition Prenatt after notifying producer Scott Rudin he wanted him in the film, according to the production notes. Some roles were rewritten to fit the newcomers’ natural energy but were also schooled on how to truly convey a character.

“I feel like I was in every character’s shoes at some point,” said McLaughlin. “I remember when I first came into the group like Stevie where I don’t know where I belong; I’ve also been at the point where I’m the leader, so there was always something to add to it.”

“It’s like you keep trying and there’s just going to be that one scene where it feels right and it’s just like skating. You fall more than you land,” Suljic said, who skates more for fun. 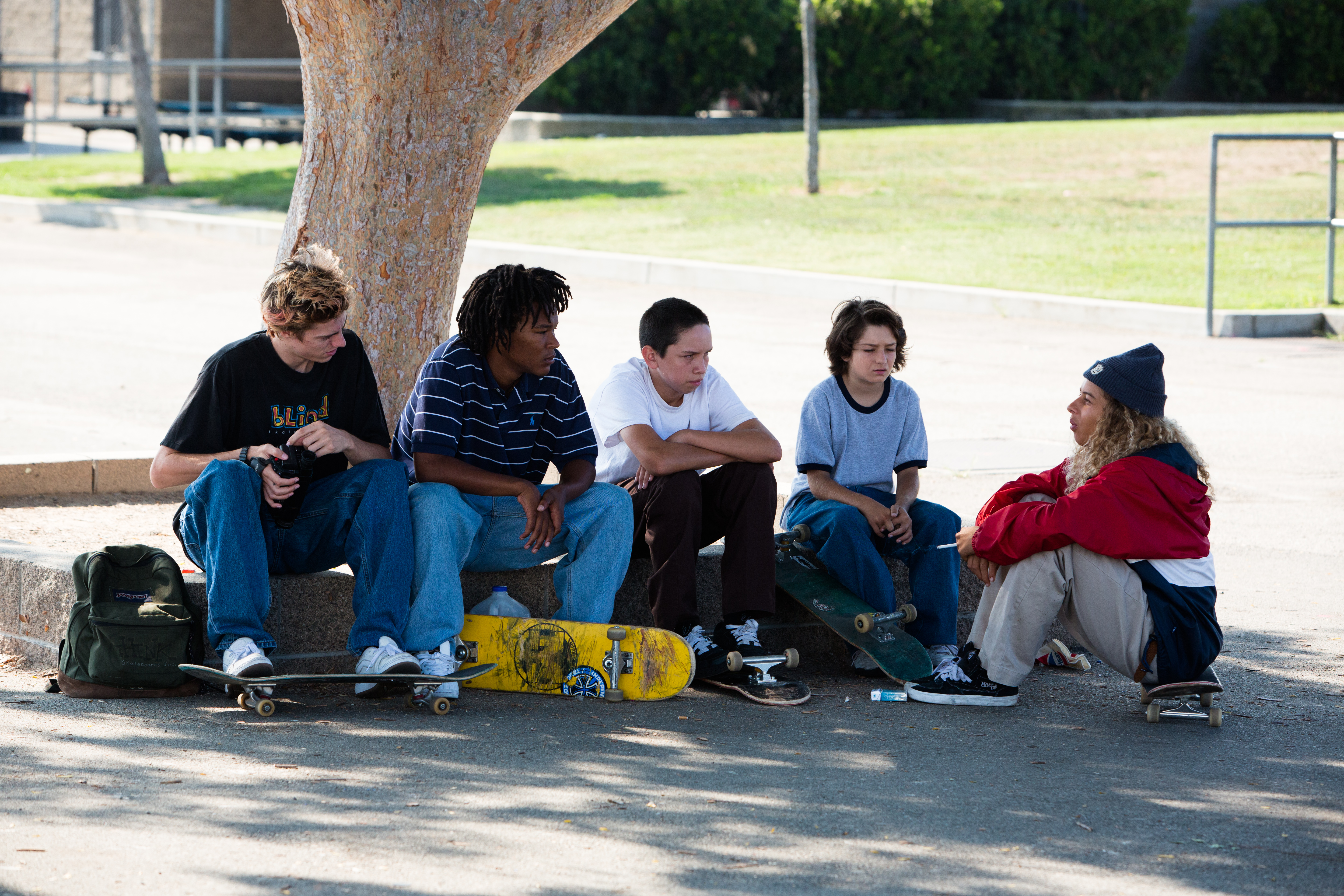 Though the film cruises by relatively plot-less, Hill succeeds in creating moments of youthful earnestness. Stevie’s individuality starts to take shape as he hero-worships his friends, even Ruben, who grows sour the more Stevie sticks around. It is endearing to see as Stevie develops into his own, the layers of his friends peel back as well. When Stevie gets into a violent shouting match with his mother — now that his friends have shown him a brighter side of life, Stevie is woken up to his family’s chaos — Ray is there to offer Stevie some perspective in the film’s most tender moment. “A lot of the time we feel that our lives are the worst. But I think if you looked in anyone else’s closet, you wouldn’t trade your s— for anyone else’s s—,” he tells Stevie.

As a long-time actor, yet a rookie director, “Mid90s” proves Hill has the chops to craft a real and authentic narrative. As a coming-of-age, hang-out story, “Mid90s” fleshes out its characters just enough to leave you wanting more about them and the nitty-gritty of skateboarding. Hill does a good job at exposing the sores of skate culture in the ’90s: the use of anti-gay slurs, the lackadaisical allure, or as F—s— puts it, “being motivated is corny.” And even though he doesn’t directly address these ideas in the film, there’s enough confidence that viewers, including modern day skaters, can look to the culture’s past for a foreseeable future.

“I think there’s so many themes in this movie, you can take away so much even in the little things: masculinity in skate culture, using homophobic slurs, there’s just a lot of things … people [might] watch this and take away whatever they may take away,” McLaughlin said. “And this comes from something that’s based off a real time, where it’s like this is how we acted back then and see how far we have come and how far we still have to go.”

“Mid90s” is now playing in theaters.