Norma Gely’s ability to embrace opportunities, collaborate, and persevere is bringing her success as an artist and educator

It was the first week after her move to Charlotte, North Carolina, and Norma Gely, 29, artist, art educator, and Academy of Art University School of Art Education (ARE) alumna was exploring the city with her dog, Zada. Speaking by phone one recent afternoon, while walking Zada past the McColl Center for Art + Innovation, the contemporary art center in Charlotte, Gely mentioned that she’d been there just days earlier, assisting a painting workshop and ended up interviewing for the artists-in-residence program. She also had two other job interviews lined up.

Though she’d moved to Charlotte so that her fiancé could explore potential career opportunities—his brother worked at NASCAR—it seemed Gely was moving forward on the momentum she’d built at the Academy.

But then, as a painter who worked in medium to large formats, canvases that stretched from five to seven feet, she embraced the movement. A native of Guaynabo, Puerto Rico, Gely had already earned an undergraduate degree in painting from the University of Puerto Rico when she was exploring a master’s degree in school psychology. But the path seemed wrong. “I felt more like a doctor than an artist,” she recalled and course-corrected after a summer trip to Yosemite, which she fell in love with, and was inspired to move to San Francisco. She enrolled at the Academy, where, she said, she felt more like an artist, earning an M.A. in art education in the spring. 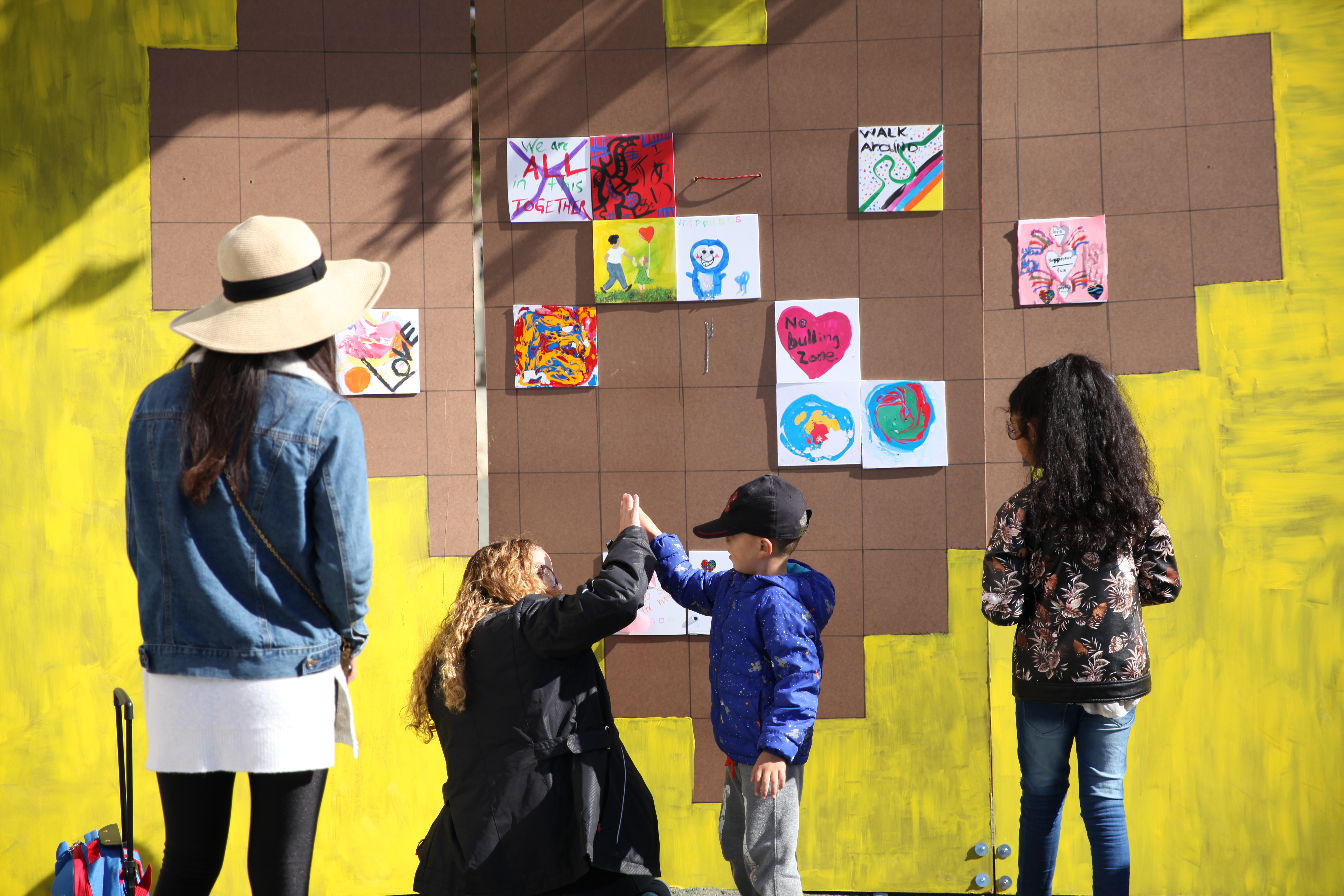 Gely designed creative stations and managed event logistics for “A Piece of You.” The three-month community project to promote unity through art was a joint effort between Academy of Art University, the Asian Art Museum and the San Francisco Public Library. Photo courtesy of Norma Gely.

In San Francisco, Gely had been a full-time student and worked at the Children’s Creativity Museum, where she’d been for the past year, and was promoted twice. She attributed her success to not just her skill as an educator and an artist, but due to her ability to work across departments, reaching out to other teams and looking for opportunities to collaborate.

Her connection to the museum had begun as an academic project, sitting in on one of their education workshops and observing a teacher as part of an ARE class assignment. “I fell in love with their education philosophy,” Gely said. “Everything was focused on open-based questions.”

In Puerto Rico, Gely had been brought up with the more traditional method of rote learning. Now she wanted to be a part of the innovative educational methods she saw first-hand at the museum. She was ready to apply for the internship program, but when a full-time position opened up on the visitor services team, she applied for that instead and landed the job. Later, she was promoted to assistant manager and birthday coordinator. 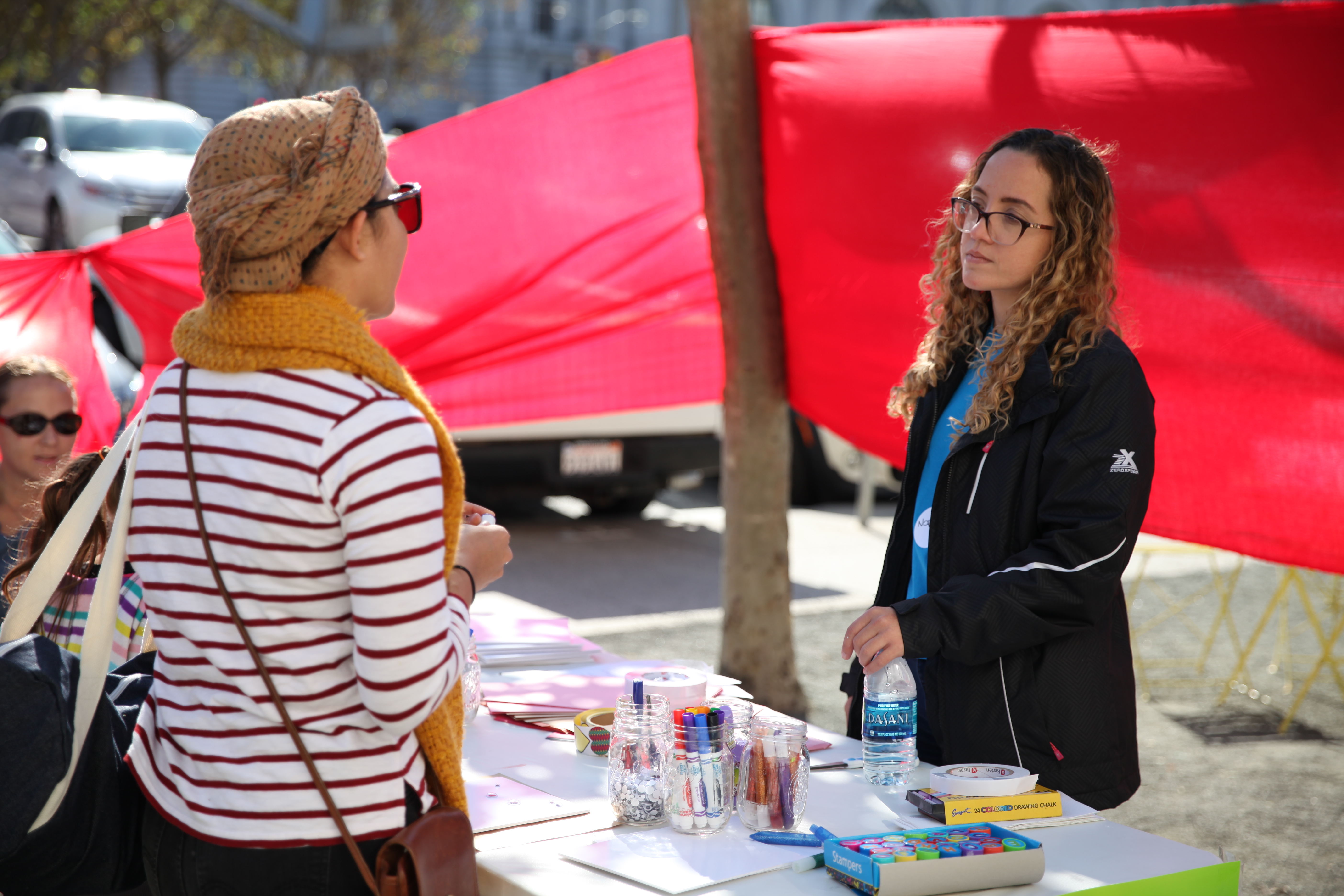 But staying on her path hasn’t always been a piece of birthday cake. She recalled the teaching stint she’d had (before the museum) at an adult probation center. She didn’t ask what violations her adult students had committed—“I didn’t want to make it about that,” she said—but she sensed a lack of connection. “They were a lot older and it felt like [they were thinking], ‘Who is this kid trying to talk to me?’” she said, admitting that those first few classes were “horrible.”

She credited her Academy instructors with helping her pivot and try other teaching strategies. By the end of the six-week program, when she took her students on a field trip to SFMOMA, Gely remembered asking her students what they now thought art was. And one of them remarked, “Art is everything that’s inside me.”

When she heard that, she said, “I felt accomplished. I knew I wanted to do this for the rest of my life.”