Memories are often tied to familiar objects, especially those that accompany you through long journeys, whether physical, cultural, or emotional. With that in mind, the creative team of Adrienne Pao and Robin Lasser envisioned the Sari Dress Tent, which was on display at San Francisco’s Asian Art Museum on Sunday, September 23.

Pao is director of Academy of Art University’s School of Photography (PH), while Robin Lasser is area coordinator for San Jose State University’s (SJSU) School of Art & Design Photography. They have been collaborating together since 2004 when Pao was receiving instruction from Lasser as an SJSU graduate student.

The Sari Dress Tent is a combination of several unique saris, all donated by Indian-American women residing in the Bay Area, stitched together to form one large patchwork dress. It’s about eleven feet tall with a wide base, and a human poking out the top, thereby “wearing” the dress. The proportions are as visually striking as they are playful.

Visitors were also allowed to step inside the giant sari, as the dress’ interior was a room equipped with pillows, books explaining the project, and speakers playing recordings of women who donated their saris for the installation. 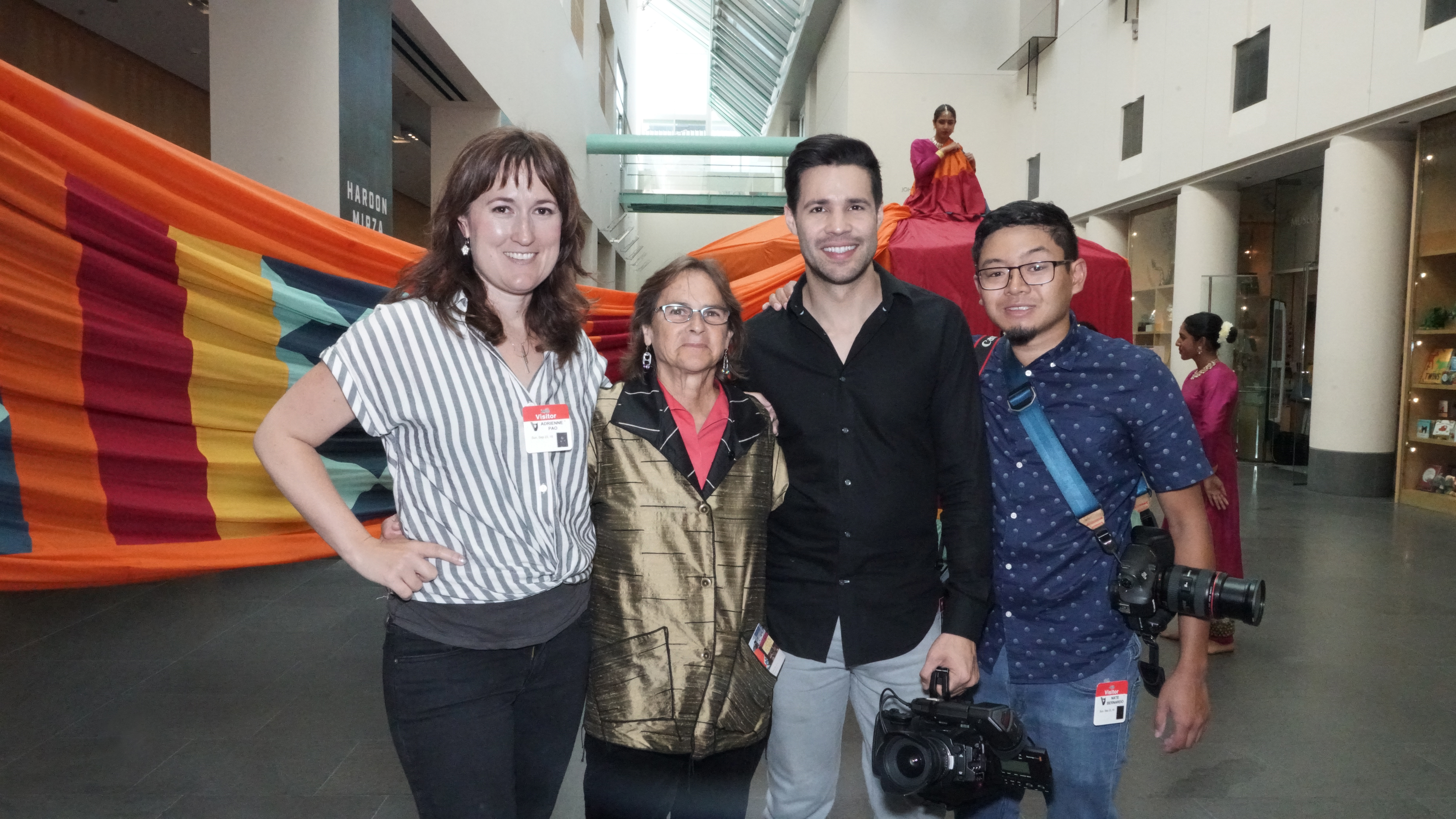 Pao explained, “Through the donations of the saris, and the stories, you can hear so many amazing things about life and beauty and hardship and all of these things that come out just by talking about the sari. Where it was from, why it was part of their journey, or why it was significant to them.”

The women in the recordings spoke about the history of the sari, as well as what the sari meant to them personally, often relating it back to their experiences migrating to the United States. “I feel very much part of this country, and this is my country,” sari donor Pragati Grover said. “It doesn’t matter what I wear. You can wear jeans and be an American, and I can wear a sari and be an American.”

At the top of every hour, a group of dancers from the Noorani Dance Company, choreographed by Farah Yasmeen Shaikh, performed Kathak, a narrative form of Indian classical dance derived from the Sanskrit word “Katha,” which translates to “story.” Sunday’s performance centered around the performative piece “Call to the Sea.”

According to Shaikh, “In ‘Call to the Sea,’ dancers are showing that they are respecting the beauty of nature that surrounds us—the birds and trees, flowers and butterflies, rivers and fish, and the many majestic creatures we encounter. Displaying all of this through Kathak—using hand gestures, rhythmic movement and abhinaya (expression), the dancers display their wonder at all they observe.” The piece later transitions into “pure technique” that “highlight[s] the rhythmic prowess of both [the] dance and the music.”

The Sari Dress Tent featured work from Academy students and alumni. Namely, School of Fashion alumnus Kovid Kapoor and PH alumnus Akshit Bhardwaj, both of whom helped with design and fabrication, along with Edwin Vargas and current PH undergrad Nate Bernardo.

“Part of the idea, for me, was to create an iconic, emblematic sculpture that’s like a beacon of light and color that draws us into the tent,” Robin Lasser said, “and once you’re inside the tent or you have a chance to experience Edwin [Vargas’ documentary] film, the context and content have a place to bubble up slowly.”

Sunday’s installation was the latest of many dress tents that Pao and Lasser have created since they first envisioned the idea in 2004. “It just started with a fun idea of: let’s make a wearable tent, or wearable architecture, that a woman could take anywhere in the world with her, and have shelter on her back,” Pao recalled. “Just a sort of fun idea, but also talking about self-sufficiency.”

In the years since, they have constructed unique dress tents all around the world, from the Camera Obscura Dress Tent in Yekaterinburg, Russia to last year’s Hula Girl Dress Tent in Waikiki, Oahu. “We thought, let’s make this piece, photograph it in an amazing landscape, and see what happens,” Pao remembered. “Years later, they’ve evolved into full-scale installations.”

Transforming Passion Into a Profession