Based on the acclaimed young adult novel of the same name, “Mortal Engines” is a dystopian steampunk science fiction film about two outcasts banding together to stop a corrupt philanthropist from reviving and wielding ancient world-destroying technology. The book is beloved by fans and critics alike, and the premise alone provides a universe of possibilities for ambitious filmmakers. However, the film’s potential is only reflected in its imaginative special effects: the story itself is bland, poorly scripted, and disappointing.

“Mortal Engines” is also the first non-Tolkien related feature film Peter Jackson helped write since 2009’s “The Lovely Bones,” and I walked into the theater with slightly elevated expectations, though maybe “The Hobbit: The Battle of the Five Armies” should have altered my thinking a bit. After growing up watching “The Lord of the Rings” trilogy in theaters, glued to my seat throughout the entire journey, from The Shire to the fires of Mt. Doom to Frodo’s send-off to the Undying Lands, an unrealistic confidence in any of Jackson’s projects is almost second nature. 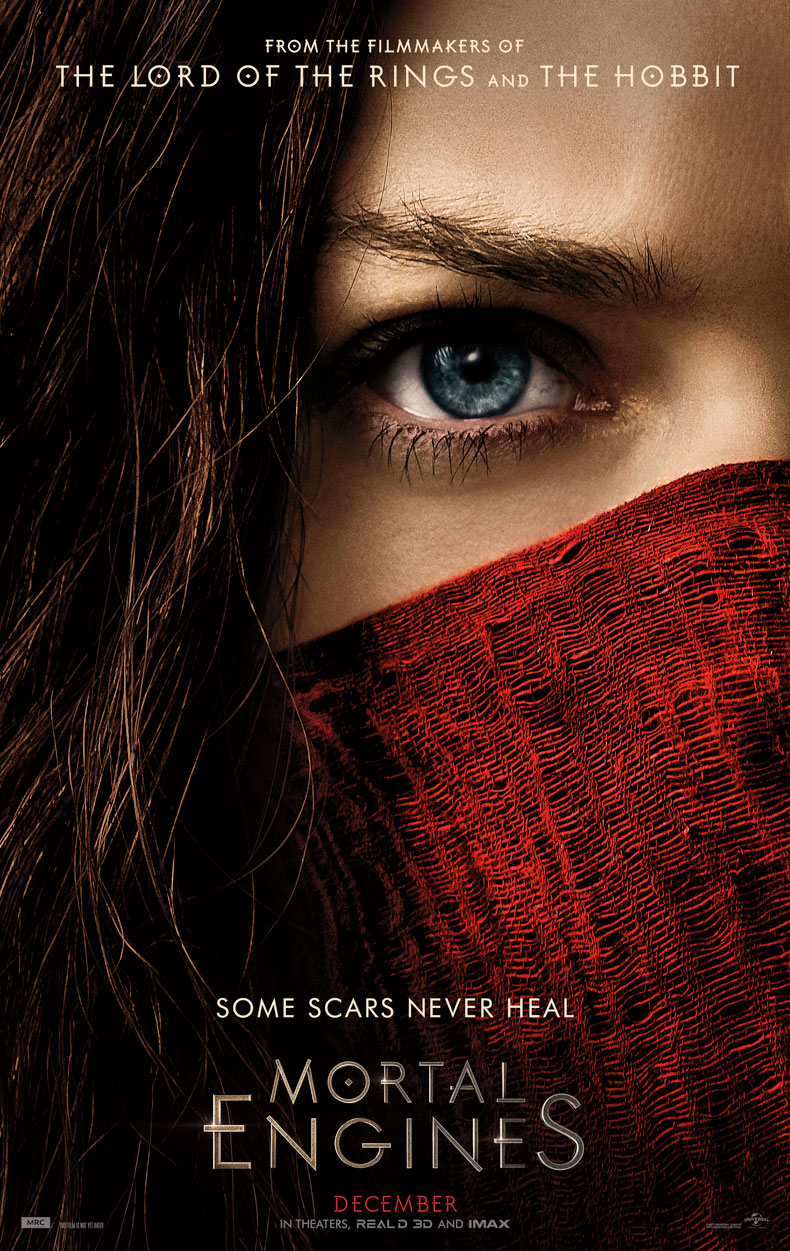 Sadly, little similarities to “The Lord of the Rings” are abundant in “Mortal Engines,” expressed in minutiae if not in spirit. Antagonist Thaddeus Valentine (Hugo Weaving), well-respected head of the Guild of Historians, wielder of the superweapon MEDUSA, and one-night dictator of the city-state of London, feels like a mixture of Marc Benioff and Saruman. Especially when he yells commands at MEDUSA’s operators and meets with Shrike (Stephen Lang), the last of an elite battalion of undead soldiers known as Stalkers, which resembled Saruman’s first meeting with the Uruk-Hai in “The Fellowship of the Ring.”

The cadence of the actors’ speech, the spaces between the words and the way they clicked, and the way the score segued between scenes all reminded me of Jackson’s past work. However, though Jackson was a screenwriter and producer, it was one of his acolytes, Christian Rivers, who was directing.

Rivers is an accomplished visual effects supervisor and storyboard artist and has worked on all of Jackson’s films since 1992. He won an Oscar for Best Achievement in Visual Effects in 2006 for “King Kong.”

Though the “Mortal Engines” book quartet had the potential to be adapted into a full-length film series like Jackson’s Tolkien-related endeavors, the cheesy dialogue, one-dimensional acting, and ham-handed storyline didn’t provide arguably enough substance for one movie.

Much of the tension and conflict between characters is half-realized, blatantly manufactured, and disappears into thin air at the end of each scene. Who can remember or care why Bevis Pod was angry at Katherine Valentine at the beginning of the movie? Who can care about any of the half-baked dialogue at the end of the movie? Rivers tried to make “Mortal Engines” an epic but drowned out any interesting character development or details without any clear upside or substantial emotional satisfaction for the audience.

The obvious silver lining is the visuals. The dystopian cities-on-wheels, not to mention the magnificent walled “static settlement” Shan Guo, are rendered beautifully with fine attention to detail, and make an otherwise desolate future look like a fleet of Howl’s moving castles. Pilot, Anti-Traction League leader, and all-around badass, Jihae’s (Anna Fang) personal ship is also exquisitely designed. They add to the “cheesy goodness” factor and are the film’s unmistakable highlight. I have a feeling “Mortal Engines” will make great B-movie fodder as time passes, no matter how the special effects age.

Peter Hedges Discusses the Making of “Ben is Back”