As I took my seat in the theater for “Mary Poppins Returns,” I genuinely hoped that it would surpass my expectations and have me eating any skepticism I had been holding onto since the film’s announcement in 2016 by the time the credits rolled. But, alas, it did not. In fact, what came to mind was how this sequel felt just unnecessary.

Based on the books by P.L. Travers, the Rob Marshall-directed sequel returns to 17 Cherry Tree Lane where a grown, and recently widowed, Michael Banks (Ben Whishaw) resides with his three children, Annabel (Pixie Davies), John (Nathanael Saleh), and Georgie (Joel Dawson). Jane Banks (Emily Mortimer), now a labor organizer, returns home whenever she can to help her brother out. With many Londonites, the Banks family included, affected by the “Great Slump,” Mary Poppins (Emily Blunt) shows up to once again “look after the Banks children.” The beloved nanny, alongside Jack (Lin-Manuel Miranda), a charming street lamplighter, show this new generation of Banks children how to “trip a little light fantastic” and experience magic and wonder beyond what meets the eye. 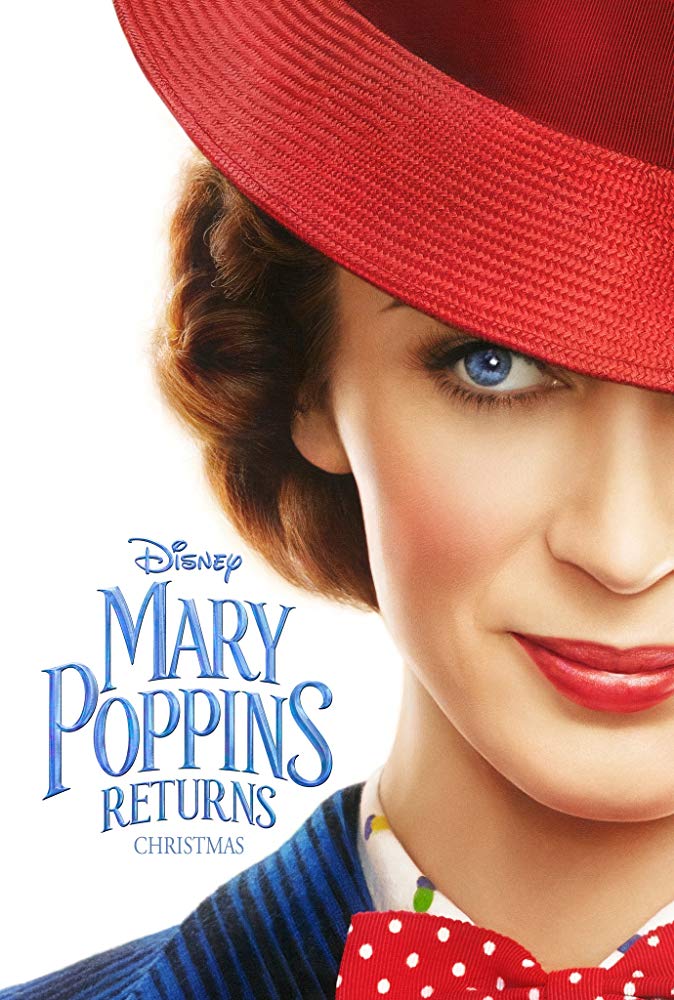 Now, did my eyes sting with tears as the opening credits appeared, as well as a short time later when the familiar silhouette of one Mary Poppins descends from the sky? Oh yes. Did I delight in Marc Shaiman’s score, which, at moments, included songs from the classic 1964 film? Absolutely. Did I feel myself smile while taking in the production design and noting Jane and Michael’s blocks from the original film tucked away in the attic? Definitely. I applaud the amount of care and subtle winks to fans of the original film that could be seen throughout the production design. In those moments, it was nostalgia done right.

But sometimes too much of something can ultimately lead to a downfall. The film follows a very similar blueprint to the original, and when it veered into territory that was seemingly banking on overt nostalgia (the 2-D animation scenes being maybe the biggest offender) in an attempt to get the audience to buy in, that’s where this new Mary Poppins tale would flounder.

The new songs, written and composed by Shaiman and Scott Wittman, while pleasantly performed by Blunt, Miranda, and cast, lack a certain memorable quality, save for the entertaining Manuel-led “Trip a Little Light Fantastic.” When thinking back on unforgettable musical moments like “A Spoonful of Sugar” and “Supercalifragilisticexpialidocious,” songs that helped shape “Mary Poppins” into an instant classic, these new batch of songs ultimately fail to measure up.

Even with the combined star power of both Blunt and Manuel, the bright visuals, and the wonderful costumes, it should have been understood that in making “Mary Poppins Returns,” this film was never truly going to recapture the magic of the original. For a sequel of this magnitude to be successful, it needed to be able to stand on its own strength instead of being powered by the past.

Acting Alumna on Auditions and How You’re...