Urban Knights Radio Tuesday Tunes made a quiet but strong return on Nov. 6 with a performance from singer-songwriter Simoné Mosely. But UKR Studio Manager Terrell Butler prefers to call Mosely, an “R&B lyricist,” he told the audience at UKR’s studio at 79 New Montgomery.

“This young lady has a beautiful singing voice and she’s a really good friend of mine,” Butler said. “I’m really grateful she came out to do this for us.” 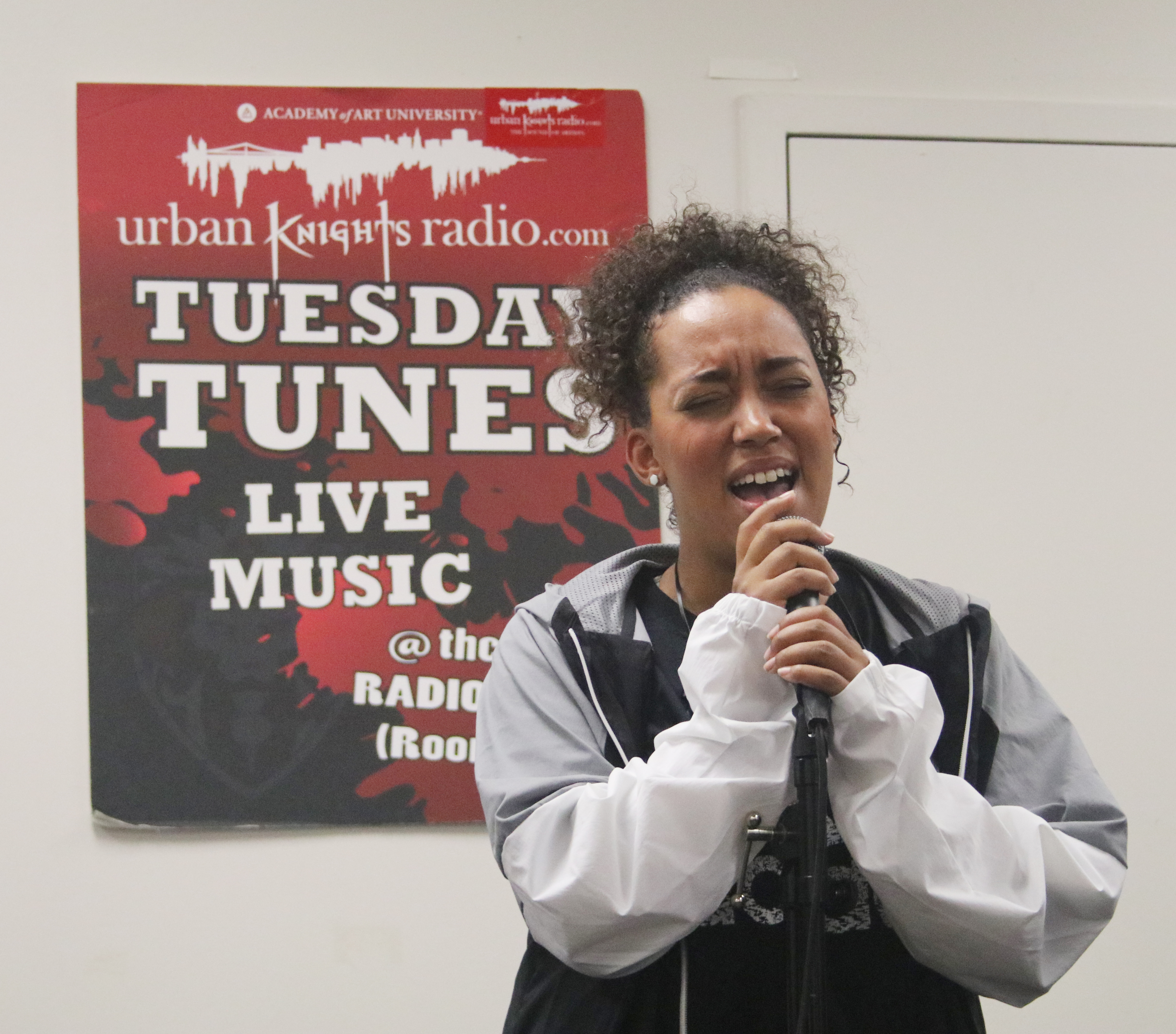 Originally from Petaluma, north of San Francisco, Mosely is a self-taught musician. She said, “I open my soul to bring the world a message of transforming obstacles into opportunities to grow,” and the three-song set she performed that Tuesday highlighted that exact talent.

Mosely opened with a cover of “Melt My Heart to Stone” from Adele’s 2008 debut, “19,” before performing her original songs from her upcoming album, “The Compost,” which she described as “all the scraps and pieces of my old self that I’m utilizing to make my new self.”

Her music spoke of perseverance through rough times and gratitude for the people and events that shaped her. A tribute to her mother, called “Mama’s Song,” Mosely now understands the struggles of parenthood now that she’s a mom herself.

The last song, “It Happens,” ended with a powerful spoken word bridge: “If you proceed through all of the flowers that grow in your mind, in due time your destiny will align with the design that you chose.”

“I think that’s what music is for, you get the chance to say things that people are thinking,” Mosely said in a brief interview with Butler following the performance. “You might [feel] down right now but there’s always light at the end of the tunnel.”