ADV grads’ ad campaigns are a testament to their combined strengths

Consistency is king within design and Academy of Art University School of Advertising (ADV) graduates Hsiu Chi (Sam) Kuo and Wei (Will) Wang proved their mettle when they placed second overall in the student bracket of the Young Glory global advertising competition.

The contest provides eight real-world briefs per month, starting in September and continuing through to April. Participants are free to submit into as many prompts as they wish; as a team, Kuo and Wang entered into six of the prompts and won three. Their winning topics were gun control, climate change and the 2020 Tokyo Paralympics.

Together, Wang primarily led the campaign strategy and Kuo headed the design. As well-traveled international students, they emphasized it was important that their concepts considered the target audience culture, while also working in forward-thinking implementations of technology targeted to a younger generation.

“The competition doesn’t want to limit your ideas. They just gave us a theme and you can approach this as many ways as you want,” Wang said. “I wanted to relate [the themes] to reality.” 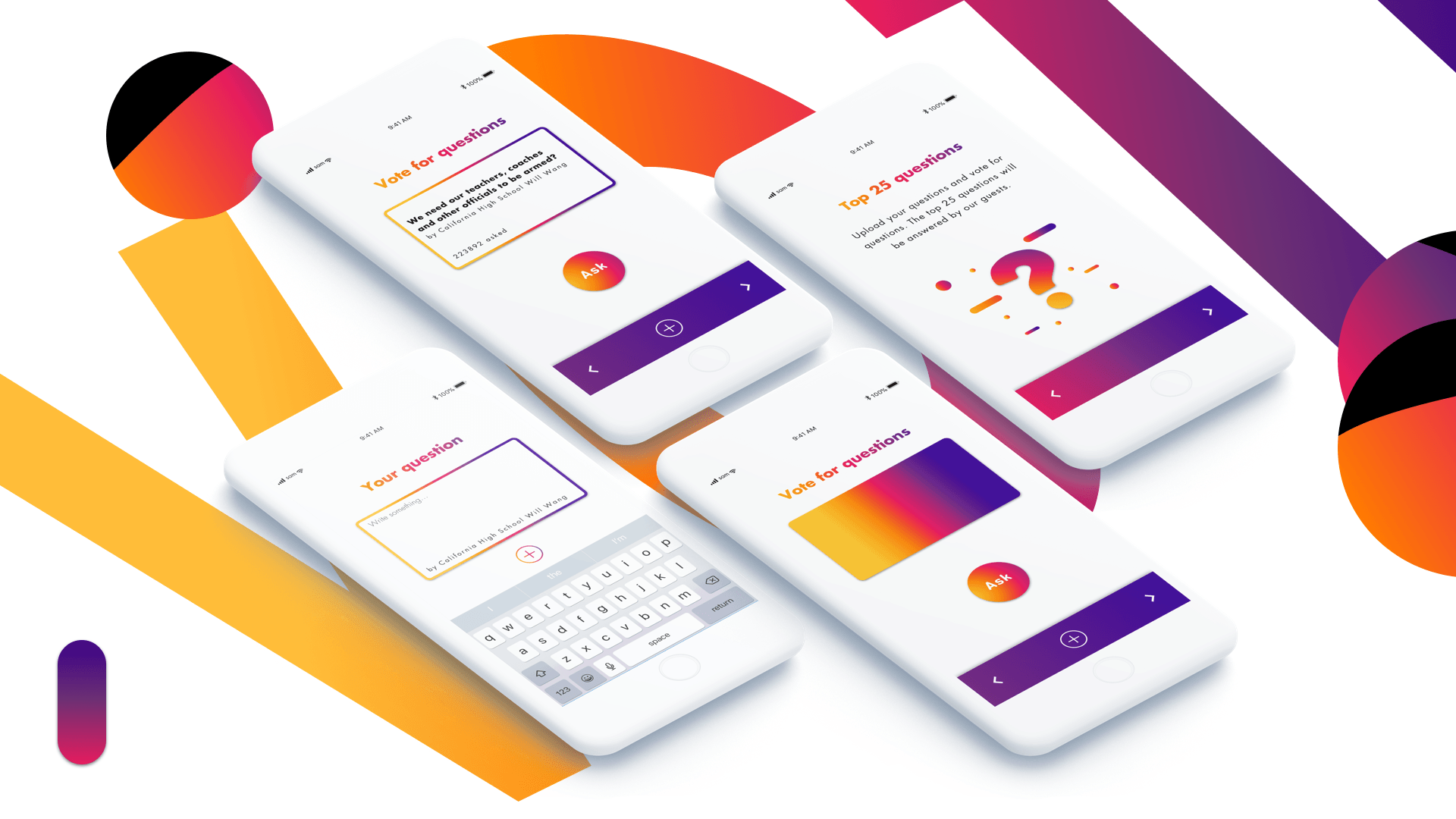 For example, the gun control campaign, entitled “Talk to Us” (which also won gold in the 2018 Spring Show), was an idea for an online platform encouraging gun control debates for concerned students, which would then be aggregated into raw data framing the views and opinions of its users. Kuo said research for this started at a protest in downtown San Francisco.

“[Based on the brief], we had to use the U.S. citizen perspective for this project,” Kuo remembers. “It was harder because we aren’t from here, guns are viewed totally different in Asia.”

Kuo and Wang turned to ADV Co-Director Andrea Pimentel to gain a full grasp on the gun control issue, expressing what Pimentel called an openness to understanding other people, which would take them far as advertisers.

“They showed a lot of maturity in how they approached that problem,” Pimentel said. “Being aware of the world, people, how people think and pop culture is really important in advertising. Trying to connect with people, having to understand them is a huge part of that.”

For the climate change prompt, they created an integrated phone app that notified users on ways to save energy and reduce their carbon footprint or purchase green products. The 2020 Tokyo Paralympics campaign presented Special Olympics athletes and abled Olympic athletes as equals, using elements of color across print posters and an interactive screen to signify a shared competitive spirit (designer Masashi Kawamura, judge of the Paralympic prompt, brought Kuo on as an intern at his agency, Party, NYC, shortly after they won this brief).

Together, the mix of openness to cultures and people and knack for smart technology-based solutions pushed Kuo and Wang’s concepts over the edge. Traditional advertising is a “one-way message” and social media is two-way, said Kuo. “You can talk to a brand and a brand can talk back to you,” he further explained. The duo’s end game was to develop interactive advertising as memorable encounters.

(L–R) Kuo, Schools of Advertising and Web Design & New Media Co-Director Andrea Pimentel and Wang in front of “Talk to Us” poster and the 2018 Spring Show. Photo courtesy of Hsiu Chi (Sam) Kuo and Wei (Will) Wang.

“You can view it, you can touch it, you can feel the experience,” Kuo said. “This is the future we’re really focused on creating … Every time, we’re thinking, ‘What technology can we use to combine with our ideas? How do we use advertising to sell our ideas?’”

According to Brendan Graham, a Young Glory representative, it was this high attention to detail that set Kuo and Wang’s entries above the rest.

“It was clear that a lot of effort and talent was on display,” he shared via email. “They thought about how their ideas would come to life across many mediums and really demonstrated that [their ideas] can live in a big way.”

Pimentel said ADV actually had several teams compete in Young Glory, some falling within the Top 10, but to see Kuo and Wang’s team excel proved their strength as a team as well as individuals.

“They both brought a lot of skills to the table. Sam is a really strong art director and designer, really good conceptually. Will, who is such a smart guy, brought a lot of strategy, bringing background to it, deep understanding to it and being really good with solutions,” Pimentel commented. “It’s been a dream to see them both come up together in this way, completely flex their muscles. There isn’t a weak link in this partnership.”

Pimentel called her former students an inspiration to “everyone that’s been plugging away at this competition.” Students coming behind, she said, can see … the work that it takes to win in, out and beyond the Academy.

“This competition will afford you the opportunities beyond the campus. If you focus only on your classes and assignments through school, you will gain very limited [experience],” Wang said. “If you do competitions, I think that’ll give you different perspectives on how real agencies work and how you can visualize yourself in the industry.”

Mastering Skills in the Online Classroom

How to Get Mental Health Support During...