What’s in a name? To leaders, faculty, and staff at Academy of Art University, a legacy.

Academy of Art University President Dr. Elisa Stephens and scores of university faculty and staff gathered at the steps of San Francisco City Hall on Tuesday, June 4 to show support for a late longtime ally.

They were among the hundreds hoping to goad members of Francisco Municipal Transportation Agency’s Board of Directors to name the Chinatown station of the upcoming Central Subway for late activist and political titan Rose Pak. Many sported red shirts stamped with Pak’s image. They stood among signs urging the board members to entitle the transportation stop “Chinatown Rose Pak Station.”

Dr. Stephens was one of many who spoke out in steadfast support of the measure. 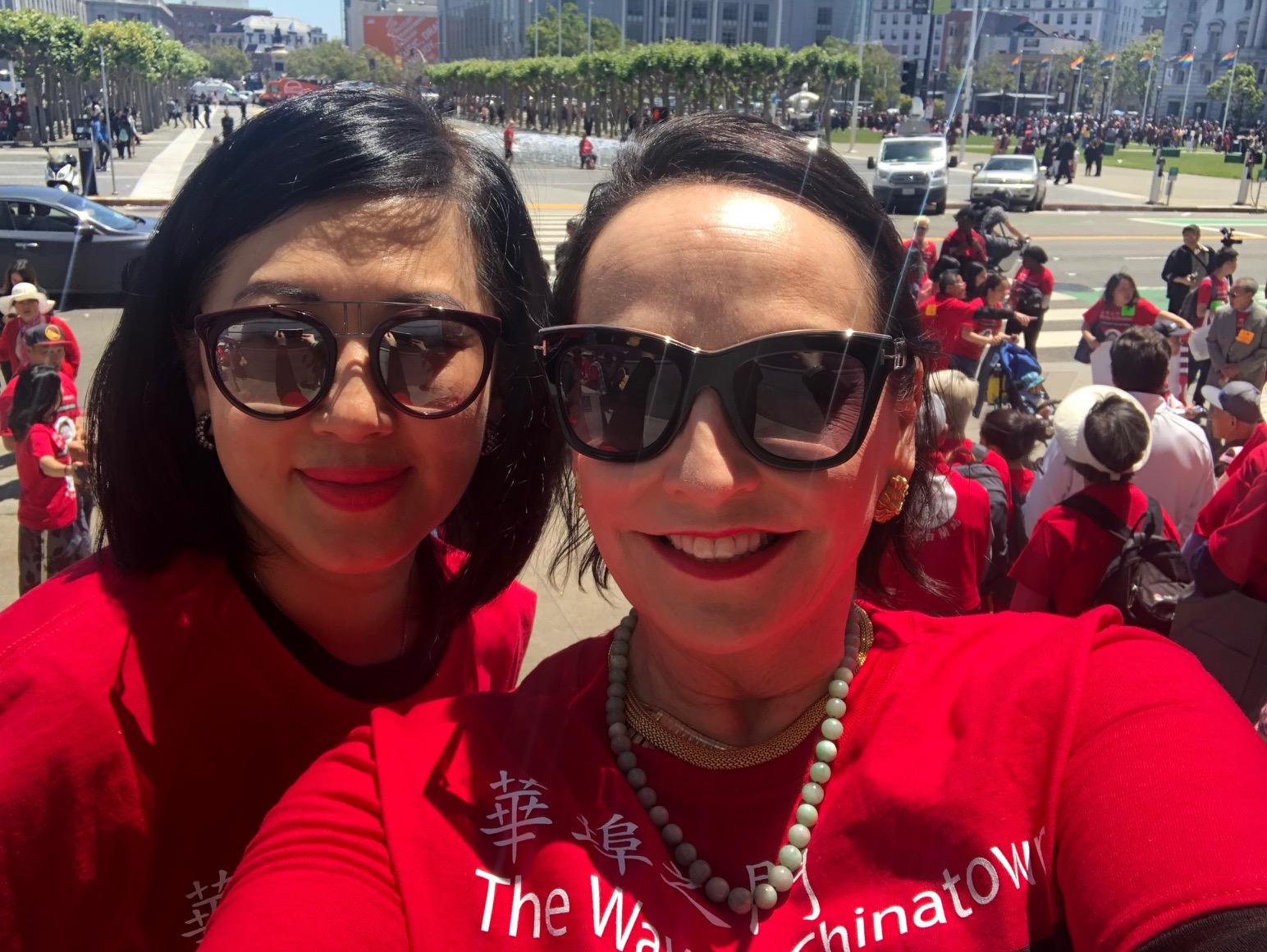 Pak, a longtime political juggernaut, advocate for the city’s Chinese-American community and close friend to Dr. Stephens, passed in 2016. She was pivotal in the funding and development of the Central Subway line. The line has been a project for years; a study in the early ’90s highlighted the need for increased access to San Francisco’s Bayshore. Many attribute Pak’s efforts to securing $500 million in federal funding for the subway. Aiming to better link downtown to previously underserved communities, namely in the city’s southeast bay corridor, the line will expand the Muni Metro T Third Street line, connecting SOMA, Union Square and Chinatown—including many areas serving the Academy community. According to city officials, it should be completed later this year.

Despite Pak’s undeniable marks on City Hall and beyond, Academy community members were sure to show up and bolster support for the measure, which has met some opposition.

For many years, Pak led the San Francisco Chinese Chamber of Commerce, which spearheaded the Chinese Lunar New Year parade—of which the Academy has long been a part.

“Rose Pak was a great friend of the Academy of Art University,” said Dr. Stephens. “She did a tremendous amount for San Francisco and the Chinese community. Like the Academy, she was inclusive and believed that this subway would benefit all of San Francisco.”

Passions are still high; on June 4, directors came to a 3-3 stalemate.