Jacqueline Chen looks back on her career so far, which has led to her current management position at Tory Burch

“When a client walks in, I can sell them very quickly. I can read what they want,” Chen said in a recent phone interview, shortly after tending to a customer. “If I don’t have that creative design training from the Academy, I wouldn’t know how to put looks together, to incorporate a theme and mindset behind it and how does it relate to the client. I may not be able to do that if I’m too left-brain.” 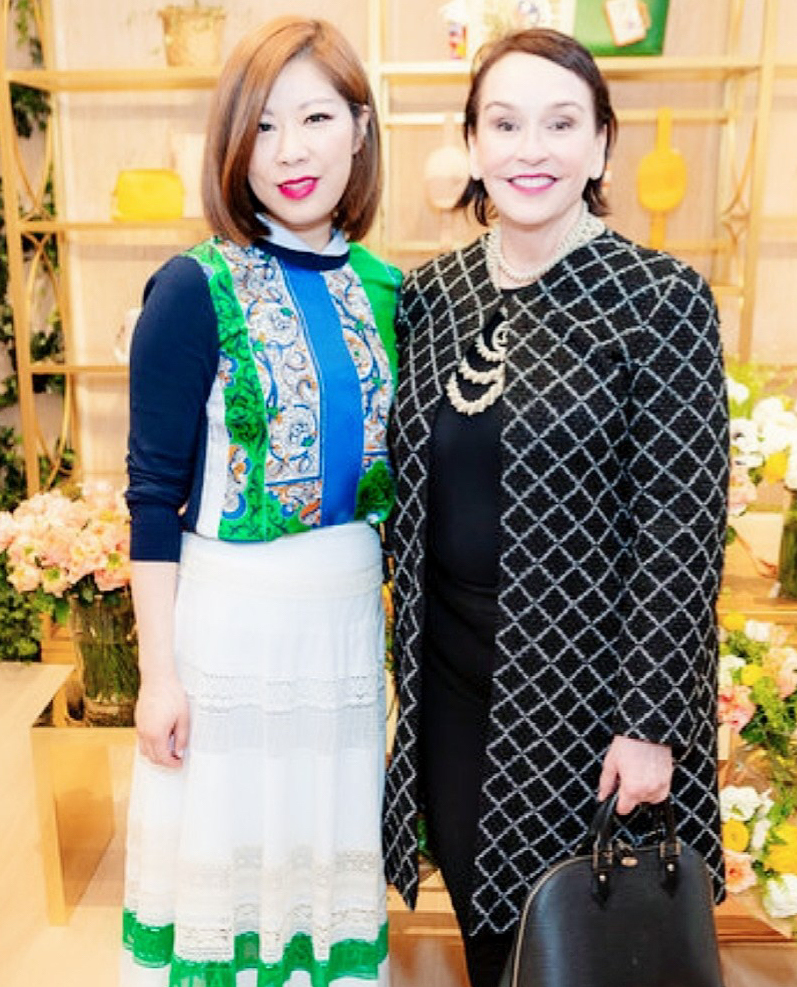 Left-brain, meaning too logical. The right-brain versus left-brain theory was first introduced in the 1960s by American neurologist and Nobel Prize winner Roger W. Sperry. Being left-brained meant you’re mostly analytical and methodical in your thinking; if you tend to be more creative or artistic, you’re thought to be right-brained. Chen taps into both hemispheres inside her head. “The creative side is my passion for fashion—how to put the look together, the color story, the inspiration,” she explained. “If you can be business savvy while still hold a creative mind and use those skills hand-in-hand, it’ll keep you very competitive.”

Chen has always been a visual person. Originally from Shanghai, Chen had a background in graphic design and industrial design before she arrived at the Academy. She initially enrolled to study web design, but after one semester, it seemed her left-brain kicked into gear. Chen switched to fashion merchandising, intrigued by the business facets of the fashion industry, (retail mathematics, turnover ratios, markdowns) and the design-oriented visual merchandising principles.

By 2004, Chen had started to work, first as an intern then sales associate at Giorgio Armani, then brief stints buying for Macy’s, planning for Dockers under Levi Strauss, account executive for Shiseido, and assistant store manager for Fendi under her mentor Gina Chinchilla, whom she met through former Fashion Merchandising Director Joan Bergholt. Most of her 10-year career has been “connecting the dots” between her Academy education and the hands-on practical experience of working the retail floors.

And having mentors like Chinchilla was crucial. When Tory Burch came asking who would be a good fit for overseeing the new flagship, Chinchilla recommended her protégé. “Gina was always receptive to meeting new people, educating and taking under her wing struggling students,” Chen mentioned. “After a couple of years, I realized it’s really the people you work with that set you up for success.”

Chen reflecting on the early days of her career brought back anecdotes like how she spent days organizing hangers, learning the proper way to fold and present garments to pouring over sales spreadsheets. Some days she would recall the things she learned in the classroom, the design-focused ideals that triggered her right-brain. Other times Chen would have to think back on the fundamentals, engrained in her left brain, that Chinchilla taught her.

“I’ve always been able to look back and see how it all formulates all together to help you succeed in retail. My advice for students is to be very humble and always learn every day. I’m learning every day. I’m learning new ideas, new concepts, I still try to improve my presentation and communication skills,” Chen said. “Don’t underestimate anything you can do. Sooner or later, you figure out what you want to do. But without doing anything, there’s no way to know what your ambition is.”

She added, “I have never thought I’d ever be a general manager for Tory Burch; I always thought I’d be a buyer. But now I feel like this is me. I’m building my own business in downtown Union Square. How cool is that?”

Tory Burch hosted an inauguration event at the end of March, and among attendees was Academy President Dr. Elisa Stephens, who expressed, “Tory’s new location at Union Square is beautiful, exciting, and fresh. Congratulations to Jacqueline on her impressive promotion to general manager for Tory Burch’s Flagship store.”

The Spirit of Bartleby