IND Executive Director Tom Matano helped create the Mazda MX-5 Miata, a convertible that has stood the test of time

Tom Matano, executive director of the Academy of Art University’s School of Industrial Design, recently reached another milestone of his illustrious 45-year career. Back in 1983, Matano was part of the Mazda research and development team studying the United States automotive market. What became of that operation was the speedy two-seater convertible Mazda MX-5 Miata, which celebrated 30 years on the road this past February.

“It’s strange, isn’t it? It felt just like yesterday that we introduced the car and then I realize that 30 years have gone by,” Matano said in a phone interview with Academy Art U News. “It’s been a long, long time.”

Upon its debut at the 1989 Chicago Auto Show, the Miata soon become beloved among car enthusiasts and remains so to this day. At the time of its inception, Matano explained non-luxury automotive brands weren’t really making anything quite like the Miata. Open-top convertibles were reserved for the higher price-tag European sports cars and roadsters. By marrying Mazda’s Japanese engineering with the pure and simple qualities of brands like Porsche and Alfa Romero, Matano aimed to bring that luxury sports car feel to U.S. Mazda drivers at a fraction of the cost (in 1989, the Miata retailed for $13,700 USD; Starting price today is $25,730 based on Mazda’s retail website). 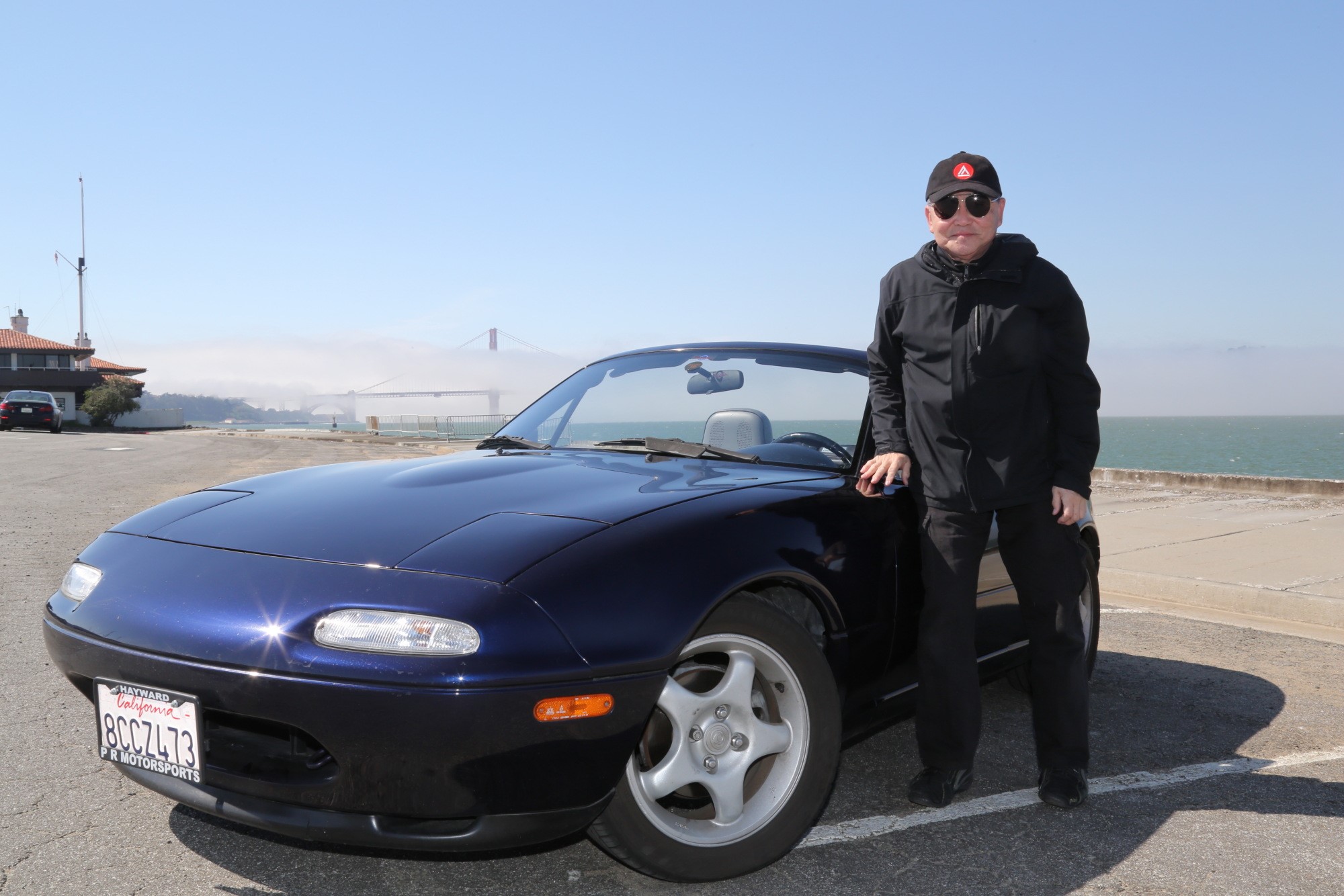 “The sports car was our passion,” Matano recalled. Joined by Mark Jordan, Norman Garrett, Wu Huang Chin, and Koichi Hayashi for the final design, the Miata was a callback to the designers’ joy of driving. “All of us had that experience. Once you live with a full convertible for a whole year, all four seasons, you will know what it is and you want to get back to it one day.”

The Miata has gone through four design updates, including the most recent 2015 generation that introduced three different iterations referred to as the Sport, Club, and Grand Touring. To commemorate its three-decade benchmark, Mazda brought Matano and his team back to Chicago to unveil the 2019 MX-5 Miata 30th Anniversary Edition in a striking racing orange. Limited to 3,000 vehicles worldwide, according to Digital Trends, the 30th Anniversary edition sold out in mere hours.

Matano himself still drives his first generation Miata, in navy blue. “That will be my everyday car,” he said. “I customized it to match my gray hair, with the gray top and gray interior.”

It still feels good to see his designs on the road, and Matano feels gracious whether he catches a banged up first generation Miata cruise past him or can marvel at one kept in pristine condition. He acknowledged that having a car in the market for this long “is an honor.”

“When we were working on the Miata, there was no other new two-seater, affordable sports car in the marketplace. Everyone thought that the convertible idea was going to be killed because of rollover and other safety requirements. And we wanted to make sure that if we could get the car to be safe in all these rules, meet the standard, then kids would experience the joy of having a full convertible,” Matano recalled. “And if we succeeded, then kids could have an opportunity to have it for 20 to 30 years. But that was sort of part of our idea to continue this part of the automotive joy that people were starting to forget at a time back in 1983.”

“Please do a test drive,” Matano said at the close of our interview. “You’ll know what I’m talking about once you do.”

Drawing Himself out of the Darkness and Into the Spotlight