These days, it’s not enough to produce high-quality pieces for a fashion brand to thrive. In order to connect with consumers—particularly younger, Gen Z and millennial viewers—luxury and contemporary brands had to figure out how to engage digitally. And thus, the fashion film was born.

Originally pioneered by British fashion photographer Nick Knight’s SHOWstudio.com in 2000, fashion films have become a regular part of collection and product rollout for brands, including Gucci and Burberry to Nike and Palace. According to Academy of Art University’s Director of Fashion Journalism, Stephan Rabimov, film has continued to grow into the next wave for, “collaboration between visual media creators and fashion.” And it isn’t always just to show off product.

In Spring 2018, the School of Fashion (FSH) debuted its first ever Fashion Film Production (FSH 308) class. Taught by Nicolas Gutierrez, a School of Photography (PH) instructor and M.F.A. graduate, the course was designed to survey fashion film as a growing phenomenon and how it bridges creatives across industries, but especially within pop culture; Kate Moss starred in Miu Miu’s F/W ’17 campaign and Baz Luhrmann delivered a fantastical and dramatic production for H&M’s collaboration with Erdem. 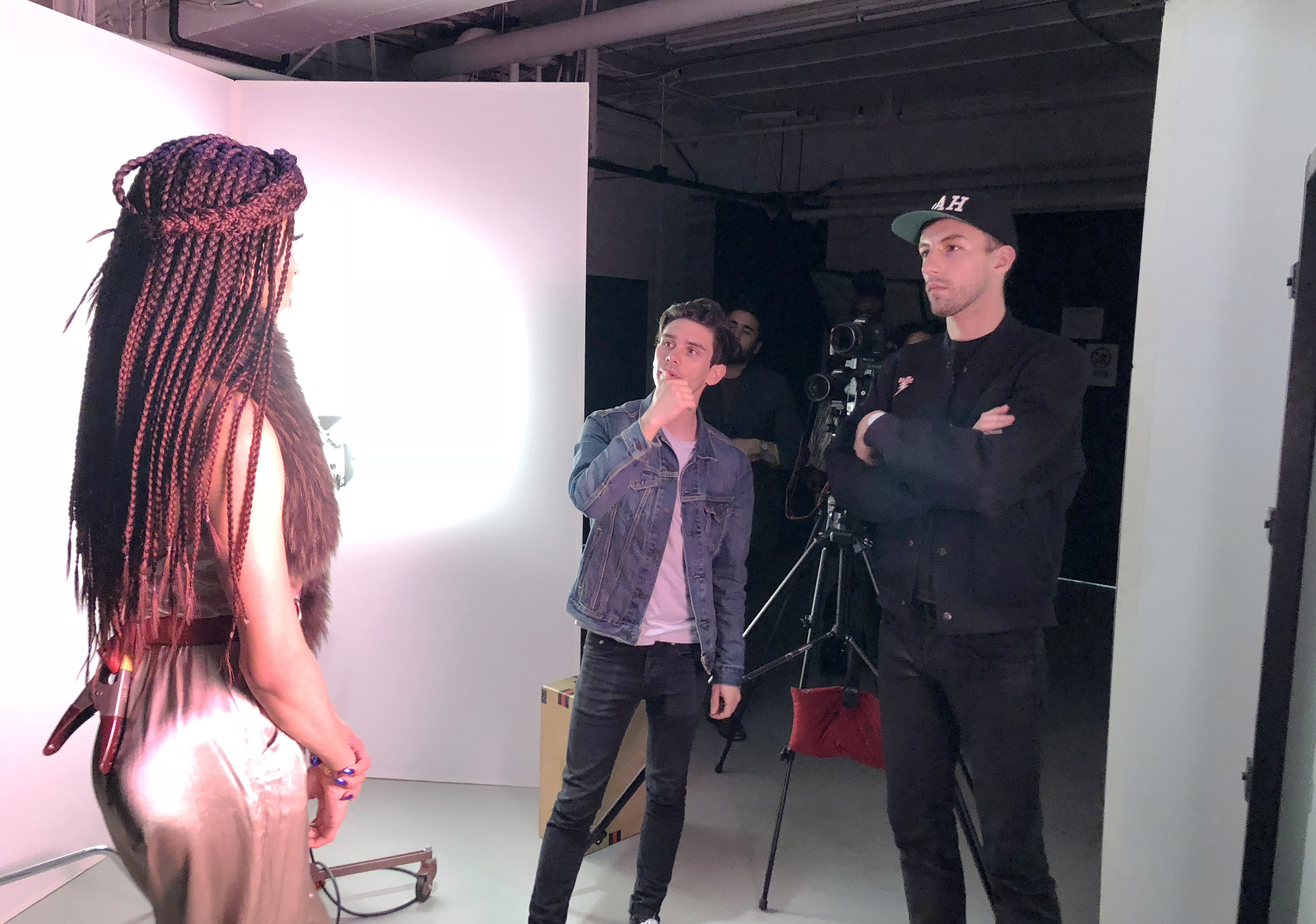 “We watch a lot of film,” Gutierrez said of the FSH 308 elective. “We just want them to get inspiration and they can start working on their own concepts. So they come up with the idea for their film and we help produce them.”

Gutierrez has his own experience in shooting fashion films, though more of the commercial sort. Prior to graduating in 2012, Gutierrez was recruited by FSH Executive Director Simon Ungless to shoot editorials for 180 Magazine. He carried that experience over into shooting product media packages for local retailers, which at first didn’t include too many mini films, but eventually became a frequent request from his clients as time went on.

“Fashion brands are using the videos more and more because you can really see the dimensions on the product,” Gutierrez explained, who also mentioned time spent on film sets added to his expertise. “A picture is just a two dimensional image, but with film, it can show you how the fabric moves, how the light affects the fabric or how it actually fits on the model.”

Gutierrez returned to the Academy in 2014 to teach editing, concept and fashion editorial classes within PH. Rabimov approached Gutierrez in the brainstorming stages of the FSH 308 class with the thought that Gutierrez could be the right bridge between FSH and PH.

Together, Rabimov and Gutierrez structured the Fashion Film Production class to give students a firsthand experience of producing a fashion film from concept to post-production and editing. Sourcing a cast (or models), stylists, cinematographers, and locations are but a few of the many things students have to grasp throughout the semester. 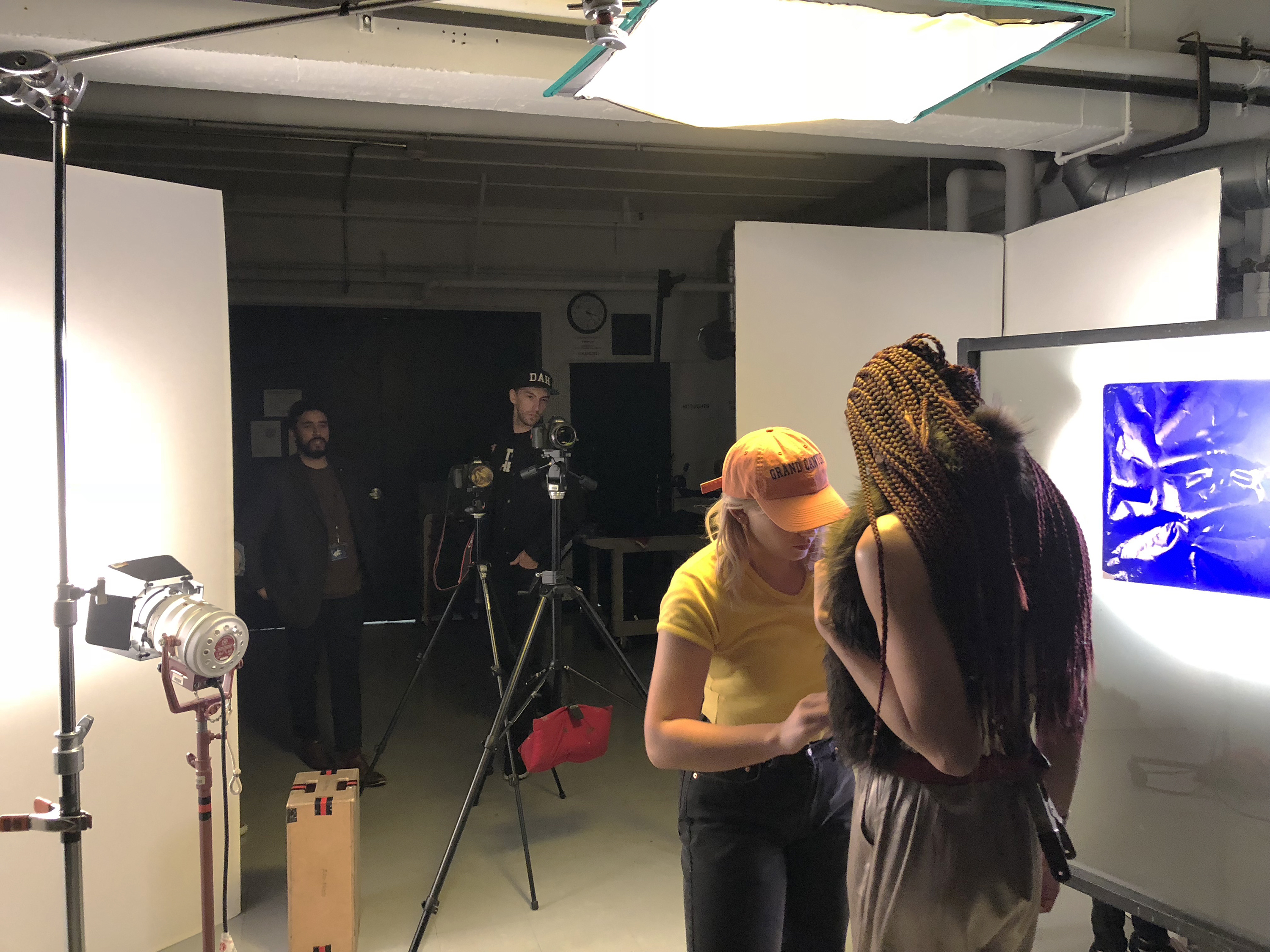 Behind the scenes of “Hue.” Photo courtesy of Nicolas Gutierrez.

“We work with them to figure how to find the right tone, right message, right concept to get that message across in the film,” Gutierrez explained. “It’s a huge effort and what we try to do in the class is just to help coordinate that. It’s project management.”

Projects from the first semesters included music videos, narrative shorts, traditional commercials and documentaries that spanned between abstract and literal. Gutierrez said there’s no real rules or bounds to what students can do within the class. He added, “Everything is related to art, it has a huge visual aspect,” and the only requirement is that it is somehow tied to fashion, mirroring Rabimov’s sentiment that fashion films carry a “flexibility of topic that goes beyond advertising.”

“Through this class, we’ve been able to gather a library of student voices,” Rabimov said. “I believe when you give students a blank canvas, the right tools and good examples to follow, it can only lead to some really amazing pieces.”

Students interested in taking the FSH 308 class are encouraged to speak to their advisor to register for the Spring 2019 semester.

A Commentary on Class

The Styling Must go on