Growing up, Andrea Pimentel always wanted to be like her older brother. He was a “star student, valedictorian,” explained the co-director of the Schools of Advertising and Web Design & New Media at Academy of Art University. Unlike her brother, who “had a clear path from the beginning and followed through on that,” Pimentel entered the professional world “with a lot of technical skills that didn’t really have a home.”

“I knew how to code, I knew motion graphics; I knew a lot of stuff but I didn’t really know where they were supposed to go,” she recalled. “There wasn’t a job for that yet.”

Almost 20 years later, Pimentel is now an award-winning interactive art director, creative director and UI designer leading ad campaigns for brands such as Suzuki, Shutterfly, eBay, Nokia, and Bank of America. Pimentel added educator to her list of roles in 2007 after landing her first teaching gig at the Academy and she hasn’t left since.

“My brother jokes now—he teaches at a school too—‘If we were at the same school, you’d be my boss,” Pimentel laughed. “So it worked out okay for me.”

Sitting in her sun-lit corner office, with a view of the traffic below, Academy Art U News spoke with Pimentel on her journey and how staying curious fueled her creativity throughout her time as a student, a working designer, and now as the co-director of the advertising and web design departments. 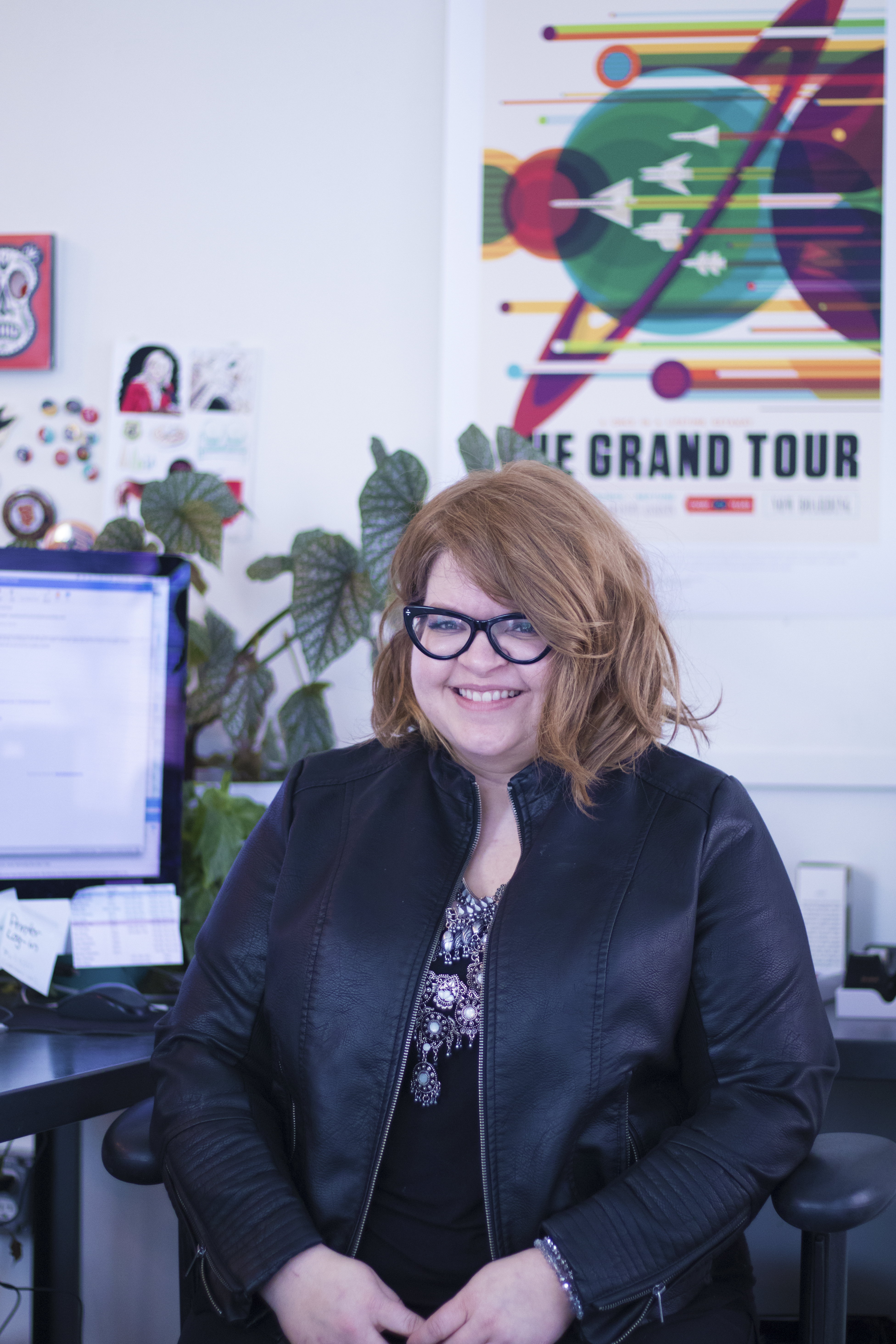 What school did you go to and what did you study?

Brigham Young University (BYU) and I studied industrial design! Industrial design was interesting because, at the time, the department was really focused on computers. They were doing 3-D modeling, they were doing stuff on computers and that’s what I was interested in. I’m pretty sure my school had an advertising program but that was on the business side, so that didn’t seem interesting to me because I wanted to be a creative person. But also, you learn a lot about people. You’re designing for people and you’re solving their problems.

Were you creative growing up as a kid?

I was a creative person in retrospect. I didn’t really know that until I got to college because to me being creative meant you could draw. And I wasn’t that into drawing, that wasn’t how I expressed things creatively. I liked making things, I liked doing things with my hands, but drawing and rendering weren’t great; that just wasn’t how I expressed my ideas a lot of the time. So, I didn’t think I was creative in that way. But once I got to school, I was a computer science major and in that class, I thought, “Oh, I’m a creative person.”

Do you find teaching creative?

Absolutely. It’s a very creative process and you’re always responding to what’s happening in the classroom—needing to change things on the fly to meet that particular class’s needs, or to help them find what they’re looking for, finding a new way to demonstrate something. If the students don’t understand something the first time, is there a different way to explain it? And that often really means having to kind of really think on your feet and be creative in that way.

How about as a director? You’re not just in charge of a single classroom, you’re also leading the bigger picture of the department.

It’s harder to be creative. It’s easy to get bogged down by paperwork and emails and spreadsheets, that kind of thing. But one of my favorite parts is when our faculty sit down together and talk about what our students are doing and what kind of jobs they’re getting and what their portfolios look like, what classes are working for them and what classes we feel like we should be getting better work from. That’s an interesting thing about the advertising and web design and new media programs are that these fields are constantly changing and we really need to be responsive to that and make sure that we’re teaching stuff that’s really relevant right now.

Was there any guiding philosophy that kept you grounded throughout your career?

Yes and that is just embracing change. Learning about as much stuff as you can and if it interests you, it can be relevant to your work. There’s definitely those who really see their particular industry or their particular type of work as static and unchanging and that there’s a specific way to do things. That is completely opposite of my philosophy and what has worked for me is that I try to bring in everything that inspires me and often that’s learning something new. I wanted to really be involved in as many things as possible and learn as much as I could and add all that to my collection of skills in my tool belt and that has really served me well. If you’re always looking forward and ready to pick up whatever’s new, then you’re always going to be relevant and you’re always going to be part of the game.

It feels like your story is proof that a successful career is never really a straight shot.

It never is and I think that’s something students are often concerned about is that they think there’s one right way to get a job. Like, if you do one misstep that you’ll never make it and the truth is that the jobs out there are more varied than you’d think and that there’s a spot for you no matter what you want to specialize in. I have a short-term attention span, I was interested in a lot of things and I really saw that as a downside when I was in school. But then I found an industry where that was a great thing, to be curious and to enjoy learning new things all the time and being able to put those skills together. And so there was a spot for me here, and there’s a spot for every student who’s willing to be creative and willing to put in the work and wants to do it. There’s a spot for them.

This Q&A has been edited and condensed. | Office Hours is a monthly Q&A column featuring Academy of Art University directors and faculty.