Lana Bachynski shares insights on the day-to-day challenges, creativity, and breakthroughs of her work within the animation industry

With gothic-inspired clothing, juvenile charm, a ballerina’s agility, and a sinister fanged monster, Orphea seems like a video game character of contrasts. Yet, complexity is exactly what lies at the heart of her creation. This daughter of the Raven Lord in the multiplayer online battle arena game “Heroes of the Storm” is more than a powerful assassin. She’s the first unique hero for the game, produced by Blizzard Entertainment. She’s also, as Blizzard Senior Animator Lana Bachynski argues, an apt window into the intricate video game character-creation process.

Bachynski, an Academy of Art University School of Animation & Visual Effects (ANM) alumna, was pivotal in creating the character from beginning to end. She used Orphea as a jumping-off point for an entire talk delving into her work at the 2019 Game Developers Conference (GDC), held March 18-22 at the Moscone Center. In previous years, she’s spoken four times at GDC—a conference she called one of her favorite events. This talk, however, marked the first presentation centering on her work at Blizzard. 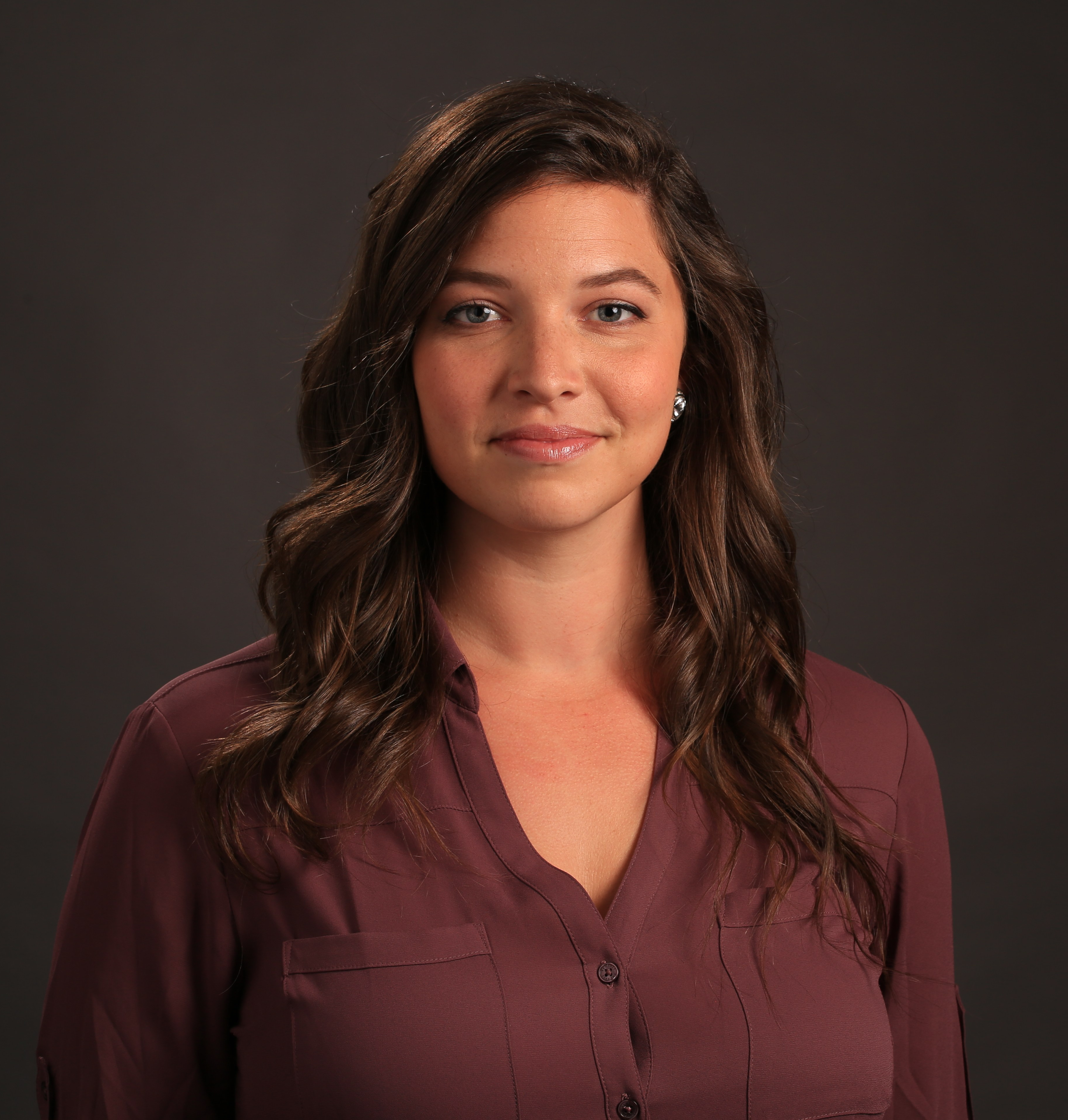 “Orphea is unlike anything else at Blizzard,” Bachynski said to a packed room of conference attendees on Wednesday, March 20. Pre-Orphea, “Heroes of the Storm” functioned like an all-star mashup; it only featured characters culled from different Blizzard franchises, such as “Warcraft,” “StarCraft,” and “Overwatch.” Bachynski said that Orphea is the first playable representation of the franchise, and proof that it “has legs of its own.”

Against vibrant slides showcasing the hit game’s detailed artistry, Bachynski explained that tracing Orphea’s landmark creation is a perfect gateway into the video game animation process. She also spoke on what it takes to gracefully introduce a new character into an already-established world of myriad artistic styles and walked audience members through various challenges—such as overcoming team member communication issues.

While she learned a lot from bringing Orphea to life, Bachynski is no stranger to this process. She’s worked at Blizzard for five years. Before, she was an intern for the game “StarCraft II: Heart of the Swarm” while earning her B.F.A. at the Academy. Her love for this career began even earlier, in high school. After the conference, she shared the lightbulb moment that occurred when a teacher pulled her aside one day: “He pointed one by one to the posters around the room—of ‘A Bug’s Life,’ ‘The Incredibles,’ ‘Warcraft,’ etcetera—and he said, ‘Lana. People get paid to make these things you know.’ And it just clicked!”

While at the Academy, collaboration and support were important. She launched the Tea Time Animation Club in 2012—something she considers the best move for her career. “Learning the soft skills it takes to be involved with a community has wildly shifted my career trajectory into high gear,” she said. “Being a resource for my fellow students and to the school community, in general, meant people thought of me when they needed help, but also when opportunities arose for jobs, reviews of my own work, or even just simple introductions and networking.” 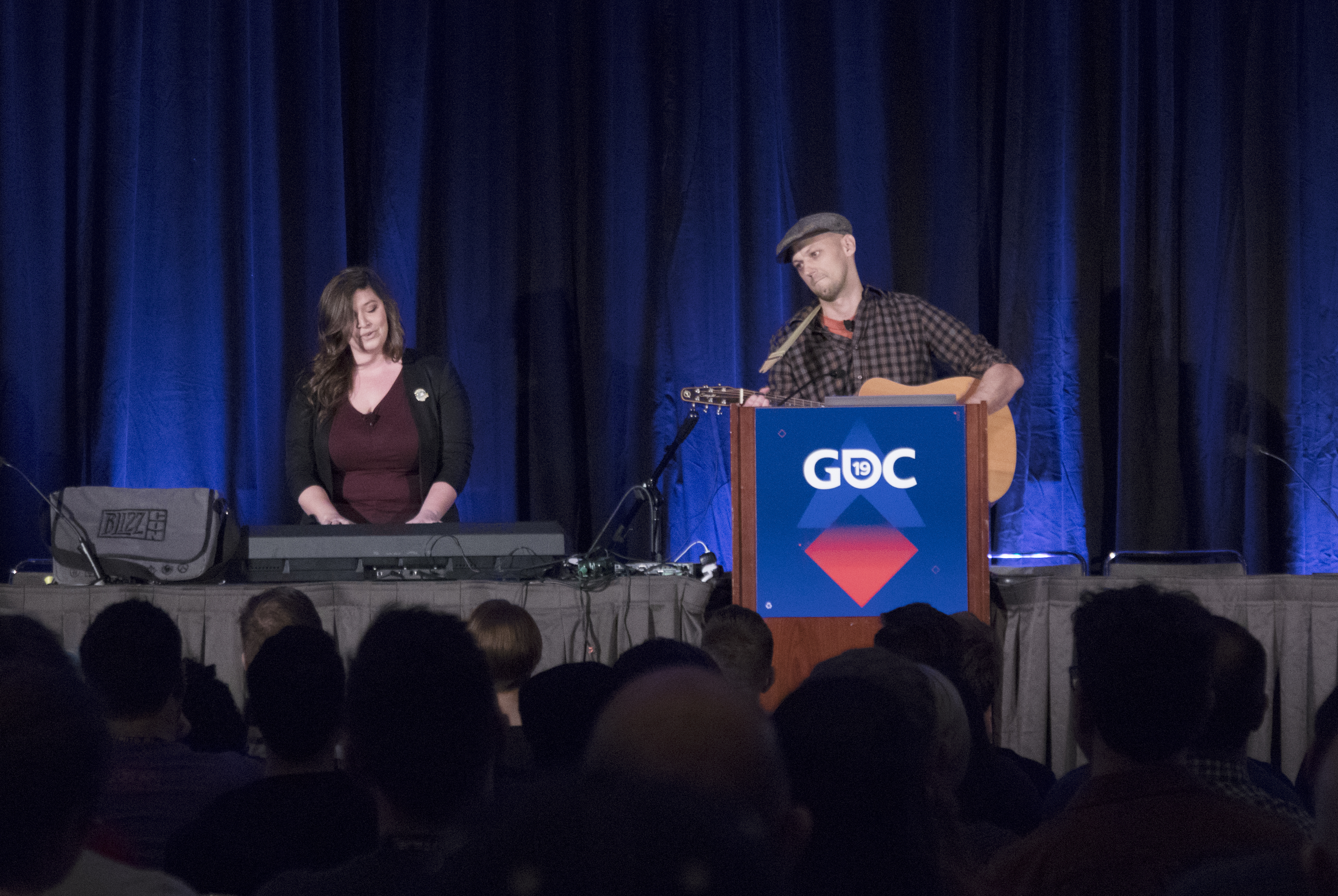 These days, she’s still spreading knowledge. Bachynski spearheads several events at GDC. She’s co-run an Animation Bootcamp, comprising in-depth tutorials for the past two years. For the last four, she’s led the Animation Microtalks, breakneck-paced mini presentations where 10 speakers cover various aspects of game creation. At this year’s Microtalks, following the theme of “Creative Voice,” Bachynski opted for something different. Equipped with guitar and keyboard, she and Bioware Animation Director Ryan Duffin performed a playful tune about choosing the path of animation.

Yet, it was her talk on Orphea that delved into how that path looks day to day. “We wanted Orphea to be a complex and multifaceted individual,” she told the audience. “Bursting at the seams with personality.” She stressed, however, that a core aim was ensuring the animation syncs with gameplay. “It doesn’t matter how gorgeous the art is if the character sucks to play.” Achieving this balance took several stages. Bachynski displayed one early mockup of the character featuring feather-like adornments—drawing heavily on Orphea’s home realm of Raven Court. In another, they pared down the raven motif and leaned into an elegant dancer’s aesthetic.

Bachynski also spoke about the process’s failures and difficulties. There were some issues with team member communication, both within and between disciplines. “Failing together is growing together…the many attempts and failures that the team endured throughout Orphea’s development felt disheartening at times,” she said. “[We were] discovering the best practices to work with one another.” One solution was to keep each other in the loop, being honest about capabilities. They also created safe spaces for honest feedback. Overall, she says the strategy she and her team devised throughout the development process was just as successful as the final product.

“Without all our failures we never would have gotten here,” Bachynski said.