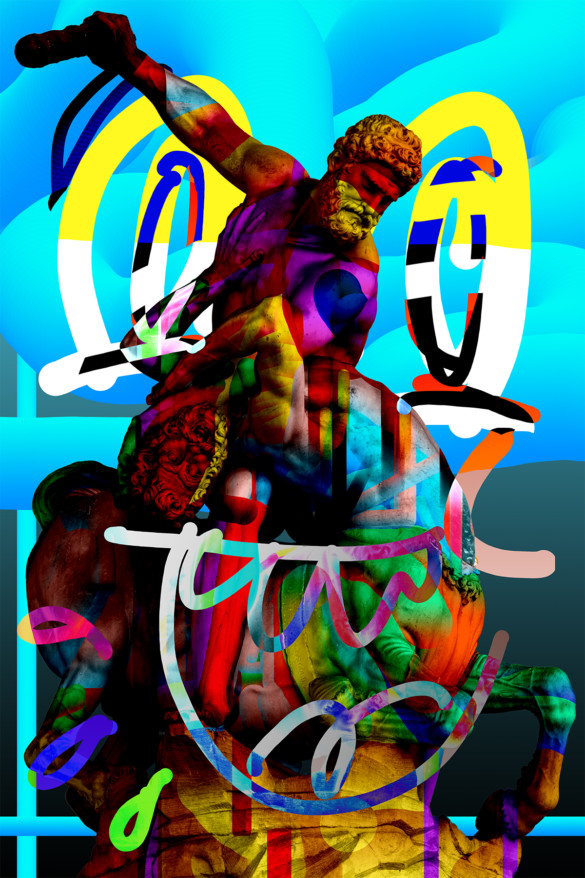 “Hercules and Nessus" by Chanoh Heo. 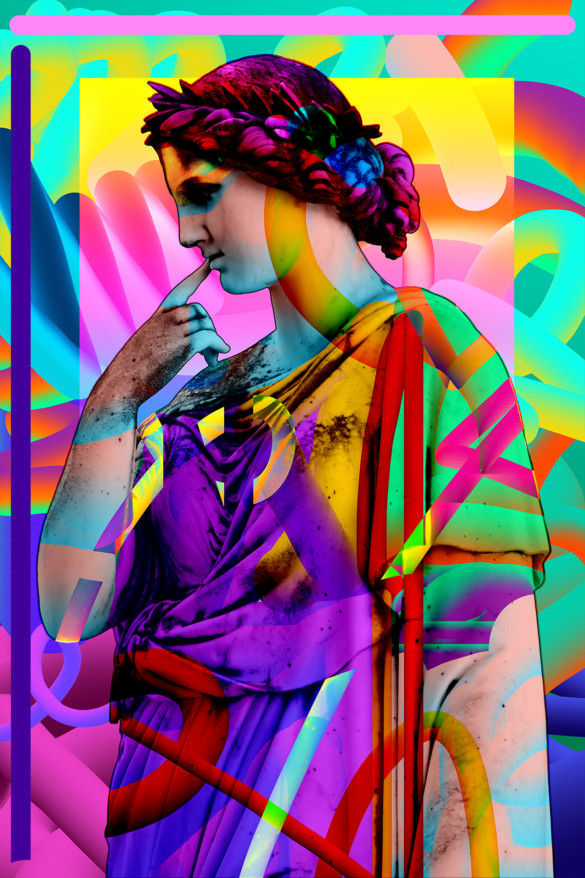 Juxtapositions between old and new resonate at the heart of “High End,” Heo’s exhibition that is on display at Academy of Art University’s Atelier Gallery at 79 New Montgomery through April 5. The basis for each work hinges on prominent high-art sculptures long ingrained into public consciousness, like Michelangelo’s Pietà, the Capitoline Wolf, the Venus of Willendorf and Giambologna’s Hercules and Nessus, to name a few. Yet, Heo applies a striking pop-art twist; the Pusan, South Korea native adds vivid hues, repeated patterns, and drawings such as smiley faces and animals. The works are printed on aluminum and some have neon lighting attached. It’s a treatment that revolves around Heo’s intent to minimize space between art and viewer. As his artist statement describes, the sculptural images he uses—copied over the centuries—are so familiar that “their sacredness and original intent” has diminished.

At the exhibition opening on Friday, March 8, Heo explained that he’s never seen these celebrated sculptures in person. Yet, like many, he knows them and their cultural weight. By grounding them within pop art, he aimed to make them more accessible. He likens the brilliant colors and neon lighting to a flame luring his viewers, like moths, to high-art subjects that may have not felt approachable before. 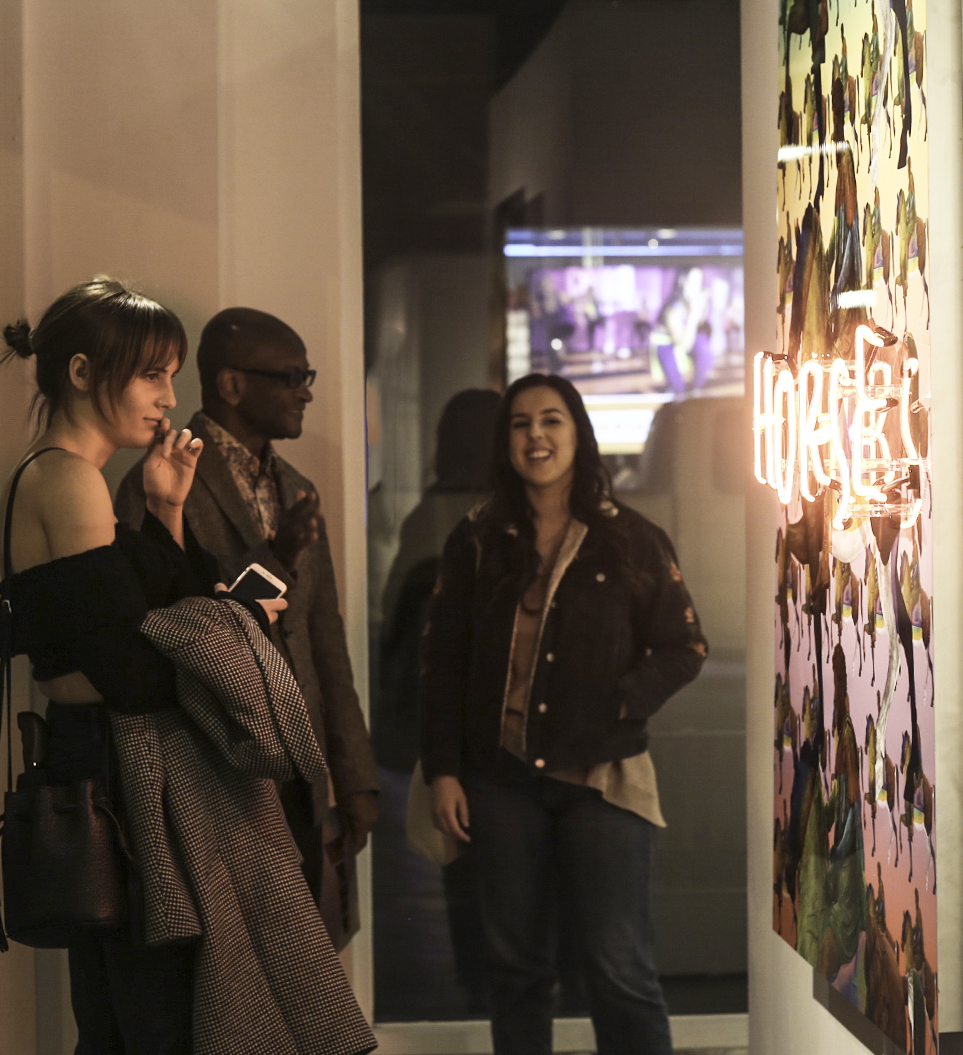 The medium is also a jump from his typical studies. He used a technique called dye sublimation to print on aluminum. After the opening, he wrote that print, more of a commodity, is a more familiar medium. “Unlike oil painting, which has several paint layers in one painting, my paintings in ‘High End’ are superficial since these have only one layer.”

Atelier Gallery Manager Kevin Goring first noticed Heo’s work at last year’s Spring Show. There, Heo’s featured work also showcased a vibrant color palette and iconic images. However, Goring asserts that “High End” presents an evolution in his work. “It’s a combination of his past digital pieces and his utilization of classical imagery. His past pieces, from the limited inventories I’ve seen, skewed heavily to one or the other,” he said. “This collection takes those ideas from a more abstract place and refines it under a more pop-art umbrella.”

Heo earned his B.F.A. from the Academy last year before pursuing his M.F.A. He was originally an animation student but soon pivoted into fine art painting. Branching out again—from the comfort zone of classical painting—takes courage, says Heo’s former teacher, FA painting instructor Drew Price. “Using these different kinds of visual vocabularies, from classical to very pop and modern, kind of recontextualizes these classical, iconic works of art. I think that works out really well. And then you throw the neon in there and it really supports that idea,” Price said at the opening, gesturing at Heo’s “Laocoon and His sons (triptych),” a large piece. He added that Heo is skilled in classical realism, but didn’t let that limit him. “He had a vision and he pursued it.” 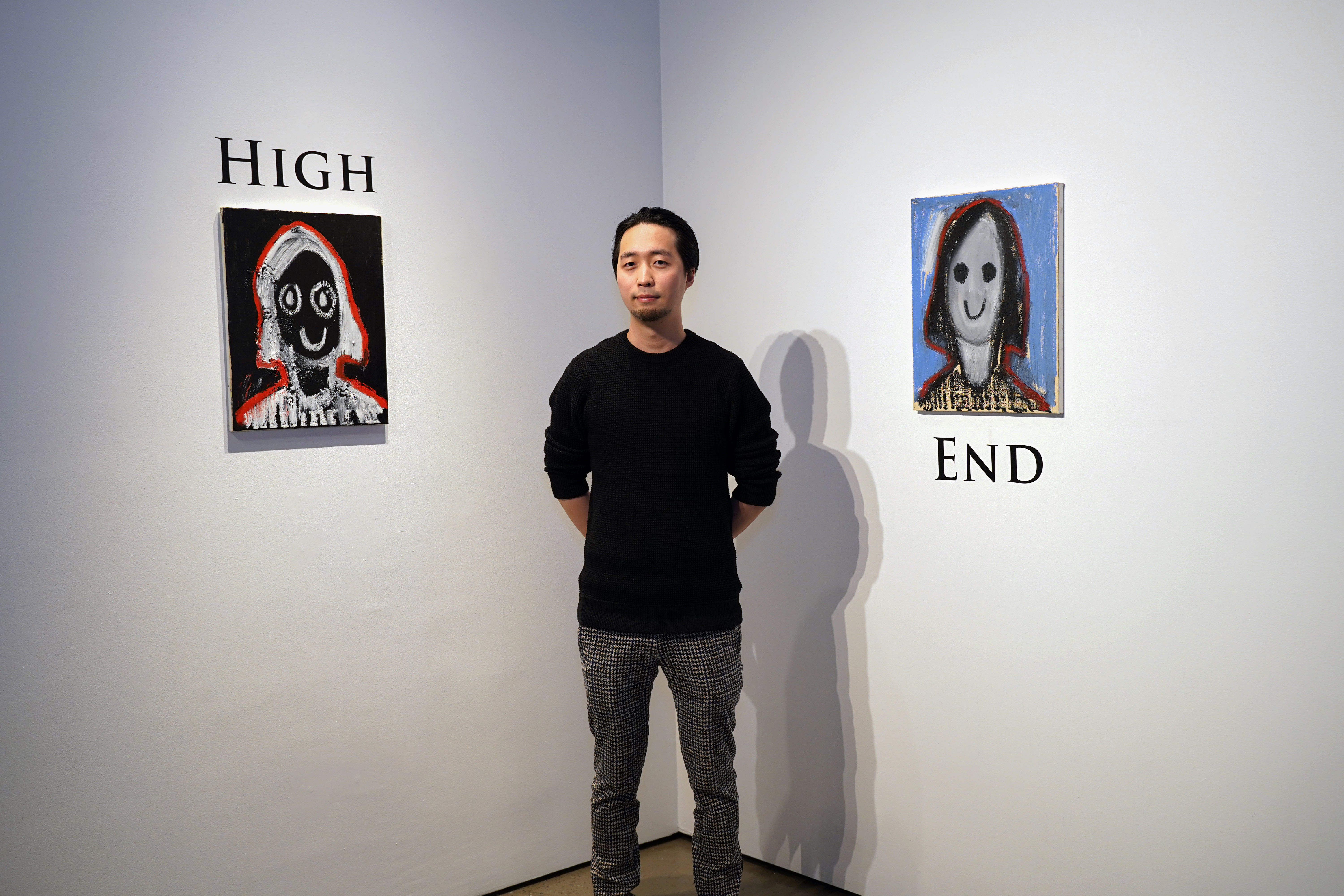 Those in attendance at the opening also seemed to note Heo’s flirtation with boundaries. Dzesika, an M.F.A. student studying needlework who declined to give her last name, said that Heo’s innovative spirit is inspiring. “He’s pushing everybody around us to kind of rethink why we’re working in the medium that we are. As a student, you just do what you’re told. Or, do you explore?” she said. “He’s sort of rebellious. He hears the rules and he breaks them.” Dzesika offered that it’s a kind of artistic investigation she feels that the Academy fosters. “For those of us who have come back with intention, they really give us the freedom, support, and critiques as well,” she added. “Chanoh seems like one of those students who came here with his own mission in mind and he’s getting support.”

Postmodernism informs this series, but Heo said that future projects may explore other movements, such as minimalism. 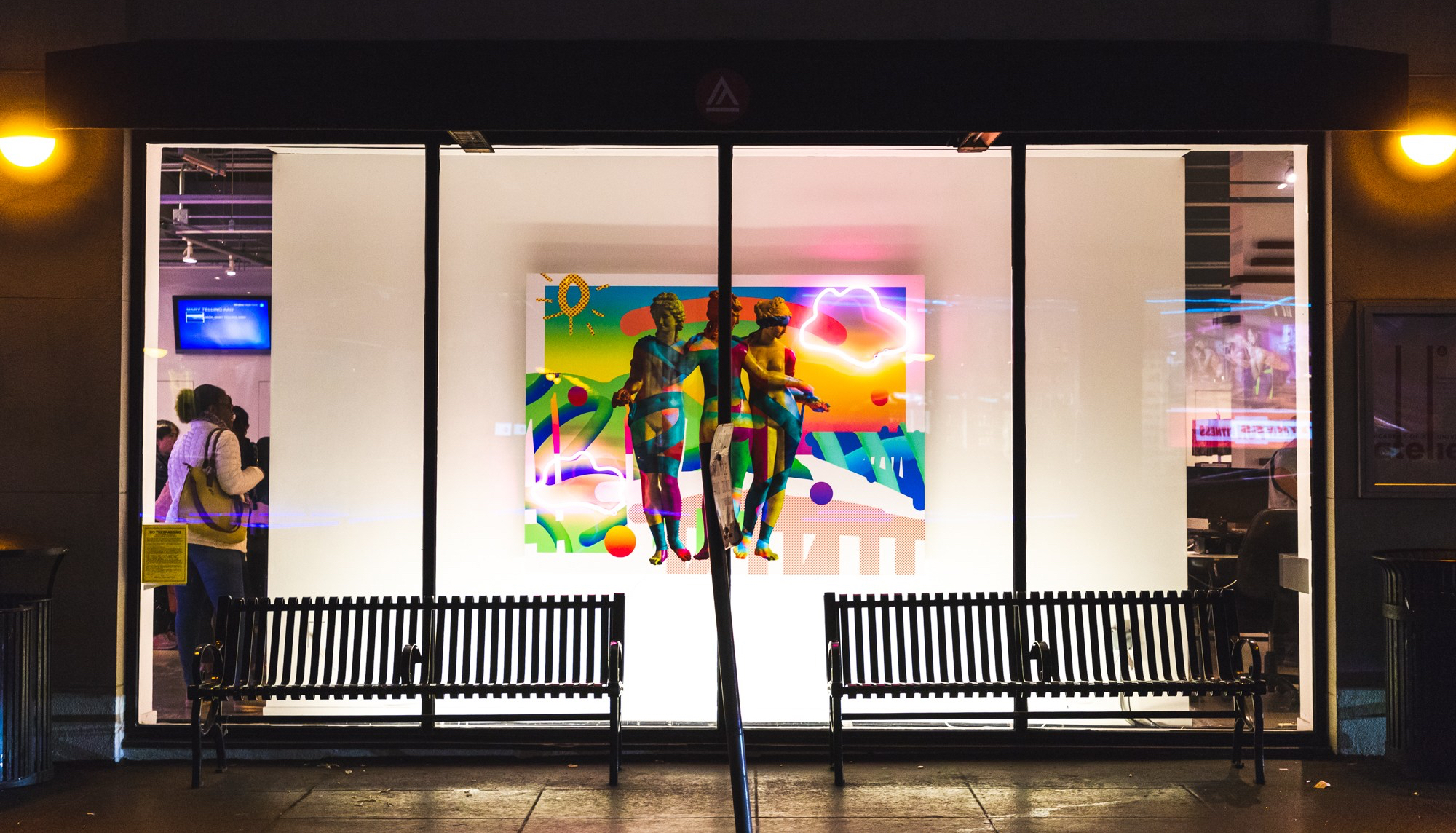 The view of Chanoh Heo’s “The Three Graces” from outside the Atelier Gallery. Photo by Alleister Flores.

Goring said that “High End” also connects to a key cultural moment in San Francisco. “Especially in this city, I can see pop art filling a lot of gaps,” he said, offering how nearby hotels or tech companies would appreciate this hip aesthetic. For Goring, it also goes deeper. “The base nature of his work is what captures me the most,” he said, referring to the utilization and manipulation of classical imagery through a pop art lens. “It raises the question as to how the viewer takes in and appreciates these works in a heavily reproduced digital age versus how someone would have originally seen it, skewing that intent and to a point, becoming unrecognizable.”