On the heels of his ninth career title and 17 total All-American trophies, Academy of Art University School of Communications & Media Technologies (COM) student Mobolade Ajomale was named NCAA Division II Indoor Men’s Track Athlete of the Year in a March 13 announcement by the U.S. Track and Field and Cross Country Coaches Association (USTFCCCA). The Richmond Hill, Canada native won his third consecutive 200m title, finished runner up in the 60m, and contributed to the Academy’s third-place 4x400m relay en route to becoming the High Point Athlete of the Meet at Indoor Nationals.

“It’s great to see Bolade rewarded for one of the most consistent seasons of his career,” said Director of Track and Field/Cross Country Kevin LaSure. “I think he showed what he was really made of this indoor season. Not everything went according to plan at last week’s NCAA’s, but he bounced back and showed why he’s a true champion. It’s really easy to perform when everything is going well, but the true test of a champion is how they perform when they are hit with a little adversity, and Bolade truly showed what he was made of after the 60m final and handled it with class. So it’s great to see other people notice that and reward him for his hard work.” 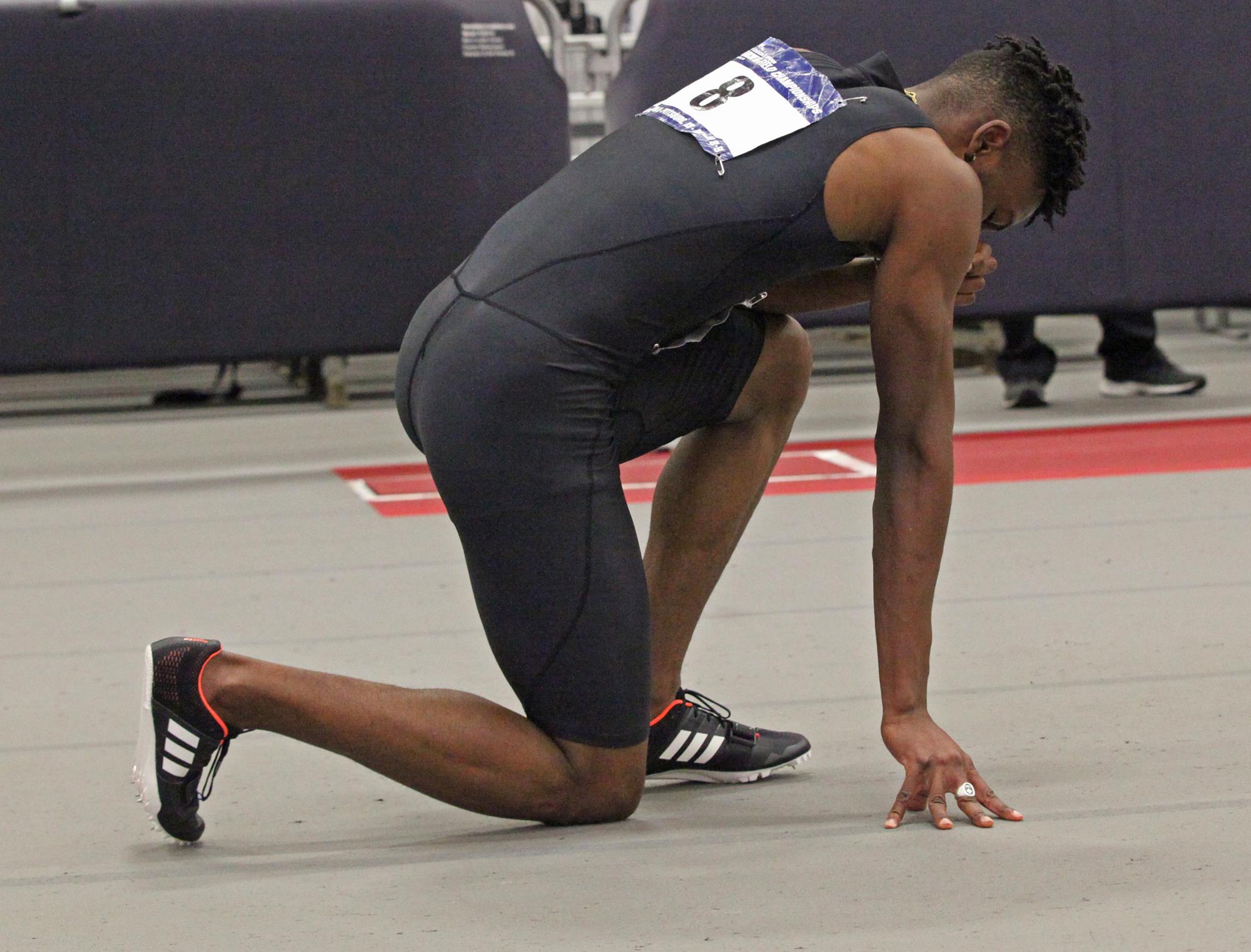 After running a season-best 6.64 in the prelim the day prior, the Richmond Hill, Canada native went 6.65 for second overall in the 60m finals before earning his third consecutive 200m title some two hours later with a 20.88 in the final. In the last event of his career, Ajomale combined with his fellow COM teammates Christian Carter, Roshard Williams, and Grant Swinton to run the fastest 4x400m relay time in program history and seventh-fastest in NCAA DII history (3:10.02) for a third-place finish.

Now a 17-time All-American, Ajomale closed the book on an indoor career that saw him capture the 60m title three consecutive years (2016, 2017, 2018) and the 200m championship three straight as well (2017, 2018, 2019), tying him with Adams State’s Sydney Gidabuday as the only NCAA DII men with six individual career indoor titles. Ajomale finished with a total of 19.5 points at the meet, the most of any male student-athlete.

This is the fourth USTFCCCA National Athlete of the Year award in Academy of Art Track and Field program history after Vashti Thomas earned the outdoor honor in 2013 and Ajomale himself collected the indoor version in 2017 and the outdoor version last season.