After a decade and a half of military service, Christina Crosby is in her final year at her dream school: Academy of Art University

Christina Crosby enrolled in Academy of Art University’s School of Interior Architecture & Design (IAD) after spending almost 20 years navigating the insides of subterranean U.S. military intelligence buildings. Wandering the halls of these windowless, fortress-like structures over countless caffeine-fueled 12-hour shifts made her wonder how exactly their floor plans were thought-up, and contemplate how to rearrange the interiors of military housing as well.

Unfortunately, military contracts are famously difficult to come by, even for interior design. Crosby has pressed on undeterred and is expecting to graduate with her B.F.A. in the spring. For Crosby, it’s both a launching pad into the world of interior design and architecture and a childhood dream come true. 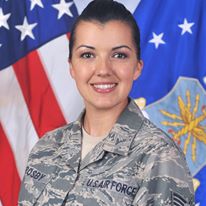 “I joined my art class on a field trip to tour the Academy of Art when I was a sophomore in high school, 1995. For me it was a done deal,” Crosby recalled.

Crosby completed the application process during her senior year of high school and was summarily accepted for the fall semester.

“However, due to my parents divorcing I wasn’t able to go and had to come up with another solution to pay for college,” Crosby said. “My dad told me to ‘join the army.’ So I went to a recruiting center and talked to the first person I met.”

That person happened to be in the Air Force, so that was the branch she ended up joining. Crosby served as a signals analyst, where she “analyzed foreign communications and wrote up reports to brief high-level decision makers.” Her job involved parsing through a lot of highly classified information in the interest of protecting fighter pilots and other Air Force personnel.

She wasn’t planning on an extended stay in the Armed Forces—just long enough to serve her country and qualify for the GI Bill. “I was due to separate in 2001 and then 9/11 happened. After that, I knew I couldn’t get out,” Crosby explained. “I knew my country needed me, so I re-enlisted two weeks later, for another four years.”

In the years following 9/11, the environment in U.S. intelligence operations was “tense. Before 9/11 we did a lot of exercises and then when it hit the fan, we went into real-world mode and put all of our practice to use,” Crosby explained. “It was the first time in all of our lives that we had been attacked on our soil. That was scary. But we all fell into our places and did our jobs to ensure our country was safe. Best job I ever had.” 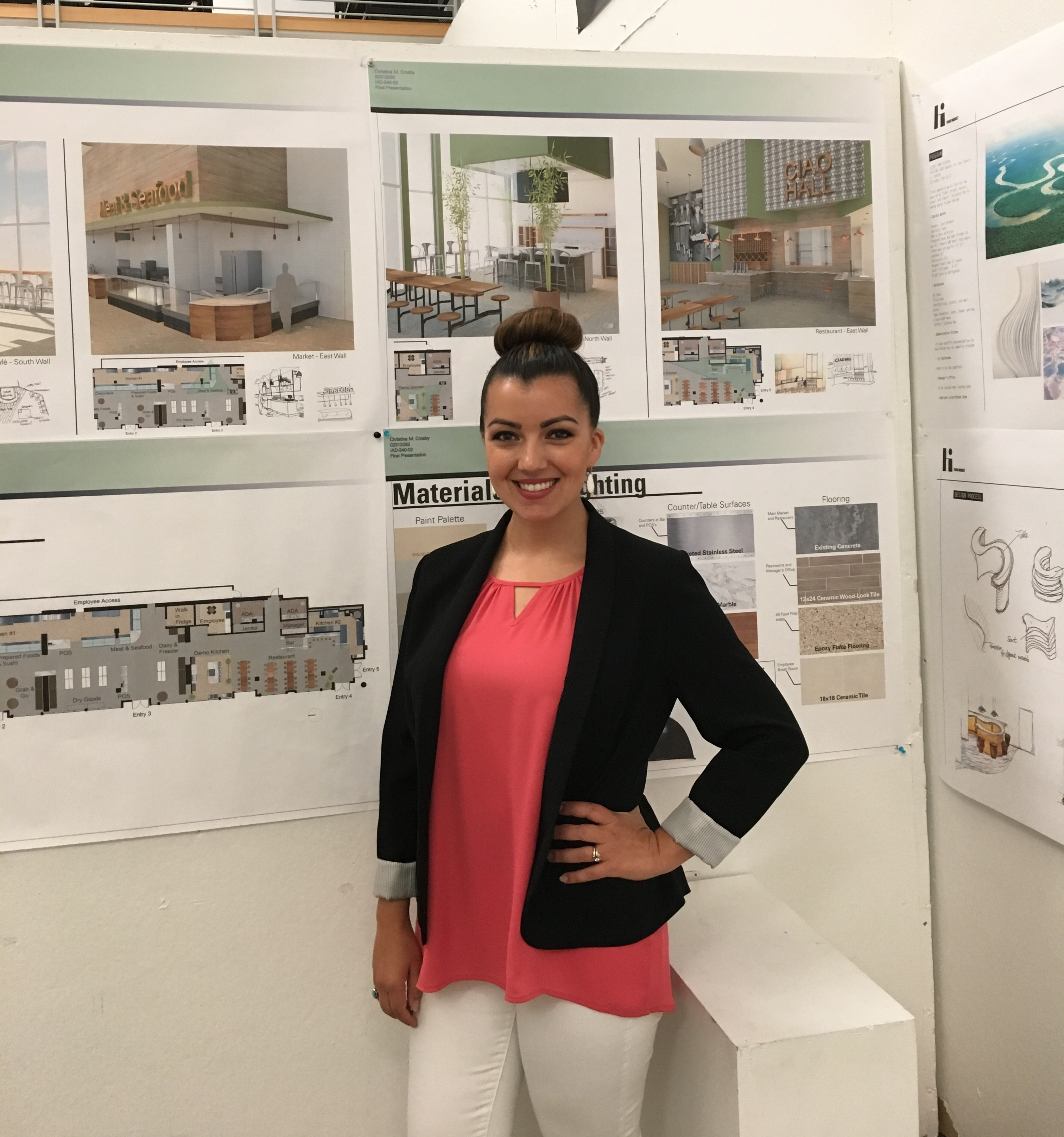 Crosby is graduating with a B.F.A. in interior architecture and design in Spring 2019. Photo courtesy of Christina Crosby.

Over the years, Crosby’s dream of attending the Academy slowly faded into the back of her mind. In the meantime, she started a family, giving birth to three children, Aviana, 11; Ellina, eight; and Camden, six.

“After the birth of my third baby, it was getting too hard to be gone from them and I decided to get out,” Crosby said. Unfortunately, she left the military right before qualifying for benefits, but thanks to the GI Bill and Yellow Ribbon program she was finally able to enroll in the Academy. After a harrowing two decades of courage, determination, and sacrifice, her original plan and childhood dream still worked out.

“I had originally wanted to be an illustrator for Disney when I was in high school,” Crosby said. “But, after living in pre-WWII military housing for years and thinking about how I could transform these homes, and after the HGTV boom in the early 2000s, I really started to become passionate about interior design.”

Crosby’s time at the Academy has been everything she hoped it would be. She’s impressed and grateful for the quality of education she’s received and its synergistic relevance to interior design and architecture workplaces.

She was especially grateful for instruction from IAD Capstone Coordinator Tom Collom, whom she said “oozed with enthusiasm” for the subject, and taught in a way that passed on that enthusiasm to his students.

“The fact that nearly all the instructors I had were actually currently working in the industry or had had a long career working in it,” Crosby expressed. “The real-world experience they were able to give us was invaluable.”

From US Marine Corps to the Movie Screen

Engaging the Business Side of Fashion

To El Salvador, With Love