When it comes to movie magic, “Aladdin” is just about as astonishing as it gets.

It’s a tricky thing to craft a story world brimming with fantastical enchantment, from flying carpets to a Cave of Wonders to a blue-tinged, wish-granting genie. It’s even more challenging to tackle a remake—especially something based on a long-beloved film, and one where filmmakers strive to gesture back at the original but also add their own artistic stamp to the zeitgeist.

It seems this balancing act is winning over fans. The vibrant live-action remake of the 1992 animated classic, released this past May, keeps sailing past box office records. According to Box Office Mojo, it has raked in more than $900 million worldwide—far outperforming expectations. 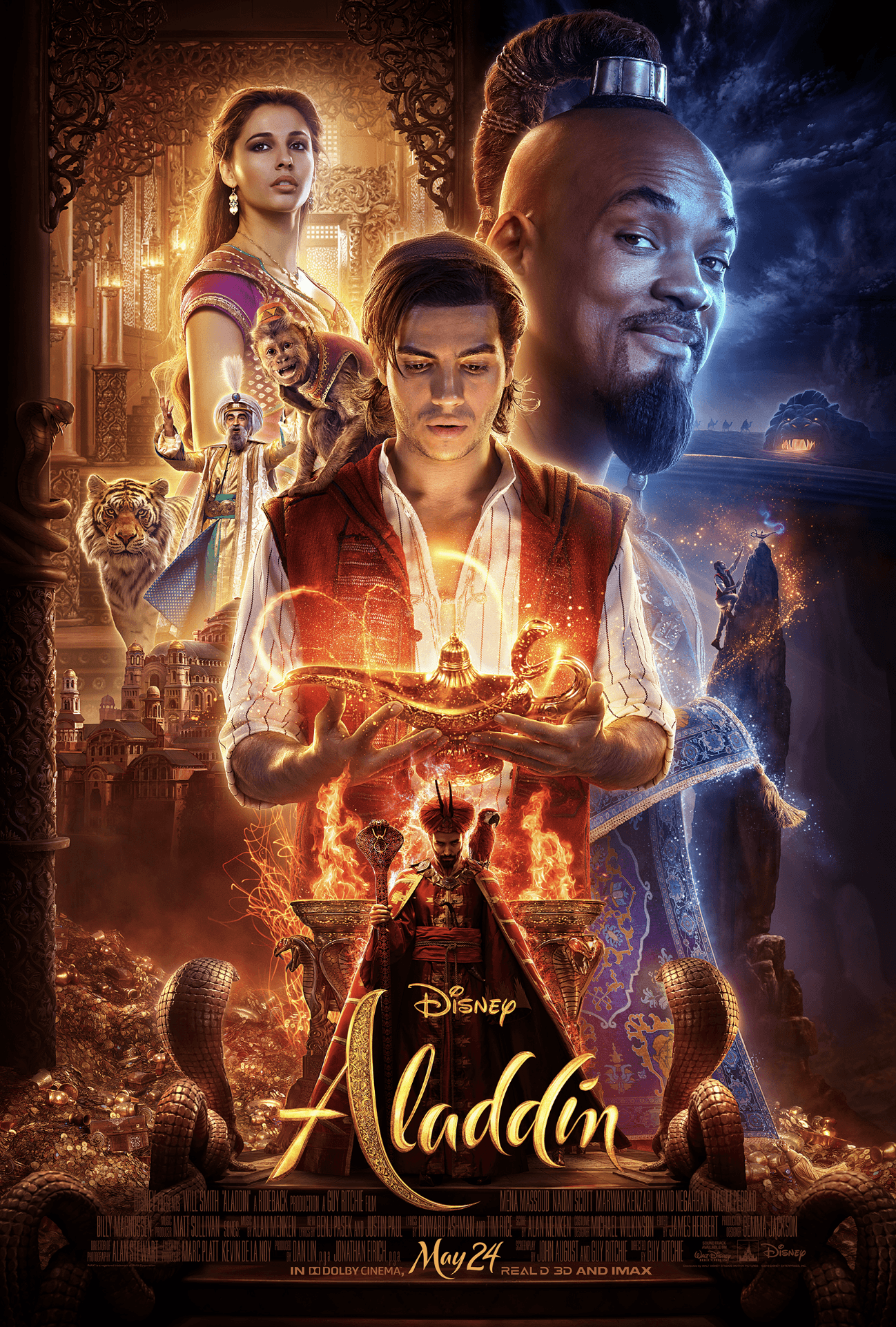 Several alumni from Academy of Art University lent their talents to the smash hit film, from animating to compositing, to conjuring the film’s creatures and visual effects. We spoke to School of Animation & Visual Effects graduates Olov Samuelsson (B.F.A. 2008) and Tracy Nicole Irwin (B.F.A. 2004). They shared some details about their roles on the movie and their advice to Academy students who aim for similar careers. Also—especially as remakes are on the rise with no signs of stopping—they offered their take on what’s important to make a film that resonates nostalgically with an audience while ushering forth something fresh.

That concept, of retelling a classic yet establishing a new film, is something that Irwin reflected on. “I have no objection to remakes because there can be infinite ways to recreate a fantastic story,” she said. “But if the original is a masterpiece, the expectations for a recreation will be extraordinarily high.”

Irwin was a creature technical director on “Aladdin,” working on the characters Abu, Carpet, and Genie. Her role included rigging and simulating dynamic elements like cloth and fur. Her department worked on making the characters look realistic and move naturally, “which can be challenging when you’re working with something like a carpet that comes to life,” she said.

“Aladdin” was her first Disney film; previous projects include “Avengers: Infinity War,” “Thor: Ragnarok,” “Black Panther,” and “Pacific Rim: Uprising.” However, she said that she was met with the usual challenges: “The greatest probably being the objective to squeeze out the best work possible in a lot less time than you wish you had,” she explained. Yet, as you’d expect, there were exciting aspects to the job. Irwin shared: “I requested to work on the Abu shots where he simultaneously plays a drum, cymbals and a kazoo. That was a favorite scene in the movie!”

She said the original 1992 “Aladdin” was a favorite among her and her sisters. “To have my name in the credits for this film was very nostalgic. When I was a 10-year-old girl, I never imagined I would be a part of recreating something truly magical like ‘Aladdin.’”

Irwin’s advice to Academy students: “Surround yourself with creative, intelligent and inspiring people. Networking is invaluable, and I don’t mean on social media platforms, but in real life. This applies to people in general, not just those in the career you covet.”

Samuelsson—whose many past credits include “Godzilla,” “Aquaman,” “The Hunger Games: Catching Fire,” “Thor: The Dark World,” and “Solo: A Star Wars Story”—was a compositor, working on a sequence with two major characters. His goal was to make these characters and their surroundings fit in their respective sequences via matching CG-rendered scenes and characters to filmed elements.

In his work, Samuelsson stressed, paying close attention to details is essential. It was key that the full CG-rendered shots matched the rest of the sequence. It required scrutinizing detail and also paying attention to the bigger picture—a well-rounded practice he advises Academy students to embrace. “Try to understand how the full sequences tie together and what the overall look of the project is supposed to be,” Samuelsson said.

His other advice to Academy students: keeping in touch with recruiters and displaying a genuine interest for your craft. “And it’s very important that you know how to take critiques, and constantly improve,” he said. “It’s a tough industry, and these days job security is pretty much non-existent. But, if you are willing to work on short-term contracts, not be too fussed about long hours towards the end of a show, and potentially move to different countries for work, it can be very rewarding.”