Maggie Gyllenhaal talks about her role in “The Kindergarten Teacher”

At the Mill Valley Film Festival screening of her upcoming film, “The Kindergarten Teacher,” Maggie Gyllenhaal was a pure delight. After receiving the Mind the Gap Award for her work and advocacy to close the gender gap in the film industry, Gyllenhaal sat with MVFF Director of Programming Zoë Elton, discussing her “strange job as an actress,” and her ascent into producer-dom, with one particular perk in mind.

“I always get to choose the clothes,” Gyllenhaal surmised, at least of her own characters.

Gyllenhaal’s candor and humor on the stage was a stark contrast to her character of Lisa, whom audiences saw on the Rafael Smith Film Center big screen on Oct. 12 just moments before. “The Kindergarten Teacher” follows Lisa as she has a breakthrough of sorts—she notices one of her students, five-year-old Jimmy, played by Parker Sevak, has a knack for poetry, and Lisa is arrested with inspiration.

His radiant stanzas typically arrive when he’s pacing, arriving in ah-ha moments while Lisa scribbles them into a notebook. She perceives him as a “young Mozart,” and wants him to flourish: “Talent is so fragile and so rare and our culture does everything to crush it,” she muses. But as Lisa’s attempts to nurture Jimmy turn from empathic to obsessive, what starts to emerge is, as Gyllenhaal put it, “the consequences of starving a vibrant woman’s mind.” 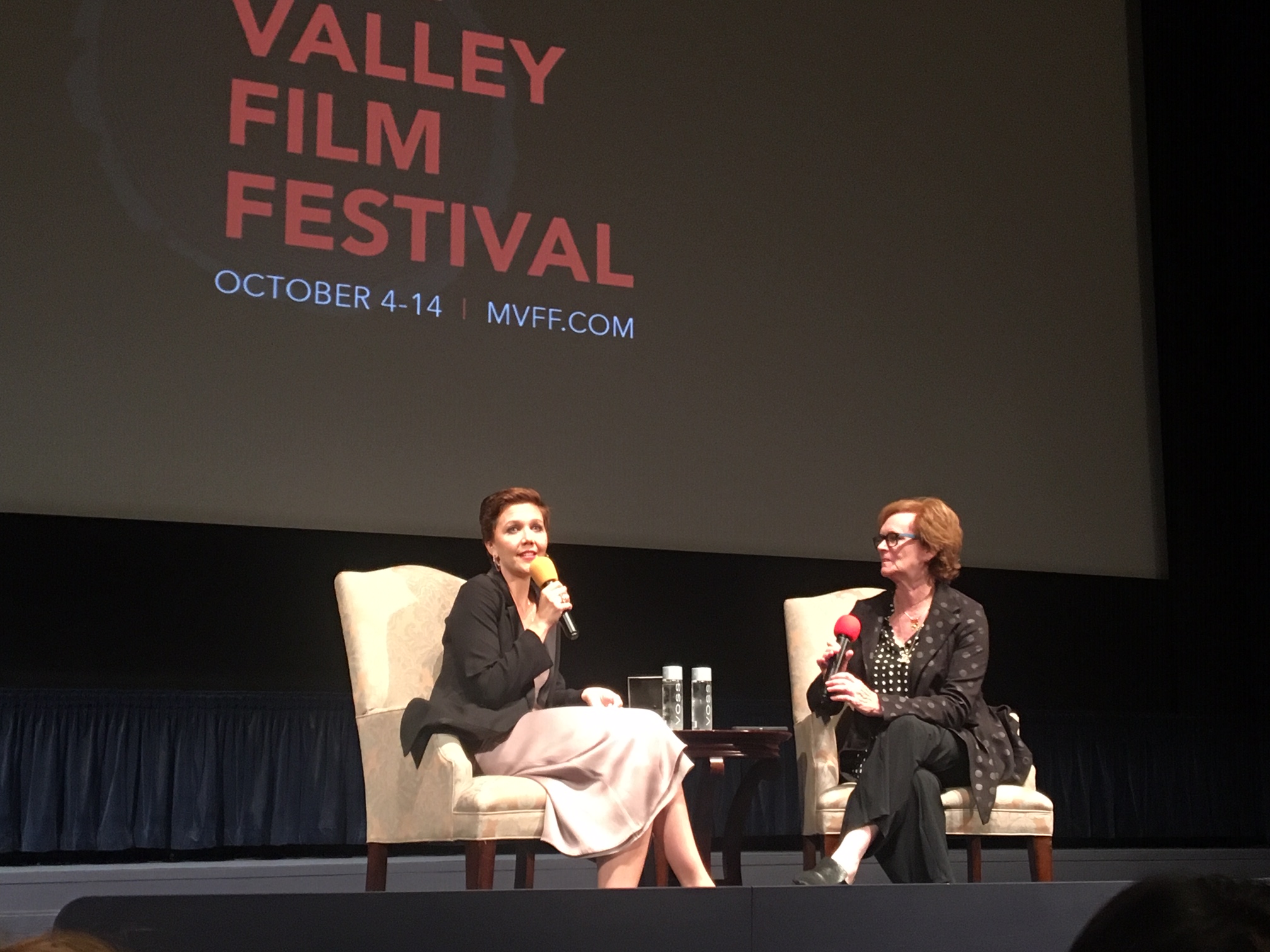 “Many women have been waking up to where they actually are versus where they hoped to be,” she said to the audience. “[Women think] ‘I’ve been hollowing myself, I’ve bent over backwards to get the things that the culture that we live in have told me I need in order to survive.’ There’s a consequence to that, a cost, and Lisa is an extreme example.”

Directed and written by Sara Colangelo, “The Kindergarten Teacher” is an adaptation of Israeli director Nadav Lapid’s 2014 film of the same name. Similar to Lapid’s, Colangelo’s edition is a subdued psychological drama that teeters into thriller territory towards the film’s end. With more of a feminist bend to it, cinematographer Pepe Avila del Pino often keeps Lisa at a distance, with tons of headspace that exudes wonder and solitude. But during her frenetic moments, Pino holds Lisa tight and up-close, Gyllenhaal’s blue eyes spark with excitement and at times, rage.

Within this mold, Lisa’s character was tailor-made for Gyllenhaal. Lisa is at once nurturing and gentle, even when she uses conniving means to get Jimmy to a poetry reading or to an upstate lake for a swim. Her intentions are pure—she wants to foster Jimmy’s talent when his family refuses to—but her methods are questionable, and that’s part of the unending depth Gyllenhaal said she’s always looking for in her roles.

“I’m interested in that humanity,” she told the audience, though she admits Lisa was one of her more unpleasant roles to play. “There’s usually the hook, something that engages people on one level, but what I’m looking for is space to put all the things that are most exciting to me.” 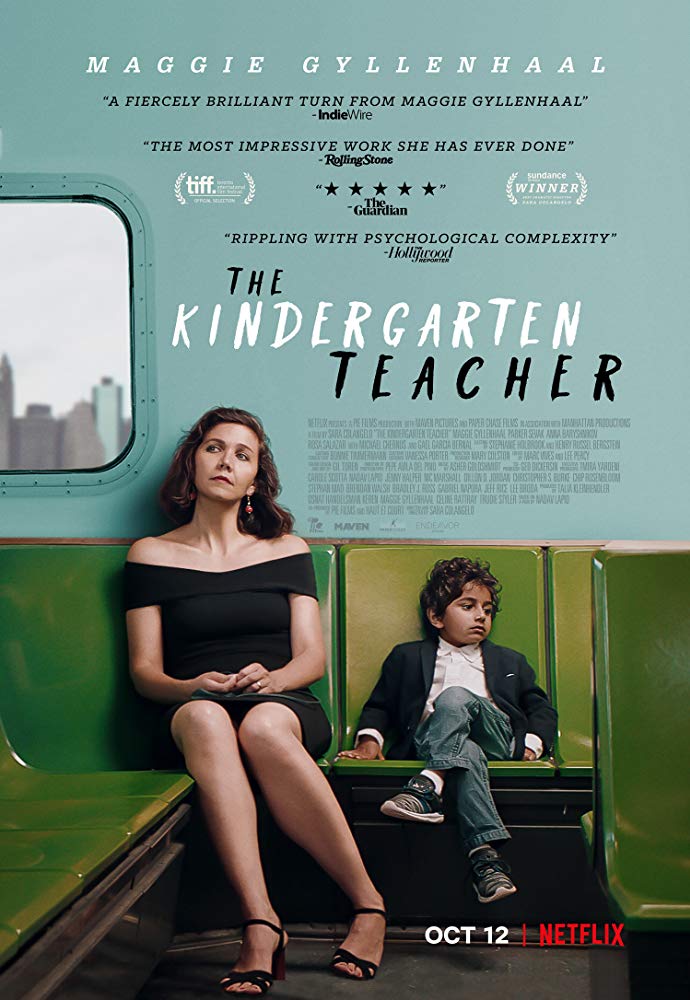 The hook of “The Kindergarten Teacher” is an educator and art appreciator going a step too far with her young protégé, whom Sevak plays with such innocent charm, which raises some interesting questions on enriching creativity and young talent in the spoils of a modern world. But the work of Colangelo, Gyllenhaal, producers Celine Rattray and Trudie Styler together walks an edge that analyzes many intersections of art, culture and womanhood through an authentic feminine expression not often found in film.

“Women and girls are used to watching work (film, music, art, TV, etc.) that is primarily male—women have a muscle that recognizes ‘this is from a man’s perspective and it’s not mine, but that’s fine, I can shift it so that it relates to me,’” Gyllenhaal said, closing the conversation.

“What is it like to do feminine work in a masculine culture?” she continued. “I don’t think that something that is written by a woman, just because its directed by a woman, doesn’t mean it’s a feminine expression, because it’s hard to do; it’s not what we’re used to. And I think this movie is about all these things, it’s about a woman artist who isn’t able to get at any of that.”

“The Kindergarten Teacher” is now streaming on Netflix.

Animating Against the Clock

Director Ed Perkins on the Making of...