Though it’s titled “Los Adioses,” which translates literally to “The Goodbyes,” this biopic of the Mexican feminist writer Rosario Castellanos from Mexican filmmaker Natalia Beristáin (“She Doesn’t Want to Sleep Alone”) may be, for many U.S. movie-goers, their first encounter with Castellanos. A poet and novelist with a number of books to her name, including “Balún-Canán,” “City of Kings,” “The Book of Lamentations,” and a former Mexican ambassador to Israel, Castellanos, who was born in Mexico City in 1925, was best known for work that challenged the male-dominated machista culture into which she was born, opening a door for the female voice in Mexican literature and beyond.

The movie, which screened at the recent Mill Valley Film Festival as part of its Viva El Cine initiative, one of three imports from Mexico—and the only feature film directed by a woman—chronicles the life of the pioneering writer who was determined to find, as she put it in her writing, “another way to be human and free, another way to be” beyond the traditional roles handed down to women. 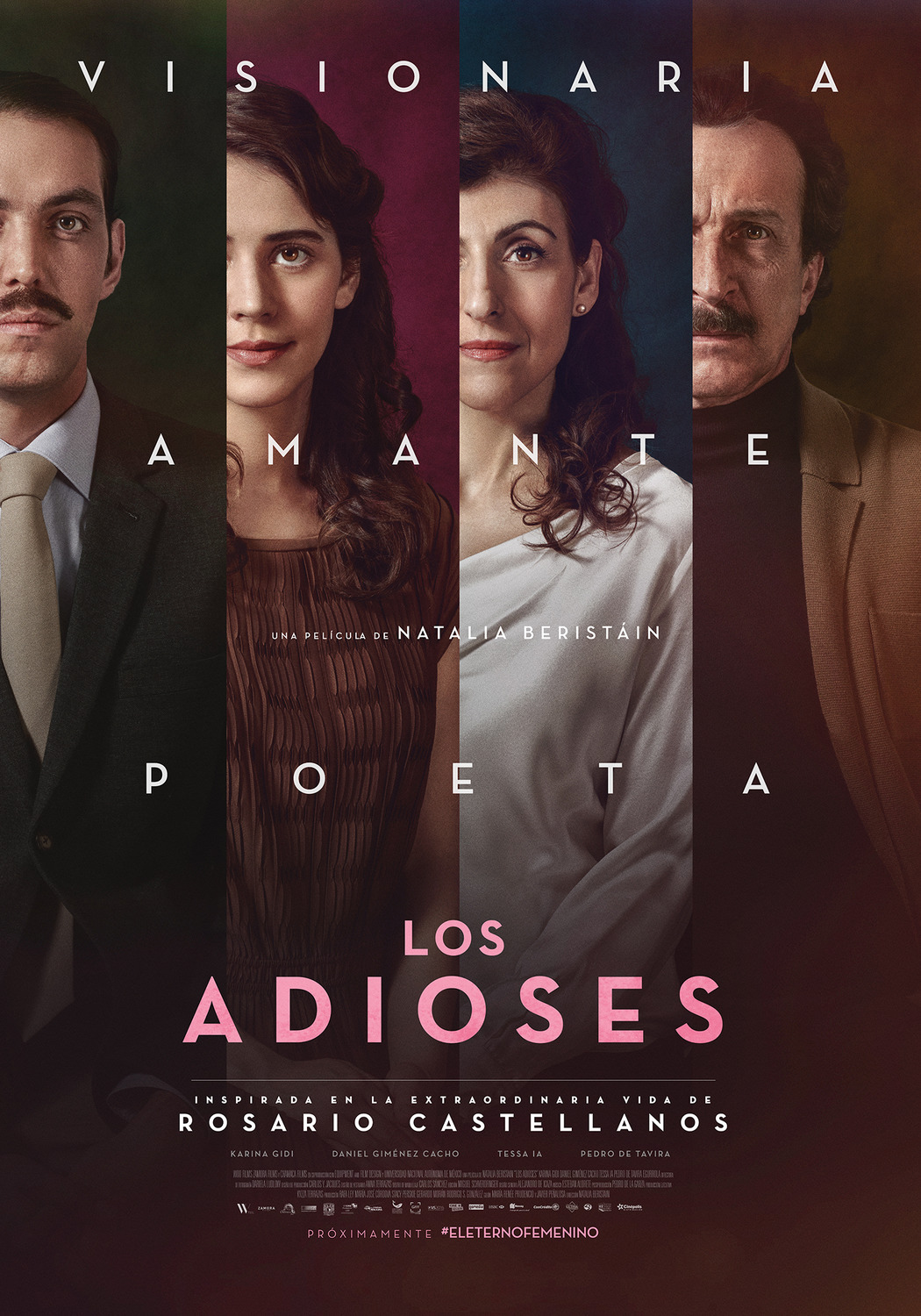 Shot with gorgeous cinematography, the narrative cuts back and forth between the award-winning literary powerhouse Castellanos was as an adult (Karina Gidi, “Abel”), and the young philosophy student (Tessa Ia, “The Burning Plain”) she’d once been at the big national university in Mexico City, where the halls—and, as depicted in one shot, the staircases where she plops down with her books—are crowded with men.

Visually, the camera always seems to come in and out of focus, as if trying to capture a sharper image of Castellanos, which, in some instances, still left me baffled and bewildered.

Why, for instance, did the young Castellanos ignore the words of a literary icon, Gabriela Mistral, who in 1945 became the first Latin American writer to receive the Nobel Prize in Literature and who believed that in order to be a writer (I’m paraphrasing here) one had to renounce everything: either you chose to write or to live. And, of all the men that the young Castellanos was surrounded by in college, why did she hook up with Ricardo Guerra, the peacocky male student (Pedro de Tavira Egurrola) who ends up becoming a competitive jerk of a husband (Daniel Giménez Cacho)?

If I had one gripe about the movie it was this: what did Castellanos love so much about Guerra that she stuck by him, loving him unconditionally, despite his infidelities and the distractions he tossed her way to interrupt her work, not to mention the ridiculous fragility of his male ego—absolutely everything her work rallied against? Or was it this relationship that led her to raise her consciousness about gender oppression and inform her search for “another way to be”? Like the scenes that would come in and out of focus, the switching back and forth in time, I was never quite sure how to reconcile the contradictions.

However, one thing is certain. The movie was a hit in Mexico when it was released in 2017. It received five nominations at the Ariel Awards (Mexico’s equivalent of the Academy Awards), including Best Direction, Best Cinematography, as well as Best Actor for Daniel Giménez Cacho, Best Supporting Actor for Pedro  de Tavira Egurrola, and Best Supporting Actress for Tessa Ia. And Karina Gidi took the Best Actress trophy for her performance as the adult Castellanos hunched over a manual typewriter, furiously typing with two fingers, a self-satisfied glow on her face as she delights in the story unfolding on the page—or, maybe it’s the joy of exercising her power to creatively express herself despite the odds.