Arielle Mandelberg, Academy of Art University alumna and actor, was coming up on her first year in New York City. In a recent phone interview, speaking from New York, which was suffering a late summer heat wave, Mandelberg said she didn’t mind the heat so much. As someone who grew up in Delaware, she was used to it. “But when you have to go somewhere and be presentable—it’s hard,” she said. The day of the interview, for instance, Mandelberg had an audition scheduled for 1 p.m. 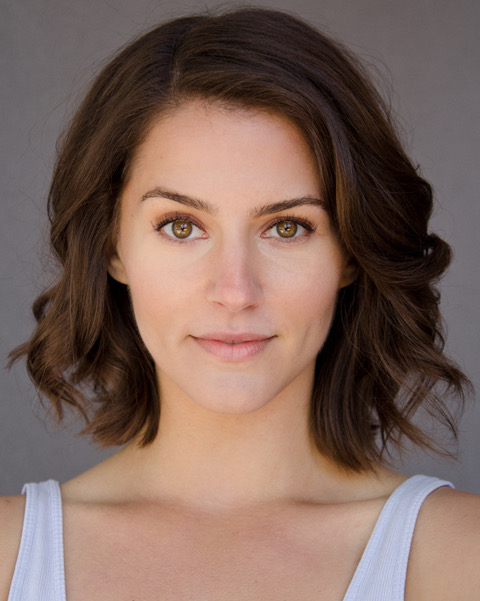 A graduate of the Academy’s School of Acting, Mandelberg admitted that she applied to the Academy largely because she “wanted to get out of the East Coast.” She’d already spent some time in Los Angeles, where she’d taken a year off after high school, to attend a film acting program that focused on on-camera work. (It’s where she recalled thinking, “So this is what it feels like to harness and express the creativity I’ve been holding inside.”) And, she liked that the Academy focused on putting students in front of the camera as well. However, she said, after taking a stage class with Academy instructor Clark Lewis, she fell in love with theater and ended up performing in a handful of stage productions.

She loved playing the part of Deirdre in the Academy production of “I Hate Hamlet,” which she called “the most fun I’ve had in a show.” And before her move back east, while she was still living in the Bay Area, she played the role of Olive in “The 25th Annual Putnam County Spelling Bee,” produced by Marin Onstage at San Rafael’s Belrose Theatre. This past summer, at New York’s downtown Theater for the New City, Mandelberg was cast as the lead in “Grace is Good.” Advertised on publicity posters as “a play for the #MeToo conversation,” the production had an extended run, but now Mandelberg is back to auditioning.

Before dashing off to her 1 p.m., Mandelberg recounted a recent anecdote where, getting into an elevator with a woman who said aloud that she was heading to a dance class, a guy in the elevator—an older gentleman she immediately recognized as an accomplished British actor—sighed and said aloud that he wished he could go to a dance class, but instead, he said, “I have to go to my audition.” She called that moment a great lesson, a reminder, she said, that “everybody still auditions.”

And though she graduated in 2013 with a B.F.A. from the School of Acting, Mandelberg said she still takes classes as well. “You’re never done learning,” she insisted.

Finding Light in the Darkness