After serving in the Navy for almost a decade, NaLena Lopez is pursuing her love for comic book art at the Academy

NaLena Lopez was a 16-year-old living in Sacramento when she visited Academy of Art University for the first time. She was touring art college campuses, trying to decide where to go. The Academy stood out. “I was amazed by the quality of the student work,” she recalled. But, mindful of the fact that she was coming from a single-parent household, with two younger siblings still at home, not to mention not wanting to go into debt to pay for school, she decided to enlist. She figured, “I’ll serve my country, get that college money, as well as learn job skills and training.” 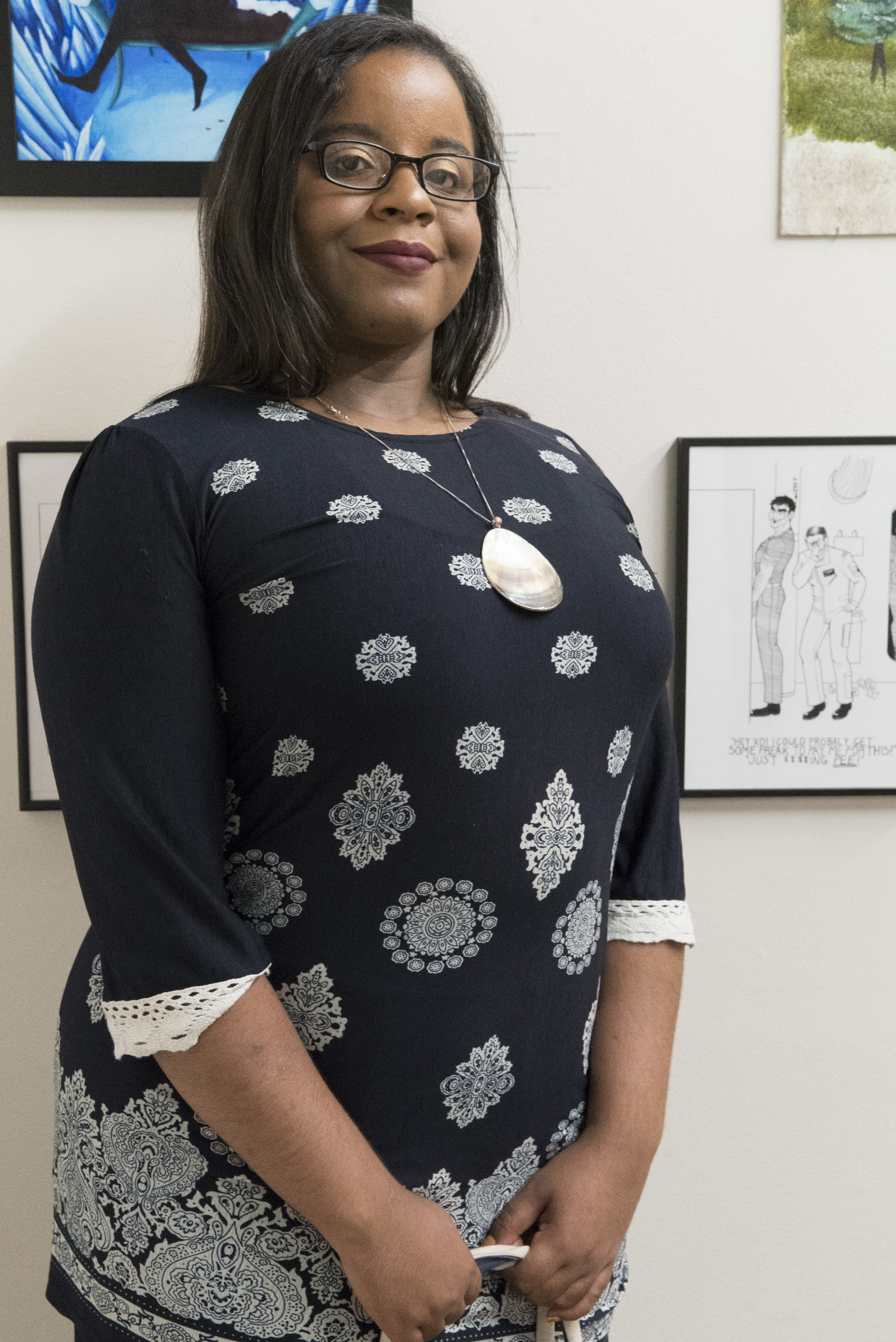 The military had been in the background for Lopez’s entire life. Her mom had been an Army medic. And both her adoptive and biological fathers had been in the service. She herself had been born on Whiteman Air Force Base outside of Kansas City, Missouri. The Air Force passed on her application due to the fact that she was home-schooled (“They think you’re socially maladjusted,” Lopez recalled.) And her mom made her promise that she wouldn’t join the Army, insisting it would not be “a good fit” for her. But, looking back, Lopez believed her mom just didn’t want her to “get deployed to the ‘Sandbox,’” military slang for Iraq.

Ultimately, Lopez joined the Navy at 18, where she served for nearly a decade and rose among the ranks of non-commissioned officers to become an E5 or Petty Officer Second Class. She was discharged this past February and by the summer enrolled at the Academy’s School of Illustration, where she has been pursuing a B.F.A. with a focus on comic book art. In October, Lopez’s work was part of the Sixth Annual Veteran’s Art Exhibit at the Academy’s Cannery Galleries during San Francisco Fleet Week.

What Lopez thought would be a quick tour of duty turned into a near decade of service after, nearing the end of her first enlistment, she received orders to go to Japan. “I’d always wanted to go.” She recalled her love of Japanese pop culture and said, “Not gonna lie. Anime and manga were part of the equation.” She was stationed in Japan for two years and, while there, enrolled at the Manga School Nakano in Tokyo where she studied with Nao Yazawa, artist of the manga series “Wedding Peach,” that Lopez described as “magical girl manga anime from the mid-’90s.”

And though, Lopez admitted, “I never wanted to leave,” a health issue forced her out of the military, and she received her discharge earlier this year in February. She made every effort to stay in Japan, looking for government jobs or contractor opportunities using the credentials she’d received in IT while in the military. And then it hit her. “Sometimes no’s are the best thing that can happen to us,” she said. She realized she was trying to land a job in a field that she wasn’t as passionate about as she once was. “What if,” she wondered then, “I go back to art school?”

She’s been at the Academy since the summer, where, among her academic course load and homework deadlines, she is working on an illustrated novel. She said fellow students can’t seem to believe that she served in the military, expecting her to be more serious, unable to reconcile her self-described bubbly and kinda-shy personality. What’s worse, Lopez said, are the assumptions she has had to endure. The few times she’s mentioned being a veteran, fellow students sometimes said, “Oh, she must have PTSD.” Lopez shook her head. “It’s not like that. You don’t know a person’s struggle just by what her occupation is,” she said, adding, “There’s a difference between sensitivity and assumptions.”

Creating a Home Away From Home