Bringing “The Magic Flute” to Life Through Costume

For the second year in a row, costume design students from the Academy of Art University’s School of Fashion lent their talents to the UC Santa Cruz Opera program.

“In 2017, I was asked to design UCSC’s 2017 production, ‘Orpheus in the Underworld,’” Bokavikova explained. “Having recently been appointed to the position of costume design coordinator [at the Academy], I decided to extend this incredible design opportunity to our students for résumé credit.”

Held at UCSC’s Music Center Recital Hall from May 31 to June 3, “The Magic Flute” is a whimsical, comedic opera about Prince Tamino and his encounters with the Queen of the Night when she asks him to rescue her daughter from high priest Sarastro. The opera takes place in a fairy tale world, with each key character of a different magical origin (the night, the sun and the magical forest) and the play buckles into their exchanges of love and good versus evil. 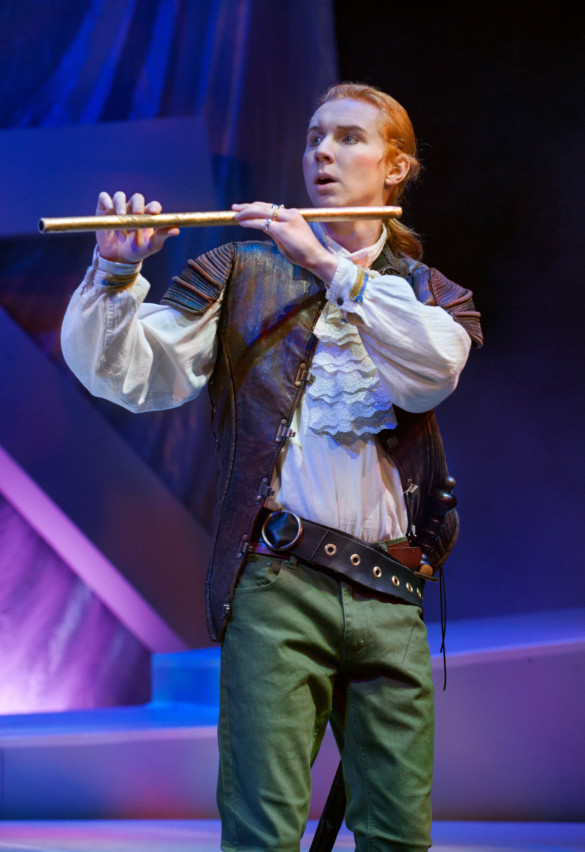 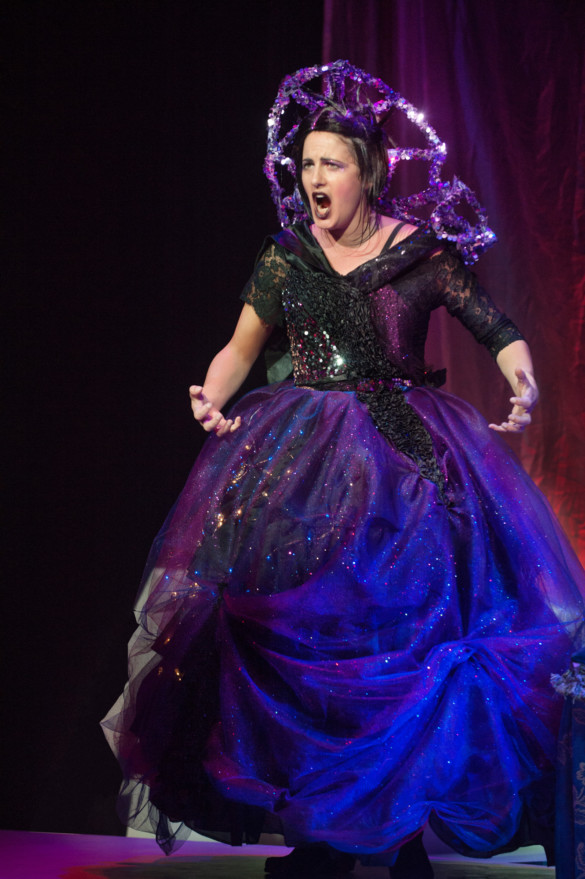 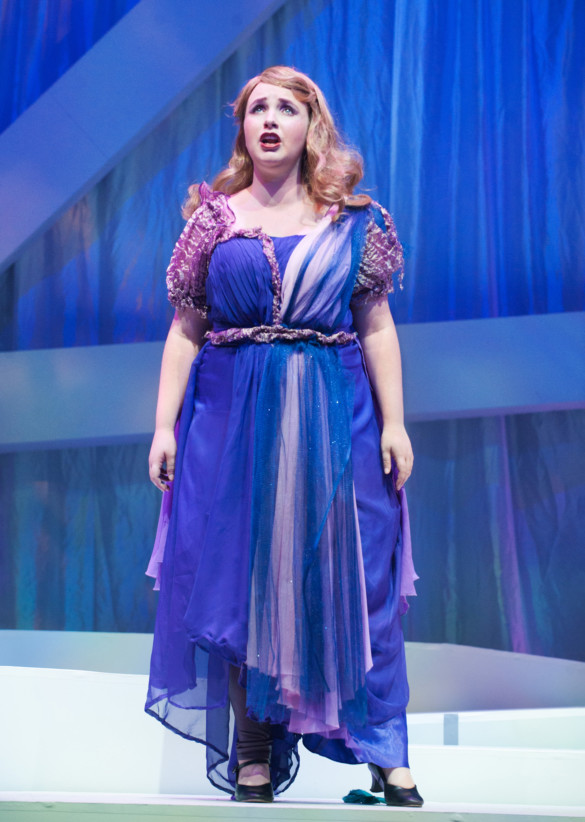 Miya Chuang took the lead for costume designing “The Magic Flute” after she served as the assistant costume designer for UCSC’s rendition of “Orpheus in the Underworld.” She leaned heavily on color and texture to define the three fantastical groups and their characters: Tulle and fabric were formed into silhouettes reminiscent of a bird; fiery colors were reserved for sun people; fabric in lighter gray hues were layered for a smoky, airy effect.

To elevate her looks, Chuang added a few modern touches. The Queen of the Night, her daughter Pamina and the three ladies wore deep blue, red and purple tones punctuated with LED-lighting replicating the constellations. Prince Tamino, the most human character onstage, donned a combination of clothing from the Renaissance era and modern world.

Bokavikova praised Chuang’s extensive research and conceptual work for “The Magic Flute” production. She was even more impressed by Chuang’s level of dedication to the collaborative process to make this work. According to Bokavikova, Chuang had many conversations with Willey and the production team even while the schools operate on different semester and quarter systems.

“The process of sketching and finalizing design ideas took about four months,” Bokavikova said. “It is fascinating to see now how much is actually changed, developed and brought in a completely different direction.”

“Designing costumes is a fun, yet challenging task,” Chuang said. “You try to put all your ideas on to the design, but you start to negotiate with the director about how they want it. You also need to consider the actors’ comfort while wearing the costumes so they can perform in the best conditions.”

All photos by Steve DiBartolomeo.

Preparing for the Industry

A Look at a Designer’s Workplace of...