Kathak is an Indian classical dance where performers tell tales through their hand movements, footwork, and facial expressions. The name is derived from the Sanskrit word for “story” and Seema Mehta, an Academy of Art University School of Fine Art (FA) alumna (B.F.A. 2001), uses the dance to teach underprivileged girls in India how to communicate and assert their own narratives.

“I think following, learning and studying a classical tradition gives tremendous discipline,” Mehta said during a phone interview. “My guru really pushed the whole concept of singing and dancing. So when you do that you really feel strong and you’re connecting with a lot of your senses. It’s a very holistic approach to the art.” 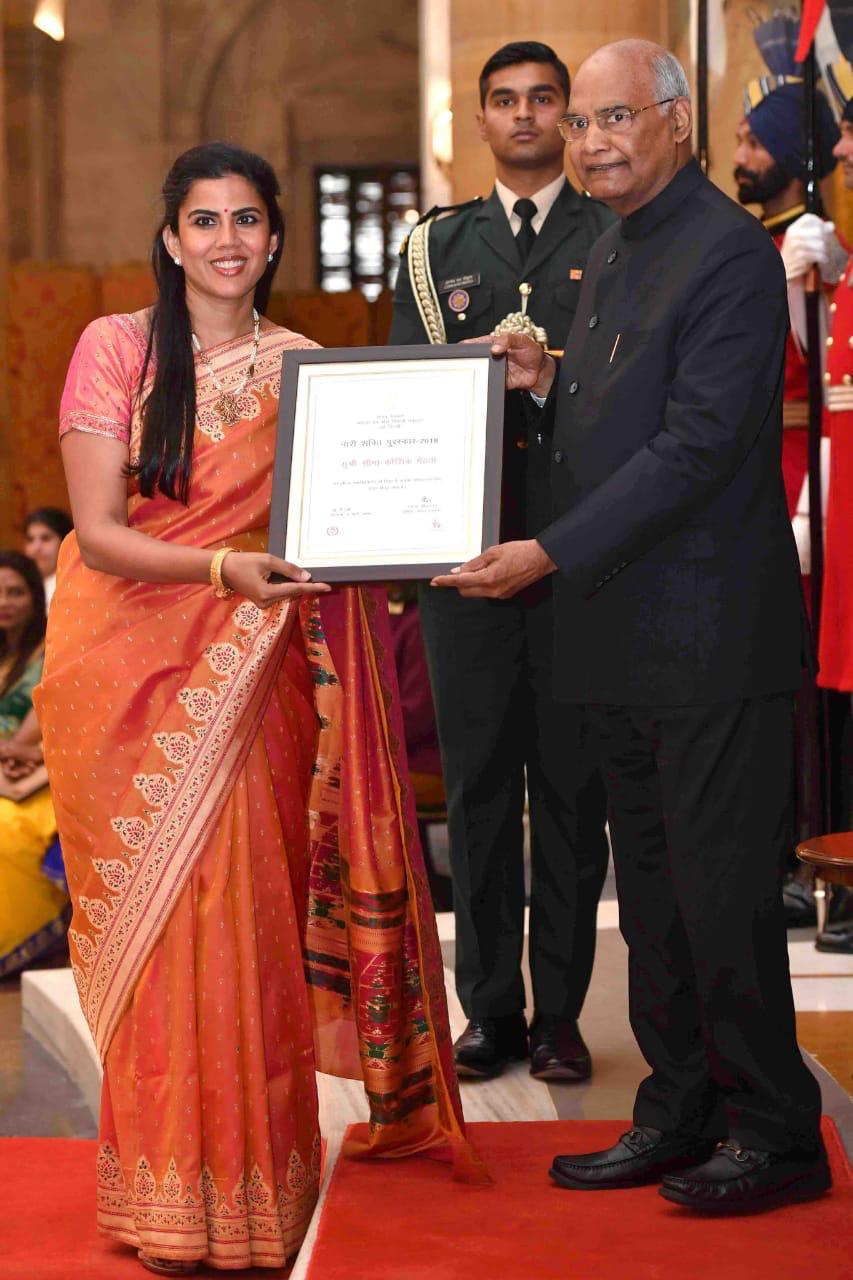 Since 2010, Mehta has been teaching over 100 students annually at her school Chhandam Nritya Bharati, located in Khar West, Mumbai. Recently, Indian President Ram Nath Kovind acknowledged Mehta’s contributions by awarding her the highest civilian award for women, the Nari Shakti Puraskar 2018. As one of 44 recipients, many of whom are scientists, activists, survivors and innovators, Mehta is the first to receive the award for work in the performing arts.

“It was really important not just for me but for the entire community of dancers,” Mehta said. “Dance is not always put up on that pedestal and socially it is not always looked upon as a great choice of profession. But I feel like when you know the president is giving you an award it gives a stamp of the highest honor, especially if it’s being given to somebody who’s dedicating their life to dance.”

Kathak has a rich history that started in villages and eventually made it into royal courts starting in the 16th and 17th centuries. Mehta discovered Kathak in 2000 and learned its expressive techniques under the legend Pt. Chitresh Das. Prior to this, Mehta didn’t know much about her own Indian cultural arts; born in Mumbai but raised in Belgium, Mehta grew up more familiar with European art traditions. She picked up painting early on and followed that interest to the Academy and FA in San Francisco. Mehta knew she could paint, she knew she could draw and sculpt but she really wanted to dance. Kathak gave her a chance to reconnect with her roots and later on, to give back to her community and country. “I don’t believe that art has borders,” said Mehta. She found similarities between studying the body to draw and studying the body for movement. “Those principles completely apply to how the body brings out beauty through dancing.”

Shortly after graduation, Mehta went with Das back to India and the two decided to open a school to empower children through Kathak. Their philosophy sets to embody the body, mind, and spirit of dance, to encourage good habits and practice, rhythm and how to be expressive through performance. Putting children on stage, Mehta believes, to dance and speak gives them the freedom to experiment and gain the confidence to grow into successful individuals. Winning the Nari Shakti Puraskar award reflects her individual impact but ultimately Mehta hopes it shines a light on the importance of dance, and art in general, in schools.

“I tend to think about, ‘What is it that you want to give to the world?’” Mehta said. “And every time I feel like I ask myself that question, I kept going back to teaching. Teaching is something that’s very close to my heart.”

Celebrating the Future of Filmmaking

To Spring Show and Beyond!