In “Shazam!,” 14-year-old Billy Batson (Asher Angel) is a headstrong foster kid that’s been bounced around different homes due to his tendency to run away in search of his birth mom who he was separated from as a child. Following an afterschool scuffle with a couple of school bullies that had gone after foster-sibling Freddy (Jack Dylan Grazer), Billy hits the pavement as he attempts to evade the duo, finally losing them at the underground subway. Once settled on the train, it’s there an ancient wizard (Djimon Hounsou) transports Billy to the Rock of Eternity, where he imparts his powers on the teenager. With a declaration of the wizard’s name, “SHAZAM!,” Billy finds himself transformed into an adult superhero, Shazam (Zachary Levi), and is now armed with unknown powers. 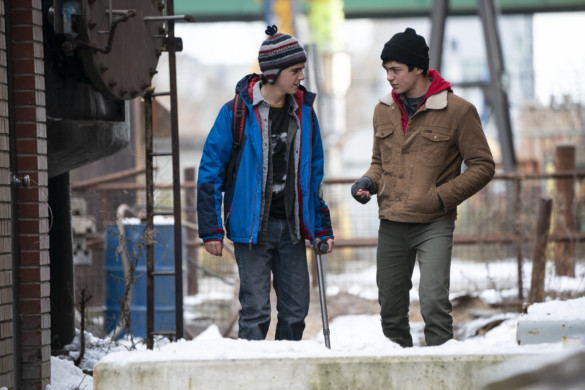 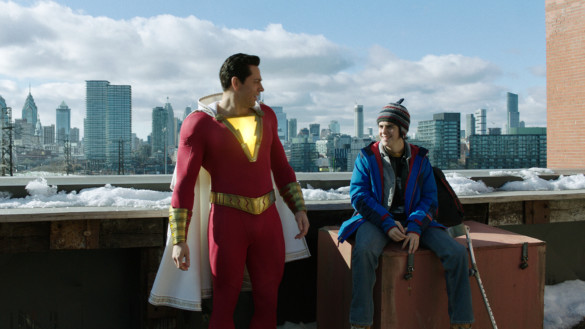 With Freddy’s help (a noted superhero enthusiast and a big fan of DC’s favorite frenemies Batman and Superman), Shazam uncovers his new abilities in ways that are a delight to watch unfold on the screen, including superpower strength tests on a skateboard ramp to see if he can fly to asking convenience store robbers to shoot him in the face, and unexpectedly shooting lightning out of his hands. However, it’s not all fun and games for Shazam as he encounters the Magic 8-Ball toting Dr. Thaddeus Sivana (Mark Strong), who has his own history with the ancient wizard and seeks Shazam’s powers for his own.

“Shazam!” injects a fresh breath of air into the DCEU, as it doesn’t shy away from a good dose of laughter while striking a solid balance between spirited humor and conflict throughout the 132-minute run time. It also takes a look at envy and greed in a compelling way, drawing parallels between both “good” and “evil” characters. 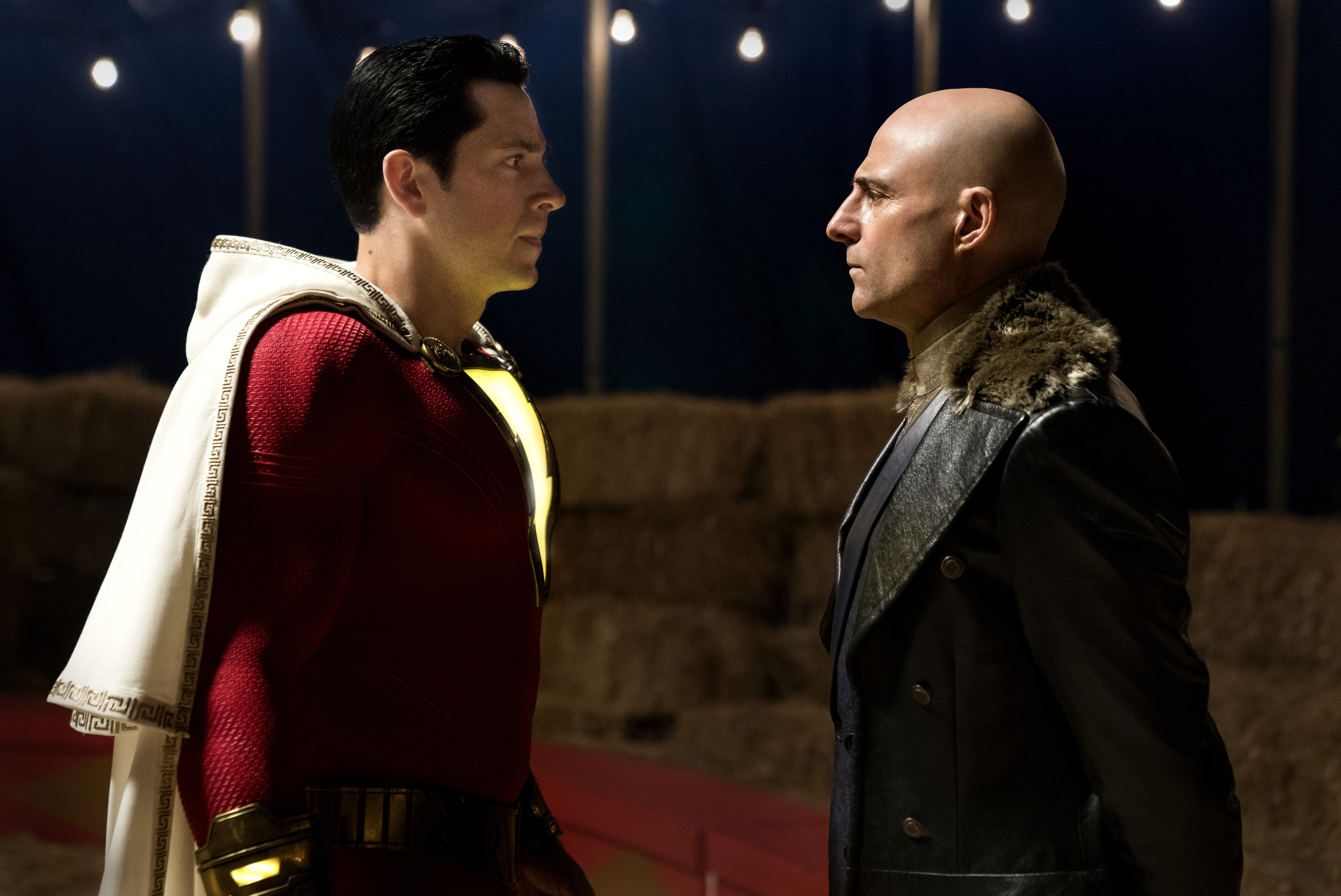 On screen, Levi truly embraces the lightheartedness of this film with a zeal that comes across in his performance. One can only imagine that playing a 14-year-old that becomes a “grown-up” superhero is nothing short of a dream. Based on the audience laughter in my screening, Levi proved that this is a character that people can get behind and enjoy.

A must mention is Faithe Herman, who is an absolute bright spot in an already standout cast. Herman plays Darla, a loving little girl and another one of Billy’s new foster-siblings, who adores him immediately. The young actress is responsible for one of the funniest moments of the film and, even at a young age, Herman seems to already have a knack for comedic timing.

While “Shazam!” is, yes, another comic book movie, Billy Batson/Shazam is not your everyday superhero. Both effervescent and packed with a lot of heart, “Shazam!” is genuinely a film not to miss.

(And for those wondering about the post-credit scenes—there are two of them!)