On Feb. 12, Executive Director of the School of Game Development (GAM) David Goodwine and Technical Lead Phil Kauffold presented the Norman Rockwell VR Experience to members of Congress and their guests at the United States Capitol in Washington, D.C. Invited by the U.S. Office of Cultural Affairs, Goodwine and Kauffold represented their Academy of Art University department and spoke about the project’s inception and multi-disciplinary collaboration involving GAM as well as the Schools of Animation & Visual Effects, Illustration, Web Design & New Media, Motion Pictures & Television and Music Production & Sound Design for Visual Media.

“There was probably about roughly 100 people there,” Goodwine recalled. The interactive VR Experience was the primary focus of the visit to the Capitol, along with other pieces from the Norman Rockwell Museum. “People were coming and going, [and] every single person that tried it—didn’t matter what age they were— they were like, ‘Wow, I love this.’” 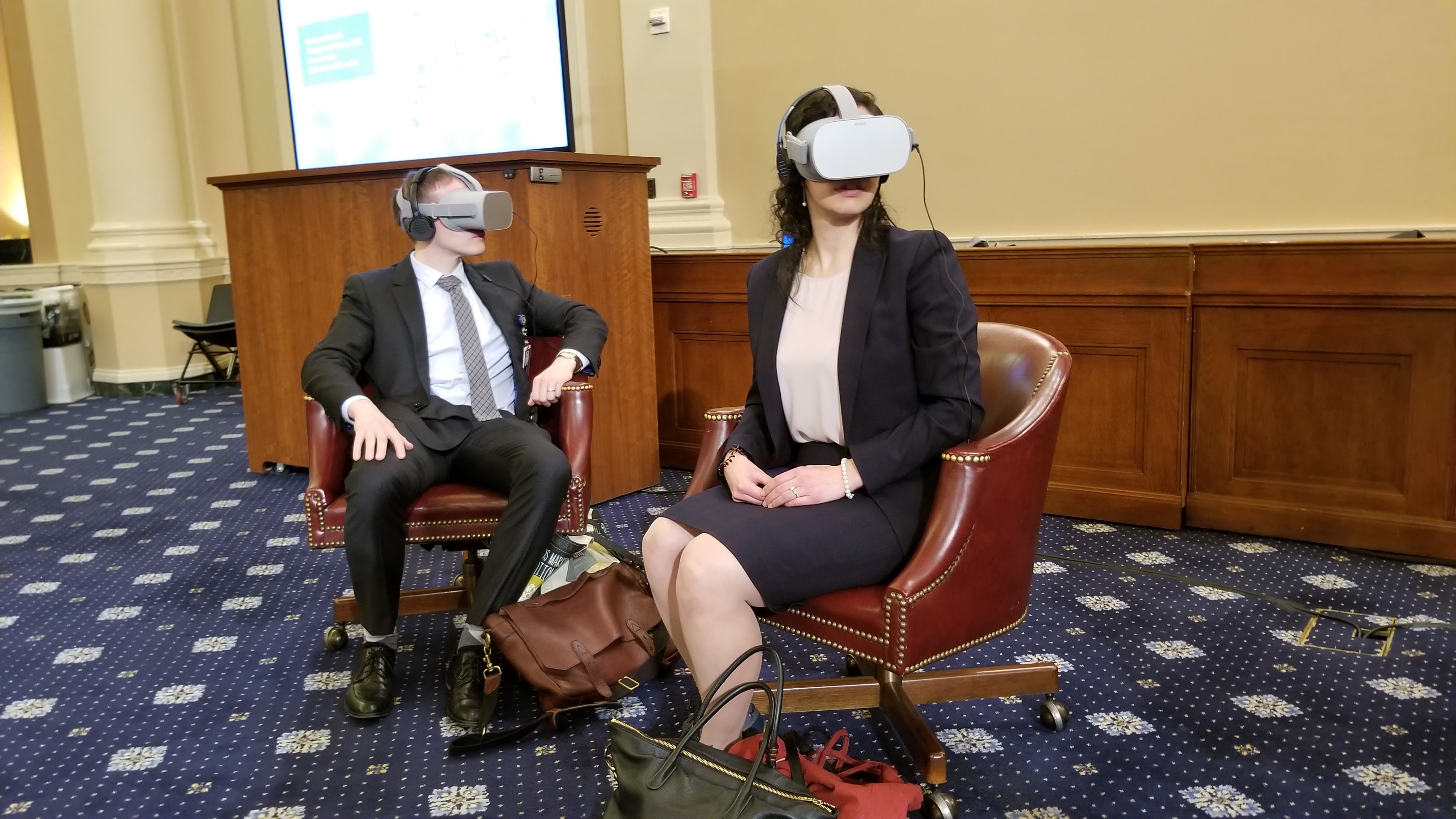 Guests try out the Norman Rockwell VR Experience in the Capitol Building. Photo courtesy of School of Game Development.

The student-developed VR Experience is part of the Rockwell Museum’s extensive exhibit called, “Enduring Ideals: Rockwell, Roosevelt and the Four Freedoms” that revisits Rockwell’s impact following the Saturday Evening Post publishing those paintings in 1943. The VR component debuted at the Henry Ford Museum in Dearborn, Michigan last October and will be stationed along with the rest of the exhibition at the George Washington University Museum and Textile Museum through April. From there, it will travel to Normandy, France in time for the 75th anniversary of D-Day on June 6.

“I think [the VR Experience] takes Rockwell to an entirely different level as far as taking what had been totally analog illustration process into the digital era,” commented John Spellman. “I think it definitely puts people back in that time, maybe to a degree that wasn’t possible with older technology. And to that extent it increases familiarity with a not too distant past; 1940s, at least from my perspective, wasn’t that long ago.” 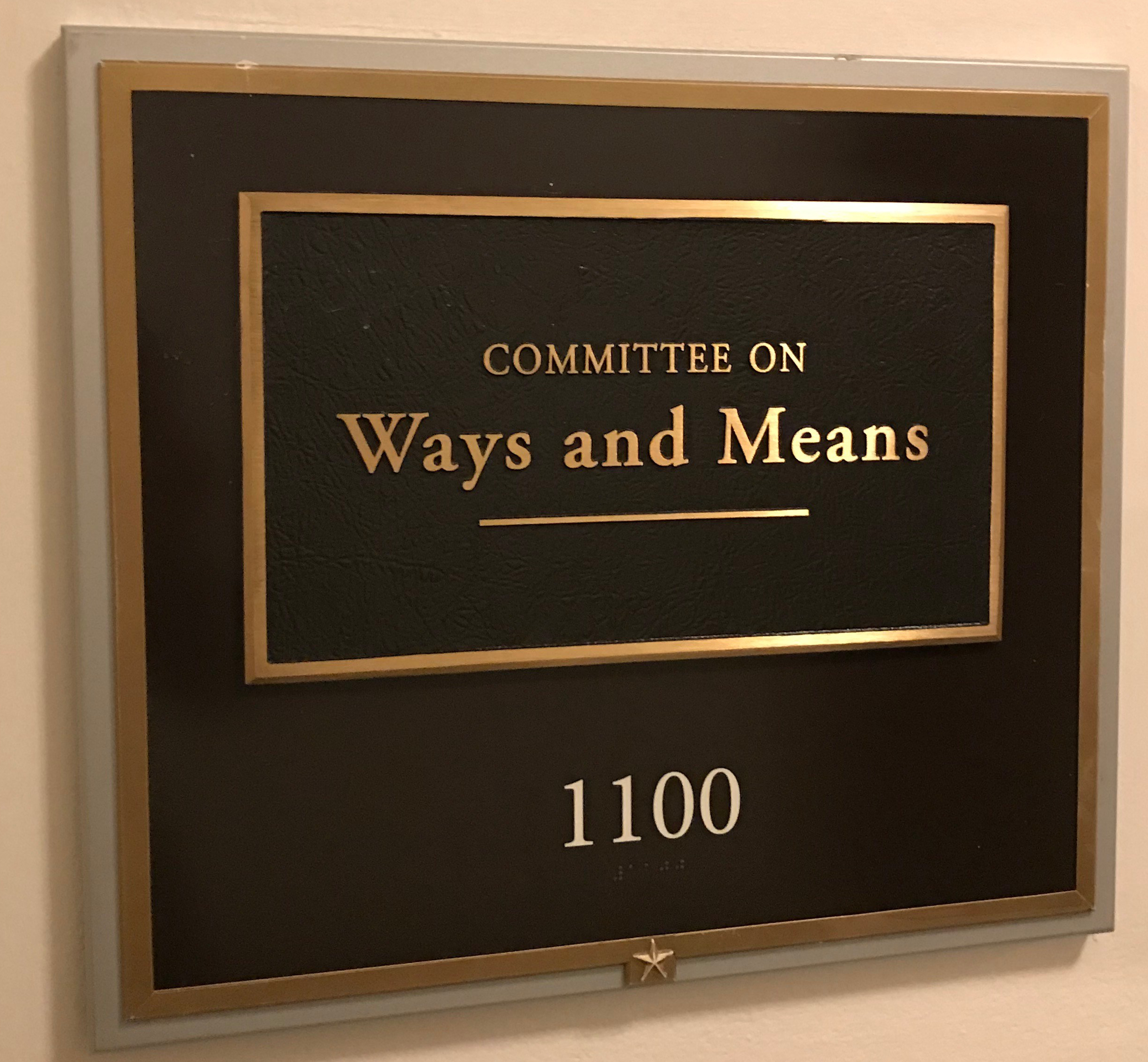 The Norman Rockwell Museum displayed elements of their “Four Freedoms” exhibit in the Ways and Means room at the United States Capitol. Photo courtesy of School of Game Development.

Spellman, a member on the Board of Directors for the Rockwell Museum, visited GAM in mid-January as a guest of the Rockwell Museum’s Director of Digital Learning and Engagement, Rich Bradway. Reimaging Rockwell for the digital age meant striking a balance between engaging younger audiences and paying respect to the previous generations and according to Bradway, the VR Experience seemed to work.

“At the museum in Stockbridge, annually we get about 130,000 people coming to our museum,” Bradway explained. “At the Henry Ford Museum, in three months 151,000 people went through the doors to see the ‘Four Freedoms’ exhibition. And 35,000 people tried out the VR. The moment they opened up the door to the gallery [on opening night], people saw the VR and all four stations were in use the whole time.”

Robert Mintz and Goretta Lui from the Asian Art Museum were also in attendance during the January tour. Led by Goodwine, the guests learned the nuances of video game development—from concept artists to programmers to UX/UI—before a brief presentation on how the department reimagined Rockwell in VR. Mintz, deputy director for art and programs, and Lui, commissioner and trustee, were not only impressed but also inspired to think of not only how advanced technologies can connect centuries-old artifacts and art to a younger generation, but how it can also reinvigorate the entire museum experience.

“The biggest thing for me is it’s an acknowledgment of what we’re seeing in how people consume art today,” Mintz said. “The heritage of the museums is one of preservation and display and this is really a way to bring works of art to life and to bring the information, the rich sort of fabric of storytelling around works of art, to a generation that is very accustomed to interacting with the world through the digital devices and technology that is part of their lives.” 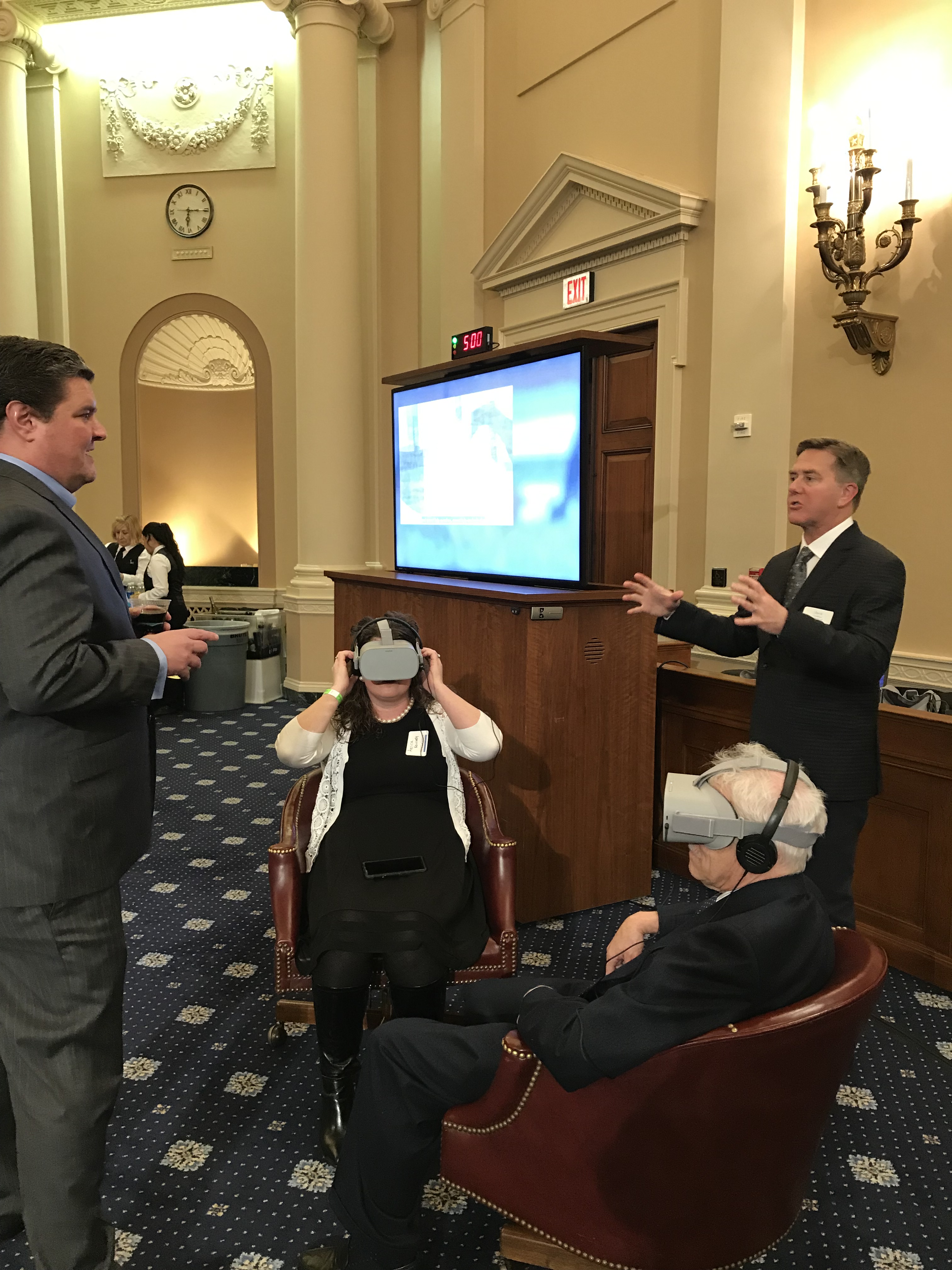 “Traditionally the Academy of Art has been very close with the Fine Art Museum. Our students have drawn up at the Legion to learn to draw,” said Academy President Dr. Elisa Stephens. “And this is just taking it a step further with the Asian Art Museum, the possibility of using technology and art to collaborate with the museum for a very dynamic experience.”

Though Mintz and Lui can’t confirm any official Academy collaborations just yet, Bradway and the Norman Rockwell Museum are already eagerly “planting seeds for more projects.”

“We’re a museum of illustration and we want to show what illustration is today and how it is used in many different ways that it wasn’t used 50-60 years ago,” Bradway added. “I wanted [our guests] to see what’s involved and the creative collaboration that takes place around something like this. I wanted to show how a number of young people’s hands touched this project and it was a significant accomplishment not only for us but it seems for the school as well.”

“We’ve done a lot [as a department], but I would have to say out of everything that’s coming out of this—this is one of our top projects,” Goodwine said of the Rockwell VR Experience. “We had so many departments that had worked on it and touched it, but we all came together and got it done. And that was my whole goal: to have the people that we can collaborate with, we collaborate with.”

A Gift that Keeps on Giving