Academy of Art University strives to include distinguished industry representatives as faculty and staff. It’s a practice that consistently pays off in the form of opportunities and real-world insight for students, before and after graduation.

One of these notable instructors is Janice Engel, who had her documentary “Raise Hell: The Life & Times of Molly Ivins” accepted to the 2019 Sundance Film Festival. It’s an incredible accomplishment for Engel, who has been working on the film for a little over six years. That’s still under the average of seven years it takes to complete a documentary, as she’s quick to point out. 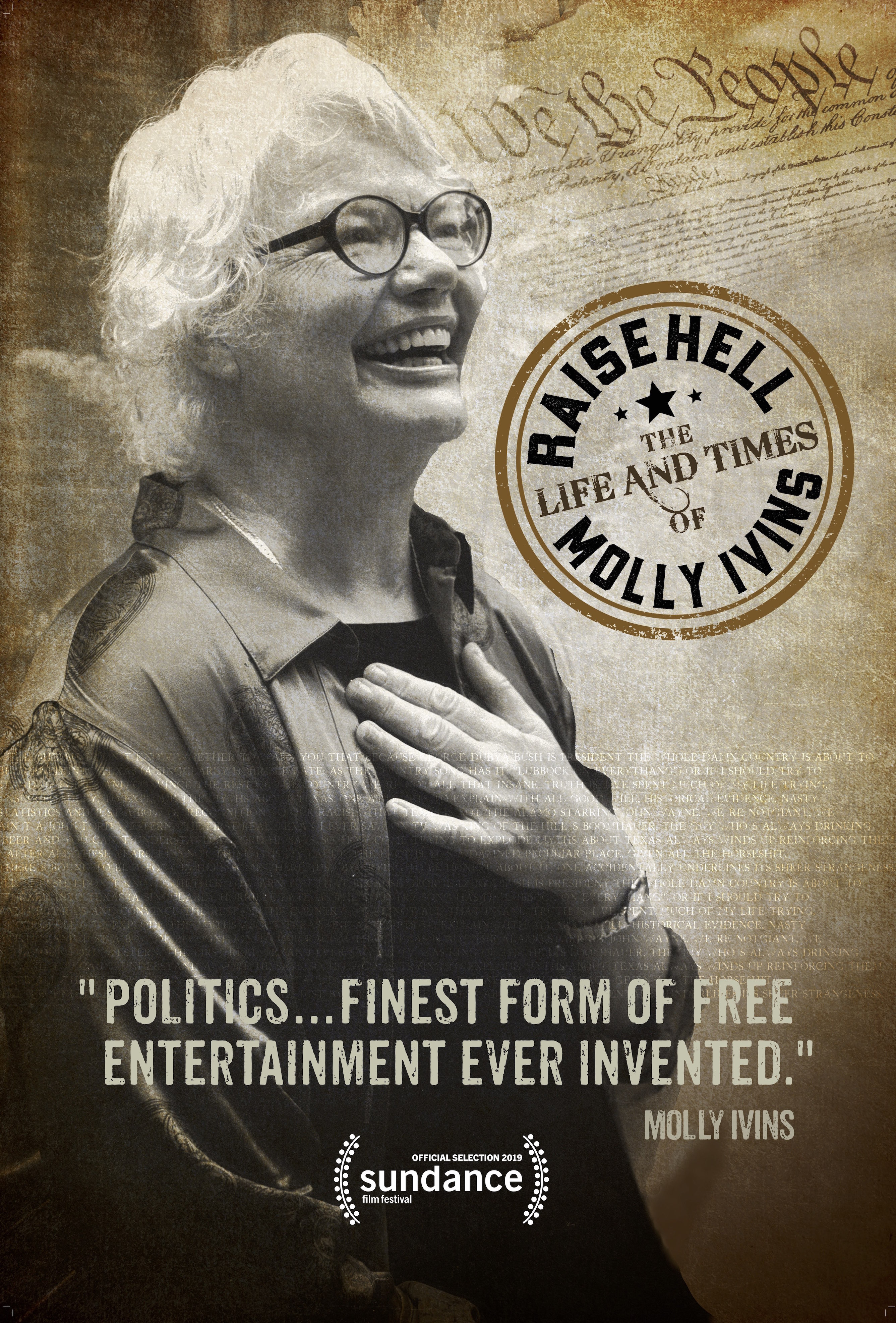 According to Engel, who is an instructor in the School of Motion Pictures & Television (MPT), the film was “a labor of love and passion” documenting the life of Texan newspaper columnist and outspoken political firebrand Molly Ivins. It’s the first documentary ever created about Ivins, and considering her influence, the volume of work, and multiple Pulitzer Prize nominations, it’s long overdue.

Over the years, Engel was able to dig up lots of material on Ivins from various sources, including a deep dive into the “box in the [Dolph] Briscoe [Center for American History], where her papers are housed.” Not all of the Briscoe’s materials on Ivins are available to the public; some were even sealed at Ivins request until 75 years after her death in 2007.

“All the stuff that you’re going to see, is stuff that’s taken from the archive. From C-SPAN. From appearances on various CBS shows. NBC shows. ACLU speeches. Lectures. Things she did all over the country,” Engel said. “Footage that we found that I spent years digging in her archives and finding, including letters from her childhood all the way up until she died. It’s an incredibly deep archival dig. It’s like being an archaeologist. I’m a film archaeologist.”

The idea for the project came from former MPT Executive Director James Egan, who asked Engel to see a play called “Red Hot Patriot: The Kick-Ass Wit of Molly Ivins” to gauge if she wanted to create a film about Ivins with him. “I [went] to see the play and it was good, and I was blown away by the story,” Engel recalled. Two months of interviews and a $125,000 Kickstarter fund later, they were well on their way to making the world’s first Molly Ivins documentary.

“When you dig into someone’s life and realize who they are, who they are in terms of their public persona, but then who they are on the inside and what motivated her to become who she was,” Engel said, “[there are] many things that you find out.”

The more she studied the available archival material on Ivins, from her writings to personal journal entries to notes her father left when she was a little girl, the more Engel began to see similarities between Ivins and herself.

“I’m an outsider,” Engel said. “I buck authority. Particularly male authority. Patriarchal big daddy telling me what to do. I can’t stand injustice, and Molly’s whole thing was a crusade for the underdog. For the people who were being left at the bottom of the heap, and she gave voice to them.”

In fact, two of Ivins’ most famous quotes provide an important insight into her perspective on inequality. “I never blamed the people,” she once said, and “It’s not about who’s doing the screwing, it’s about who’s getting screwed.”

“What I found out about Molly was not only how brilliant she was, but how prescient she was. Things that she wrote, said, talked about 10, 15, 30 years ago are happening right now,” Engel said. “I think it’s going to hit a lot of heart. It’s gonna open to a lot of people. The time is so ripe for her.”