Of the 253 winners of the 47th Northern California Area Emmy Awards, Academy of Art University graduate Norma Lopez was, career-wise, definitely one of the younger nominees in the room.

Held at the SFJAZZ Center on June 2, the 2016 School of Communications & Media Technologies (COM) alumna and her company Vanishing Pictures walked away as the winning recipients of the Sports-News Feature/Segment category in the Spanish contest, and even though she’d had a whole summer to digest that accomplishment, she said it still feels surreal.

“I still can’t believe it,” she admitted. “We put in so much work, months and months of preparation, for one video.” 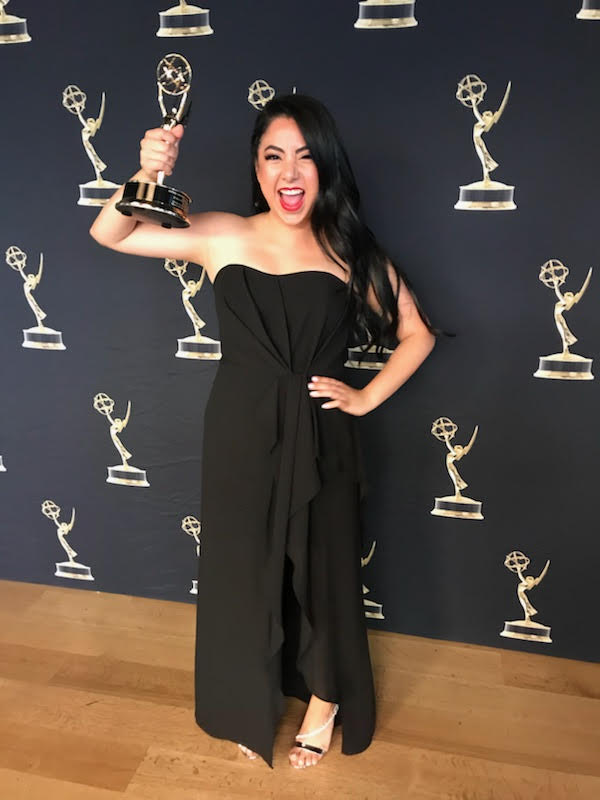 Their Emmy-winning segment, “Estación de Mi Gente,” is in conjunction with the San Francisco Giants Latino Outreach Video Campaign, or “Somos SF.” In particular, “Estación de Mi Gente” (translated to “My People’s Station”) focuses on the lives of two of the Giants’ Spanish broadcasters, Erwin Higueros and Tito Fuentes (the Emmy was awarded to Fuentes’ episode). Though from different countries—Higueros emigrated from Guatemala and Fuentes from Cuba—their shared hardships, struggles and fervent passion for baseball helped them achieve their American dream.

“Their message is beautiful: if you keep working, hard work and dedication, it takes you somewhere,” Lopez said, who is also Latina. “Their stories are so beautiful and we just wanted to share them with the world.”

“Estación de Mi Gente” is one of five story arcs featured in the Giants Latino Outreach campaign whose goal was to not find a “band-aid-all solution” to reaching out to the community, said Antonio Ayala, founder and fellow producer of Vanishing Pictures. With Lopez coming onboard in 2017, right around the start of content development, the duo worked together to create story concepts, book talent and source the videographers and camera people required to create their videos.

“I started it in 2013 and I’ve done work consistently throughout that time period,” said Ayala, whose other clients include Envision Pro AV and New York University’s Tisch School of the Arts. He goes on to say that once Lopez came onboard, the quality of their videos has steadily improved. “I think that Norma has definitely helped me take my production company to the next level.” 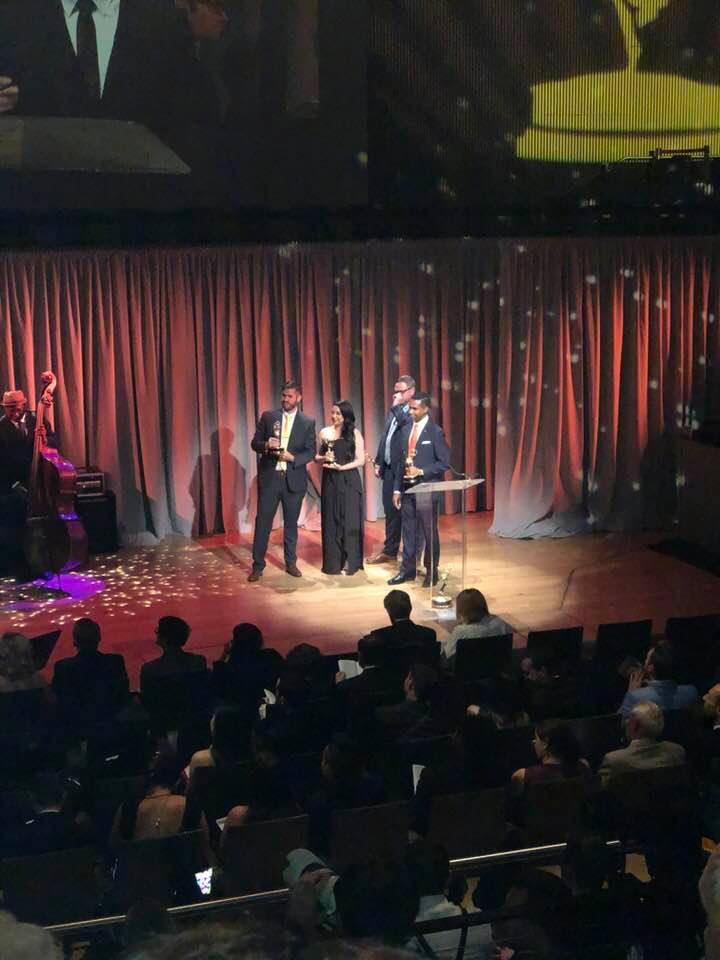 Handling a bulk of the pre-production duties including call sheets, casting and managing schedules, Lopez pegs a lot of her production approach to COM Directors Jan Yanehiro and Steve Kotton. “[Steve] would always say, ‘be over prepared,’ be prepared to the max,” she said. “As an associate producer, I have to make sure I have Plan A, Plan B and Plan C. All those lessons and skills they taught me I used every day.”

“The beauty of what we teach and what she learned is she can be a producer, she can be a writer, she can be a shooter, she can edit and in the professional world today you have to be able to do all things,” Yanehiro said. “To be able to use her talents as a bilingual broadcaster is, for me as an instructor, the best lesson yet. So we can say to anybody who’s bilingual that you can work in all aspects of broadcasting.”

Moving forward, the team at Vanishing Pictures is continuing their partnership with the San Francisco Giants to tie the stories of the baseball organization with its vast Latino fan base. Having already scored an Emmy, Lopez said the award is not just a sign that they’re going in the right direction, but also motivation to keep pushing their craft.

“We were at the ceremony and there was a man there who has been waiting for 18 years to win his first Emmy,” she recalled. “And that’s when it really hit and we realized that we need to keep getting better and better every year. This was a push for us.”

Featured photo: COM alumna Norma Lopez (pictured second from right) with members from Vanishing Pictures were awarded an Emmy in the Sports-News Feature/Segment category in the Spanish contest. Photo courtesy of Norma Lopez.

Footwear Design in the Digital Age

Honing the Art of Videography