They were meeting with Carol Bach, environmental affairs manager for the Port of San Francisco, and Eddie Divita, hydrologist and civil engineer from Environmental Science Associates, who talked students through a comprehensive oral history of the site’s past, communities, ecosystems, and ecologies. Most LAN students are encouraged to visit parks on their own, but having the experts around this time helped give a whole new perspective to young designers such as Marieanela Rullan.

“The first time, you get to see the site and only what you get to see and experience for yourself,” said Rullan, a LAN graduate student. “But to meet with the experts on the site, it’s so different because they really show you how this place got built and their ideas of the people that started this project.” 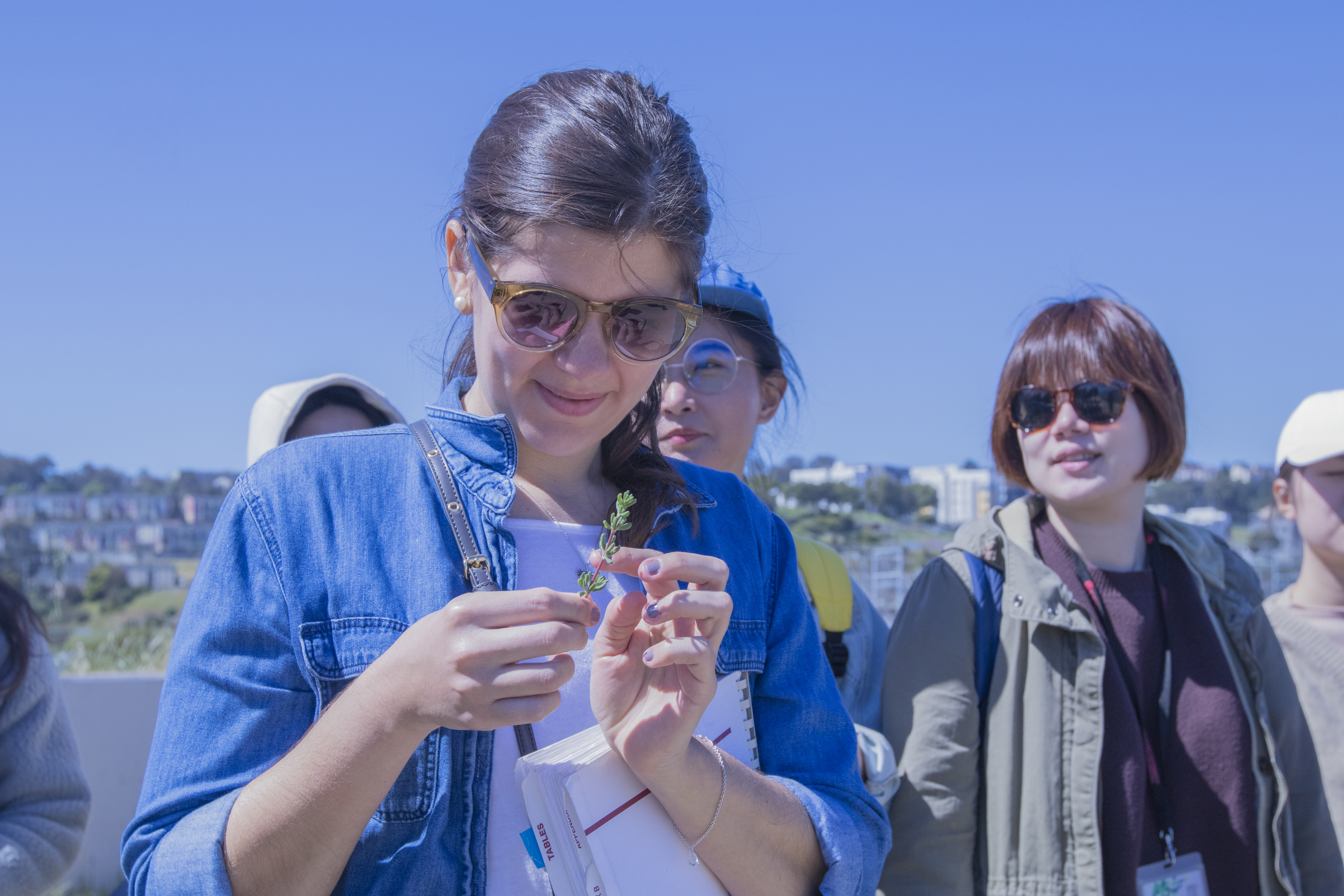 “We’re meeting with high-level specialists talking about the science of what we do,” McLane said. “We have a lot of students really interested in this side of the field and it’s a rare opportunity for them to see the ecology of landscape architecture in action with an expert.”

Heron’s Head Park is largely man-made. In the 1970s, Heron’s Head was slated to become Pier 98 and so backfill materials were being dumped in the water to construct new land.

“That is why it is not a natural landform and its shoreline isn’t stable. The port did that work between 1970 and 1977,” Bach said, as bikers and joggers whizzed by. “For those of us who’ve grown up in California with the environmental ethic, it’s surprising to some people that as late as 1977, we were allowed to just fill in the bay in this way.”

The project was eventually abandoned. Bach started working on Heron’s Head when the port and Bay Conservation and Development Commission agreed to work together to enhance the wetland habitats that had grown throughout their 10-year dispute on what to do with the materials already dumped into the bay water. Back then, one of their biggest hurdles was getting the surrounding communities on board. Nowadays, it’s erosion and rising sea levels: “In 1997, when we were doing this design, sea level rise wasn’t really on the radar. It wasn’t something we were talking about at all. Again, surprising, but things can change that much in 20 years,” Bach mentioned. 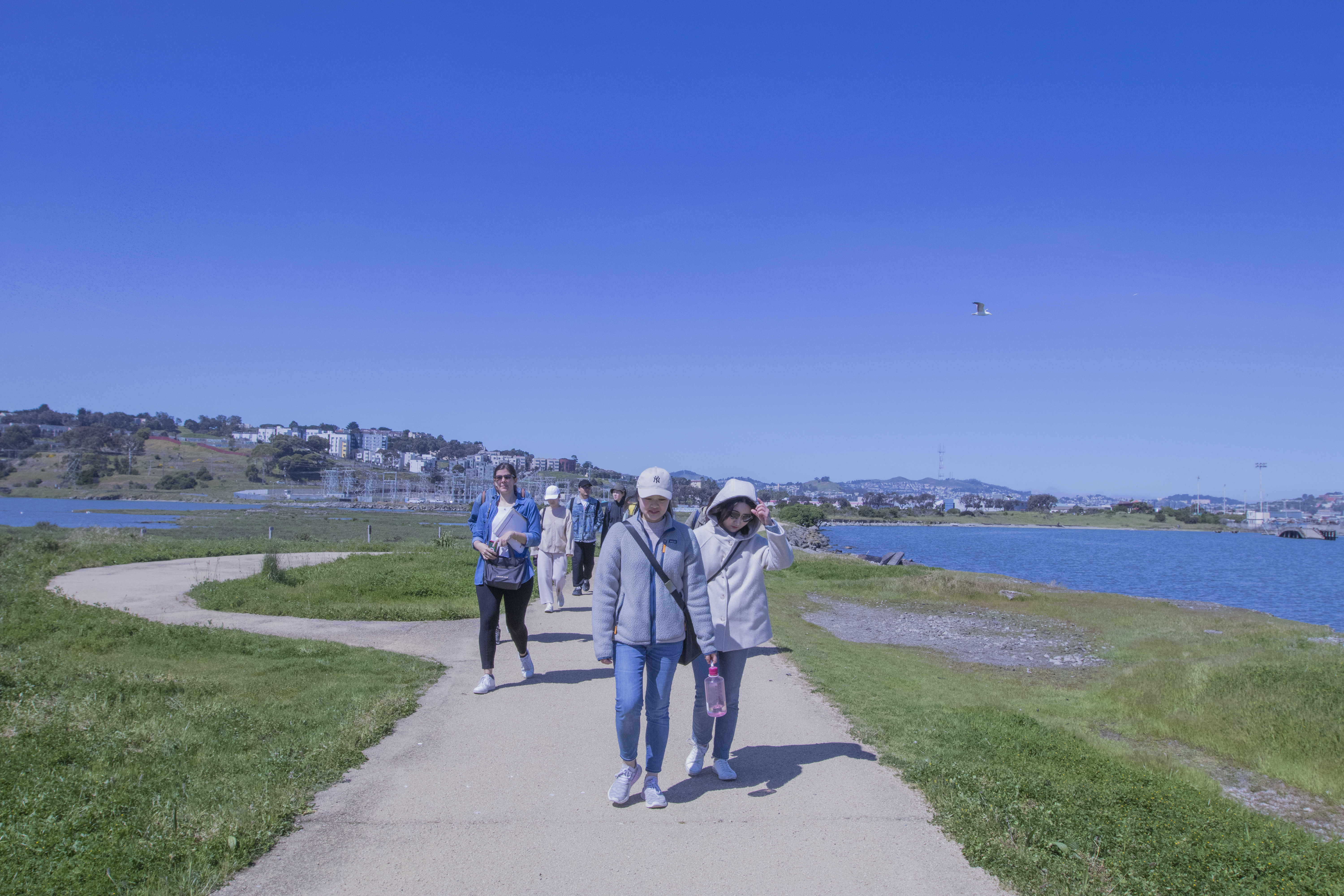 As the group walked down the trail, Divita talked in detail on plants inhabiting certain plots in the wetlands, what made them suitable for the environment and what impending threat climate change can bring. Nearly all of the students that day were international—from China, Taiwan, Mexico—and McLane explained many come to landscape architecture with a love of nature and some kind of environmental connection.

“Many students are distressed from experiencing environmental issues back home and want to help mitigate that,” he said. “They want the empowerment to be able to do something within their career.”

Yung-Ting Hsu, an M.F.A. student, attended the Heron’s Head field trip because she hopes to combine environmental sciences with her landscape architecture education and bring that knowledge back home to China. Similarly, Utsav Patel, who was born in India and has studied architecture, city design, and development, looked to Heron’s Head as an example of how to solve problems for the present and future. 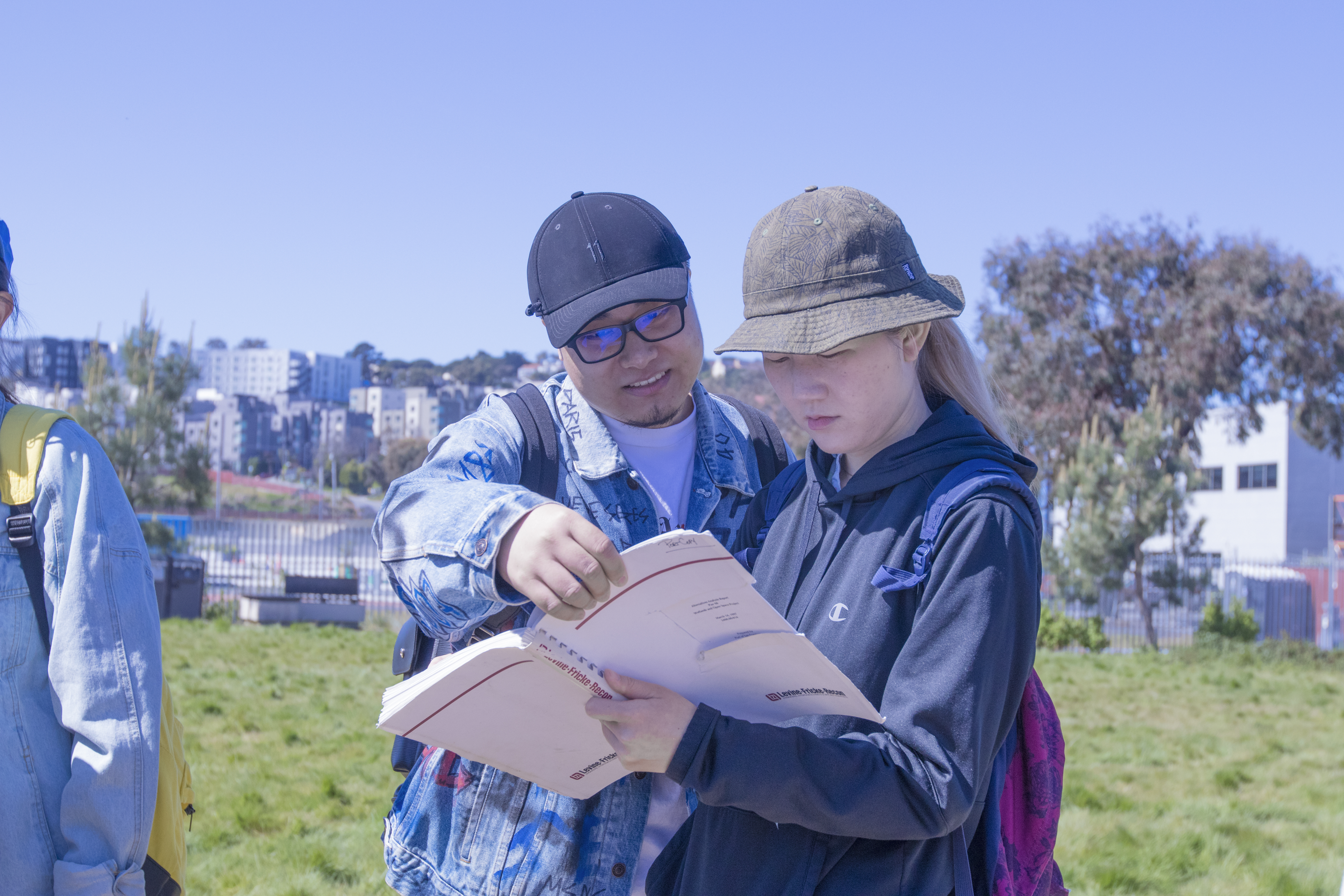 “Heron’s Head Park is a different type of park,” he said. “Heron’s Head gives knowledge on how nature connects to the people [using it]. Both Eddie and Carol have done good things with Heron’s Head, they’re trying to put natural marshes and trying to place the park as a natural resource.”

“It definitely makes me think about how beaches and marshes are formed and made,” said Rullan, originally from Mexico. “At first you think the site works perfectly but when you hear the point of view from these experts, you realize there’s still a lot of work to be done. The site is always changing … you should always be thinking about improving the site for the future.”