“Maybe I should have tried to be more ordinary,” Taron Egerton’s Elton John contemplates in “Rocketman,” which hits theaters this weekend. The film follows a young piano-playing prodigy from a small town named Reginald Dwight and his transformation in becoming the global sensation music fans know today as Elton John. “Rocketman” spans the breakthrough years of the legendary music man’s career and doesn’t dare shy away from certain things that fame may bring, like sex, plenty of drugs, and, of course, rock-n-roll. 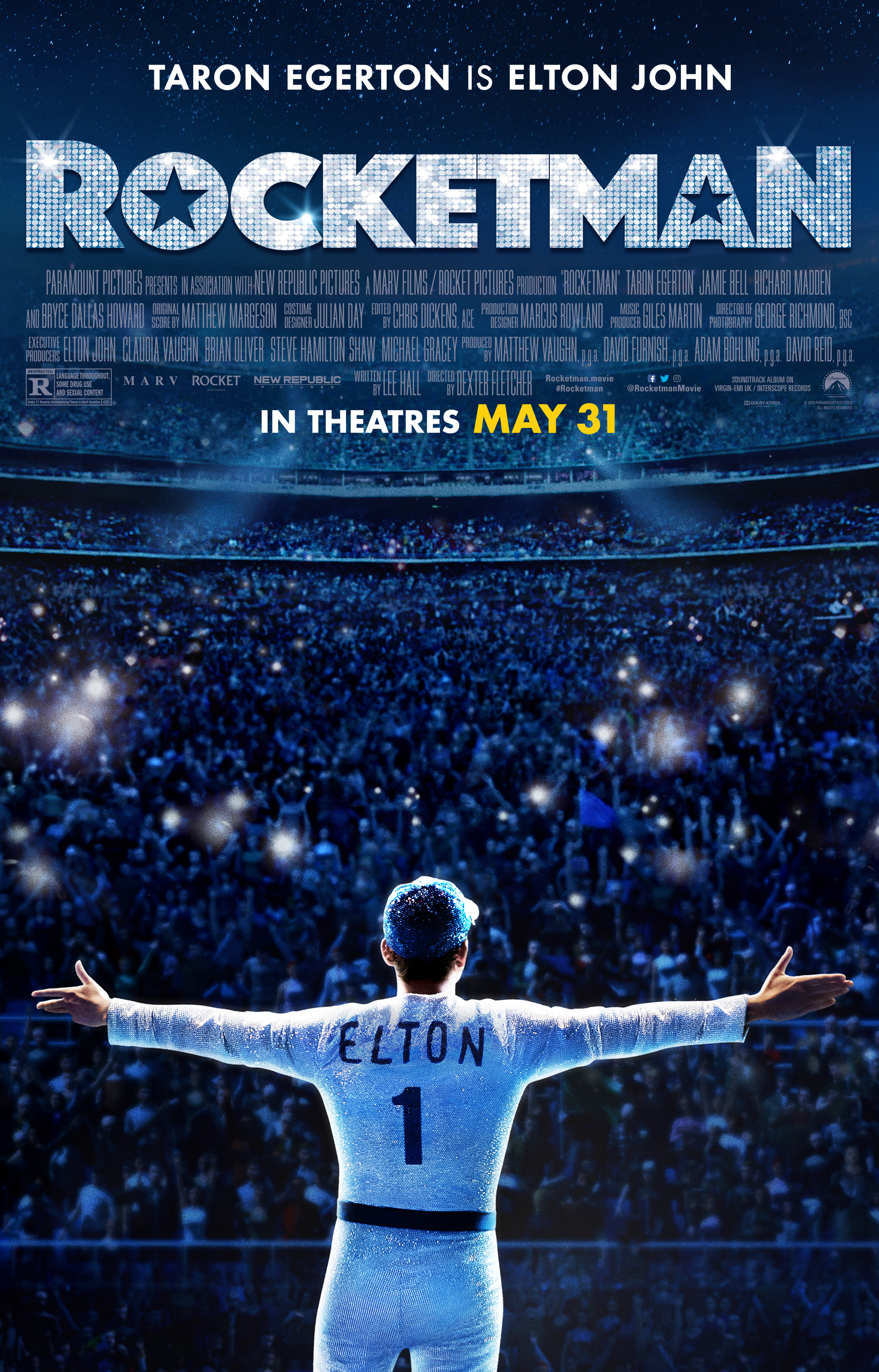 At the helm is director Dexter Fletcher, who previously worked with Egerton and producer Matthew Vaughn on 2016’s “Eddie the Eagle.” With John’s songbook at his disposal, Fletcher was able to create something much more than your average biopic. The result is a bold and fantastical reimagining of the singer’s story, with exhilarating musical performances that pack a punch, heightened by superb performances from his cast.

The film serves as a proper vehicle for Egerton to showcase himself as a legit triple threat. In addition to his convincing portrayal of John, he moves with the best of ‘em during choreographed dance sequences—“Saturday Night’s Alright for Fighting” is an absolute standout—but what really seals his stellar performance is his display of vocal prowess. Egerton took these songs that people know and love and gave them a new life onscreen. It’s truly something in watching an actor embody the role of an icon as Egerton does here, and it pays off in spades throughout the course of the film.

The heart of “Rocketman” is rooted in John’s relationship with his longtime songwriting partner, Bernie Taupin (Jamie Bell). While their partnership began by complete happenstance, the duo quickly becomes inseparable as they build their musical repertoire. Their relationship may be platonic, but their affection for one another is evident. In one scene, Taupin gives John the lyrics to “Your Song,” and the singer immediately heads to the piano to work out a melody. Even though the song is romantic in nature, the lyrics couldn’t be more fitting for such a pivotal moment in their partnership, as the lyricist watches John sing with admiration. It’s to Egerton and Bell’s credit that the bond between their characters feels almost tangible in their shared scenes. 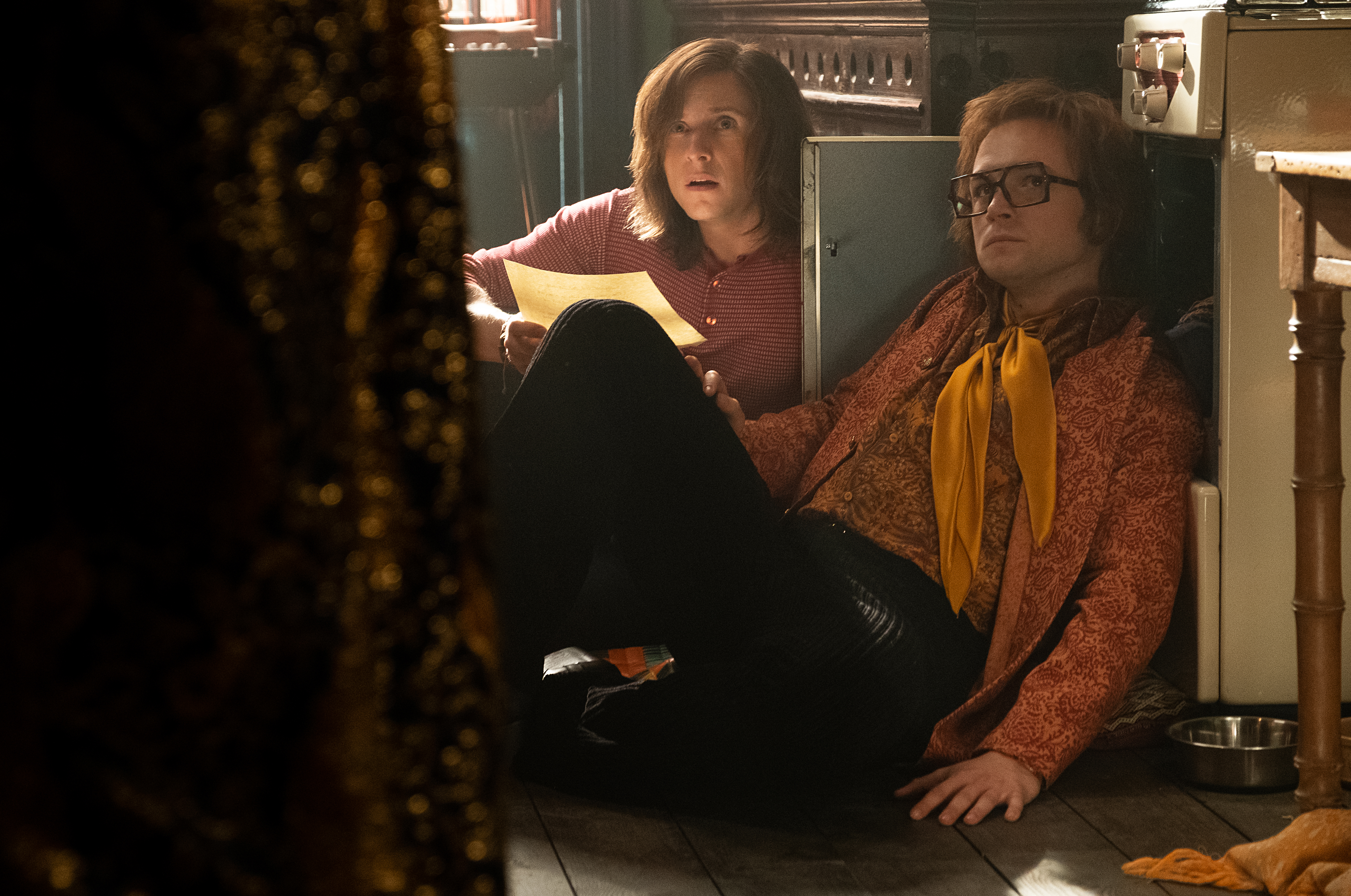 Jamie Bell as Bernie and Taron Egerton as Elton John in “Rocketman” from Paramount Pictures.

Not to be overlooked is Richard Madden’s double-sided portrayal of John Reid. The music manager and John’s first love is as charming as he is cruel, showing the singer no mercy when things go south. Additionally, Bryce Dallas Howard really digs in as the singer’s apathetic mother, Sheila, who is never short on biting comebacks.

Over the course of two hours, “Rocketman” takes audiences on a wildly entertaining journey filled with “electric boots and mohair suits” and beloved music that’s uniquely utilized to tell the story of a celebrated rock star’s rise to fame in such a satisfying manner. Fletcher’s film is a genuine delight and a fitting tribute to the one and only Elton John.

“Rocketman” is now playing in theaters.