With the second season of “Academy’s Got Talent” (AGT) underway, students from all over the Academy of Art University have a shot to compete to win an all-expenses-paid audition to the talent competition of their choice.

Organized by the School of Communications & Media Technologies (COM), season two of AGT places a variety of musical performers in front of a live studio audience, which is broadcasted across the globe. But the performers aren’t the only ones putting their talents on air, the show’s hosts, Brandon Beach, Maria Meza, and Gonzo Rios, are also putting their on-camera enthusiasm to the test.

“This host role is an opportunity to practice and learn what it’s like to be on-camera, it’s a safe space to try it,” said COM Director Jan Yanehiro. Producing the show is the department’s COM 420 class, In-Depth Project: Studio Entertainment Series. “When someone wants to host but has never done it, I say let’s give them a chance. And I’ll help in every way I can.” 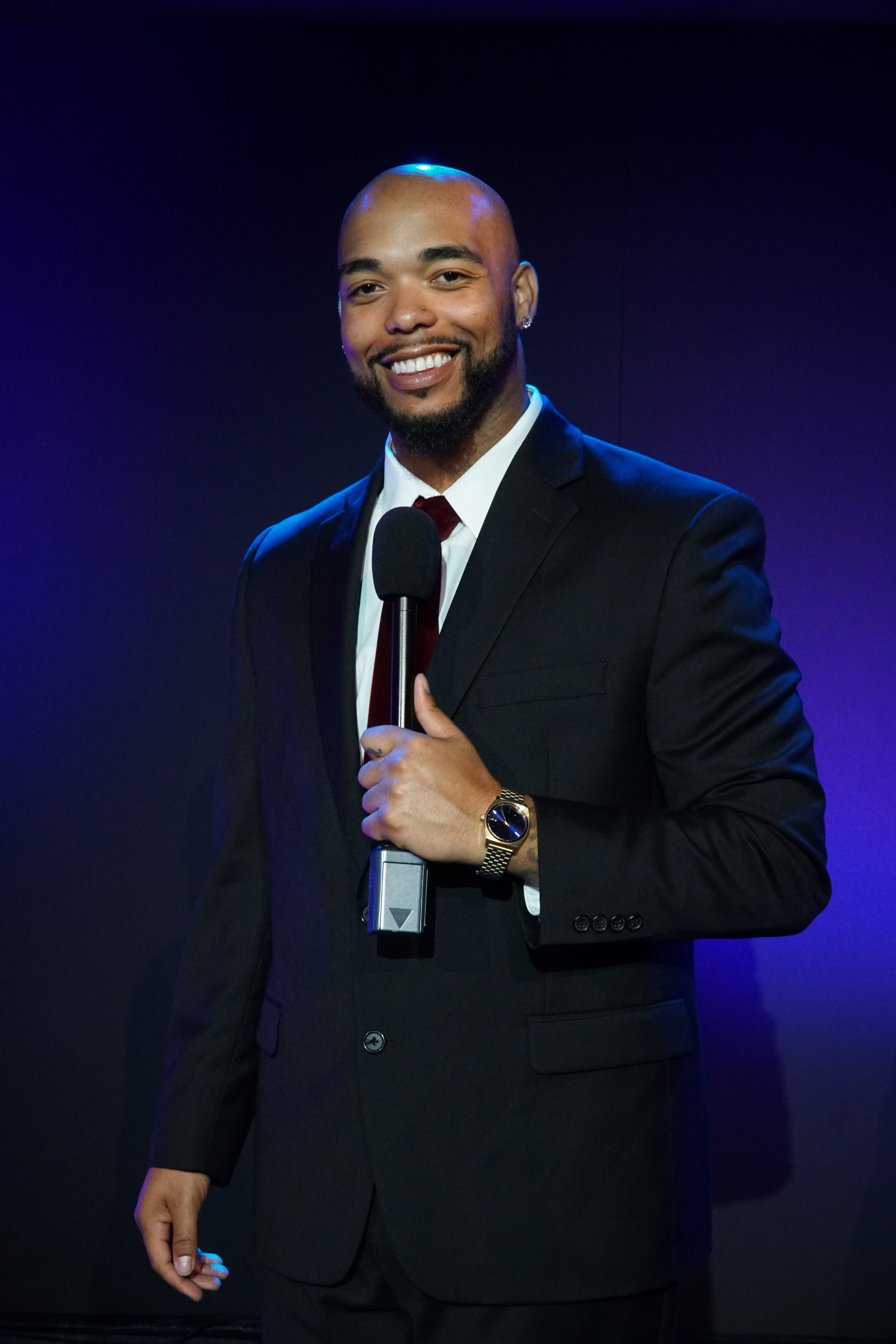 At the top of the semester, hosts are selected by class vote. As a School of Music Production & Sound Design for Visual Media B.F.A. student, Beach is the class’s first ever non-COM student host. After being a contestant in the show’s first season, he said he fell in love with the entire aspect of the show and jumped at the opportunity to take the class as an elective.

“This is a great way for me to practice my communication skills and apply it to my DJ career as well,” Beach explained, who regularly DJs throughout San Francisco, including Emporium and The W Hotel. “As a DJ, I always have to be able to perform on the fly, read the crowd. I can apply [that ability] all around and be more than just one thing; I think this show gives me the opportunity to do that.”

Beach’s two other co-hosts are, naturally, COM majors. Meza, a B.A. student originally from Mexico, produces her own YouTube content and hopes to one day host red carpet events and award shows. Due to her previous experience as the school’s game show host, she was a natural choice for AGT where she hopes to continue elevating her on-camera skills. 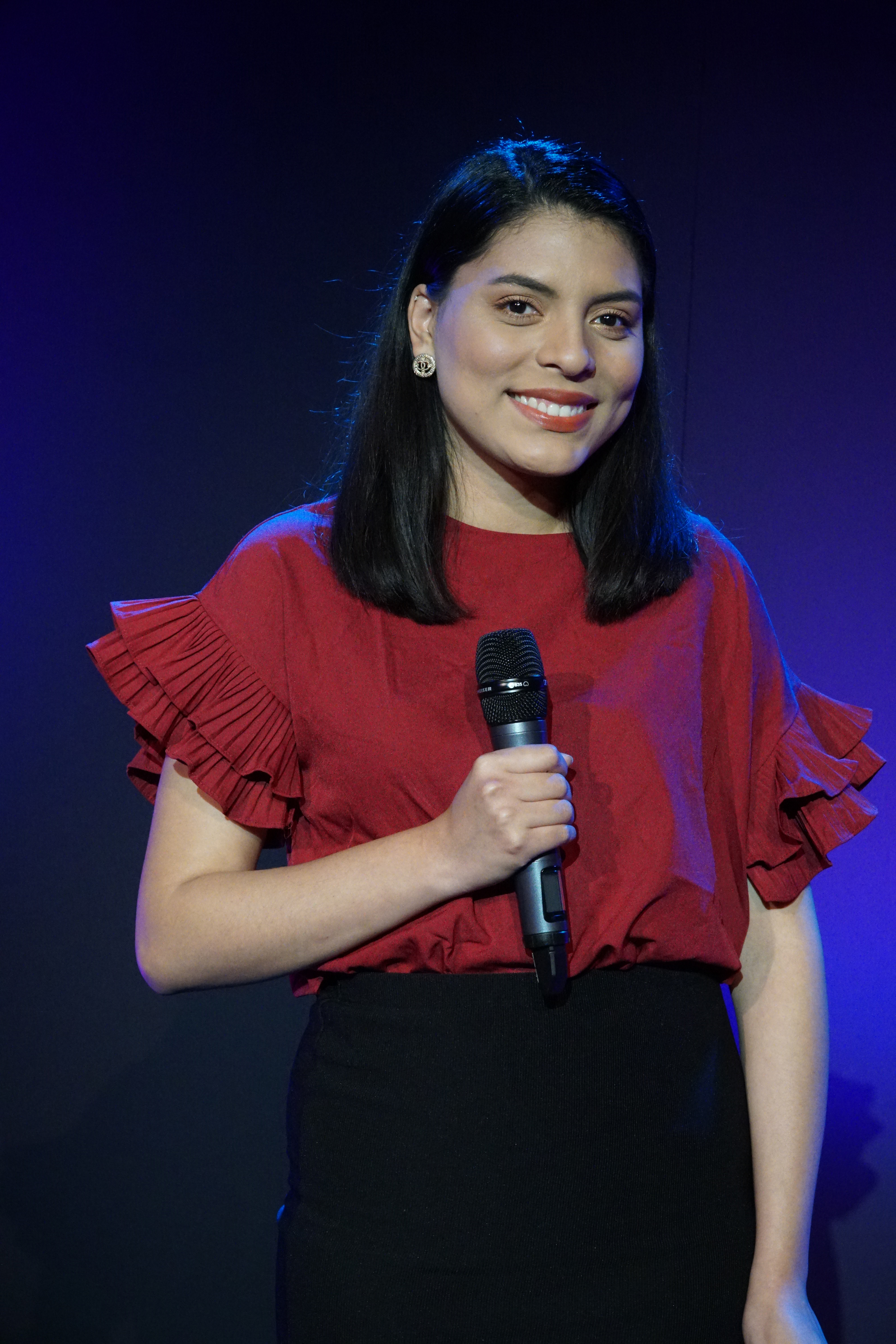 “I’m usually a soft-spoken person so just gaining that big voice would be something I would want to gain from this experience,” Meza said before an AGT taping. “I want to be more confident with myself and be able to speak out loud.”

Rios is also in the B.A. program, in addition to playing for the Art U baseball team. Before AGT, he had no on-camera experience, but after a few episodes (and support from his co-hosts), Rios is growing steadily more comfortable.

“Surprisingly, now this is something I really want to do,” Rios said. “Being on-camera, I don’t mind it at all and [AGT] really helped a lot.”

The hosts have to lead the show, Yanehiro points out, and as the face of the franchise, she expects Beach, Meza, and Rios to come prepared and professional. With over 20 years in television, there’s no better coach than Yanehiro, who emphasizes proper pronunciation, poise, and presence. The big lesson to her students is, “When on camera, it’s your moment, make every word count.” 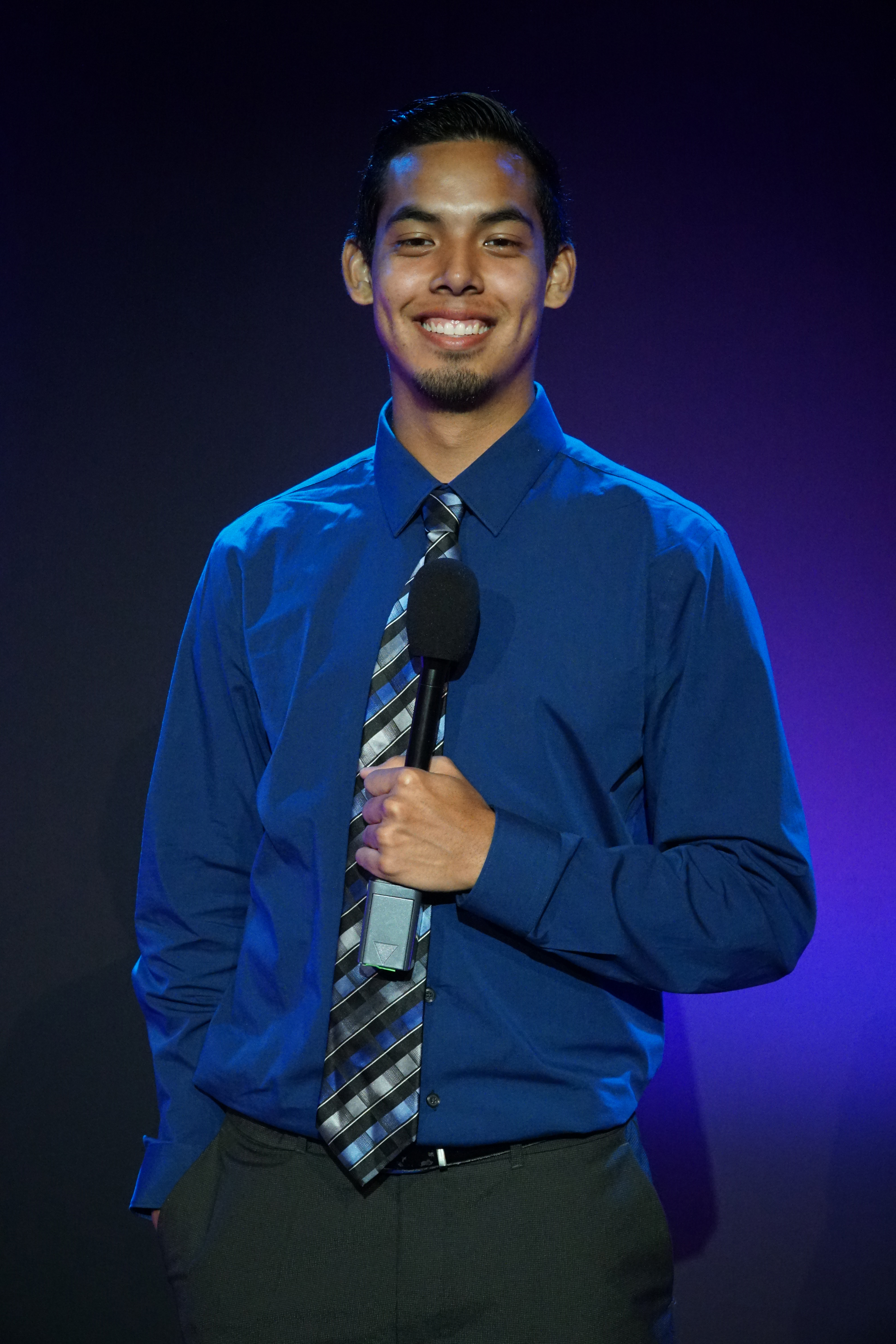 “[Yanehiro] demands perfection and won’t get any less from you,” Beach said. “When you feel like you’re at a level where you plateau, you need someone like Jan to push you to that next level.”

Each host has their own individual lines, role, persona, but ultimately, hosting a TV live show relies heavily on being in sync and that takes time and practice. Beach is the energy guy, Meza’s steadiness keeps them grounded, and as the backstage host, Rios took it upon himself to get to know the talent on a personal level. But as Yanehiro puts it, when each of the hosts shine, the collective shines even brighter.

“What I hope the students get out of this entire class is that it takes a team, it’s a team effort, and everyone has to do their part,” she said. “I ask the students to give me their best because I’m going to give my best every single time.”

Season two of “Academy’s Got Talent” airs every Wednesday at 5:30 p.m. (PST) Tune in and vote for your favorite at academysgottalent.com.

Academy Alumni to Appear on “The Titan...

The Road to Producing