“Since neither of us was called up for Iceland’s final squad on the pitch at the World Cup, we had to find another way to participate so we helped create this campaign for Coca-Cola,” said Sveinsson. “It was a great experience playing alongside Jay at Academy of Art and, after graduation, I thought we wouldn’t be making more assists to one another, but I was proved wrong. We are constantly bringing one another to the table working on different projects for various companies. I’m thankful that our stay in San Francisco and playing for [the] Urban Knights has turned into a lifelong friendship.” 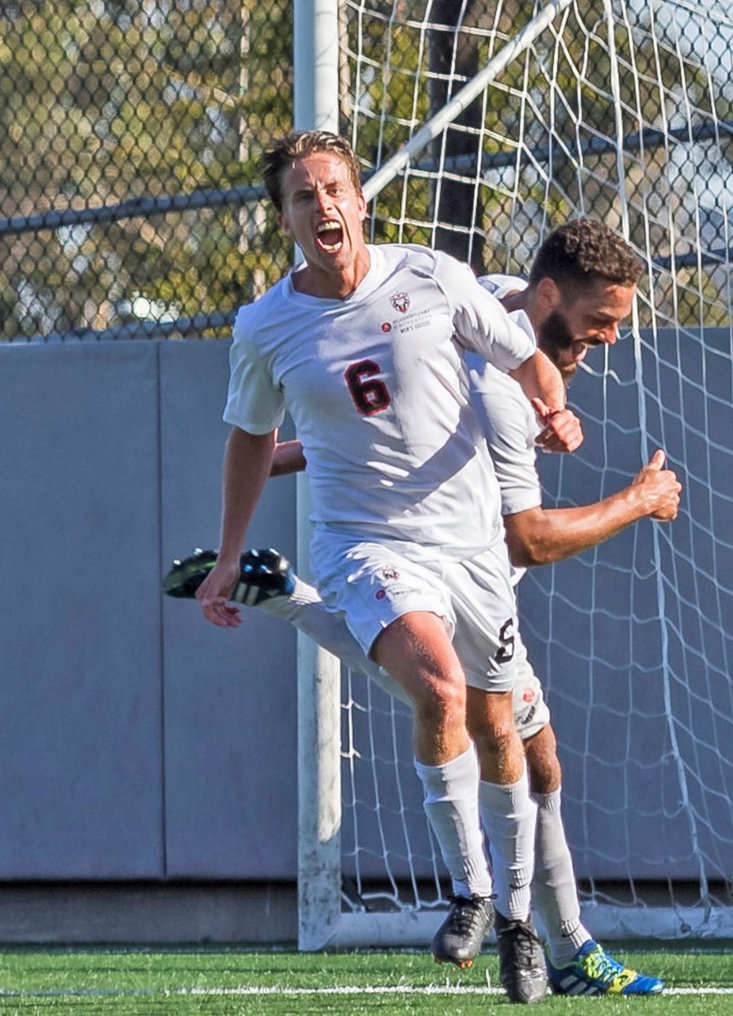 In his final year at Academy of Art, Eldon was contacted by Maurar, an advertising company that had previously collaborated with brands such as Thule, Cintamani, and as Iceland’s Coca-Cola agency, previously produced campaigns for the Women’s National Soccer Team. Appreciating the concept of a small group of talented individuals working together, Eldon was soon given considerable responsibility as he began working for them as a full-time digital art director at the start of 2016.

When Iceland secured its spot in the World Cup group stage, Coca-Cola teamed with Maurar, under the direction of Halldórsson, a former full-time filmmaker, to produce one of the biggest marketing campaigns in the country’s history. Rich with imagery of the country and its people while simultaneously incorporating the Icelandic team’s SKOL cheer or “thunder clap,” the commercial was filmed over the course of 13 days and subsequently produced in seven months with the website that both Eldon and Sveinsson created.

Eldon began with tackling questions such as: “What is the purpose of the website?” and “What is the content?” He sketched out his ideas and designed the necessary wireframes, a page schematic or screen blueprint that represents the skeletal framework of a website. Upon the approval of the wireframes, Eldon implemented the designs from the campaign as well as the tone of voice, pictures, and other elements. The collection of assets was then delivered to Sveinsson whose web design and development digital agency, Avista, then began the coding and eventual launching process.

“I take pride in some of the early ideation and concept work, but I’m truly proud of the website that holds together the campaign,” said Eldon. “We wanted a platform, a landing page, where you could see the commercial, see the making of, and really capture the whole concept within the website. We wanted to portray both the mood of the nation as well as the mood of the Coca-Cola brand. Content is king and we had really good content.”

Joining the Academy of Art men’s soccer program on the eve of the department’s entrance into full-fledged NCAA Division II membership in 2012, Sveinsson and Eldon played alongside one another for two seasons while perfecting their web design talents.

“At Academy of Art, I really sharpened my design skills,” said Eldon. “From sketching to presenting your idea both in words and visually, there is a lot to be learned there. The important thing for me is that I took away how to receive and give feedback. Design is not about what’s right or wrong, but what works and doesn’t work. There can be a lot of ways for a solution which makes being a designer so fun.”

As both Sveinsson and Eldon continue to foster pride as former Urban Knights and as Icelandic natives, they leave a lasting legacy valuing the strength of what can be done together.

“My advice to anyone with similar ambitions is to use the workshops at Academy of Art as much as you can,” said Eldon. “In the workshops, there is a lot of one-on-one and you receive feedback and guidance from the instructors. Do something creatively every day and explore. Being a good designer isn’t about being the best on a particular software, it’s about how you use it.”

A New Home for Young & Hungry