One re-recording mixer recalled how things typically went as a freelancer showing up at a new gig: she turns up and the team—of mostly men—asks, “Who are you?”

There’s a long awkward pause followed by a muttered “cool.”

What they’re saying is that they weren’t expecting a woman.

Bonnie Wild, the recording mixer who shared that anecdote and who has worked on movies such as “Star Wars: The Last Jedi,” “Jurassic World,” “Gone Girl,” and “Captain Marvel” was part of a panel of five distinguished women working in the sound industry who spoke at “Women Making .WAVS: Women’s Perspective in Audio Arts,” held on Oct. 24 at Academy of Art University.

Hosted by the School of Music Production and Sound Design for Visual Media (MUS) and moderated by School of Communications & Media Technologies Director Jan Yanehiro, the evening tackled issues of representation in the sound and audio design industry, how the women got started in their careers, and their advice to current students who, sitting in the audience, gasped audibly—almost comically—as film-work credits were called as each woman was introduced. 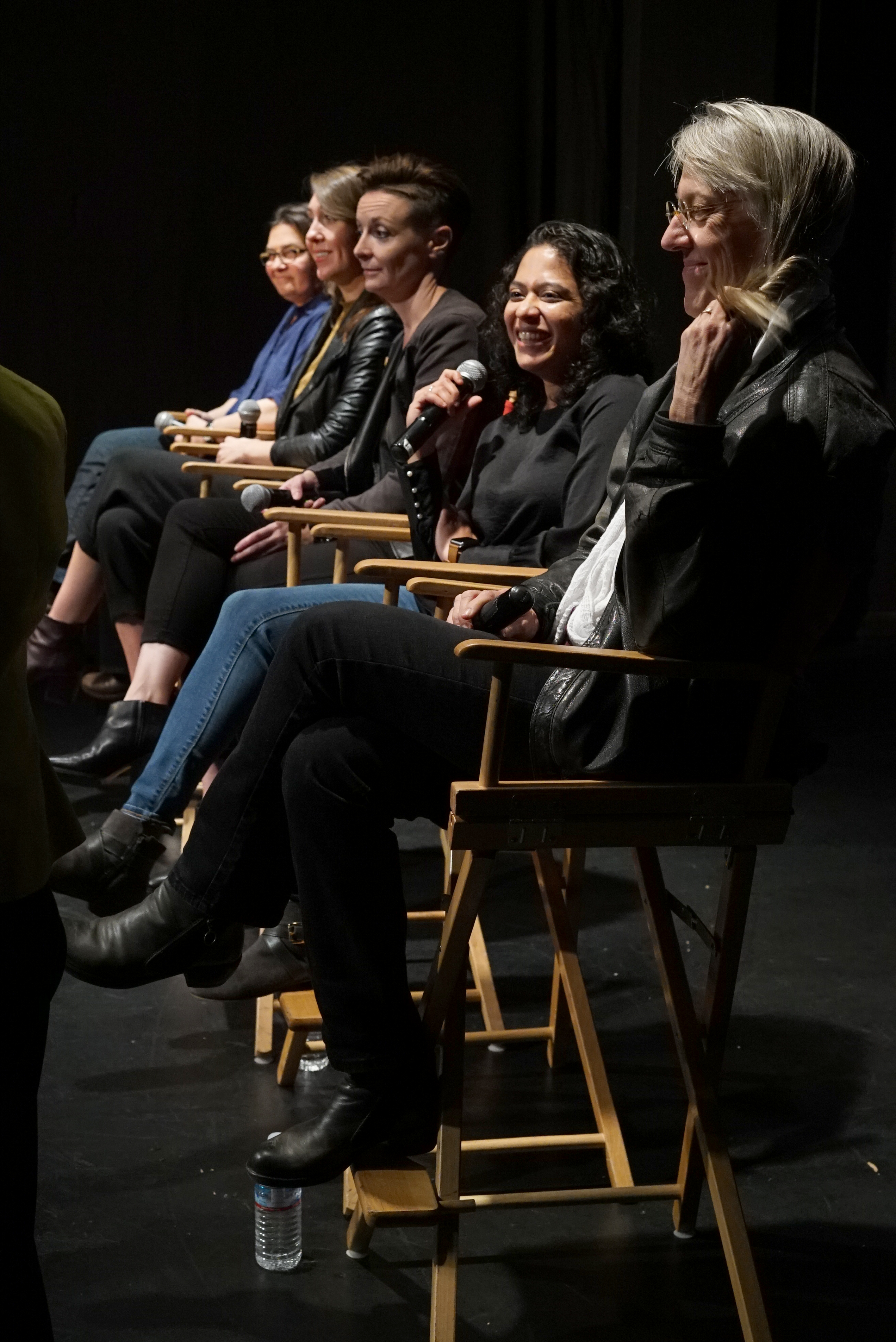 The panel included five women at the top of their industry. Lora Hirschberg, a re-recording mixer and the first woman to win an Academy Award in Best Sound Mixing for her work on “Inception.” Danielle Dupre, a re-recording mixer who has worked at Skywalker Sound for six years and whose recent credits include “Ant-Man,” “Guardians of the Galaxy,” and “Thor: Ragnarok.” Wild, who has also been at Skywalker Sound for six years and who, among her other credits, recently worked on “Solo: A Star Wars Story.” Gwendolyn Yates Whittle, a supervising sound editor, has worked on more than 120 films, including “Titanic,” “Avatar” and “Jurassic World.” The panel also included Academy of Art alumna Tanvi Phadke, a recent MUS graduate (B.F.A. ’17) from Mumbai, who now works at Pandora in a dual role of audio producer and audio copywriter.

Among the audience members, MUS student Nicole Butscher, who is pursuing a B.F.A. in sound design said she came to the panel to prepare herself for the workforce. “I’ve heard that there’s a greater challenge for women.” In her own experience as a student, she said, “People have already been weird toward me just for holding a boom while working on a student film.” She said they thought she was “too dainty” for the job. She came to the panel to hear “an inside perspective from people who’ve been in the industry.”

Dupre put it this way: “There are a lot of mindsets that don’t understand somebody different from them.” For others, it was just a matter of representation.

“A lot of women don’t go into these careers because they don’t see a lot of women doing them,” Hirschberg said. “When I started there were maybe two, three women who did my job. Now there are probably only seven. So it hasn’t changed much.”

Still, she pointed out that panels like these were incredibly important. “These jobs are available to anyone who wants them.”

Phadke said of the 15 audio producers on her team at Pandora, only three of them—including herself—were women. Despite the grim numbers, Phadke said that as someone who was raised by a single mother, a gynecologist in Mumbai who still ran her own practice at 70 years old, she was not discouraged. “Nobody is going to tell me ‘no,’” she said. Then again, she added, “Nobody has ever looked at me differently because I’m a woman, or because I am a person of color. It’s never happened.”

Whittle said that while she never felt discriminated against as a woman, she admitted that there was a lack of representation across the board. “The whole film industry needs more people of color. The more people of different genders, races, and backgrounds, the better everything is. You need different perspectives.”

The Cathartic Creation of “Honey Boy”