It was an electric evening at the Rinat Brodach show, held in New York’s Tribeca neighborhood on Sept. 11. With a theme of “In Progress,” this was the Academy of Art University graduate’s first unisex collection and it seemed well received by those in attendance.

Inclusivity and diversity were themes throughout. By shifting gears to become a unisex brand starting with the S/S 2019 collection, Brodach excitedly emphasized that her clothing will now be for everyone.

“It doesn’t matter if you are short, tall, plus-sized, skinny; this is for everybody,” Brodach said. “That’s part of where the title comes from, too—diversity, and to have that diversity is so important and is now in progress everywhere,” she said. “We are a salad of people. I am not just going to have tomatoes; I want to have all the vegetables that I love.” 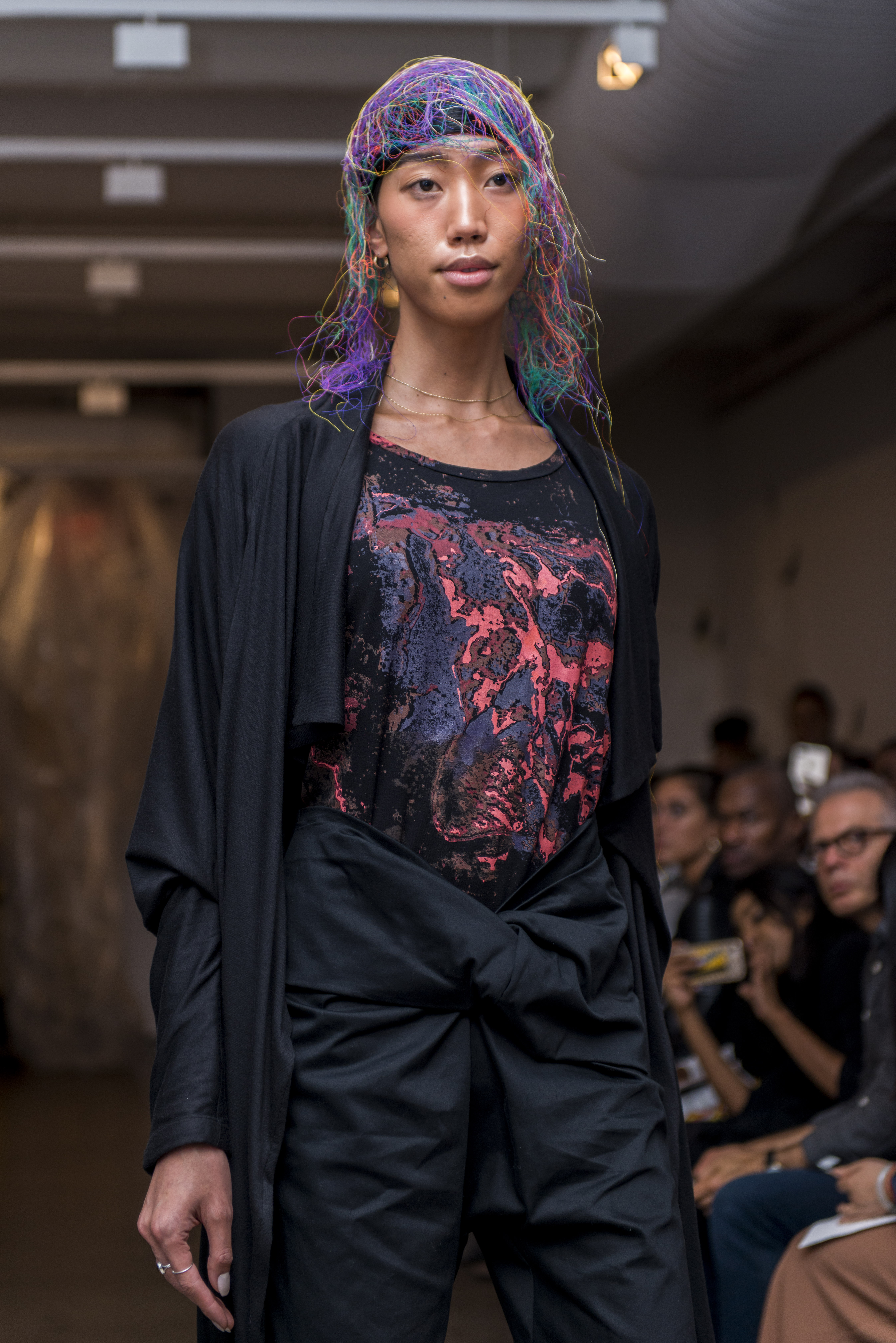 The models in the show represented this spectrum: both male and female, plus-sized and thin, tall and short, all different races and ages, and all having their own unique characteristics. “The designer did a great job at casting models,” said New York University student Rachel Flaherty, a friend of one of the models. Flaherty said she was blown away by the presentation, and left feeling a sense of empowerment.

The 15 looks played with the contrast between edgy and soft using primarily jersey and sheer organza, with a shift into brighter and warmer tones. Most of Brodach’s previous work has been in a dark color palette, regardless of season, but with this collection she incorporated white, tan and blue.

“I am used to doing silhouettes from tough woven [materials], and people always tell me that I should use more colors, so I started to think that I should use softer fabrics that are more of like a second skin,” Brodach said. “I used a lot of jersey and I made it softer so it’s less intimidating.” 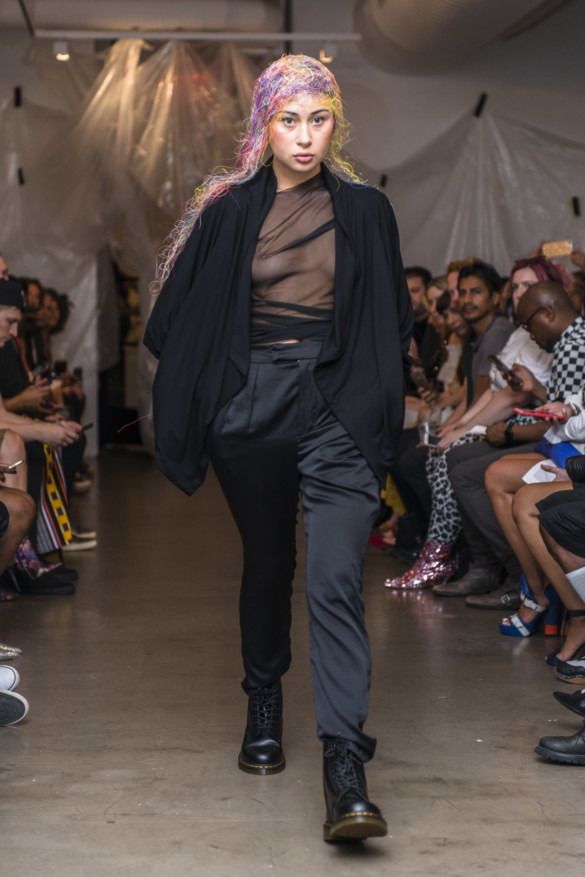 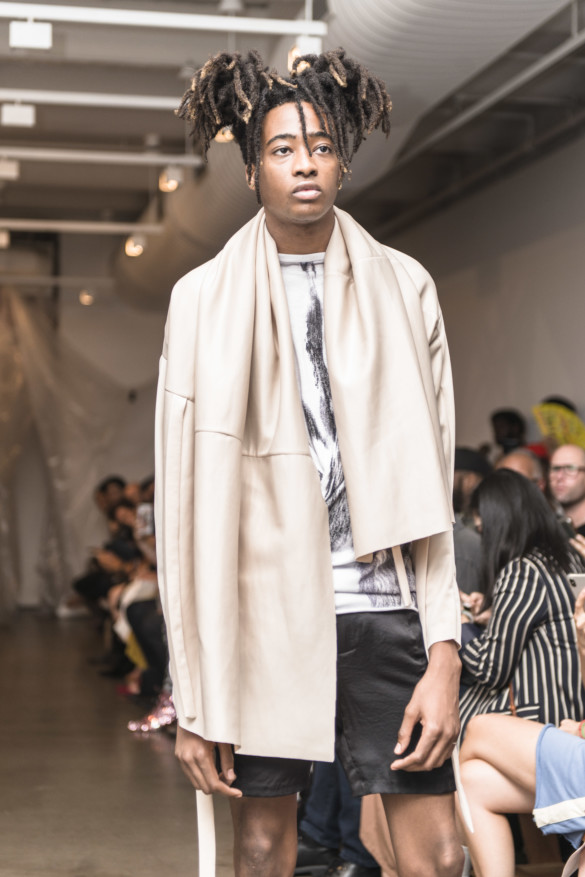 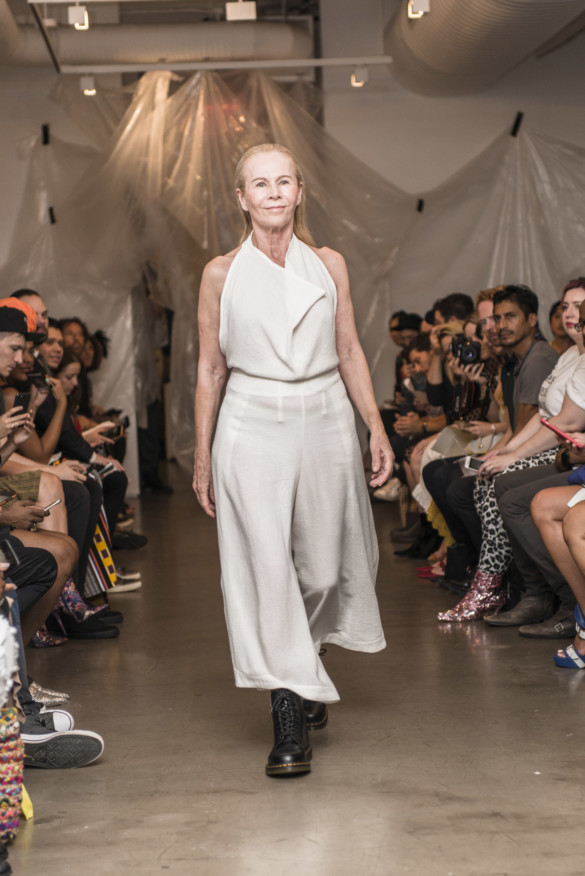 New York personal stylist Angela Lee, who decided to attend the show last-minute, was happy to discover Brodach’s work. “The designs were great. I loved how the looks were androgynous but at the same time looked sexy,” Lee said with a laugh. “The pieces looked so powerful and the confidence that the models exuded was amazing.”

Usually, Brodach would have had the summer to work on her collection, however, her father became ill, so she had to return home to take care of him—and that simultaneously inspired her collection. “This title of ‘In Progress’ syncs into my personal life. It’s the progress in making my collection, the progress of my dad healing and my progress, too,” Brodach explained.

Although the show is complete, Brodach’s evolution remains in progress: the emerging designer is in the process of opening concept shops and hopes to expand her business to Europe. “It was a huge accomplishment putting together a collection in three weeks. This was not in the plan, but now that my brand is unisex, we had to get this done,” she said.