At work, Carl Nenzén Lovén must be highly calculated, yet when he’s not behind the camera on set, Lovén is actually quite spontaneous.

He recently moved to Los Angeles on a whim, for example. He spent a weekend down south a few weeks after walking the stage with the School of Motion Pictures & Television (MPT) graduating class of 2018 at Academy of Art University and returned to San Francisco with his mind set on a newfound change of scenery.

“I went down there with no expectations,” the Swedish M.F.A. cinematography graduate recalled. “I didn’t go down there thinking there would be a job waiting for me, but I figured if I talked to enough people—in a sort of annoyingly nice way—some things may happen.”

He prefers the term, ‘socializing’ over ‘networking,’ but nonetheless, Lovén’s friendliness—bolstered by his knowledge, work ethic and associates—has earned him some solid opportunities within film.

For starters, Lovén was recently in Hong Kong shooting for a film called “Go Back to China.” Lovén met the film’s director, Emily Ting, at a screening for her 2015 feature, “Already Tomorrow in Hong Kong,” and the two stayed connected. When she needed a first assistant camera, Ting reached out to Lovén and he agreed to be a part of filming. For another job, Lovén was in New Mexico working on two documentary pilots. Shortly after, he headed to Santa Fe for the Interplanetary Festival, a film space conference. 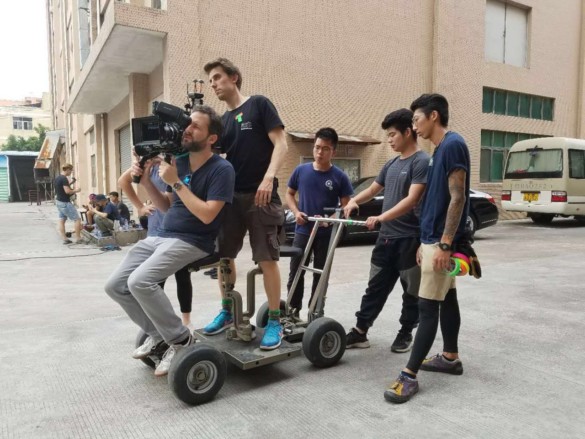 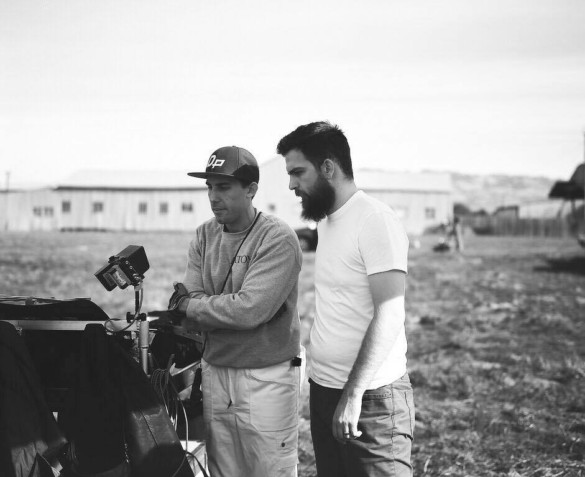 “Being able to walk up to someone and talk to them is so important,” he said. “Skills and having a foundation will definitely help you and socializing and networking can get you a job.”

Originally from Stockholm, Lovén earned his bachelor’s degree in cinematic arts at City University of Hong Kong. He enrolled on a similar spur of the moment move, but as the “only white guy among 250 students,” Lovén’s credits his years in Asia for his ability to communicate regardless of language: “I had to try to understand people, not only culture-wise, but also how to interact and just how to get along.”

He came to San Francisco in 2013, where he signed up as a School of Graphic Design student but the discipline proved to be tough, (“I just didn’t have the natural skill and talent,” he said.) After two years, he switched to MPT.

Before he made the switch, he sat in on one of MPT Director and cinematography instructor Kenn Ferro’s classes. Initially Lovén was supposed to observe, be a fly on the wall, but wound up participating heavily.

“I could see right away [that] he didn’t need to be convinced, he was already thinking the way a cinematographer thinks,” said Ferro. “He was asking very intelligent questions and clearly had more experience than he thought he did … He was connecting the dots.”

“It was sort of like coming home,” Lovén said.

Lovén’s interest in cinematography stemmed from photography. Always “middle of the pack” in his art class back in Sweden, Lovén picked up a camera at 15 years old and fell in love with framing and composition.

He elaborated that motion pictures takes that idea a step further and adds a “nerdy, geeky” component to the discipline. “I can see a beautiful frame and figure out how to move a camera,” said Lovén. “It’s a mixture of the tech-y part of the camera and you combine it with the art part of composition, how you’d structure it to make it symmetric or off-putting, all that.”

According to Ferro, Lovén is the right combination of talent, humility, knowledge and personality that will get him far within the movie business. Above all those outstanding qualities, however, it’s his attitude, the passion and joy, he brings on set every day, from hour one to hour 19.

“To me, that’s the biggest measure of success you can ask for, something you’re excited to get up in the morning and go and do,” Ferro said. “I think [Lovén] has already become successful in that sense because he’s doing something he loves.”

To his fellow MPT students, Lovén offered words of advice: “Try to be optimistic, ultimately be yourself and if you love this, this is not a job,” he said. “This is amazing.”

An Evening of Animation Insight

A Passion for Production