Lyrical Inspiration From “The Boss” Powers “Blinded by the Light”

The bond between a music fan and musician is one often created out of passion, appreciation, and a feeling of being understood. This was the case for writer, journalist, and Bruce Springsteen fan Sarfraz Manzoor, whose 2007 book, “Greetings from Bury Park,”  is the real-life story and inspiration behind the new film “Blinded by the Light,” directed by Gurinder Chadha (“Bend it Like Beckham”).

While Manzoor’s book covers three decades of his life, the film focuses on his teenage years, specifically the age range of 16 to 18. “That’s the time that my life actually changed,” he told Academy Art U News during a press stop in San Francisco last month. 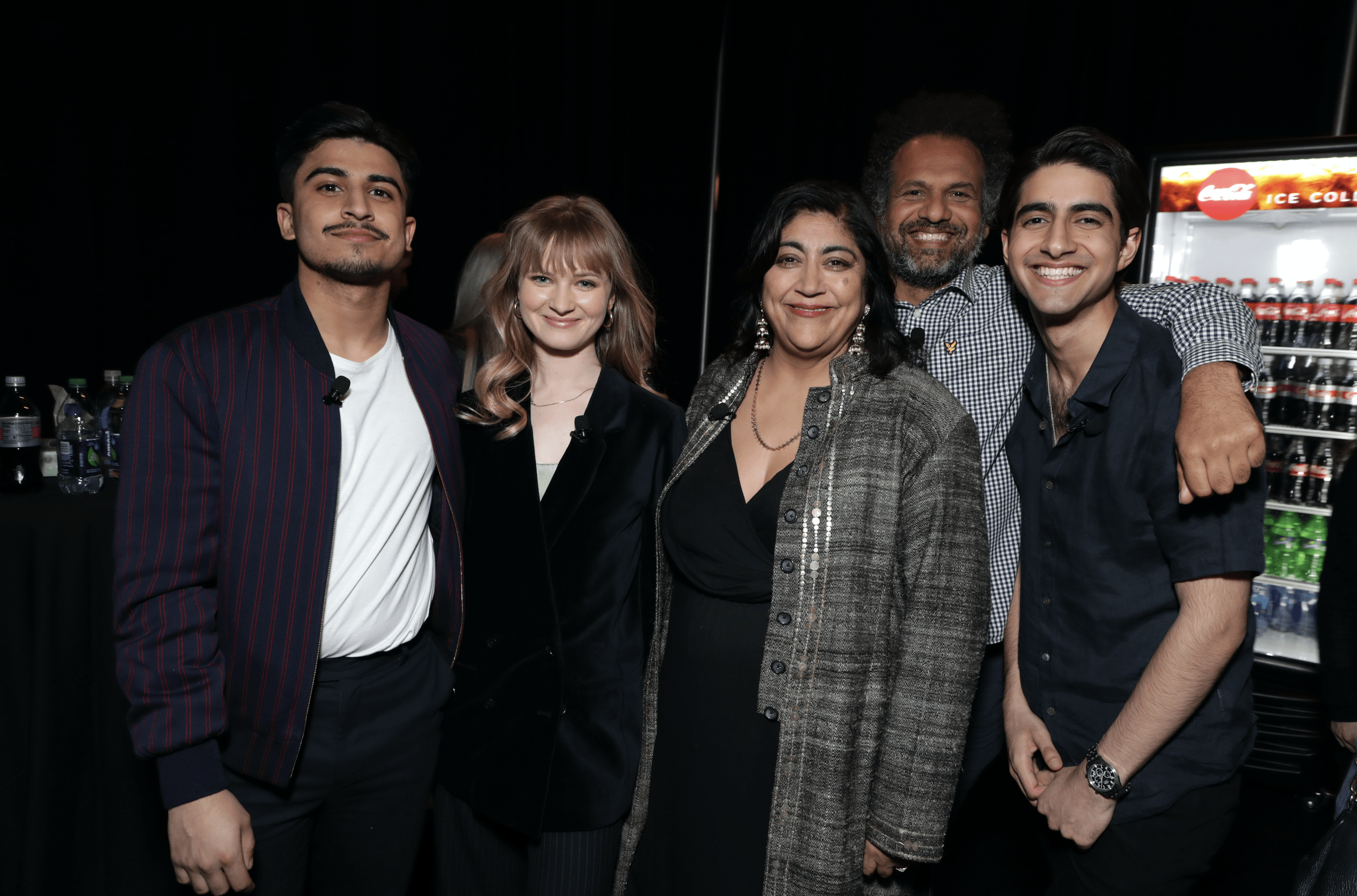 “Blinded by the Light” transports audiences to 1987 Luton, England, where Javed (Viveik Kalra), a British Pakistani teen and aspiring writer from a working class family, deals with daily adversity, from the racial intolerance of his hometown to the rigid disposition of his traditional father at home, by journaling and writing poetry. When a friend from school, Roops (Aaron Phagura), lends him a couple of Bruce Springsteen cassette tapes, a skeptical Javed quickly discovers comfort in the New Jersey musician’s lyrics, sharing with his friend, “It’s like Bruce knows everything I’ve ever felt, everything I’ve ever wanted.”

With some newfound musical courage from “The Boss,” Javed is emboldened to forge his own path and follow his dream of becoming a writer, even at the risk of upsetting his family. Both moving, and, at times, unsettlingly relevant, “Blinded by the Light” perfectly demonstrates the power of music and its ability to connect with people across oceans and from different backgrounds. 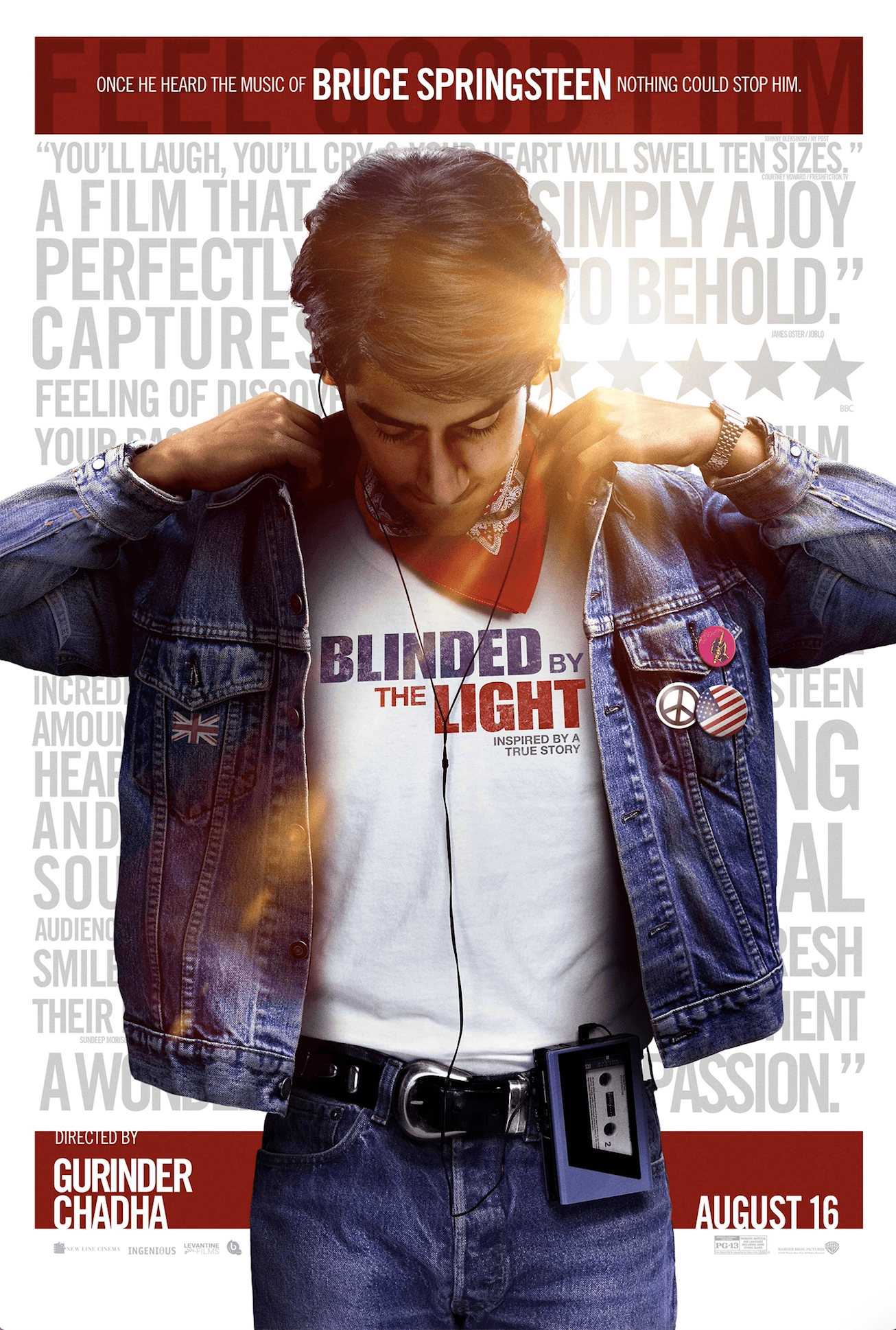 The film is part-wish fulfillment for Manzoor, who wondered about the possibility of turning his book into a movie and reached out to Chadha, whom he knew through friends as well as their shared love of Springsteen.

“He told me he was writing a memoir and when he was finished, he gave me the galleys and he said, ‘I really hope you like it, cause I think you’re the only person who could see the story come to life,’ remembered Chadha. “And sure enough, I read it and said, ‘Okay, there’s something in this. … I know how to turn it into a film.”

Before there was even a script, the director knew they had to get Springsteen involved somehow. “There’s no point in doing anything unless Bruce was on board, because there was no movie without him,” said Chadha.

As fate would have it, Chadha was invited to the UK premiere of Springsteen’s documentary, “The Promise: The Making of Darkness on the Edge of Town,” and brought Manzoor as her plus-one. Being that Manzoor has attended 150-plus Springsteen concerts over the years, it wasn’t a surprise that the musician recognized him, but when he revealed that he had read “Greetings from Bury Park,” it left the writer stunned and Chadha seized the opportunity to let the singer know that they wanted to turn the book into a movie but not without his support. Springsteen told Chadha, “Sounds good, speak to Jon,” and pointed out his manager Jon Landau, who she would stay in touch with.

After getting script approval from Springsteen, the approach to the movie was to make something that the American rock star would enjoy. “It was just in my head, ‘What would he like? What would Bruce like here?’ explained Chadha. “And that’s based on knowing him from his music, his book. And I have to say, it wasn’t hard. The man is full of integrity and sincerity.” 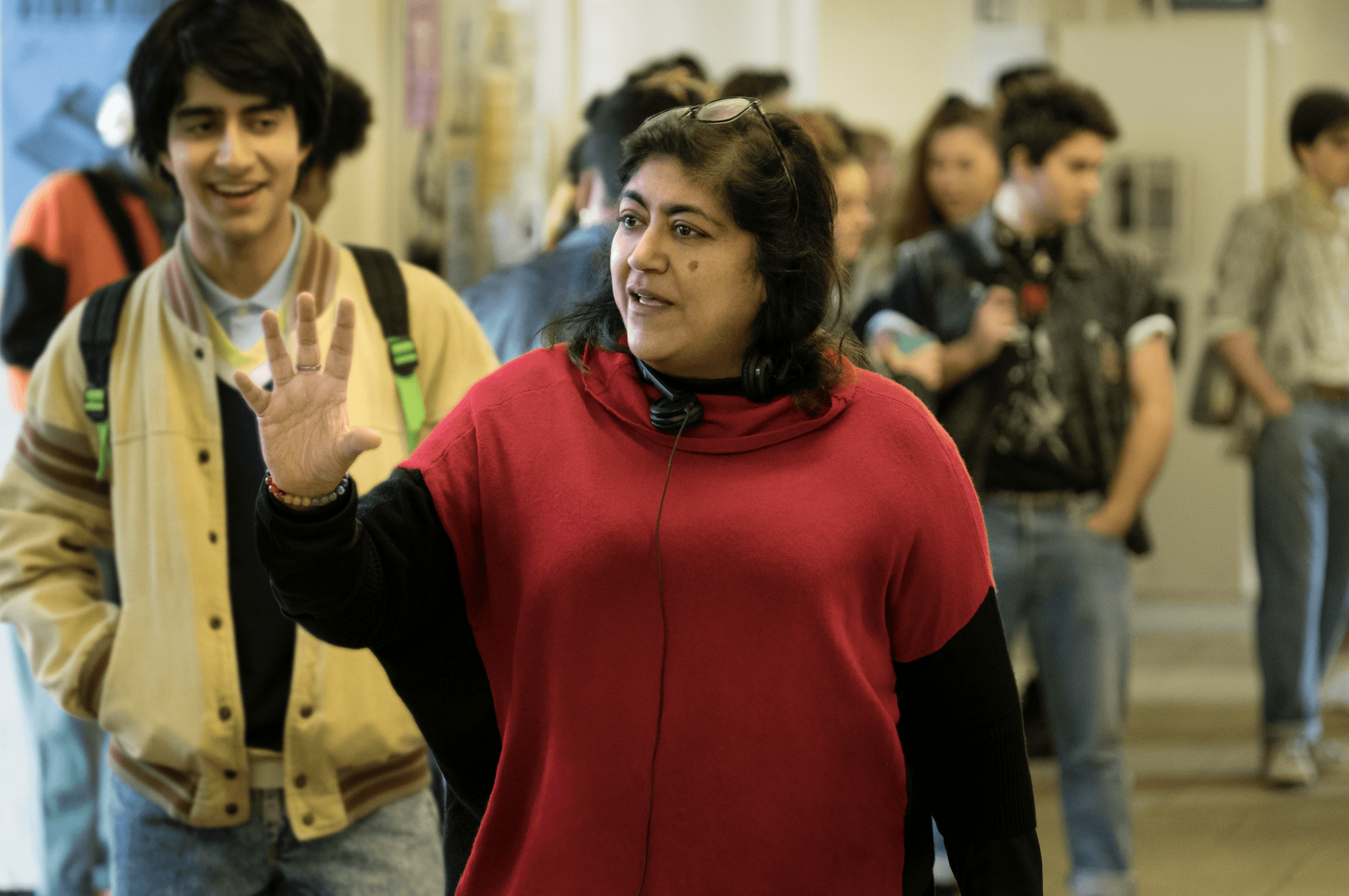 Manzoor added: “We wanted to make sure we did right by him. He doesn’t give his music away very often. … So it’s partly that, and that’s a massive responsibility on Gurinder, because you never hear these songs in a cinema, so you’ve got to make sure you do it right.

“I think the thing that Springsteen liked about this film is that it’s not about him. It’s about a character who is touched by his music. And so, try and tell that story as honestly as we could with as much heart.”

When it came time for Chadha to cast the teenage version of Manzoor or in the film’s case, “Javed,” she was looking for something very specific from her soon-to-be lead actor. “I auditioned and various people came in, and I felt that Viveik was really good. I loved his readings, very sensitive,” said Chadha. “I also believed he could write poetry, because that was the hard thing. Who did I believe would be able to write and write good poetry?

“What I did during the auditions was I’d put ‘Born to Run’ on really loudly and say, ‘What would you do to this song?’ [The actors] would look at me, most of them had never heard it, these young kids. And then Viveik did a great sort of listening to is with his eyes closed, doing that, like he was really listening to the words, and that sold it for me.”

Upon meeting Kalra, Manzoor offered to take the young actor to Luton, where he showed him his old home, childhood photographs, as well as the poems he wrote as a teenager. “I told him stories and I just gave him as much information about what the real life was like so that he could just have it all in his head, so that when it came to performing and doing his job, he just had all that info.”

The writer praised Kalra’s performance in the film, and noted that the biggest similarity he felt between himself and his on-screen portrayal was the sense of being trapped at that time of his life, especially when he would go to work at a sandwich factory and have to turn over his earnings to his dad. “I’m thinking, ‘Why am I doing this? What can’t I just have this money myself?’ So that scene when he gives the money to his dad, that really speaks to me. That feels very similar and also the passion of Bruce. Me and Roops really did wander around the college, just chatting lyrics, and just talking and being obsessed. And that really comes through.”

Even now, Manzoor continues to turn to Springsteen’s lyrics for both insight and self-reflection.  “There’s a line that he says, I sort of hinted at this in the film, where he says, ‘It’s easy to let the best of yourself slip away.’ That is something I go to all the time. Basically, that’s another way of saying be the best version of you. So every time I try and make a decision, I’ll be like, ‘Am I really giving the best version of myself? Am I selling myself best? Am I doing the choice that maximizes who I am? I still go to those lyrics sometimes,” he shared, adding, “It sounds a bit crazy to sort of live your life by lyrics, but they’re all just bits of wisdom.”

“Blinded by the Light” is now playing in theaters.

More Than Meets the Eye

Going From the Page to the Screen