In 2016, photographer Xavier Goins captured photographs of a man named Hop Jeong. In one image, a closeup of his hand, Jeong points to a map toward a part of Southern China from where he immigrated. Jeong was among the nearly one million other immigrants who were processed at the Angel Island Immigration Station—essentially the west coast’s version of Ellis Island—between 1910 and 1940.

Upon capturing the image, Goins, then a student at the Academy of Art University’s School of Photography (PH), suddenly grasped that there was much more to the story of Angel Island detainees. He “realized how much potential there was, how important it was for history” to document them, he said. 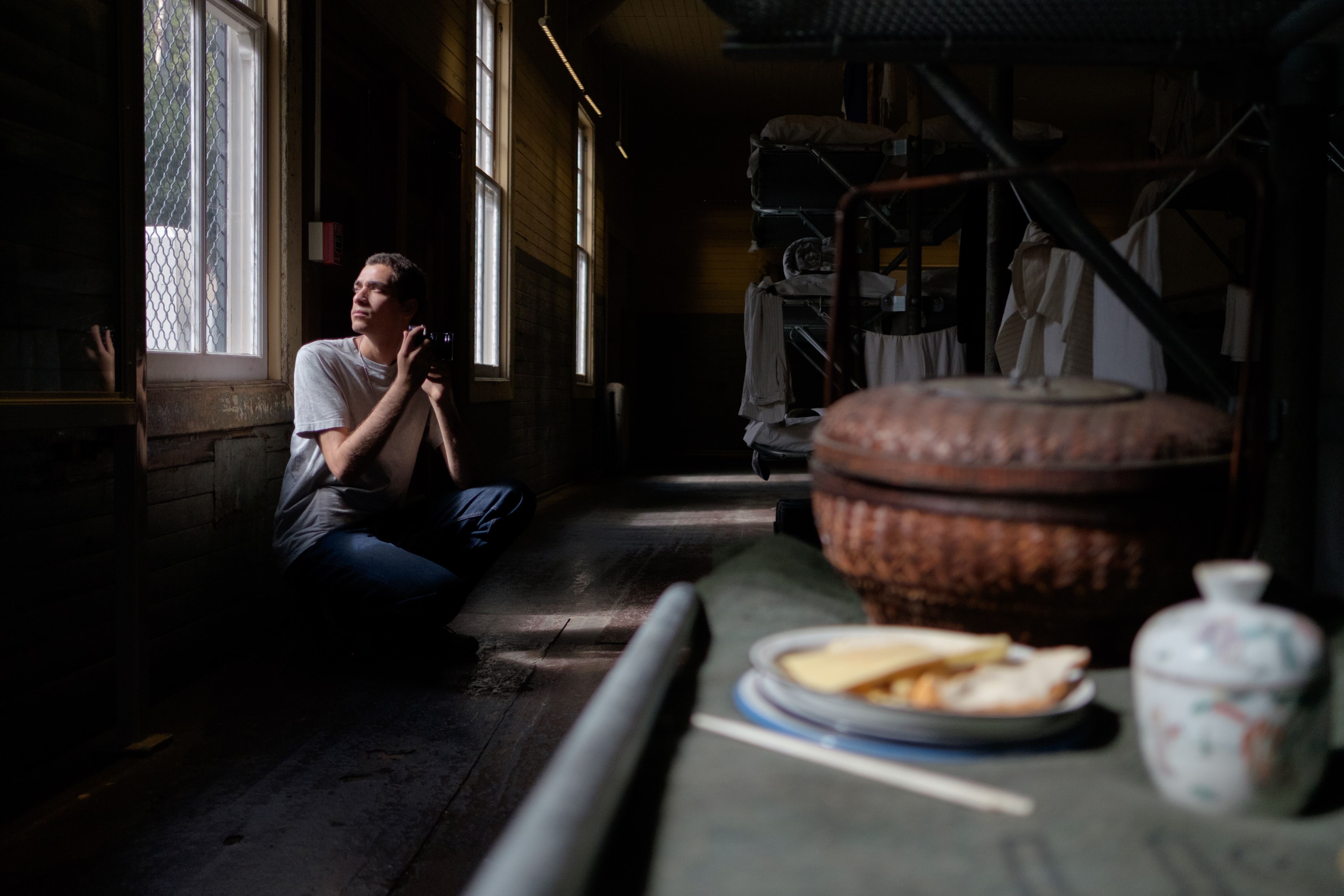 More than three years and many photographs later, Goins amassed a project: “Built of Jade.” The series comprises images of former detainees living in the Bay Area and in Houston, Texas. He photographed 16 men and four women. He also captured the immigration station itself, situated in San Francisco Bay right off the coast of Tiburon. “When you’re inside the building, how quiet it is, you can feel the stories that are there,” said Goins.

In documenting his subjects, Goins strived to get a sense of how coming to America changed them years ago. “To see them at the end of their life and for them to look back at the beginning of their life is really interesting to me,” said Goins.

Guided by a goal to capture his subjects as they are, authentically, Goins cultivated an approach that allowed for a deeper dive. He photographed them in their homes. He opted for natural light instead of large lighting that could be intimidating. He shot on a Fujifilm X-T3 and used a standard lens or a wide lens. 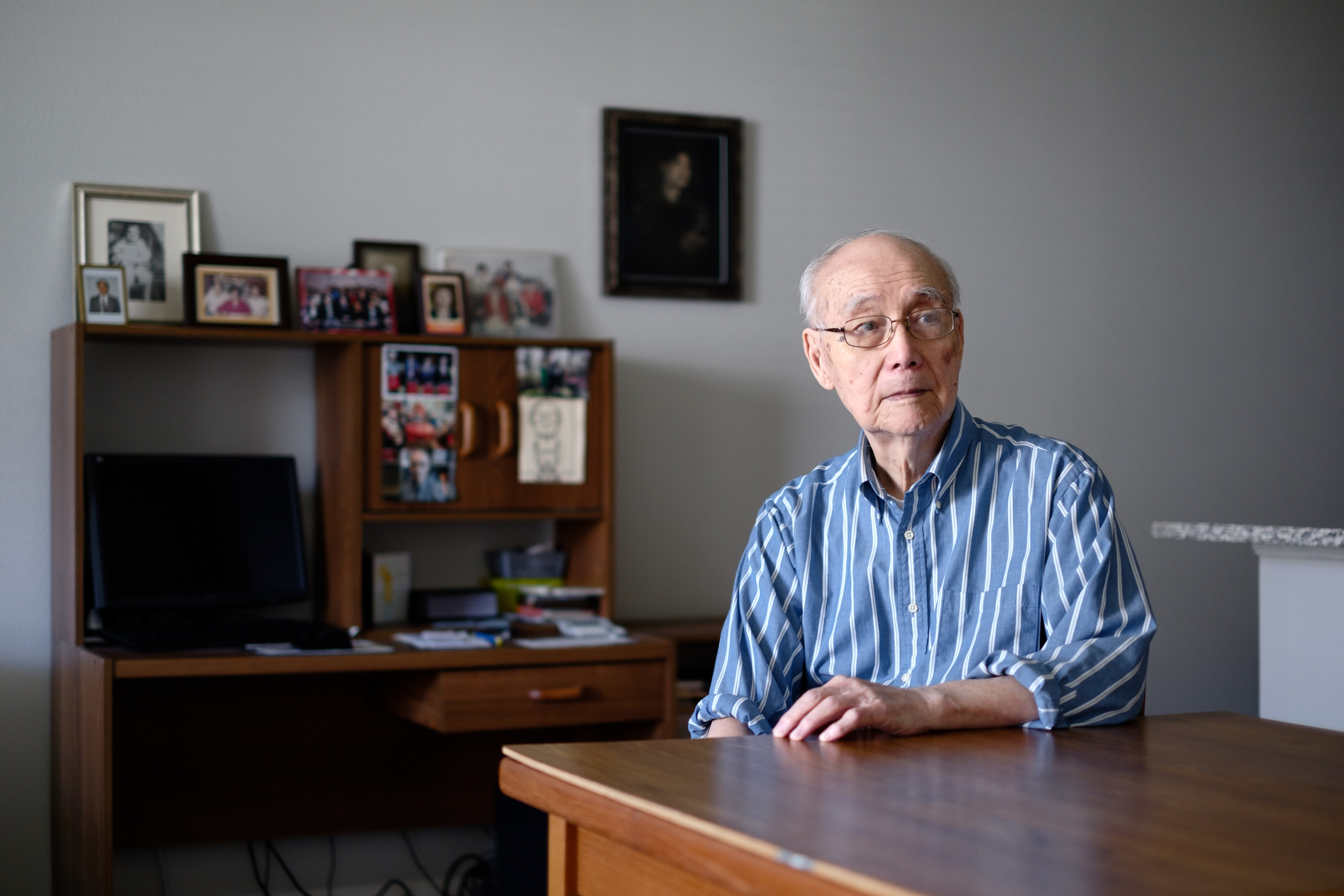 He also formed a specific strategy for connecting with subjects. “At first I started doing a legit interview with questions. And that worked for a time for information, but I realized it didn’t allow them to open up as human beings,” Goins reflected. “I decided not to use questions at all. I decided to approach it more like a conversation. And then I would just find things to connect with them [about] throughout the conversation. By the end of it, they were fully comfortable and fully open, which allowed me to get the portraits.”

In most cases, he spoke with subjects for a couple of hours before photographing. Sometimes, he lived with a family for a day or two, building trust.

A turning point for the project was in connecting with the Angel Island Immigration Station Foundation in 2016. They initially helped him contact detainees and later helped with funding. However, Goins found most of the subjects on his own, digging deep into research in books, articles and through word of mouth. Most of his subjects are between 85 and 100 years old. While Angel Island processed immigrants from China, Japan, and Nazi-occupied Germany, most of his subjects hailed from China; 18 were of Chinese descent, with one of Japanese descent and one of Jewish descent. Many were detained on Angel Island for a few weeks; some, for years. 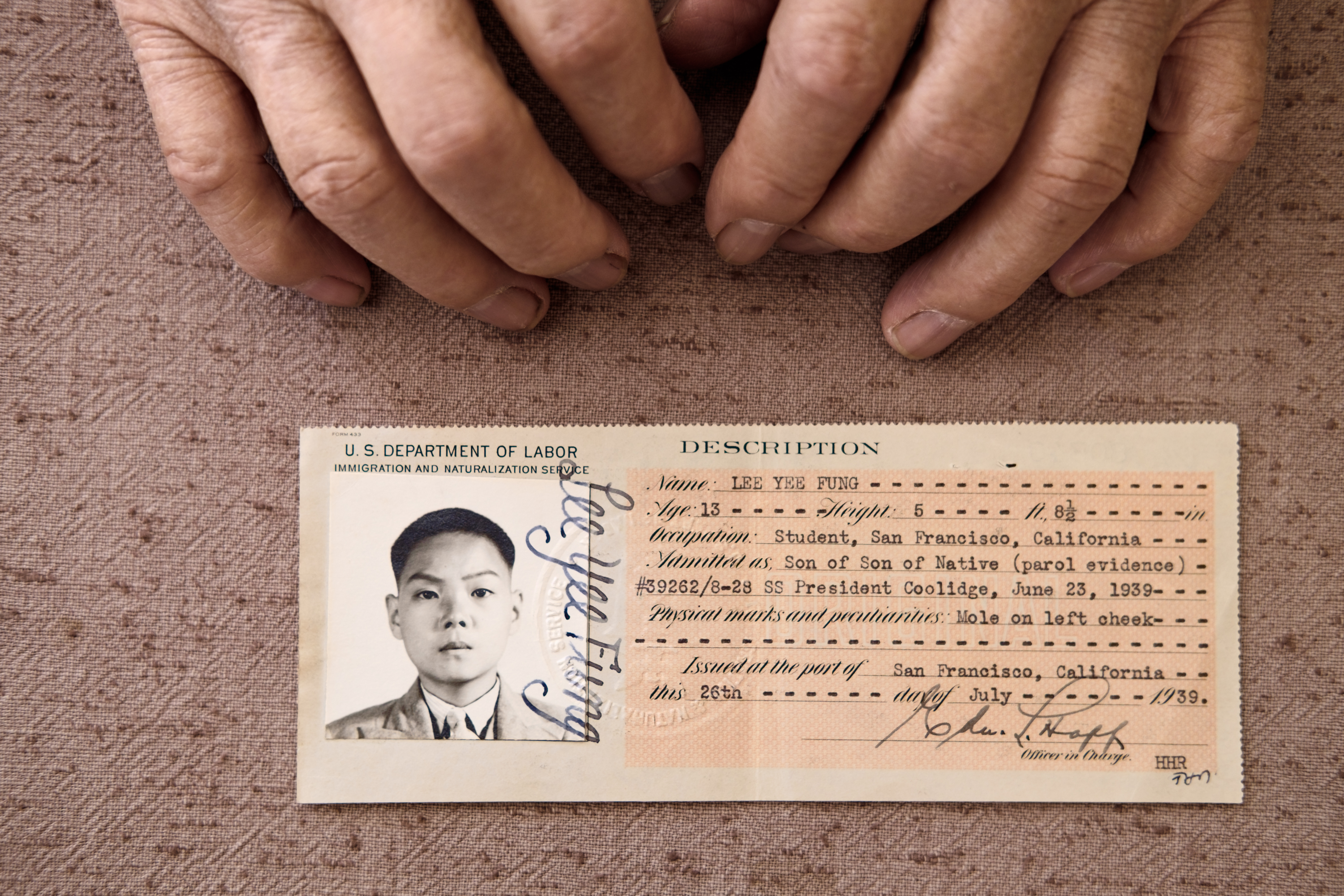 The project had challenges. For one period of time, detainees kept declining. It forced Goins to push through and stay persistent with such a large essay. “Having the dedication to work on such an extensive project is pretty important,” he said.

Providing guidance was PH instructor Mark Murrmann, who Goins said helped him edit and shape his photography as the project took shape. For example, he led Goins to pay closer attention to how subjects’ hands feature in each photo, acting as metaphors in the way they’re posed or shot.

One of the biggest learning experiences, however, was in delving deeper into his subjects.

“I think the surprising thing was that a lot of them actually thought of some of their experiences as being good, versus bad,” Goins said. He noted the struggles prompting them to migrate in the first place. “Even though the living conditions were really poor on the immigration station, they were actually better than where they were coming from.”

The project still evolves. Goins plans to capture more portraits and continues to seek subjects, including the children of detainees. He aims to document their stories in a book.

Illustration Welcomed Students to the ’60s at...