Back in 2013, Nina Fabunmi entered her first Bombay Sapphire Artisan Series, a competition that gives artists the opportunity to exhibit at art gallery events across the U.S. and Canada. For the past five years, the former Academy of Art University student qualified as a regional finalist but had yet to be named a winner. So for the 2018 contest, she was expecting more of the same —but as luck would have it, sixth time was the charm.

“I was somewhere in the back,” recalled the School of Fine Art – Painting graduate. The Bombay series’ San Francisco regional gallery was held at 111 Minna in October and Fabunmi joked she should get a Bombay veterans’ award instead. “And then they called my name. I was in utter shock.”

“The thing about art is it can be so subjective,” she added. “Winning is based on the judges’ taste [and] different people have different tastes, so it’s going to depend on that. But last year just happened to be my year. I was really happy.” 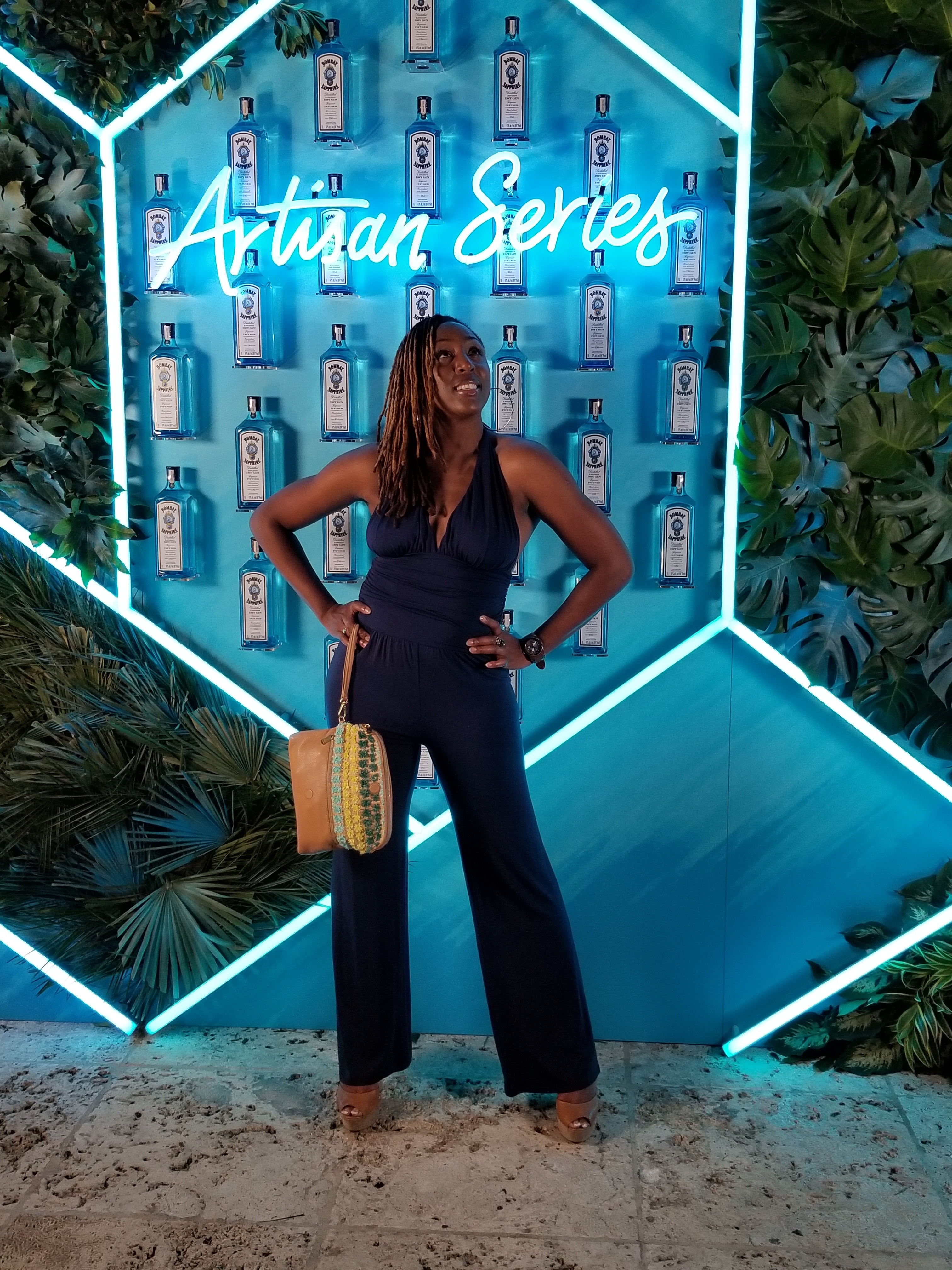 As a Bombay series’ regional winner, Fabunmi and her winning piece, “Find a Way to Your Heart,” along with 14 other regional finalists, were flown out to SCOPE Miami Beach for the contest’s grand finale exhibition at the Versace Mansion. Fabunmi wound up not taking home the grand prize ($10,000 and an Artsy collaboration to create a New York City public art installation) but excitedly recounted the experience as “living the celebrity life,” already itching to return next year. “At some point, I forgot I was there for a competition, that somebody [was] going to win something [that night]. I was just socializing and having a good time.”

If winning a free trip to Miami based off her art signifies anything about Fabunmi, it is that her perseverance and dedication is paying off. Since graduating from the Academy in 2014, her list of gallery work continues to grow (Studio Gallery and Gallery 1317 in San Francisco, Gallery Guichard in Chicago, Joyce Gordon Gallery in Oakland, plus others) as well as her published work for magazines like American Art Collector and Southwest Art. 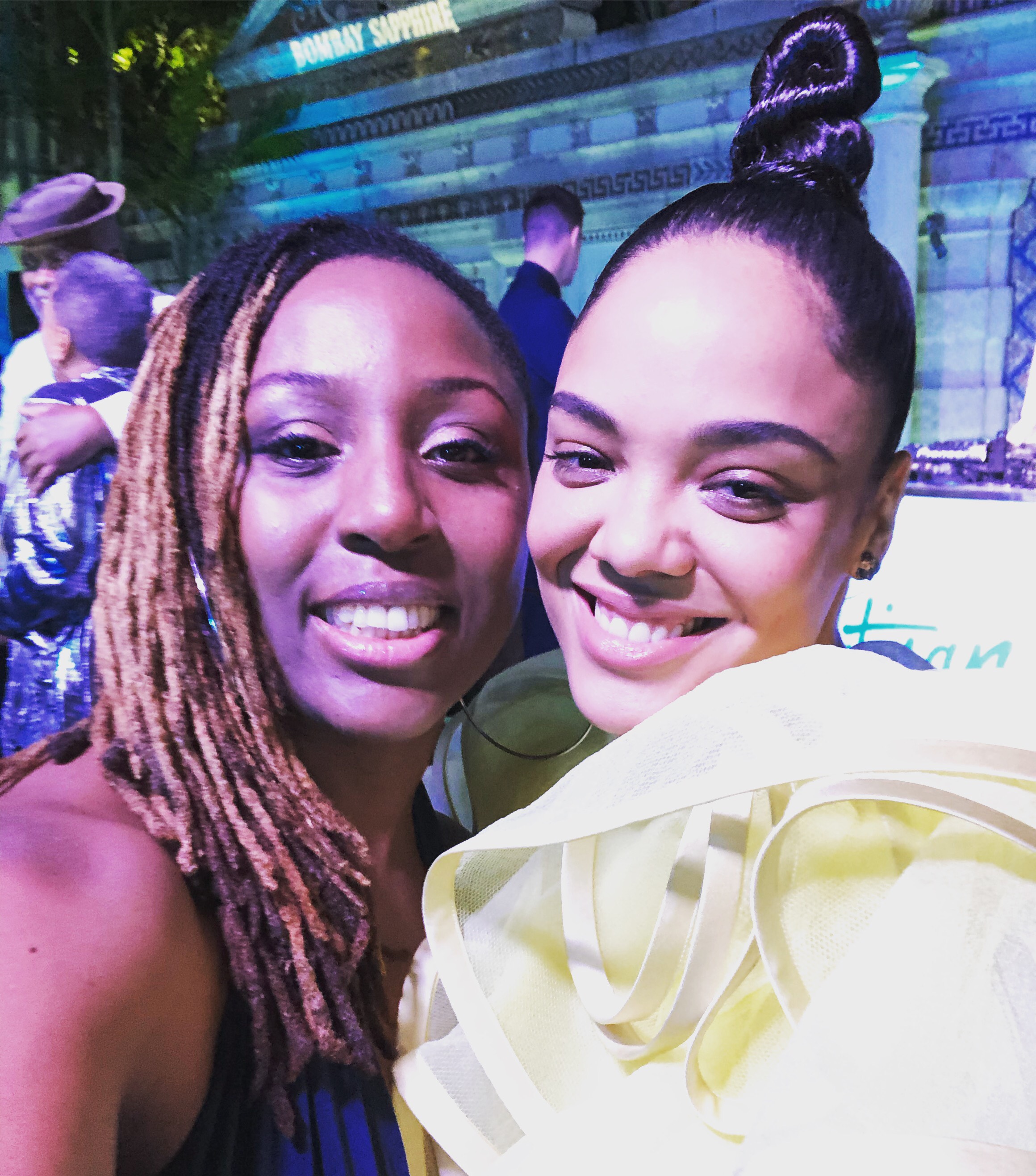 “At first, it was intimidating because the wall was seven feet by 40 feet,” Fabunmi explained. “I did it in three days. It was big, but I did it, so I’m pretty happy with that. I’m not afraid of murals anymore.”

Fabunmi’s passion for her art is what drove her past any fear that comes with being an artist. Originally a self-taught painter from Nigeria, Fabunmi spent days working in real estate, banking, and telecommunications before painting through the night. Her largest commission (21 paintings for a Lagos establishment) was enough to send her to the Academy, where classes were, at first, “extremely hard,” and used terms she never heard of or used before.

“There were a lot of ‘a-ha!’ moments at the Academy,” she recalled. “I began to realize doing the smallest things can make the biggest difference.” 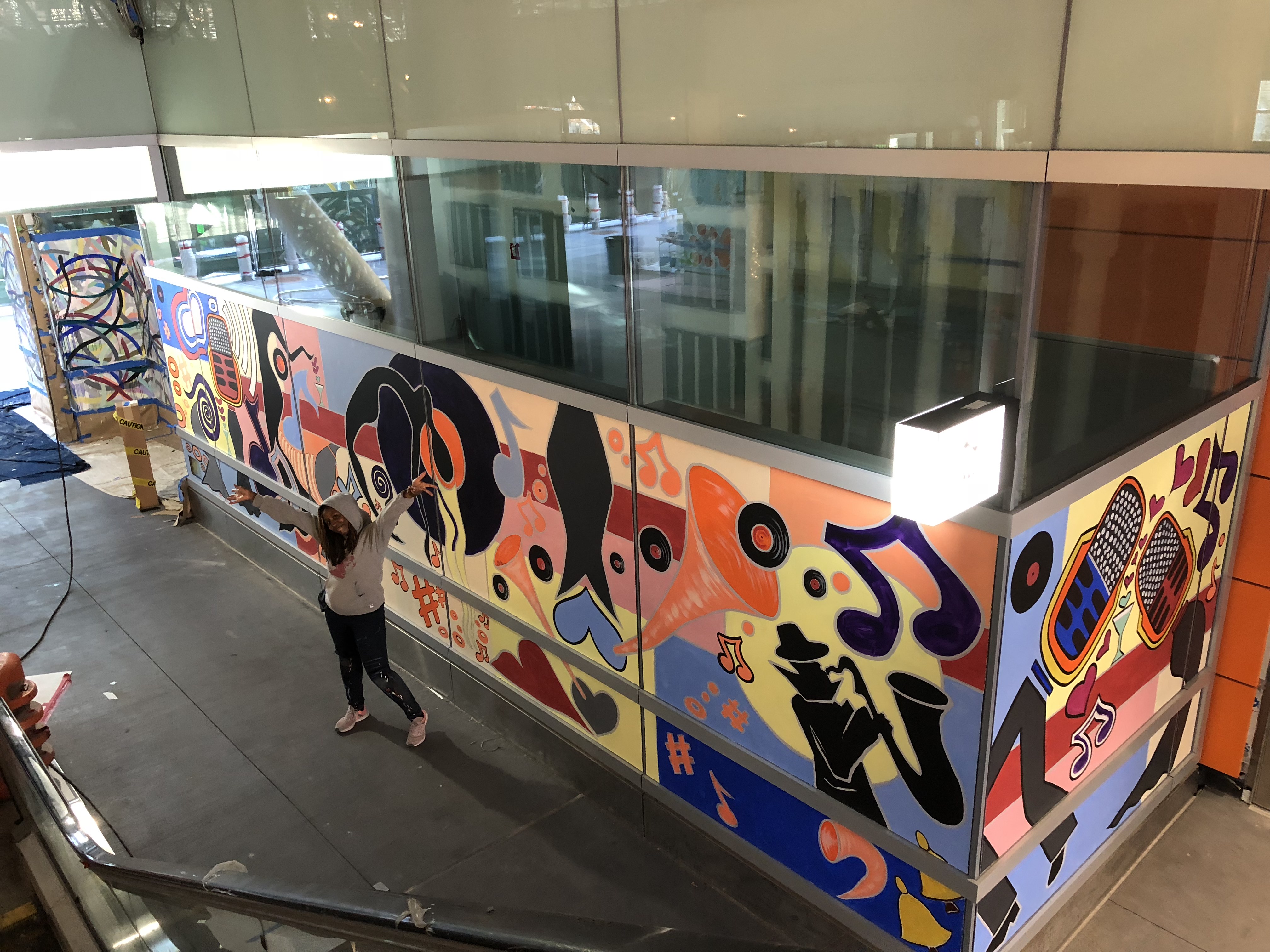 What really fostered her education, Fabunmi said, was simply being around other artists. From the classroom to the studio, to high-profile exhibitions in Miami, the ability to share with creatives has made her more well-rounded and communicative in her career. Currently, Fabunmi is one of the 250 artists working out of the Hunters Point Shipyard Artists studios, one of the largest artist communities in the country.

“Just being among other artists was an amazing experience for me,” she said. “I had been isolating myself even when I visited other artists, it wasn’t the same as painting among other artists and being able to stand up and walk around and look at other techniques, other classmates’ approaches, how your teachers demonstrated. The difference was amazing. I will always say the Academy of Art completely changed my life.”