During the second week of December, the Academy of Art University hosted the NorCal Collegiate Open, an esports invitational where 12 teams representing six schools duked it out in the 180 New Montgomery game lounge to claim who’s the best in the Bay.

Organized by the School of Communications & Media Technologies’ Esports Experience class (COM 498), the tournament started with a “League of Legends” tournament on Saturday, Dec. 8, which then continued with an “Overwatch” tournament on Sunday, Dec. 9. The weekend’s big winner was the San Jose State University Spartans, who won back-to-back championships due to their sheer experience and tight team chemistry. 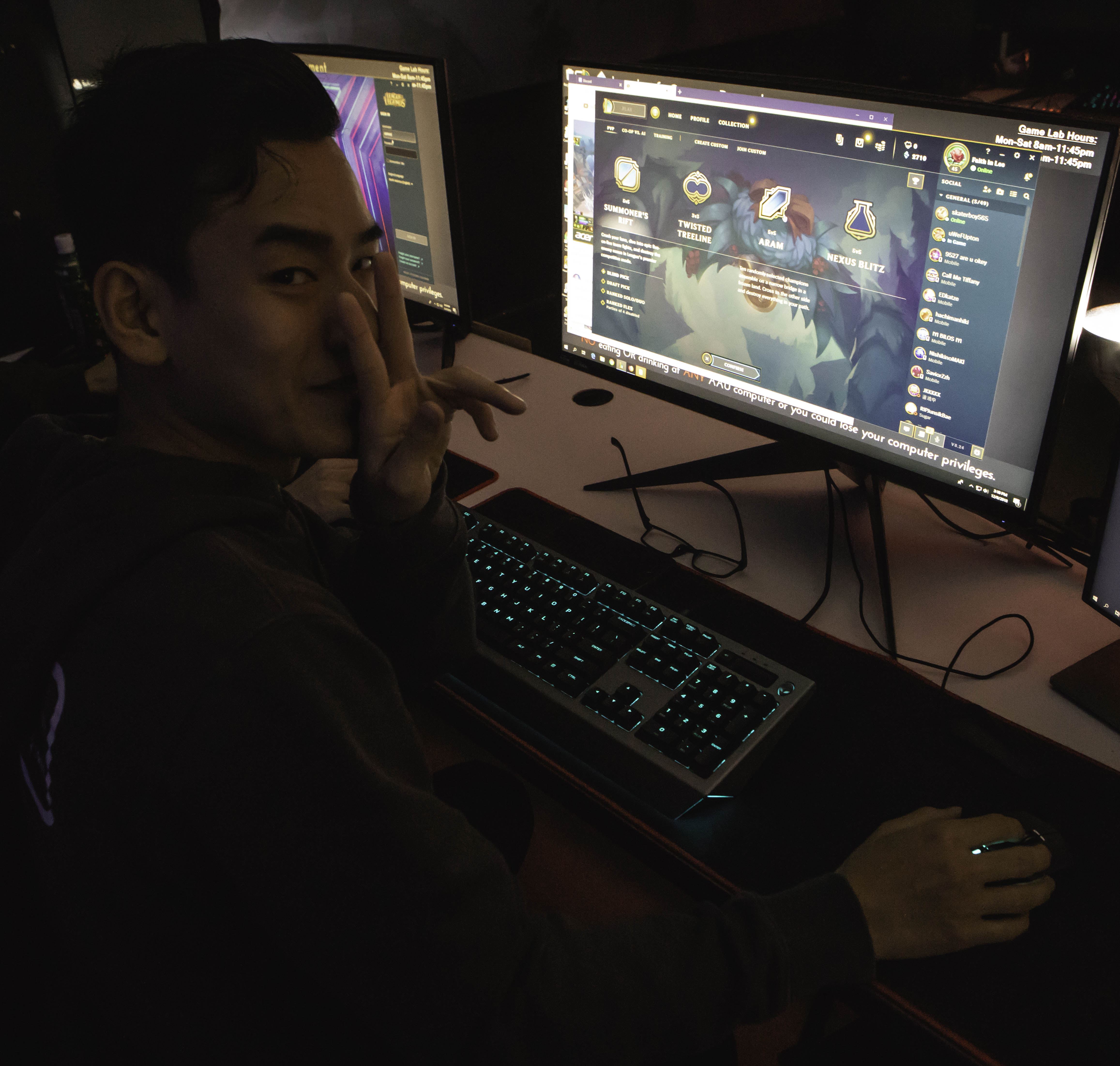 Their first title came on Saturday during the 5v5 “League of Legends” tournament. In “League of Legends,” teams compete to destroy the opposing bases, or nexus, by trekking through three lanes. Each player picks a champion and with that comes an associated duty; your character is either designed to kill, assist, or protect—sometimes a combination of the three—and goes head-to-head against the others occupying the individual lanes.

To seal the tournament, the Spartans bulldozed through the Ohlone College Renegades, who climbed to the final round from the No. 5 seed, beating University of San Francisco and Art U. Dylan Pham, the Renegades team manager, felt good about his team’s performance and was positive going into the finals.

“Winning our first two games really boosted our confidence and really helped us to bond more as a team,” Pham said. “And going into this third game, I think that helps our already great communication that we’ve had so far.”

But a boost in confidence wasn’t enough for Ohlone to halt SJSU. In the “League of Legends” finale, SJSU’s champions were too powerful and Ohlone was outmatched, failing to pressure SJSU as they marched down the lanes to victory. 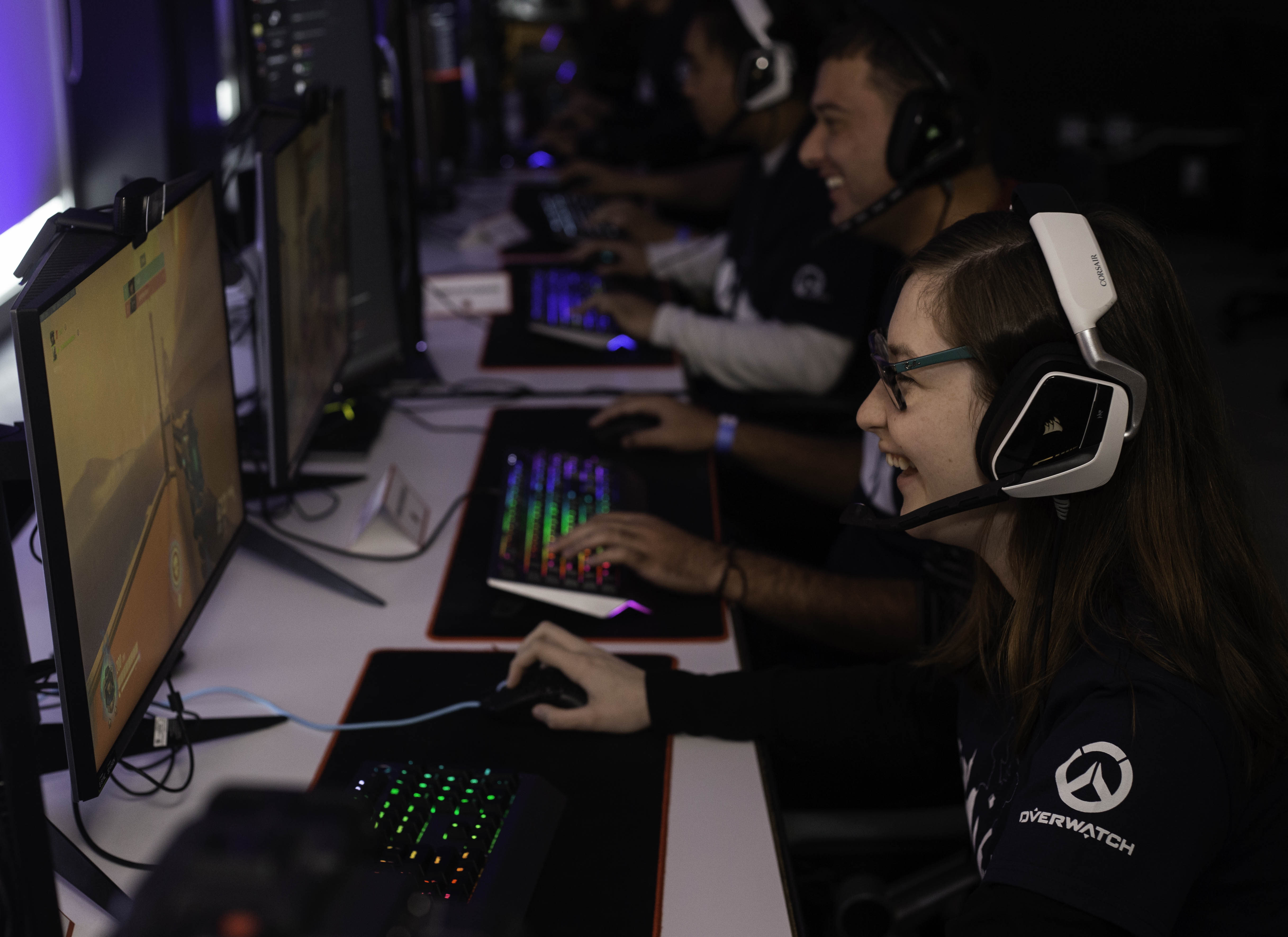 “I wanted them to maintain their identity as a team and regain the momentum we had during preseason,” said William Caro, SJSU’s safety officer. “Our players have a high mechanical ceiling so we like to pick champions that can get a lead and push it.”

Though Art U was ousted early in the “League of Legends” tournament, the varsity (dubbed Onyx) and junior varsity teams (referred to as Ruby) both progressed into the semifinals for Sunday’s 6v6 “Overwatch” contest.

In “Overwatch,” each match is played on a map with specific win conditions. Some examples include escorting a payload from one end of the map to another; maintaining control over a checkpoint or enemy base; a free-for-all death-match, and more. Team composition is key for strategizing. Players select champions and are assigned to either damage, tank (soak damage), or support (empower, heal and shield allies) as they go head-to-head against the opposing team.

Art U Onyx set the tone early in the tournament with a dominating win over San Francisco State University’s Gaming Gators B Team. In a best of three matchup, Art U Onyx’s Jeffrey Byczko, whose gamer tag is Harambe, got aggressive early, cleaning out SFSU with a quick double elimination that sent him on a warpath throughout both maps. Byczko’s dominance led to a clean 2-0 finish that set up Art U Onyx for a much tighter match against SFSU’s A team. 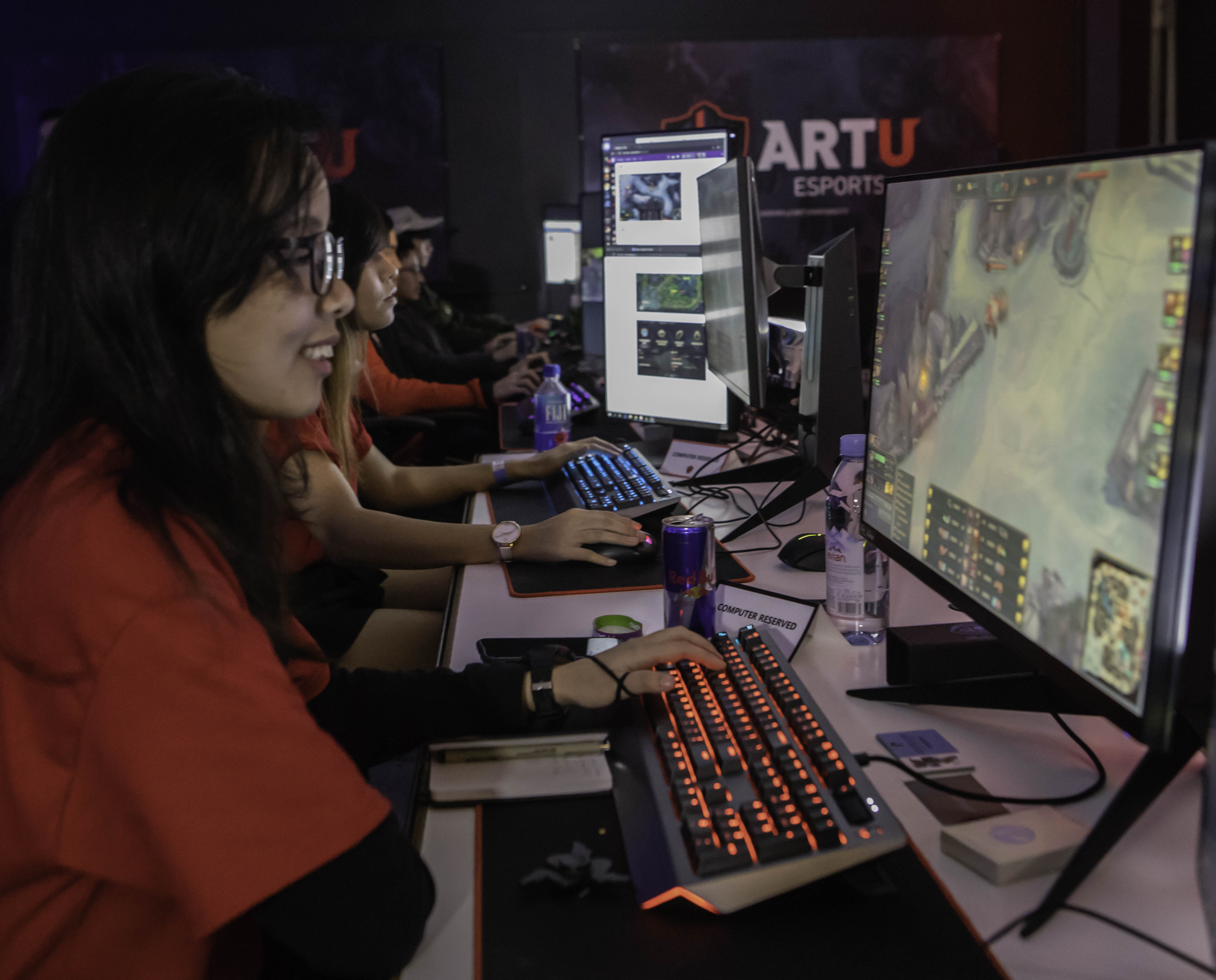 “We really practiced a lot, so, at that point, it was just second nature what to do,” Byczko said. “Most of the fights, there were some shaky parts but we knew how to adapt to it. We knew how to play around it so it just edged out better.”

Their next match against SFSU A went down to the wire in a close four-round match. Though Art U Onyx ultimately fell to the Gators, it was by far the most exciting match of the day and Onyx coach Dave Camicia beamed that his team went down fighting.

“I’m so proud of the level of competitiveness they’ve been able to bring out of themselves,” Camicia said. “Especially when they’re on the back rope like that, down 0-2 in a best of five, and able to squeeze out a win and begin a reverse sweep, at the very least. They didn’t let themselves crumble.”

Art U Ruby claimed their second round spot with a textbook defeat of the Sacramento Stingers. Coach and tournament production manager Victor Pothikan said the Ruby squad had been playing together since the start of the Fall 2018 semester, so communication was a huge part of their strategy.

“Communication is key in every sport and game,” he commented. “So as long as they’re communicating well and following up on the calls that are being made by the designated shot callers, things should go relatively well as planned.” 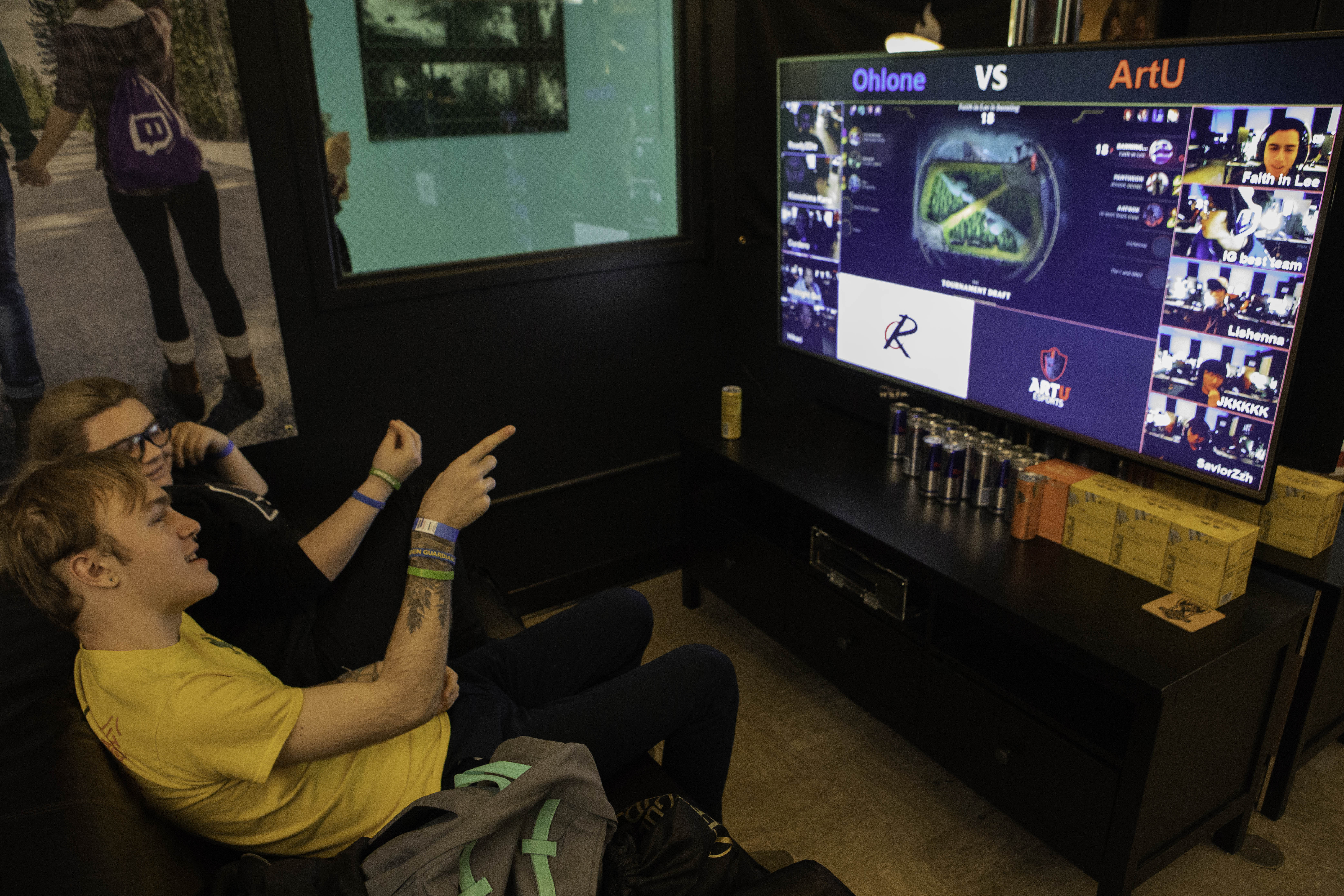 Art U Ruby ultimately fell to SJSU, who went on to claim the championship title over the SFSU A team. Though the Gators held their ground against the Spartans through three matches, it was SJSU’s pressurized offense that sealed the sweep and crowned them NorCal’s best.

“It feels good to win and it just shows that our school really is here to stay,” Caro said. “We want to show we’re a powerhouse in all games.”

According to School of Game Development Technology Coordinator Michael Witzel, the NorCal Collegiate Open was just as much about community as it was about competition.

“Bringing everyone to a central location is very key to building this community,” he said. “It’s taking that anonymous factor out of playing online and you get to see the person face-to-face. Live events like these make for better people and for a better community.”

Golden Guardians, San Francisco Shock, and Esport-Management sponsored the event to provide giveaways and prizes. Katherine Amoukhteh, VP of US Operations for Esport-Management (a web platform that helps young gamers get good enough to play at the higher levels), believes esports could be a new pathway for high schoolers to get into college. 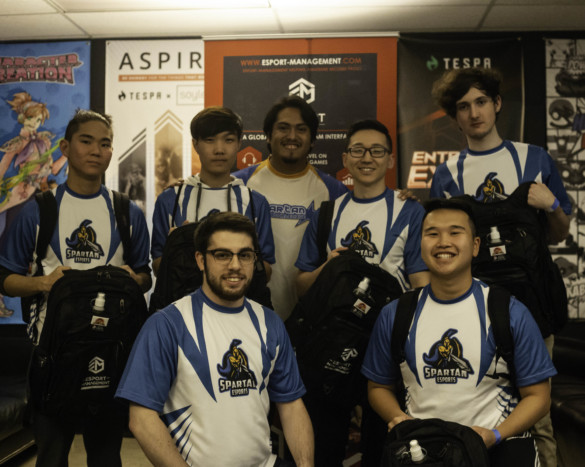 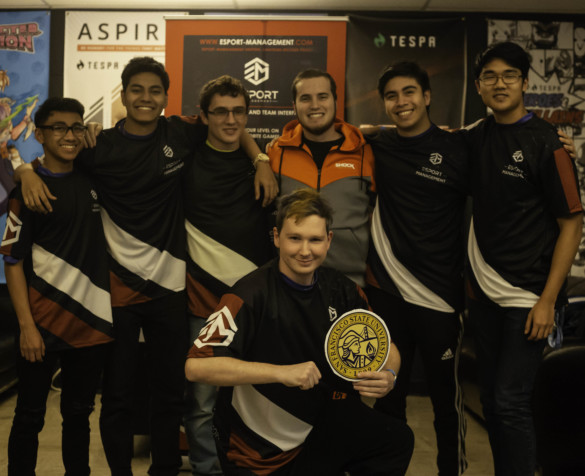 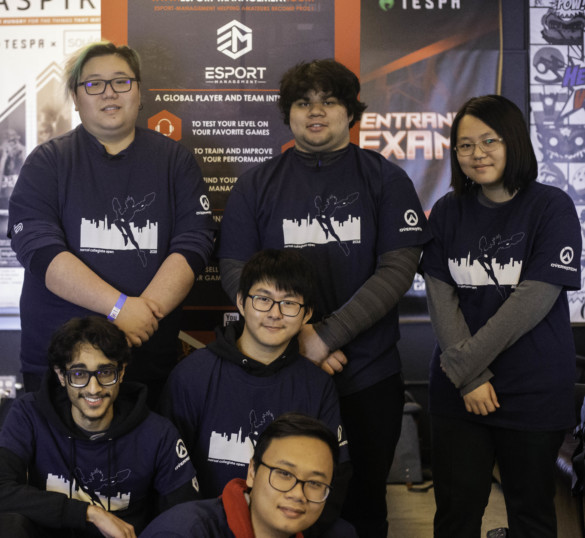 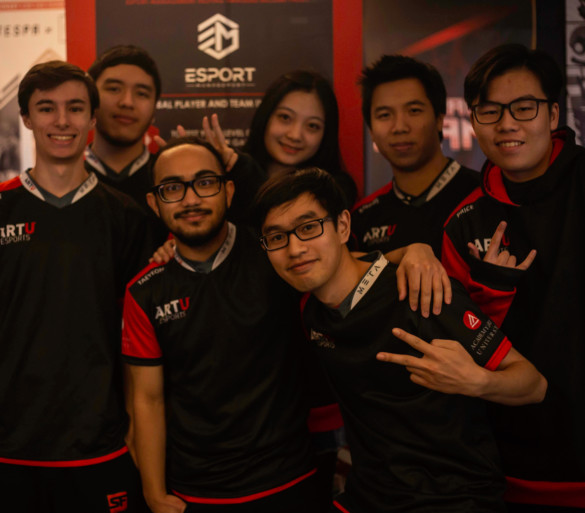 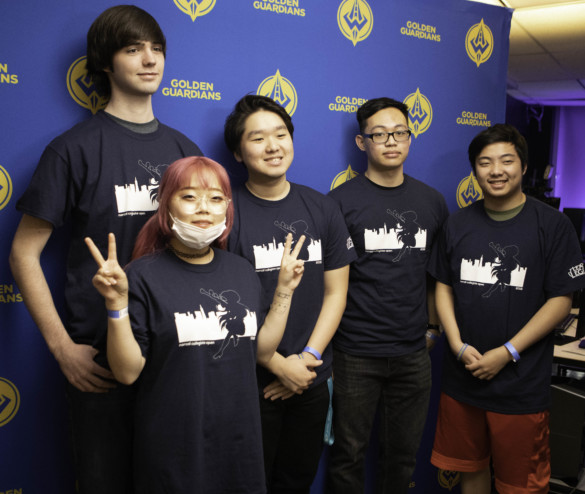 “As an ex-high school teacher, I feel that esports is an avenue for students who may fall through the cracks otherwise,” she said. “They’re not the jocks, they’re not the straight-A students, but they’re really good at something and finally there’s a population that recognizes their skill and appreciates it.”

To Witzel, esports and events such as the NorCal Collegiate Open, opens the door for many students, not just players, into the esports ecosystem.

“With us here at the Academy, we don’t just have people playing the games, we also teach the production behind it, how these productions are being created, what’s going on behind the scenes,” Witzel explained. “There are jobs out there for esports and it’s not just playing the game.”