As the two industries grow closer, the Schools of Web Design & New Media and Advertising provide students with cross-industry opportunities

At the top of the Fall 2018 semester, the Schools of Web Design & New Media (WNM) and Advertising (ADV) announced their partnership in response to the growing overlap between the two industries. The result of this new alliance was showcased at the Fall 2018 Ideate Conference, where industry professionals review portfolios to provide up-to-the-minute industry feedback while also potentially scouting the emerging talent from Academy of Art University.

“We’re pals from WNM from way back, and so we knew [Ideate] was a very successful, very popular event,” said ADV Associate Director of Art Direction & Industry Development James Wojtowicz. “As soon as we heard that we were going to be neighbors, it was early in the planning to be part of [Ideate] as well and to expand on the success of it.” 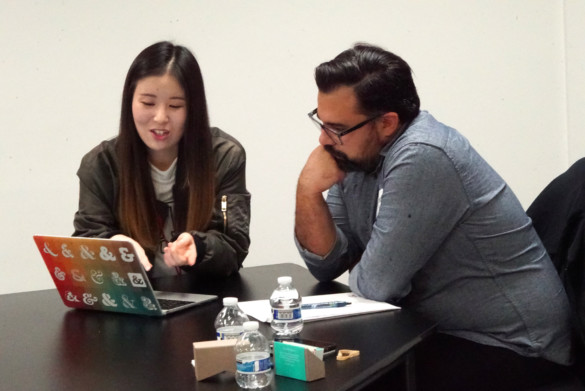 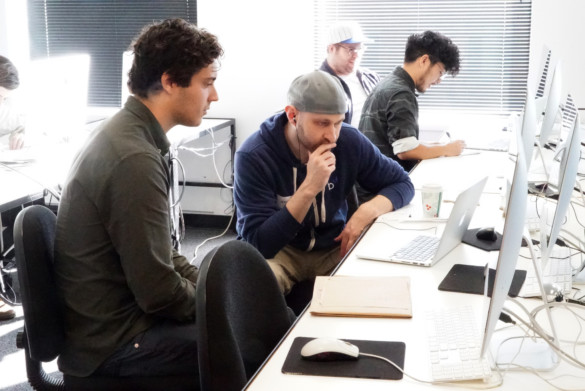 This year’s Ideate was a day-long event that included not only portfolio reviews but an alumni panel, tech showcase and a tutorial presentation from Red Giant, a software company. Held on Dec. 7 at 180 New Montgomery, WNM and ADV students alike were primed to meet with tech giants such as Airbnb and Lyft to ad agencies big and small, from BSSP to Heat.

According to WNM Associate Director DC Scarpelli, this new Ideate “exposes both sets of students to the other side of the aisle,” where ADV students can meet with tech companies who may need copywriting or art direction, and it gives a chance for WNM students to interview with agencies on the advertising side who may need UX, visual, or product designers.

Ayanna Harris, an M.A. ADV student, initially planned to meet with ad agencies such as Bonfire and Pereira O’Dell but was also open to speaking with a tech company rep for a new take on her portfolio and prospects as an art director.

“When you’re in your advertising bubble, you all look at the same stuff and we all have the same guidelines,” she explained. “But if a different company from a different [industry] sees it, then it’s just another perspective to receive. It just opens your eyes to more possibilities.” 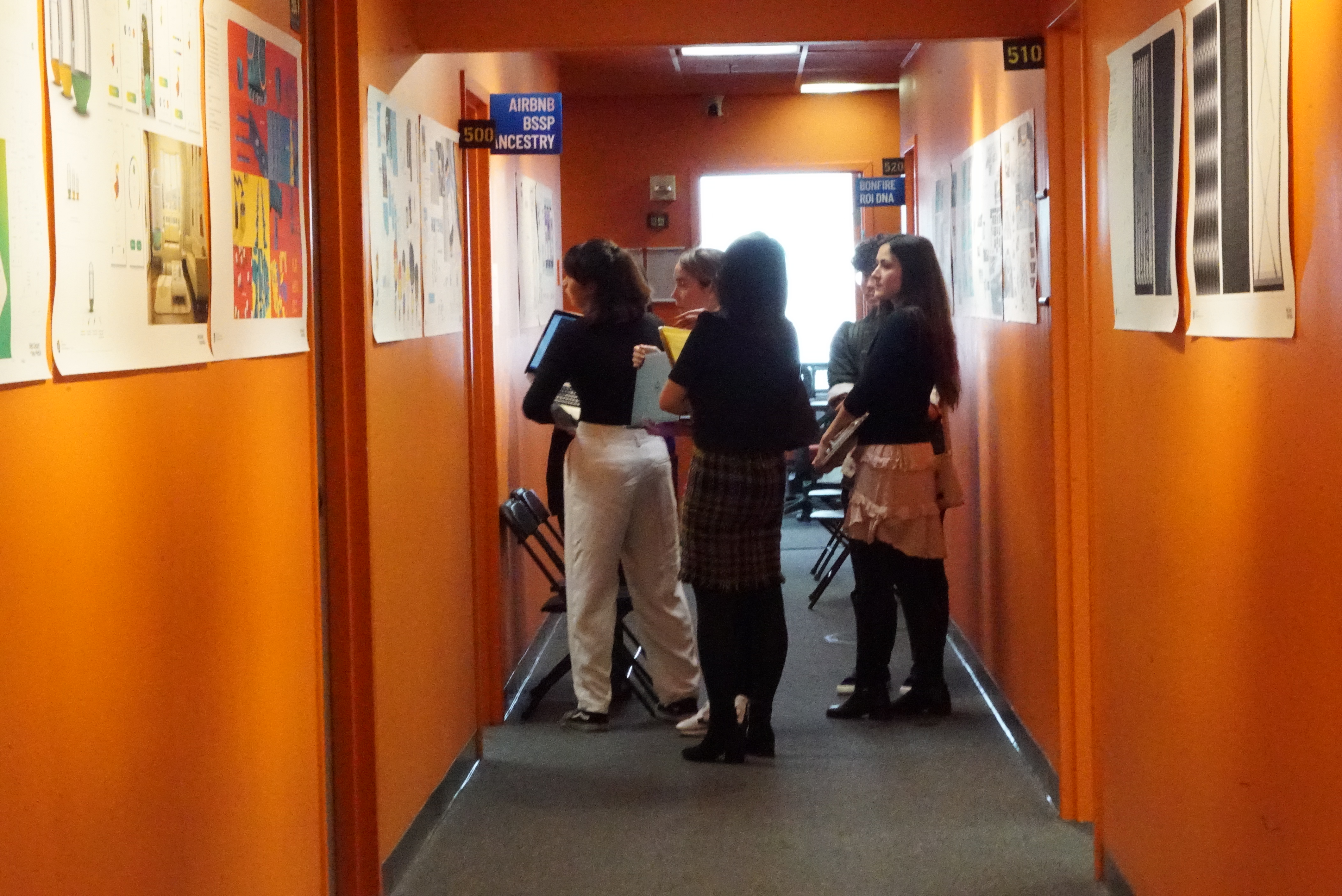 Chris Gray, a B.F.A. WNM student, however, sought more pointed feedback and critique. With graduation only weeks away, he preferred meeting with individuals who currently do the design work he wants to pursue in the future.

“I’ve been pulled in every direction on what to do and what not to do,” Gray remarked. “So it’s nice to hear from a professional company that’s very successful and hear what they have to say about my projects.”

While current Academy students see Ideate as a potential entryway into the industry, many alumni return to Ideate to impart the real-world knowledge and experience they’ve gained as professionals. Many of the alumni viewed their participation as “paying it forward,” especially for 2016 M.A. WNM graduate Angela Alarcon, who actually got her UX lead job at Ancestry through a connection she made at Ideate. 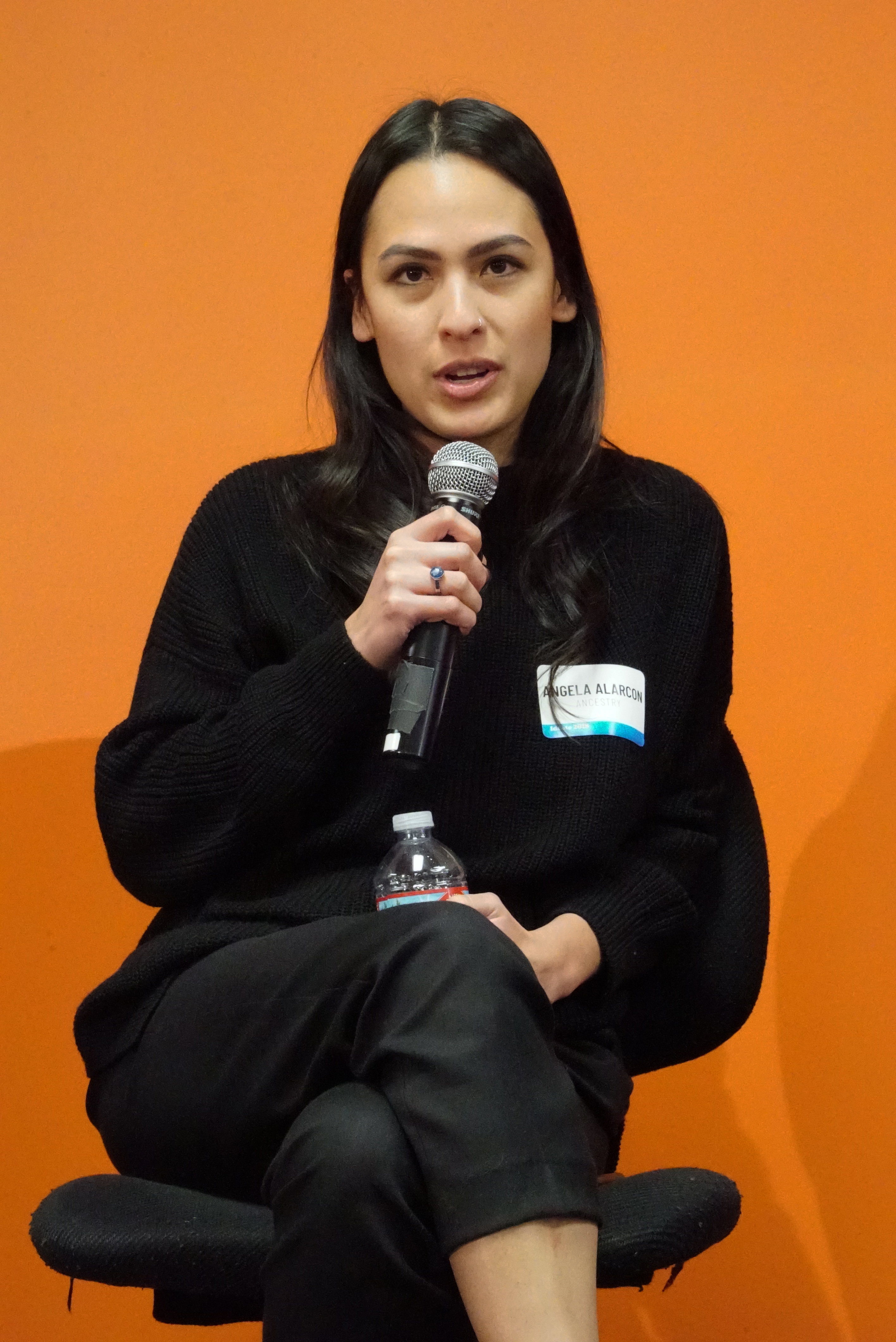 Academy of Art University alumna Angela Alarcon was a member of the guest speaker panel during the Fall 2018 Ideate Conference. Photo by Bob Toy.

“It was this slow buildup of a friendship,” Alarcon said as part of the alumni panel, exemplifying to students how relationships are what ultimately leads to opportunities. “Before I even got that job I was at career events, Women in Tech, The Expat Woman, mentoring events, mak[ing] friends with recruiters and asking them out for coffee. I wouldn’t ask them for a job, I would ask them to see my work and want to know what they think.”

Moderated by Wojtowicz, the panel of Alarcon plus Argonaut Associate Creative Director Shravan Hegde (2010 M.F.A. ADV), Heat strategy coordinator Rochelle Stephens (2017 M.F.A. ADV), Amazon UX designer Jessica West (2017 B.F.A. WNM) and Palo Alto Networks Creative Copywriter Thomas Murphy (2016 B.F.A. ADV) discussed their individual backstories and respective industries so candidly that students began to press them for more forward-thinking topics. One student asked how the current political climate could impact international designers; another considered the likelihood of robots and artificial intelligence taking over creative jobs in the future, which Hegde reassured, “Designs that machines do are perfect; what we do, we make imperfections beautiful and that can never be replaced by AI.”

To round out Ideate Fall 2018, the Tech Showcase featured projects that explored the intersectionality of art, design, and technology through the Interactive Physical Systems (WNM 725) and Generative Art & Code (WNM 498) classes. A few examples included thesis projects where music converted into data, a water bottle that reminded you to drink more and a virtual reality experience that simulated a classroom presentation.

“We’re thinking about applications for this technology in the same way we use anything in our design process,” explained WNM Motion Graphics Lead Colin Sebestyen. “Any of our design products that we’re building here at [WNM] can be used for education, experiential, not just entertainment or games.” 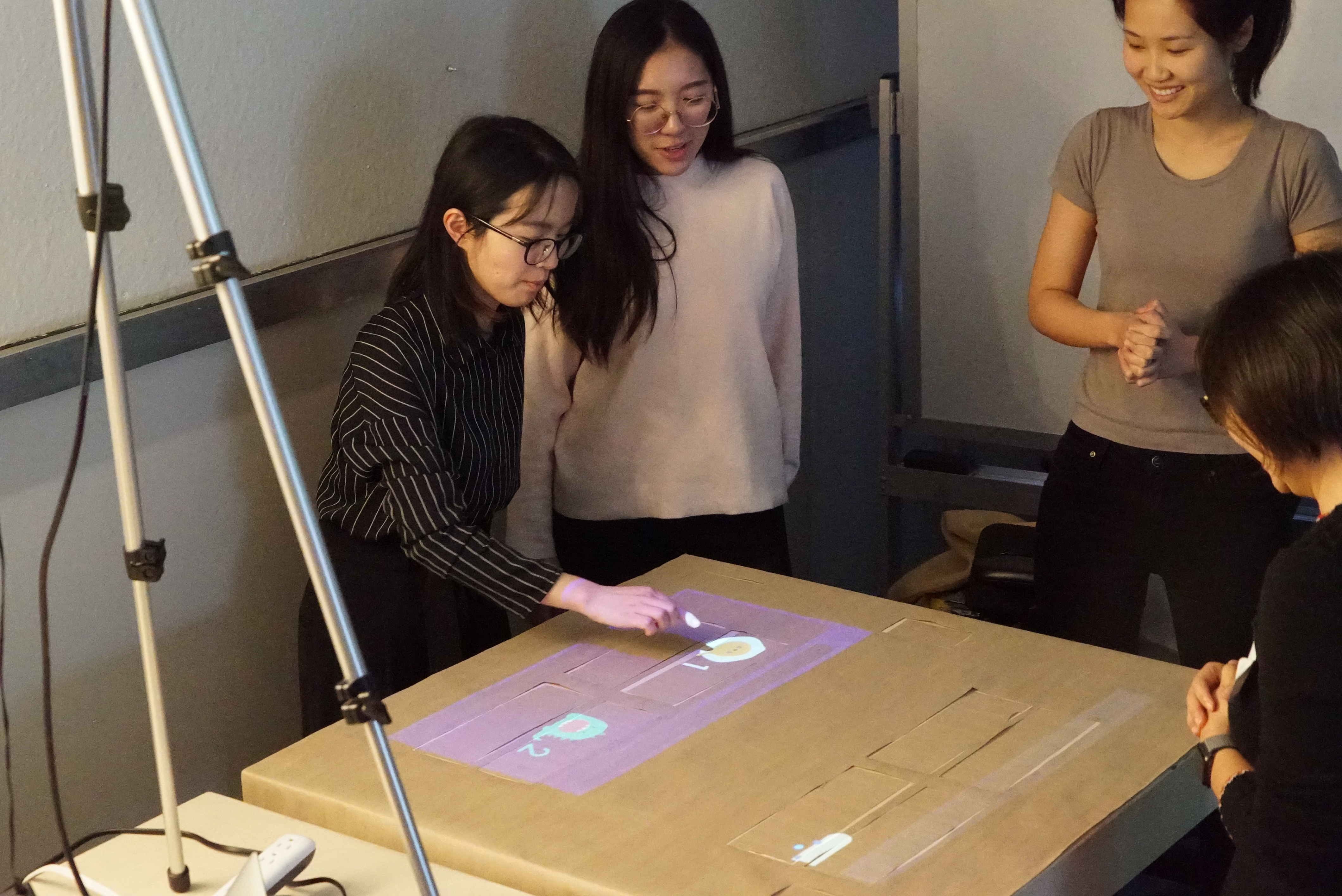 Ideate is all about feedback for those involved, from students to faculty to alumni. Sebestyen said the presence of companies such as Red Giant (who gifted motion graphics students with a complete plugin suite following their presentation) helps “attune the curriculum to the needs of the industry,” to which Wojtowicz shared a similar sentiment.

“An event like this showcases the talent of our students but also puts the school in a really good light that we’re reaching out and we’re taking steps to make us relevant and in the front seat,” he explained. “We want industry people to consider first round draft picks. That’s how we like to look at it because we have such a deep pool of talent here, it’s a great opportunity to showcase that.”