“Are you wondering where you’re at, and what this thing is that we’re doing? It’s Pitch Night,” host and School of Animation & Visual Effects (ANM) Storyboard & Pre-Production Lead Gil Banducci said, taking the stage to kick things off. “You have been preparing for a while, growing ideas for potential collaborative projects within our department. So, we are going to begin tonight with one and I will let you take it off.” 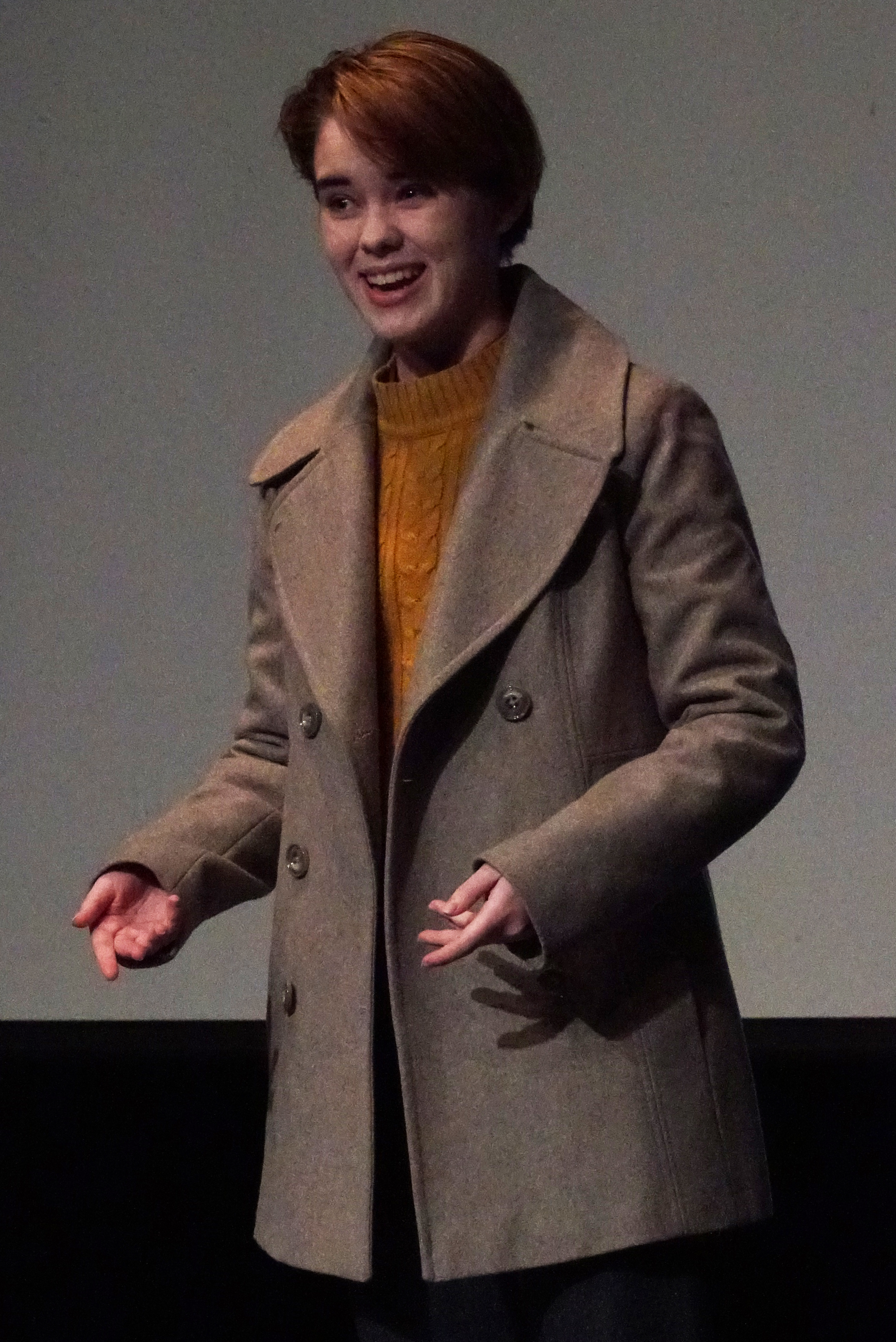 Each short film explored different themes and boasted an imaginative and original premise. They were either very cute, very funny, or, more often than not, a combination of the two. An audience of peers and faculty members provided questions and encouragement to the students onstage, letting the filmmakers divulge their production plans, influences, and personal interests.

“La Divina” by Elmira Rajabova was the story of a young girl auditioning a bold opera performance to a stern conductor. The maestro rejects the previous two male contestants’ traditional take on the piece outright, but is overjoyed at her nontraditional rendition: a dubstep remix.

“I really, really love opera, and, unfortunately, people my age, they don’t like it,” Rajabova said. “They prefer dubstep, so I wanted to make a mix of the two.”

Corbin Ary’s “Different And The Same” is both a short film and a PSA. According to Ary, “It’s supposed to be kind of a message for children. I guess it’s teaching them to not discriminate to all the others.”

The story revolves around two child shapes, Square and Circle, who enjoy sitting outside and drawing together. One day, their prejudiced parents find out about their friendship, and separate them. Shape-inspired puns ensue, like, “Squares are nothing but trouble. They’re so edgy,” and “I don’t want to see you anywhere near the radius of that circle, son. There’s not a right angle within them.” However, young Square and Circle decide that their parents’ ignorance is misplaced, and resume their friendship. Tess Powell drew from her love of ballet to create “Necrodonna,” where the soul of a deceased woman magically dances her way back to life in her former lover’s apartment. Powell pulled inspiration from three different ballets: “Frankenstein,” “Cinderella,” and “Swan Lake.”

“What really inspired it was when I started taking ballet in the city. My teacher teaches you how to dance by teaching you kind of about anatomy,” Powell explained. “And in a certain weird way, I really was like: how can I express this idea of movement through animation? And so this is how I decided to do it.”

Andrew Adams went in a more “Ren & Stimpy” and “Dexter’s Laboratory” inspired direction with “Operation Mailman.” “Over the past semester, I created a short film about a mailman who’s trying to deliver a package, but something gets in his way,” Adams explained.

That “something” is a maniacal dog who persistently attacks the poor postal worker with creative robotic contraptions every time he steps into the front yard. Adams is also taking a unique approach to the animation’s artwork.

“The characters are going to be traditionally drawn, whereas the elements like the giant robot and the mail truck are going to be 3-D. Kind of like ‘The Iron Giant,’” he explained.

Emma Williams’ “Restored” was inspired by her love of art restoration. The protagonist is a woman in a painting that, one night, is stolen by a group of art thieves. She’s lost over and over again, and falls into disrepair before the right person finds her in a dumpster and gives her a proper restoration.

“The concept for this story is: no matter how many bad things happen in life, you can always get by with a little help from your friends in the end,” Williams said. 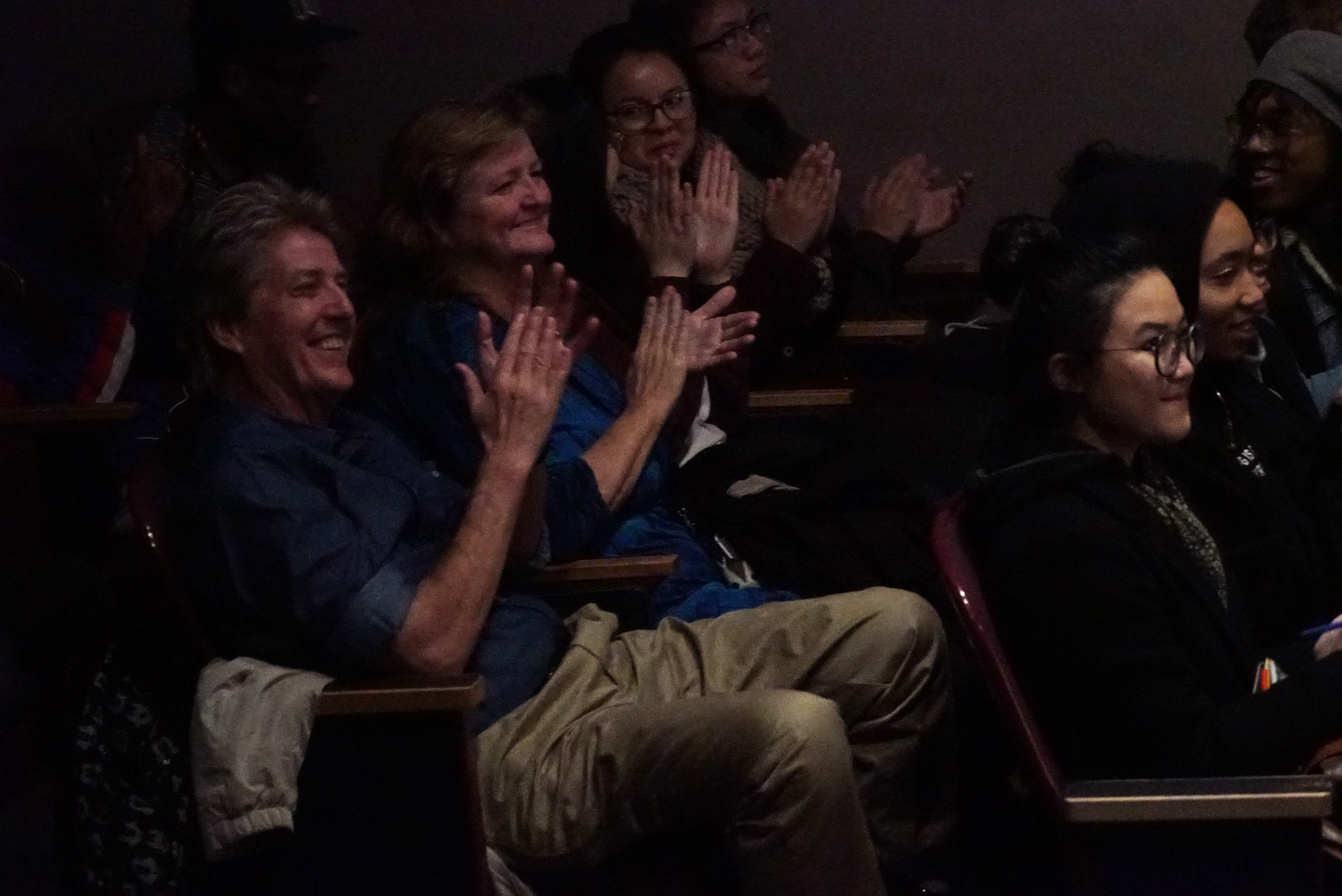 Mark Bredall’s short is called “Mei Lee,” and “it follows the story of a nine-year-old Chinese-American girl, who goes to school and faces prejudice from school bullies,” he said. “The short itself also has a touch of magical realism, where the girl has two imaginary friend cats that go alongside her throughout the day.”

The story is inspired by a folktale about “someone with two dogs in their heart, and whichever one you feed is the stronger one.” The story’s themes included self-pride and having confidence in yourself, because “that’s the main thing that the main character is mainly troubled by … when she’s struck down after feeling so confident in herself.”

Last but not least was “Louie,” a short written and produced by a group of students who were forced to withdraw from October’s 24-Hour Animation Contest due to technical difficulties. Thankfully, they bounced back with an also 10-minute long animation about a bullied polka-dotted chameleon discovering his own self-worth.

Neither Studio X nor Catherine Tate have decided which animated feature will receive their work and attention, and there are certainly some tough choices to be made. No matter what the outcome, Pitch Your Story Night was a strong showing of Academy talent from every student involved.