The student-run UrbanKnightsRadio.com gives Academy students valuable experience and an inspiring platform on which to air their ideas and passions

UrbanKnightsRadio.com (UKR) has been Academy of Art University’s go-to source for the latest tunes and talking points, becoming one of the top three streaming college radio stations on iHeartRadio. Amassing over a quarter of a million listeners every month, the student-run station works to deliver fresh content under the tutelage of founder and School of Communications & Media Technologies (COM) instructor Matty Staudt and its program directors, including UKR’s newest lead, Noa Daniels. 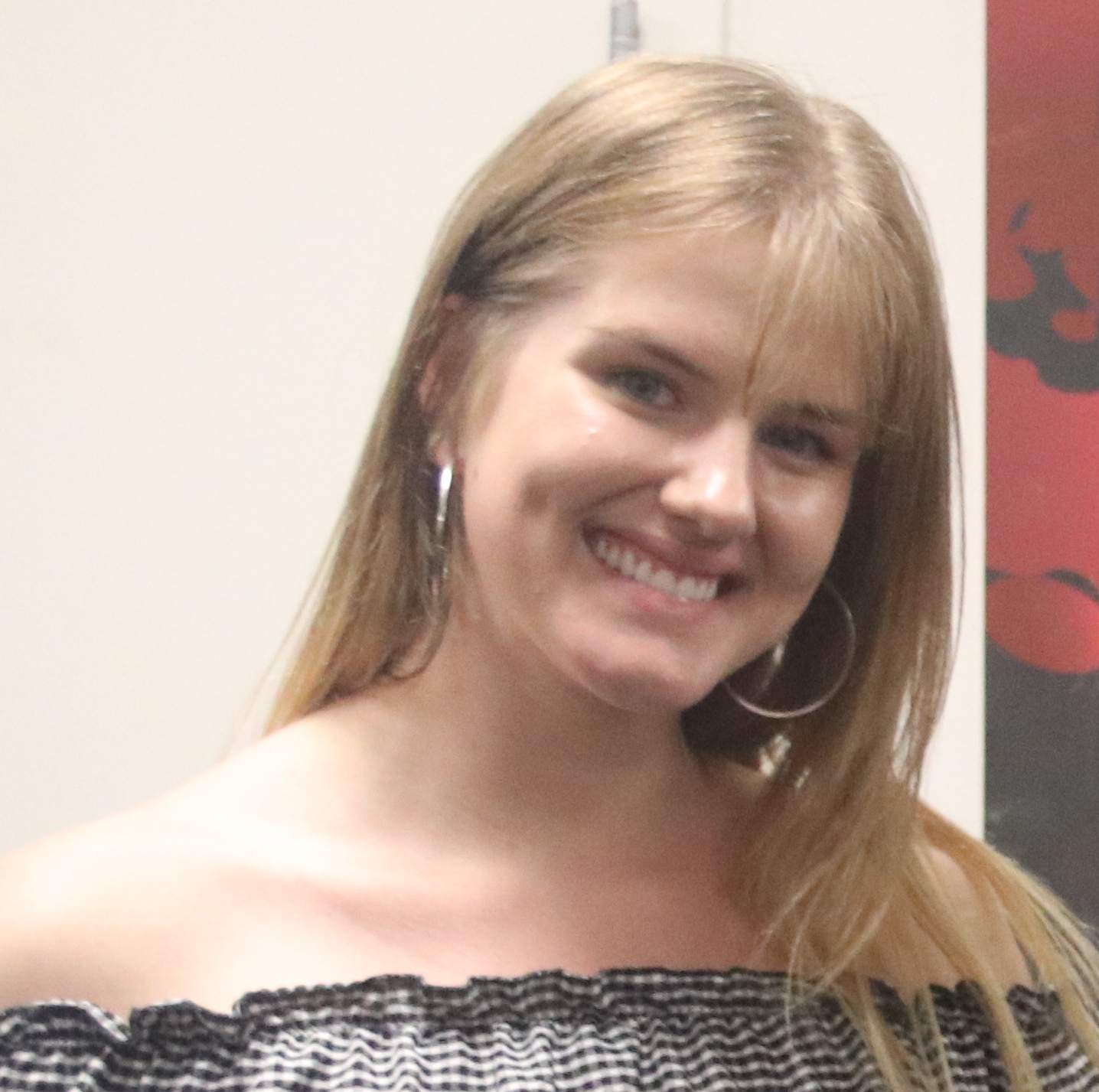 Last semester Daniels was one half of two Noa(h)’s as the assistant program director to COM alumnus Noah Rivers. She said Rivers taught her the importance of “sticking to her guns,” to trust her gut when it comes to getting things done under pressure: “When you’re working down to the second, on the clock, that teaches you to be so precise and so ready for anything,” she said.

Daniels’ show, “The Nosy Show,” is based around women’s issues and empowerment. As the first woman to be UKR program director, Daniels wants to set the tone that anyone, but especially women, can hold a high position within any company, any brand, any industry as long as you work hard.

“One day across the board, we’ll all get there, where I’m not the first female program director, I’m just a program director,” said Daniels. “I want to make it normalized that a girl can do just as good of a job as a guy.”

Daniels oversees a cast of hosts and shows that cover everything from songwriter backstories to contemporary Afropop. Read on to meet some of the students that rocked UKR airwaves this past semester. 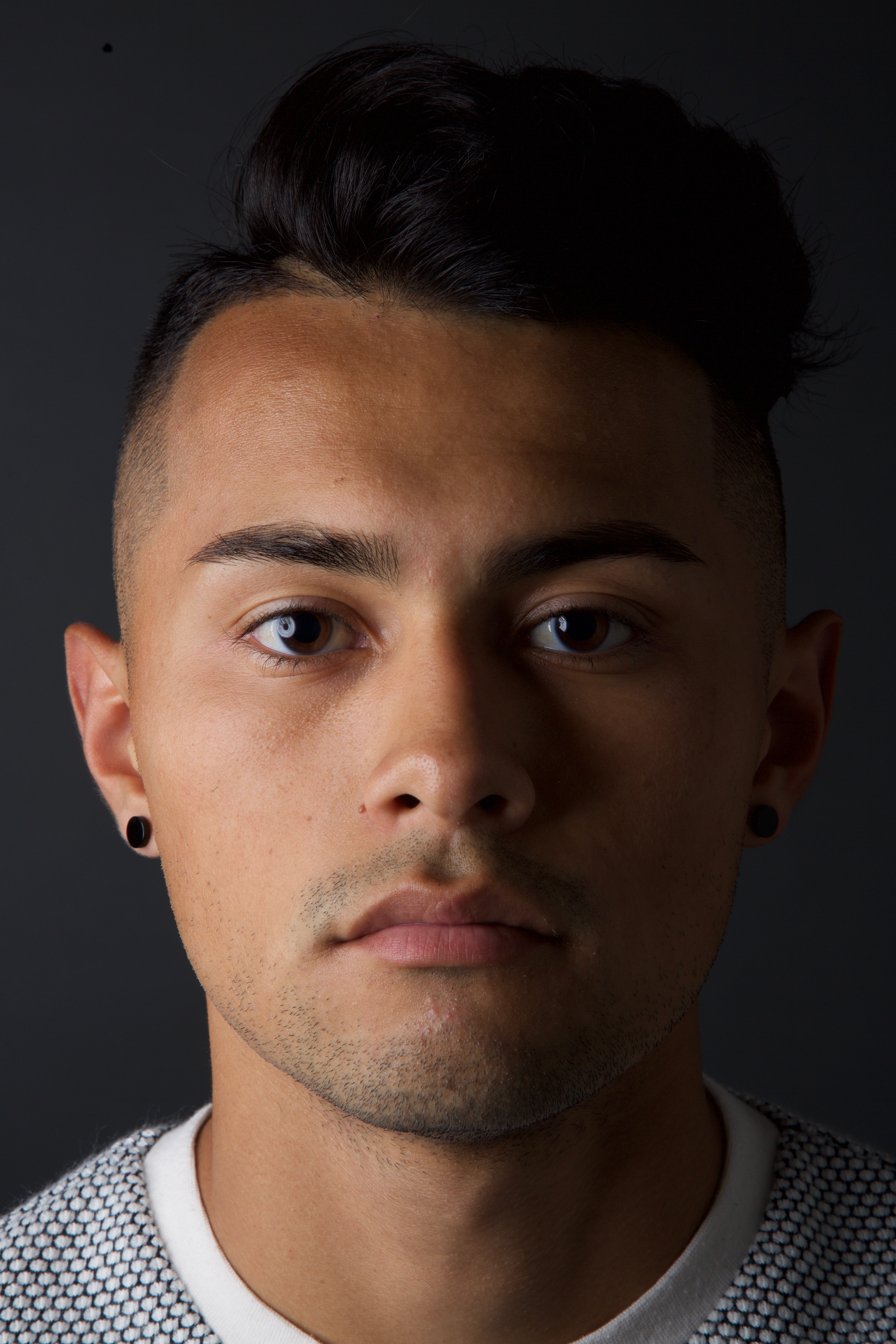 About Jonathan: Born in Los Angeles and raised in Fresno, California, Jonathan Navarro moved to San Francisco to play soccer for ART U Athletics. His UKR show, “In-n-Out Your Feels,” features music to “put you in your feels” with lovey-dovey R&B and hyped up hip-hop. Navarro hopes listeners are put on to new sounds and artists as he also develops his own presence on the airwaves: “What I hope to get out of my UKR show is finding my on-air personality and allowing it to shine through so that listeners come back for more than just the music,” he said. 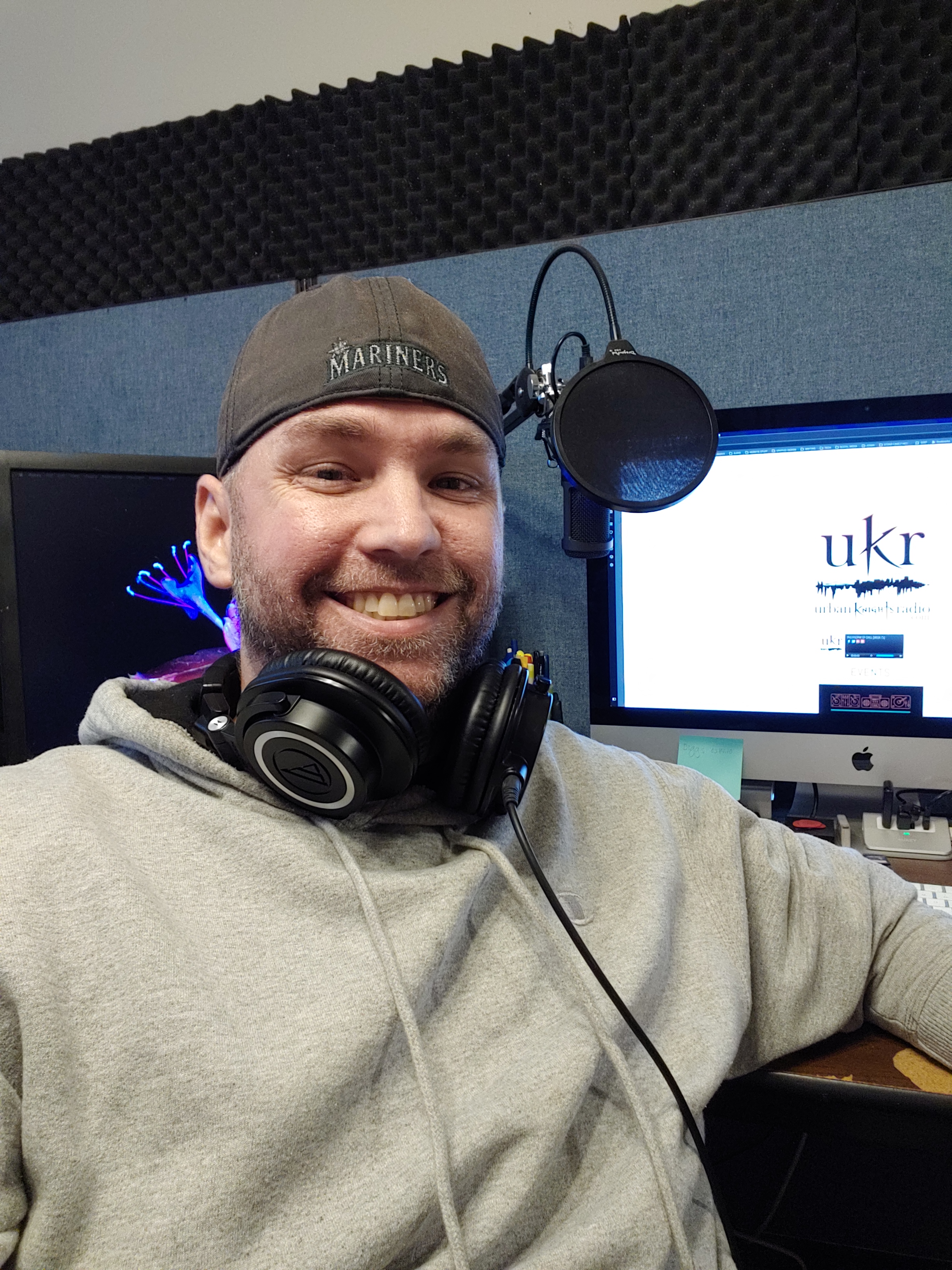 About Joe: It took some serious soul-searching for Joe Stone to realize he wanted his career to go in a creative direction. After spending 15 years in the Army as a mechanic, he was medically discharged and bounced around to a few different jobs before deciding to invest in his education. COM core classes expose undergrads to different media technologies and it was

Introduction to Radio/Podcasting (COM 150) that sparked Stone’s interest in radio: “I was surprised how much I enjoyed it,” he said. This semester, Stone brings the throwbacks to UKR on Monday, Wednesday and Friday afternoons with “‘90s or Nuthin’,” a tribute to one of pop music’s most beloved eras, from Tupac and Janet Jackson to Nirvana and Portishead.

Stormy Montana Hosey | Show: “In the Round” 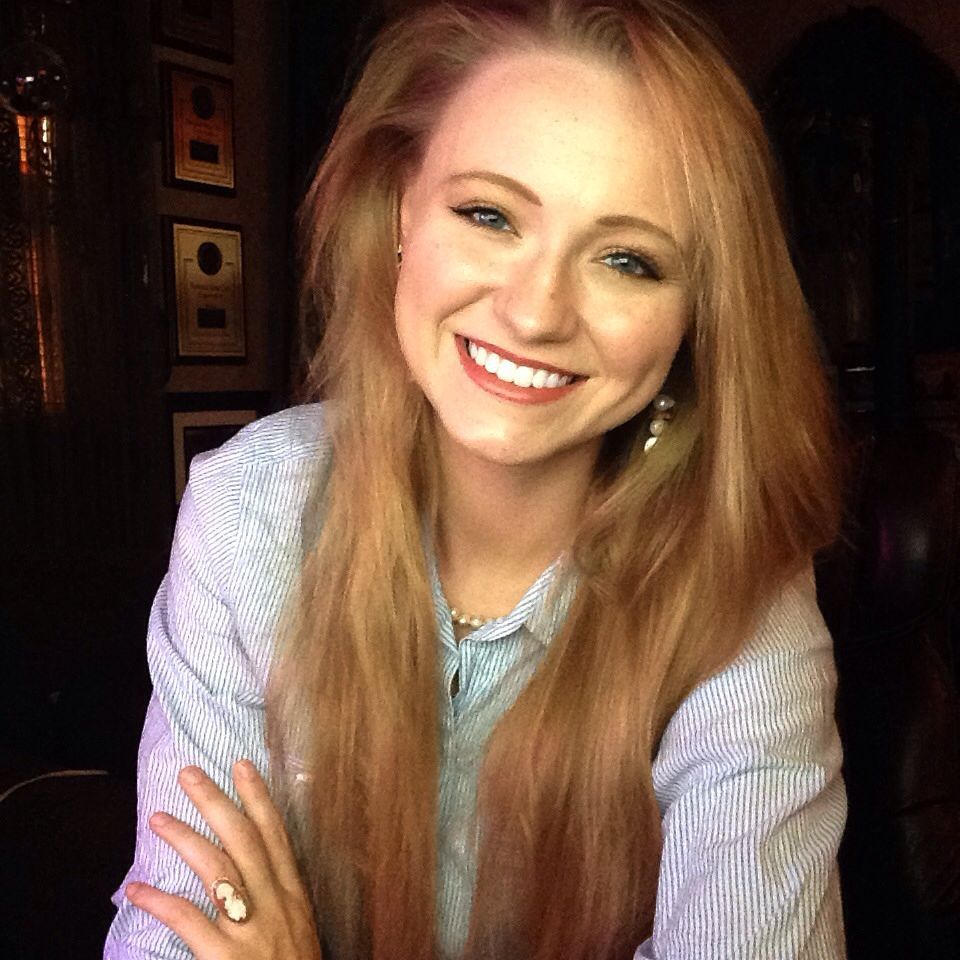 About Stormy: Stormy Montana Hosey brings a little bit of Music City, USA to UKR. Conversely, Hosey’s morning show, “In the Round,” shifts focus from songs themselves to the stories behind the music and musicians she loves. A School of Music Production & Sound Design for Visual Media student and Nashville singer-songwriter herself, “In the Round” is modeled after Nashville writers’ rounds: “Usually everyone is sitting together, singing songs and talking about the songwriting process or the backstory behind it,” she explained. “I wanted to do a show in a similar format, talking about songwriters and songs, to call attention to the lyrics and content of the songs and tell the story, the intention behind it, something interesting about the writer.” 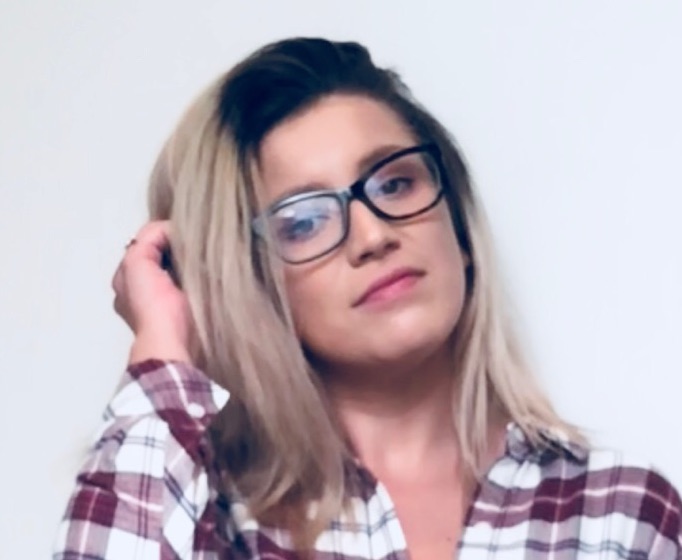 About Monique: Audio came naturally to Monique Nethington, host of UKR’s night owl segment, “Urban Knights After Dark.” She’s still adjusting to hearing her recorded voice but enjoys putting music together and coming up with different ideas. “For me, audio is like reading a book,” she explained. “You’re listening to this person talk or tell a story and you’re able to create whatever visual you think is happening. It would be different for each person.” Listeners can envision R&B’s storied history when they tune into “Urban Knights After Dark,” as Nethington celebrates the beloved genre, from its storied ‘90s heyday (Ginuwine, Mariah Carey, and the late Whitney Houston) to the modern-day genre-benders, Billie Eilish, Kehlani, Khalid, and more. 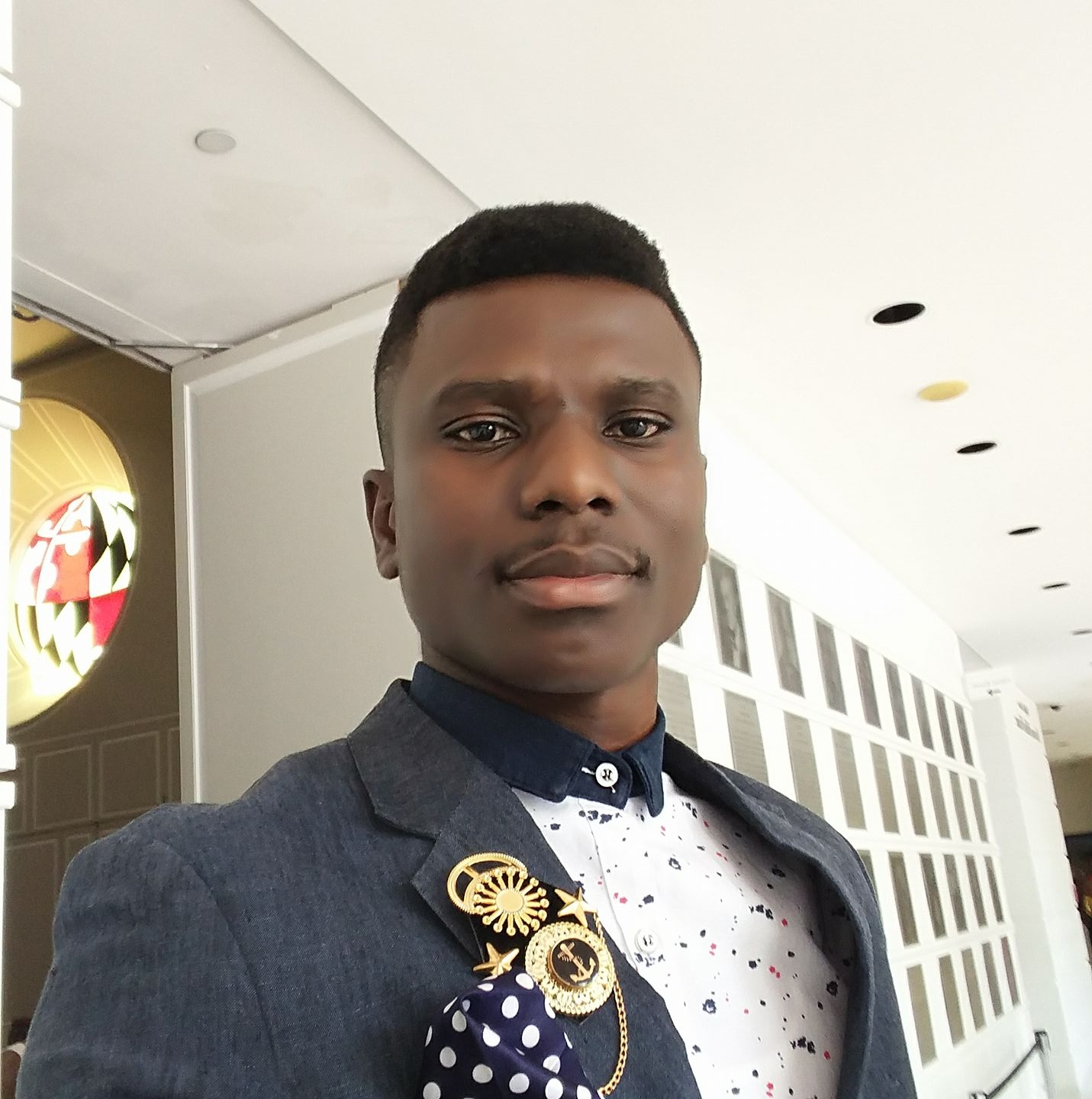 About Prince: UKR shows lots of love for hip-hop and R&B but Prince Amoah’s “Urban Mix” segment extends that appreciation for black music to his home country’s Afropop sound. Originally from Ghana, Amoah arrived at the Academy already armed with a TV show and a mission: to spread West Africa’s budding contemporary sound. “Afropop has become the traditional music, flowing with a mixture of drums, kicks, and instruments commonly used in Africa, but sounding like hip-hop,” he explained. Already making splashes in his local Washington tri-state area, Amoah hopes his “Urban Mix” proprietary can extend its reach to the San Francisco Bay Area. “I want this show to make an impact to whomever it can reach, I want to help bring African music to the U.S. market.