When she moved from Beijing to San Francisco, Faye Hsu, then 23, was having a tough time finding work with her information resources management degree from China. U.S. employers just weren’t accepting the degree. She knew she had to start over, but, she thought, “If I have to start from zero, why don’t I study something I’m passionate about?” Having been in love with art and animation ever since first watching “The Lion King” as a kid, Hsu enrolled at Academy of Art University’s School of Illustration.

Now 32 and working as a senior concept artist at the online social gaming company Zynga, Hsu credits the Academy for helping her turn a passion into a profession. At Zynga for the past six years, she started as an intern while still a student and then went full-time once she graduated in 2012. And though she didn’t take any game design classes while she was in school, she quickly learned on the job, which she said was due to the fundamentals that she learned in her foundations department courses. 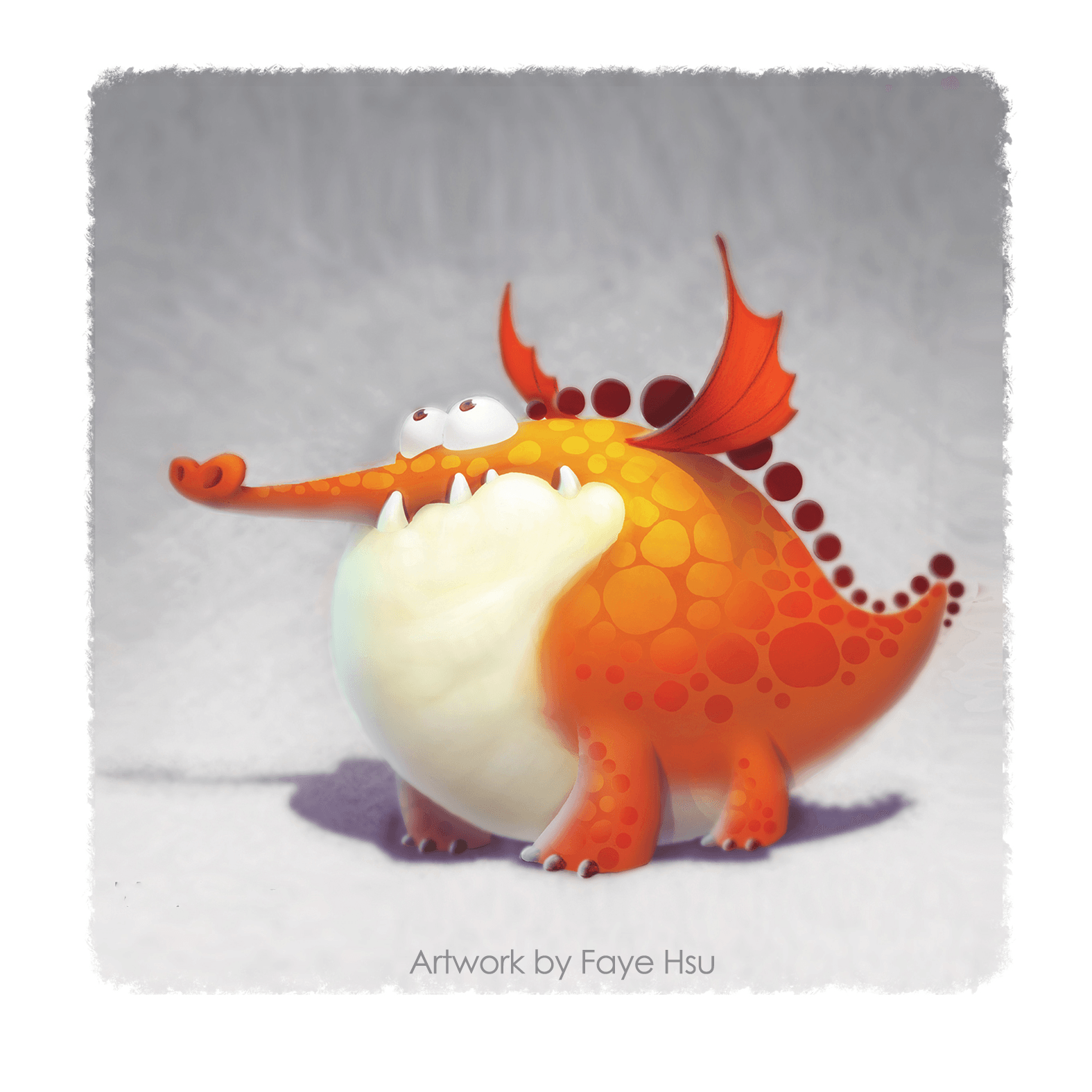 As a student in one of Nicolás Villarreal’s visual development classes, Faye Hsu created this dragon, “Mr. Wobbles.” Image by Faye Hsu.

Speaking by phone one recent morning from the East Bay, where she works from home (which she called amazing now that she’s a mom of two), Hsu recalled those first days of art school. “I remember I had to learn how to hold a pencil and how to use my arms,” she said. “My arms were so sore when I’d go home.” But unlike the exasperation she felt with her IT degree—“Four years and I didn’t know what I was doing there,” she said—she never once doubted her path despite what she referred to as the “three sleepless years” she spent in the program. As for the sore arms? “I’d just get over it,” she said now. “Yes, it’s tiring, but it’s not exhausting. You’re still happy inside.”

She credited her instructor Nicolás Villarreal, director of the School of Visual Development, who urged students to start a blog and post their artwork. Hsu said that one of the images she posted on Facebook got the attention of an art director at Zynga, who called up HR and asked them to contact her. A meeting over coffee led to an internship that led, once she completed her M.F.A., to a full-time position.

She said that Villarreal taught her “how to think not only about how to complete a class assignment, but how to think as a professional,” she said. “Look at the big picture.” See beyond the cool details of an assignment to focus, instead, on “how it all fits into a storyline, how it fits into the world of the character.” She insisted, “It can’t just be fancy lines on paper.”

And while she learned a lot while on the job at Zynga, she insisted that her foundations department courses set her up for success. Specifically, she pointed out the courses she took in perspective and oil painting, which she said were a favorite. “You need to think of every stroke of your brush,” she said. “It’s like sculpture.” She added that it helped her think in three dimensions and that her painting skills helped her quickly pick up digital skills. “It’s like learning to walk,” she said. “And when you can walk well, you can learn to run.”