Academy of Art University alumni from the School of Landscape Architecture (LAN) returned to the studio on Oct. 25 to take part in the panel discussion “Roadmap to Your Success.” Panelists shared stories about their path to a professional career, recounted their challenges at school and now at work, and offered their insights and their best advice for current LAN students. Alumni included Dan “Diana” Liao (M.A. ’17), Eric Arneson (B.F.A. ’16), Nahal Sohbati (M.F.A. ’17), and Yuening “Chloe” Pu (M.F.A. ’16). The discussion and subsequent Q&A were moderated by LAN Director Jeff McLane. 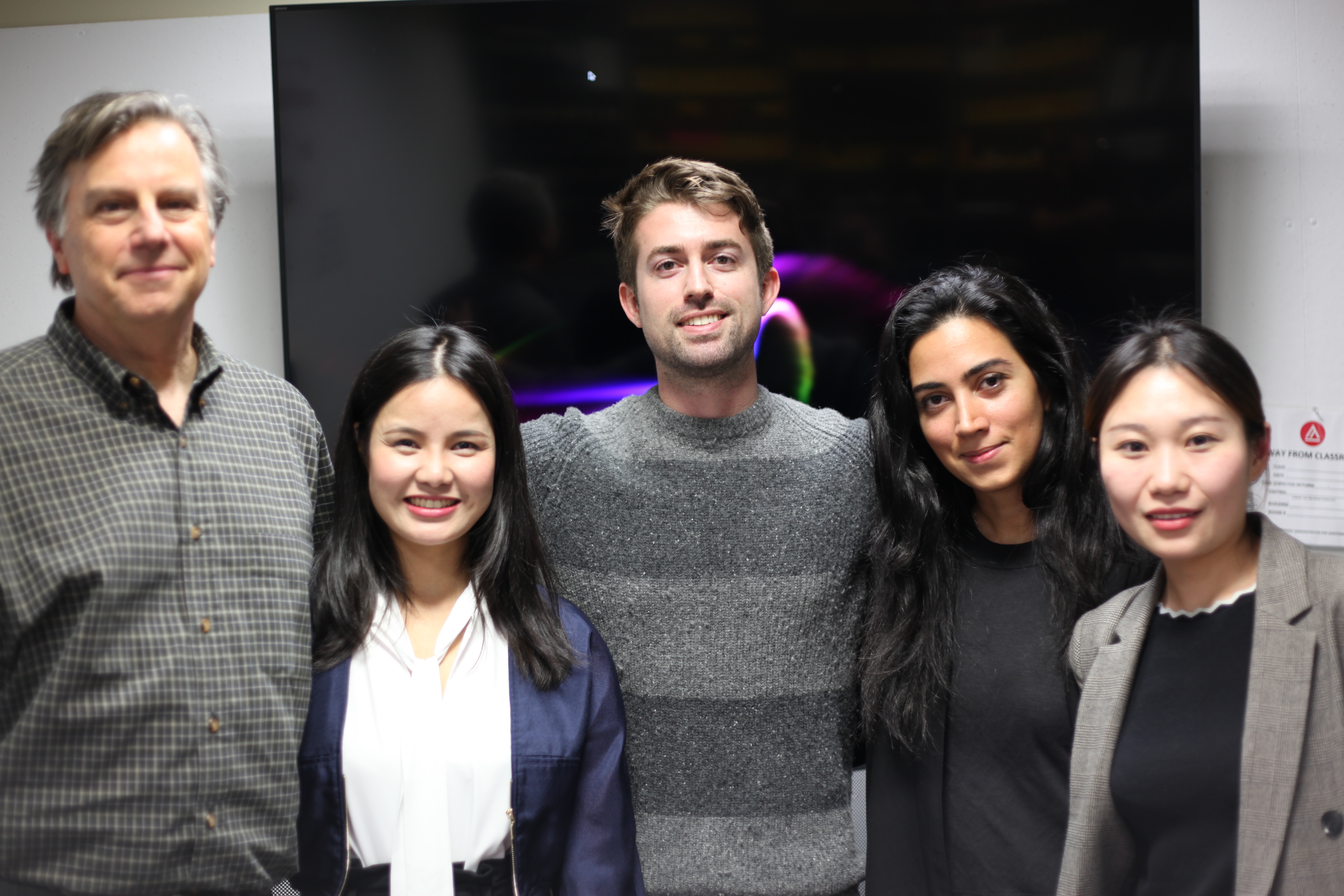 Nahal Sohbati, winner of the 2017 American Society of Landscape Architects (ASLA) Student Award of Excellence for Community Service, said her top advice for current students was for them to find their voice. Addressing the audience, she said, “School is a great time to create your own unique voice. Work on what truly matters to you and what makes you different.” She assured students that landscape architecture was a very competitive industry. “There are a lot of people out there who are really good and really fast. Whatever you can do, they can do better. That’s the reality. What makes you different is your unique voice, from the way you render things and the way you design, to the way you talk to people. Work on being yourself.” She insisted that this was what made her stand out from among a pool of 200 candidates who applied for an internship opportunity at CMG, the landscape architecture firm in San Francisco, which she got—and where she continues to work, now as a full-time employee.

Eric Arneson believes that landing an internship is key. As early as his first year, he worked part-time two days out of the week, not to mention working on his ASLA project in his last semester, for which he received the 2016 ASLA Student Honor Award in General Design. “I made it happen,” he said, recalling the challenge of balancing school and work. “You’re at school for a limited amount of time. You’re there to learn. School’s your priority while you’re there. But if you can get experience in real-time as a landscape designer as well as get paid money to help pay for your tuition—that’s a big benefit. You get your foot in the door as well as support yourself as a student.” And working, he pointed out, made the transition from an academic program to a professional career a lot easier. Arneson, who is a licensed drone pilot, a skill that he leverages in his work as a landscape designer, is currently working full-time at Toni Bava Landscape Architects in San Francisco.

Sohbati added that internships aren’t just about firms getting to know you, a student and potential employee. “It also exposes you to the different styles of various firms,” she said. “And it helps you decide which one you’re interested in,” once you start applying for jobs upon graduation. 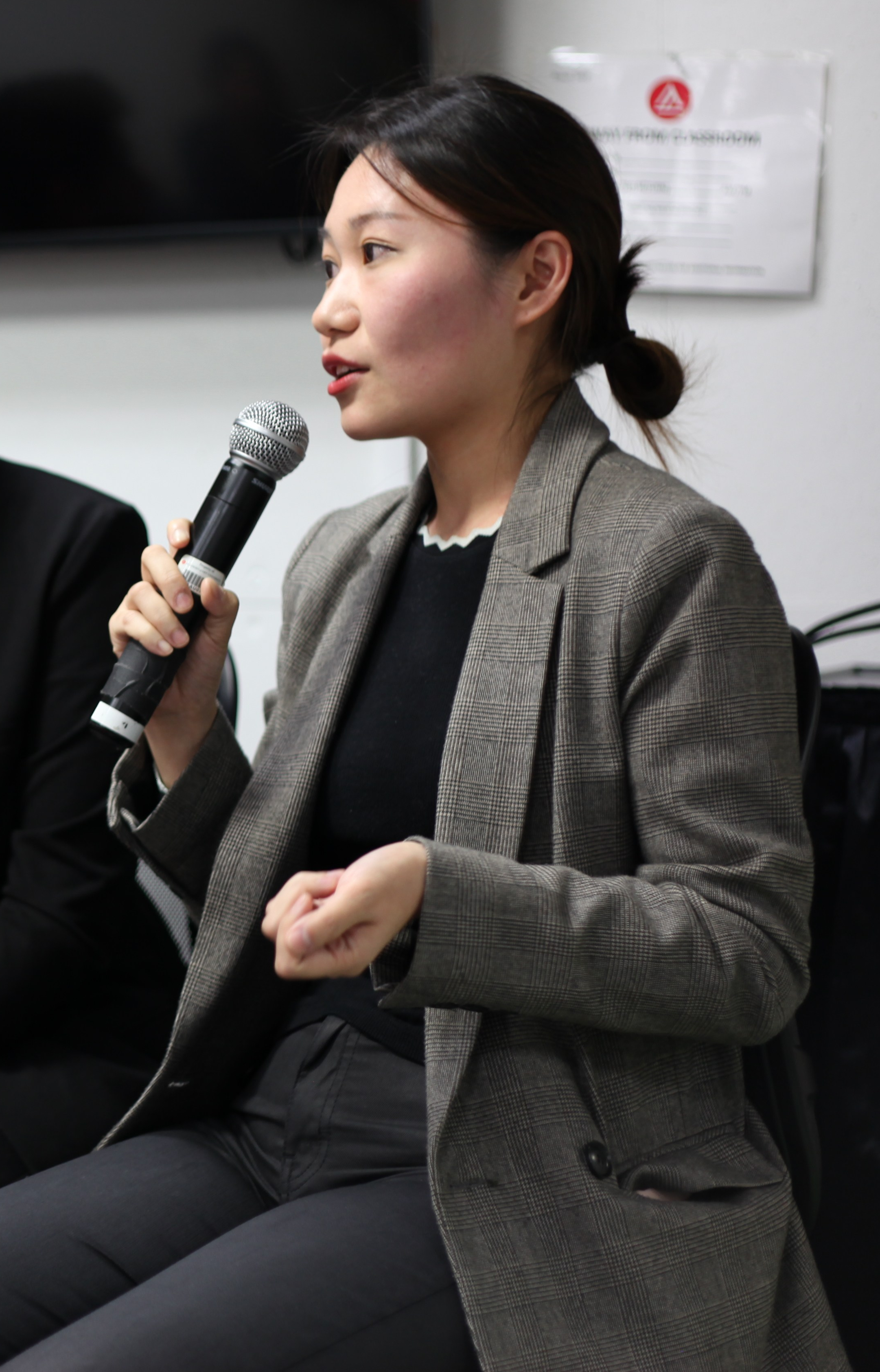 And while she is still working on this particular skill herself, Pu, who works at Terrain Studios as a landscape designer, recommended students work on getting organized, from learning how to manage their time to developing a system of arranging their work files, not only so that they can save time later when pressed to find one file or another quickly, but so that other members of their team will be able to easily follow and understand their process as well.

Echoing the invaluable experience earned at an internship, Pu said her internship helped a lot. While, admittedly, a supervisor guided her work at first, she was still able to see how her time was being managed and see how others around her managed their own time. “It’s a process,” she pointed out. “You learn.” She cautioned students against making a habit of crazy, unhealthy work schedules.

Liao offered that it was important for students to meet professional standards of the industry. For instance, in the six months that she was looking for a job after graduation, she went back to her portfolio and revised her work, reaching out to her former Academy instructors as well as the student career center, to get feedback on how to improve and revise her work. The effort paid off. She received three offers and now currently works as a landscape designer at Harris Design in Berkeley.

Whatever the challenge, Sohbati advised students to lean in. “Whenever you feel a challenge, it means you’re growing. You’re getting better.” She added, “Appreciate the moment and just push harder.”