The School of Game Development (GAM) at Academy of Art University has a pretty good track record with Blizzard Entertainment’s “World of Warcraft” (WoW) student art contest. For the seven years it’s been in existence, Academy students have won prizes in five of those annual competitions, including this year’s Environment Art winner, Zhuoyang Liu.

Liu, an M.F.A. game development major, is the 14th Academy student to take home an award and, more specifically, the third to win the environment art category. In October, students were invited by the WoW development team to submit original artworks fit for the game’s vast universe and various story arcs. Categories included environment, character, FX and animation and the winners were selected around mid-March.

“I’m a huge WoW fan and I do a similar style, so I knew I could create something that fits within that world,” Liu said. “I learned a lot from trying to make these scenes, so it was exciting to find out they chose me.”

“It was really clear that Zhuoyang studied [the] “World of Warcraft” art style and created a piece that looks like it could live within the world,” Parrott said in an email. “[He] created an environment with a clear focal point and nice focus on storytelling.”

Liu’s submission, titled “Yang’s Moving Bar,” features a small building sporting a barrel twice its size as its roof. The story behind the piece, Liu said, is about a Pandaren (WoW’s humanoid panda race) escaping the war, taking with him an alcohol supply to support his Pandaren predispositions.

According to Liu, story is just as important as execution when creating such scenes. As part of the prize pack, Liu was sent to Southern California along with the other contest winners to meet with Blizzard’s WoW teams and participate in one-on-one mentor sessions and portfolio reviews with senior artists. Most of their feedback was positive, Liu said, but special emphasis was made on composition.

“One thing I learned is that I should be careful in thinking about each element and why it belongs in the scene, how does it fit within the story,” Liu explained. “Have a reason, don’t just throw things into [the scene] just randomly. Everything has to have a purpose.”

“[Liu] is super dedicated,” said Anwar Bey-Taylor, GAM 3-D art instructor, who taught Liu when he first arrived at the university. “The way he used a modular system to create a few pieces and just use those to make the scene is super optimal and [an] advanced environment technique.”

Originally from China, when Liu transferred to the Academy from New York University in Spring 2017, he was intent on learning every step of the game development pipeline. Bey-Taylor said he had Liu in three classes that first semester—Digital Sculpting, 3-D Environments and Texture & Lighting—who consolidated the individual class projects to one to replicate a real-world, professional studio workflow. 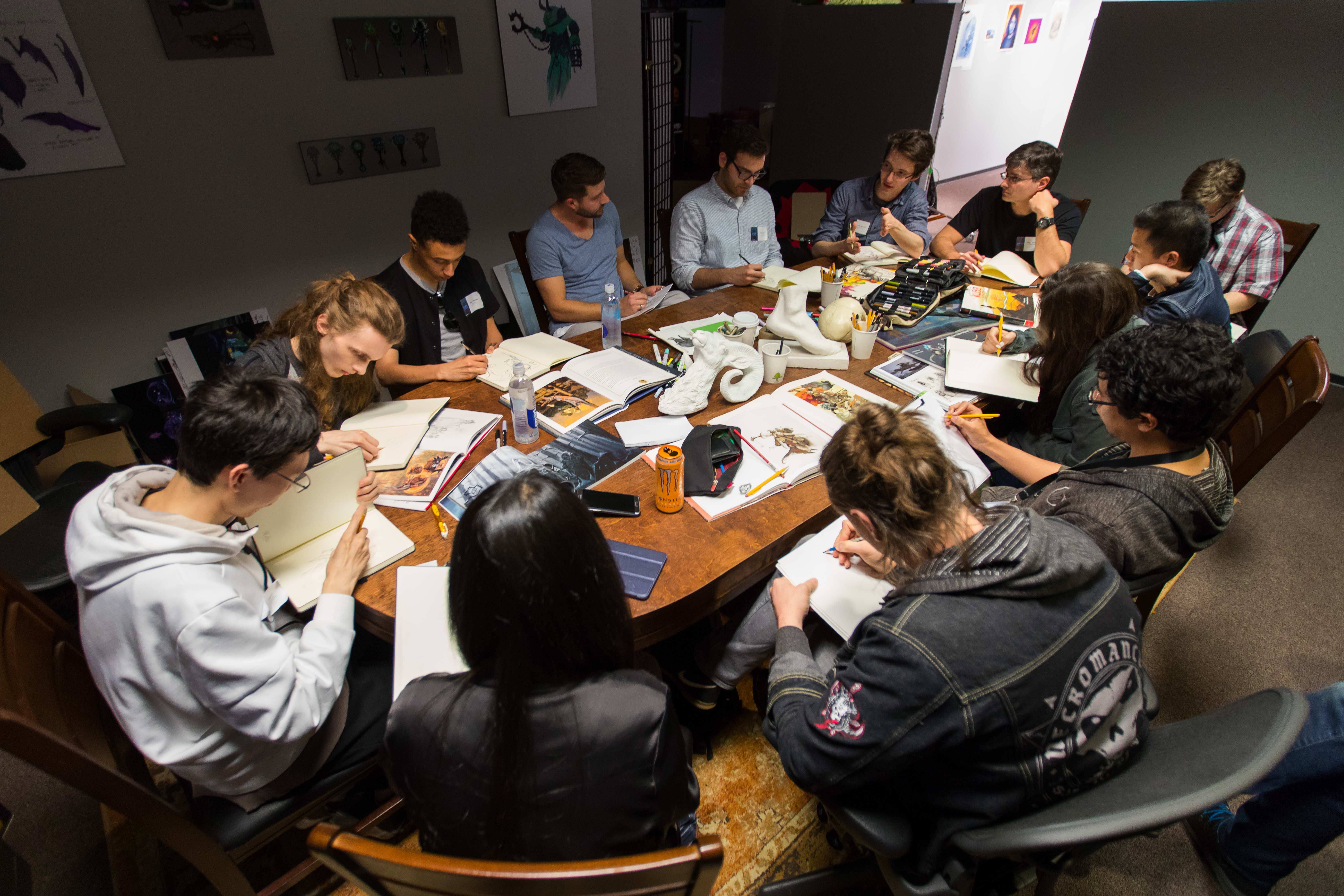 “Yang definitely has some really good concepting skills—just an ability to draw all the ideas he had in mind—and he definitely has a lot of creative ideas of how to put things together,” Bey-Taylor said. “He was super into modular environment creations and that’s a pretty common skill for professional environment artists, but it’s not something I noticed [a lot of] students are super passionate about although it’s very powerful and useful.”

After graduation, Liu said he hopes to land a position with a major studio, such as Blizzard, continuing in the footsteps of several GAM and art contest alums.

“I originally entered the contest just for fun,” Liu said. “The whole experience—being awarded a prize, visiting the headquarters and speaking with their artists—says [that] I’m headed in the right direction.”

An Immersion in Nature

Designing Toys for the Next Generation